2017 really brought its television game, as evidenced by the many Emmy nominations announced in July. And let’s be honest; we have all seen at least one nominated show, and may have binged a few (thanks, Netflix and HBO).

Programs ranging from the deeply emotional “This Is Us” to the sensational nightly comedy circuit of the “Late Late Show” will connect millions of fans Sept. 17, when audiences eagerly await the winners.

But while the actors and actresses were outstanding, they had some competition for the spotlight — from home designs.

Presented with aesthetics ranging from contemporary California beach homes to cozy Brooklyn apartments, we, as fellow avid television fans, collected shots from your favorite Emmy-nominated shows to help celebrate their success on the small screen.

Featured below are memorable spaces from “Big Little Lies,” “Master of None,” “The Crown,” “How To Get Away With Murder” and “Modern Family.” Use this as your excuse to do some last-minute viewing before the big awards show this weekend. 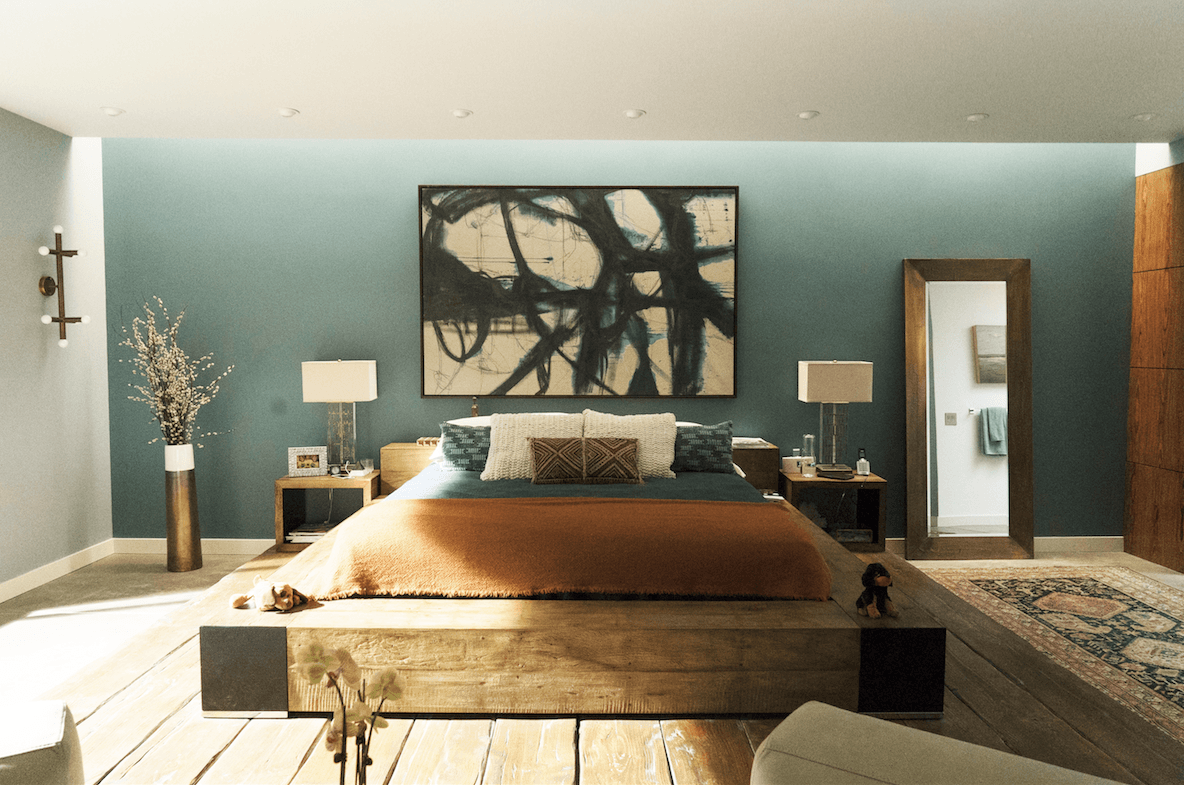 Mimicking the oceanic serenity outside, the bedroom of Celeste Wright (Nicole Kidman) juxtaposes a neat and thoughtful design with the character’s turbulent personal life. 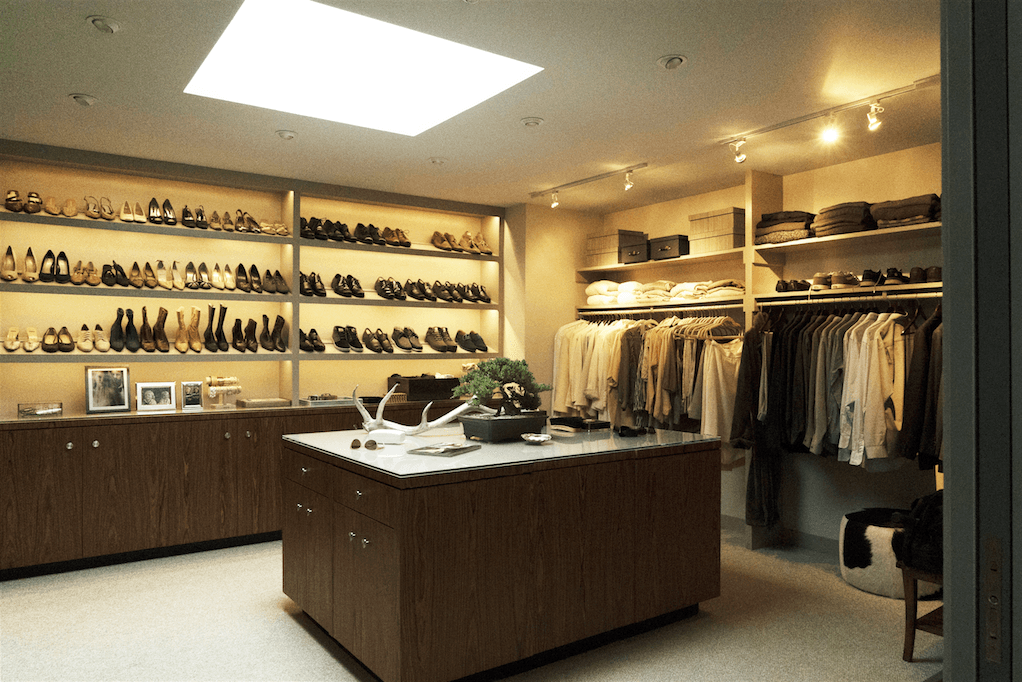 This may look like a typical walk-in closet, but it is actually so much more. A great deal of strife between Wright and her husband, Perry (Alexander Skarsgard), unfolds in this space.

Filled with great pieces of clothing and decor, it makes sense why the show was nominated for Outstanding Contemporary Costumes and Outstanding Hairstyling. 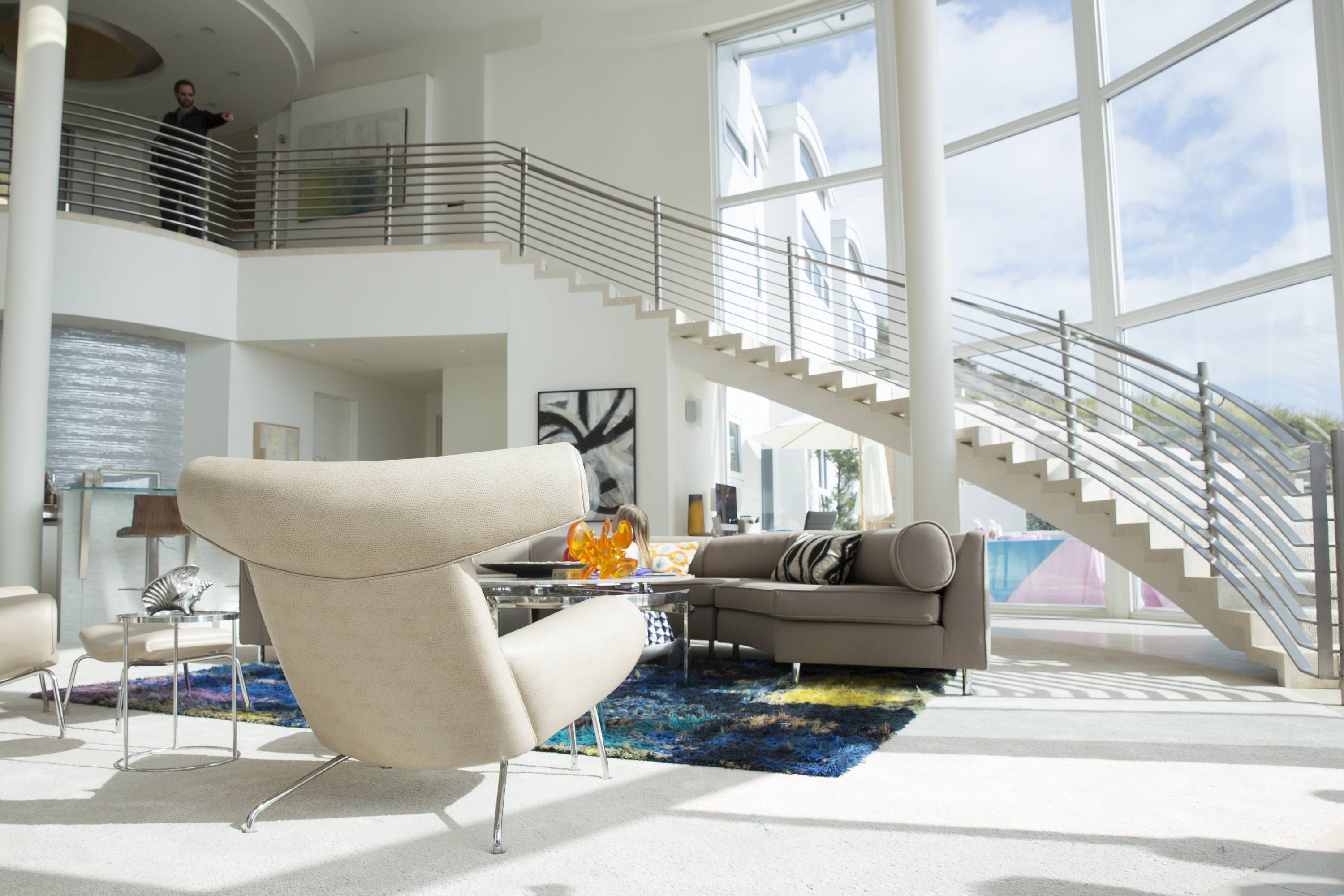 Seemingly straight from the pages of Luxe, the home of Renata Klein (Dern) is a contemporary design-lover’s dream.

With an indoor-outdoor flow that allows the family to both shield themselves from the elements and enjoy breathtaking vistas, this beachside estate has some of the most gorgeous shots in the entire limited series. 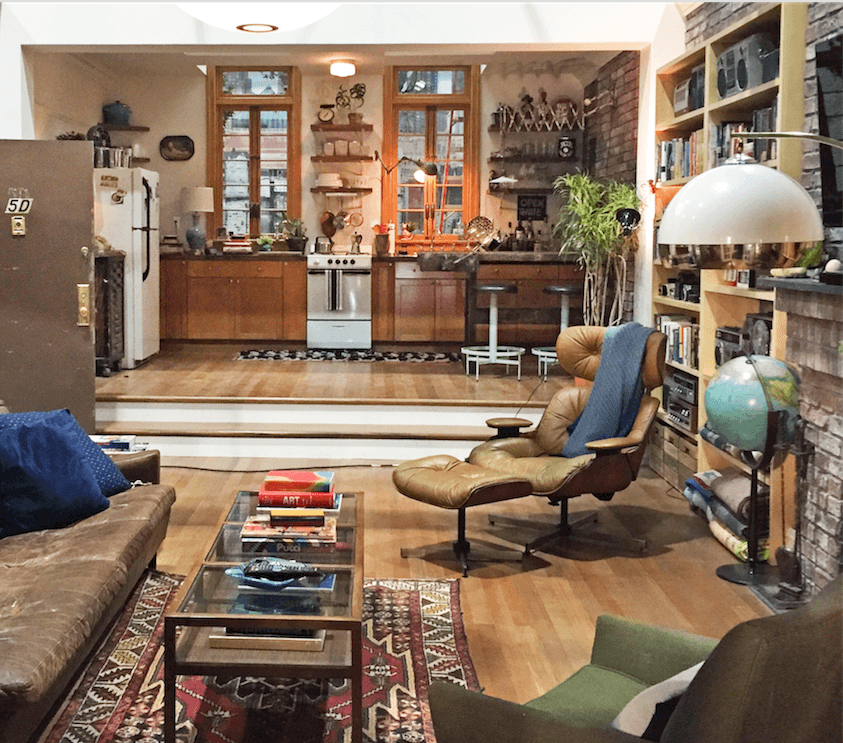 Many fans will immediately recognize the open-flow, exposed-brick Brooklyn apartment of Dev Shah (Aziz Ansari). From scenes featuring cozy movie nights, pasta-making and impromptu dance parties, many feel-good and heart-wrenching moments are centered in this abode.

Unsurprisingly, the show received a nomination for Outstanding Comedy Series. 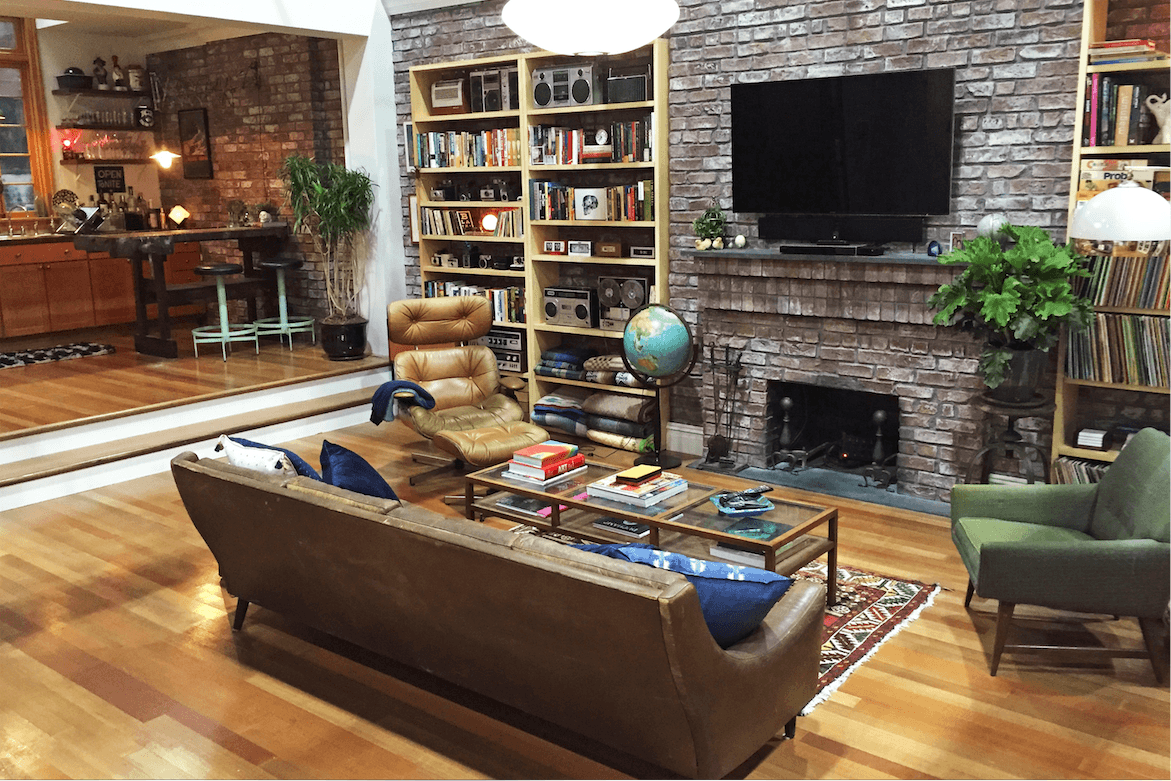 Celebrating both childhood and adulthood by hosting video game duels and film screenings, Shah and his friends spend a great deal of time in his Brooklyn living room. Inevitably, the characters all burst out laughing at a story or the situational humor realized by Ansari, who is nominated for Outstanding Lead Actor in a Comedy Series. 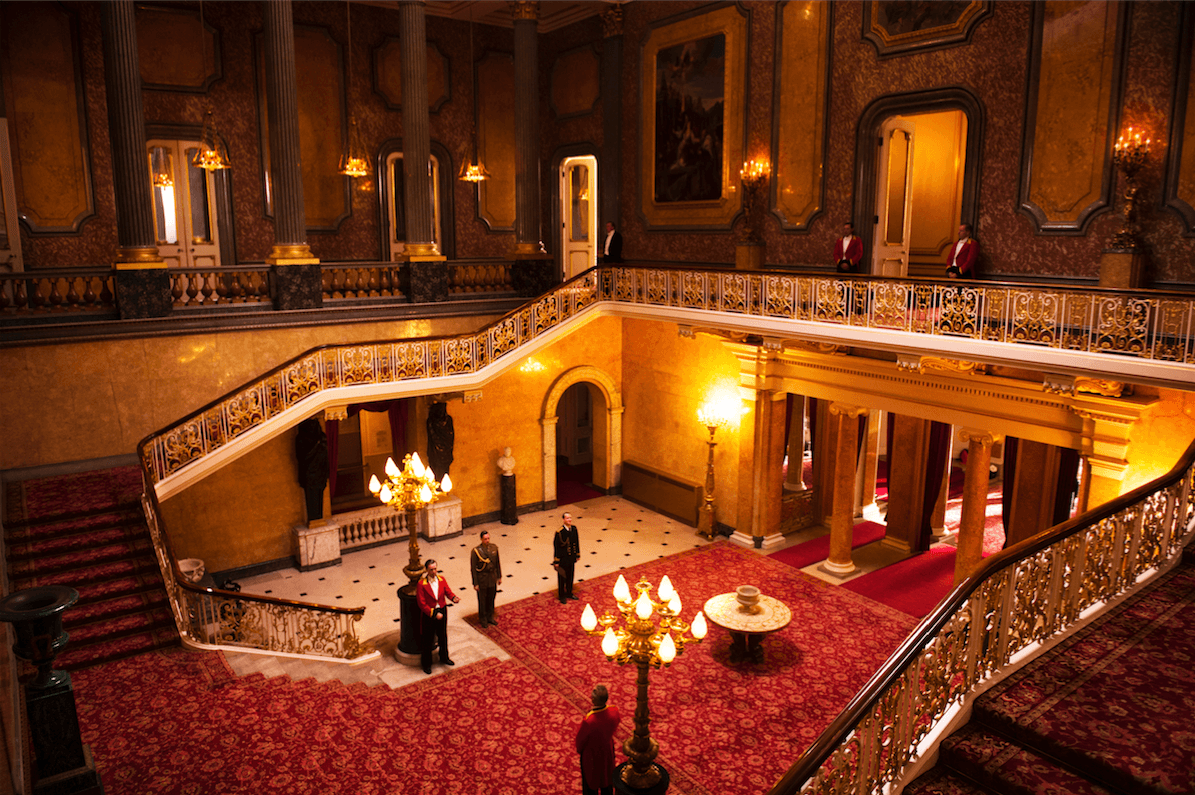 Making a major statement from the Royal residence (er, palace), Queen Elizabeth II (Claire Joy), along with family, staff and visitors, grace these halls multiple times throughout the series.

From avoiding the paparazzi to making formal statements, “The Crown” presents various life events with all the added drama that comes with being a member of the royal family. 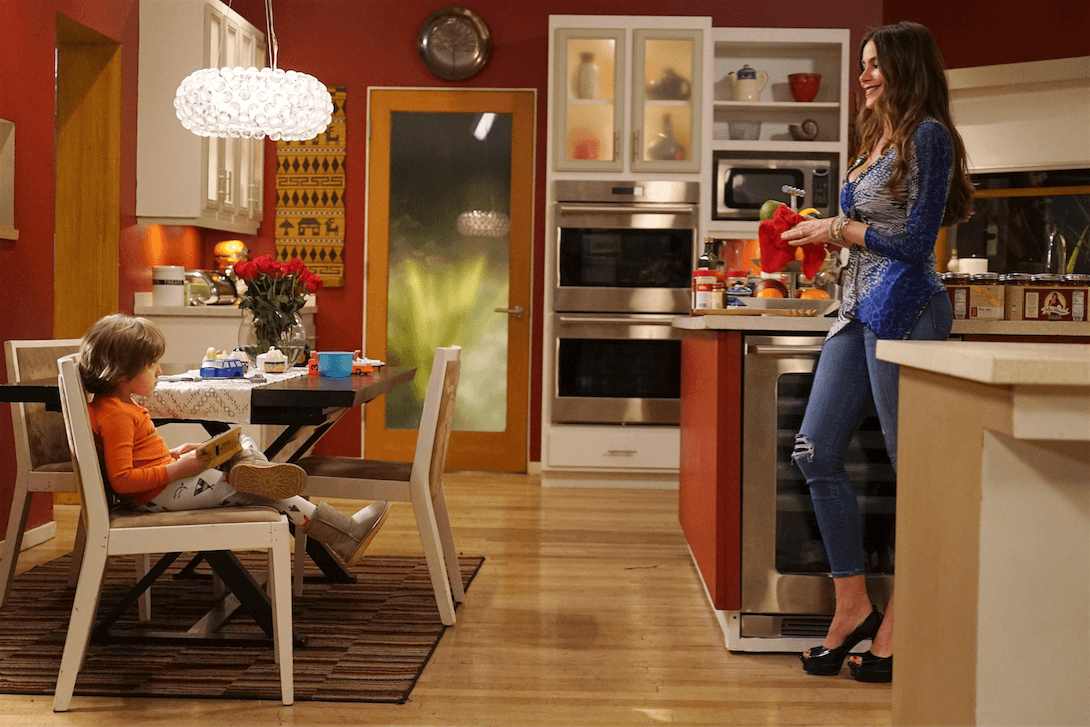 Despite the antics of the “Modern Family” clan, the home of Jay and Gloria Pritchett (Ed O’Neill and Sofia Vergara) is consistently stylish.

Nestled in suburban Los Angeles, the modern retreat is host to many family events where, inevitably, something hilariously goes awry.

HOW TO GET AWAY WITH MURDER 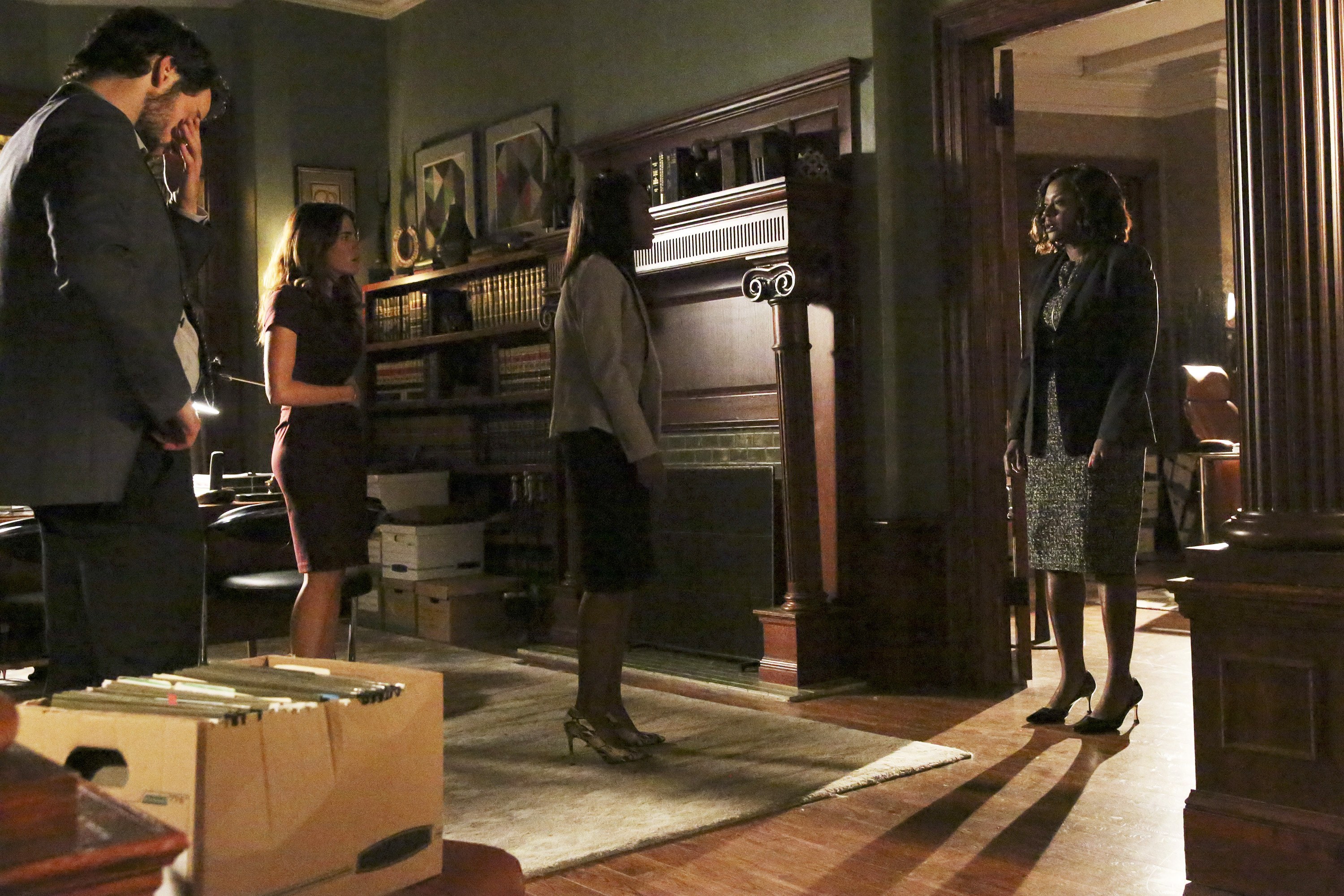 Annalise Keating (portrayed by Emmy-award winning actress Viola Davis) and her students take on socially complex cases at the attorney’s suburban Philadelphia home, which serves as the base of operations. Many emotional outbursts and drama-filled scenes take place in this living room.

Davis and actress Cicely Tyson are nominated for their roles as Keating and Ophelia Harkness, respectively. Will Davis’ performance win her a second Emmy? Tune in Sept. 17 to find out.