Watering holes atop a trio of the city’s coolest hotels are as much about visuals as they are about the cocktails. 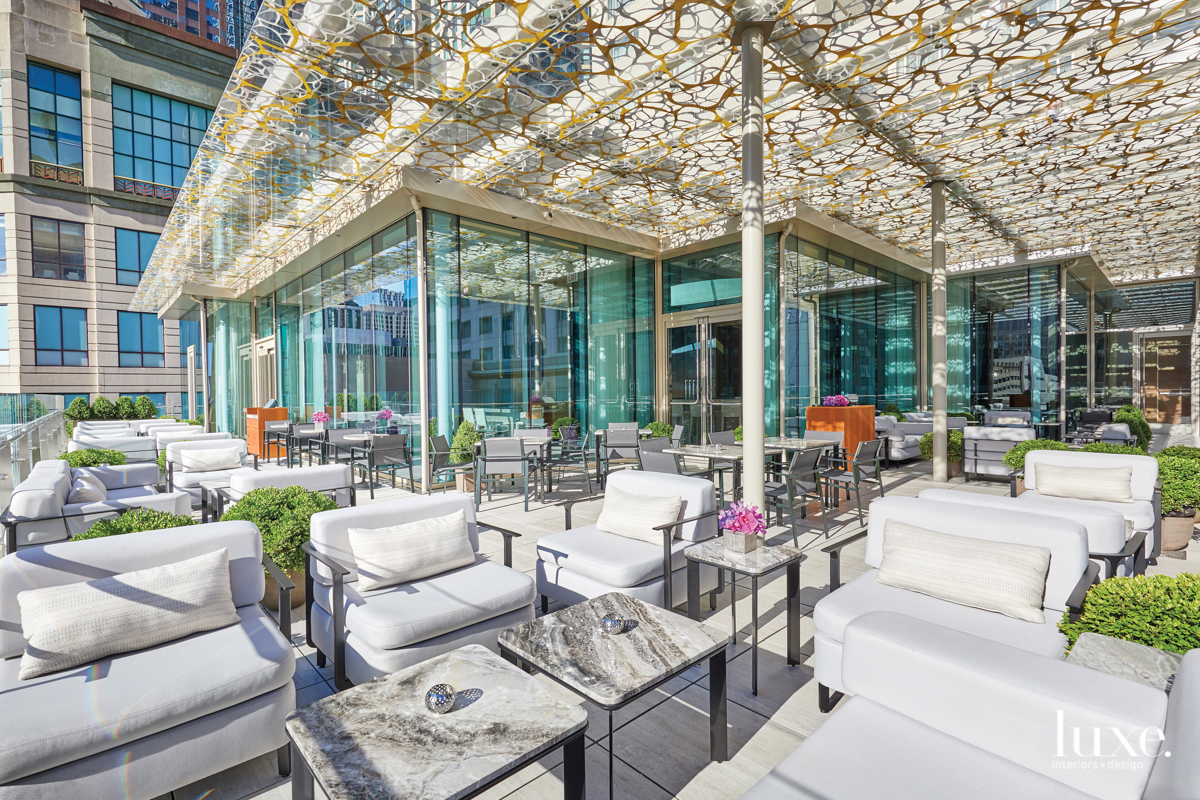 Designed by Yabu Pushelberg, this space at The Peninsula Chicago projects a contemporary look with a sophisticated vibe. A progression of lounges, Z Bar features murals depicting the city’s bridges, while playful pug portraits are a nod to the pets of Z Bar namesake and The Peninsula general manager Maria Zec. It pulls off upscale without pretentiousness, and the staff, outfitted by designer Daryl Sneed, wins best dressed. 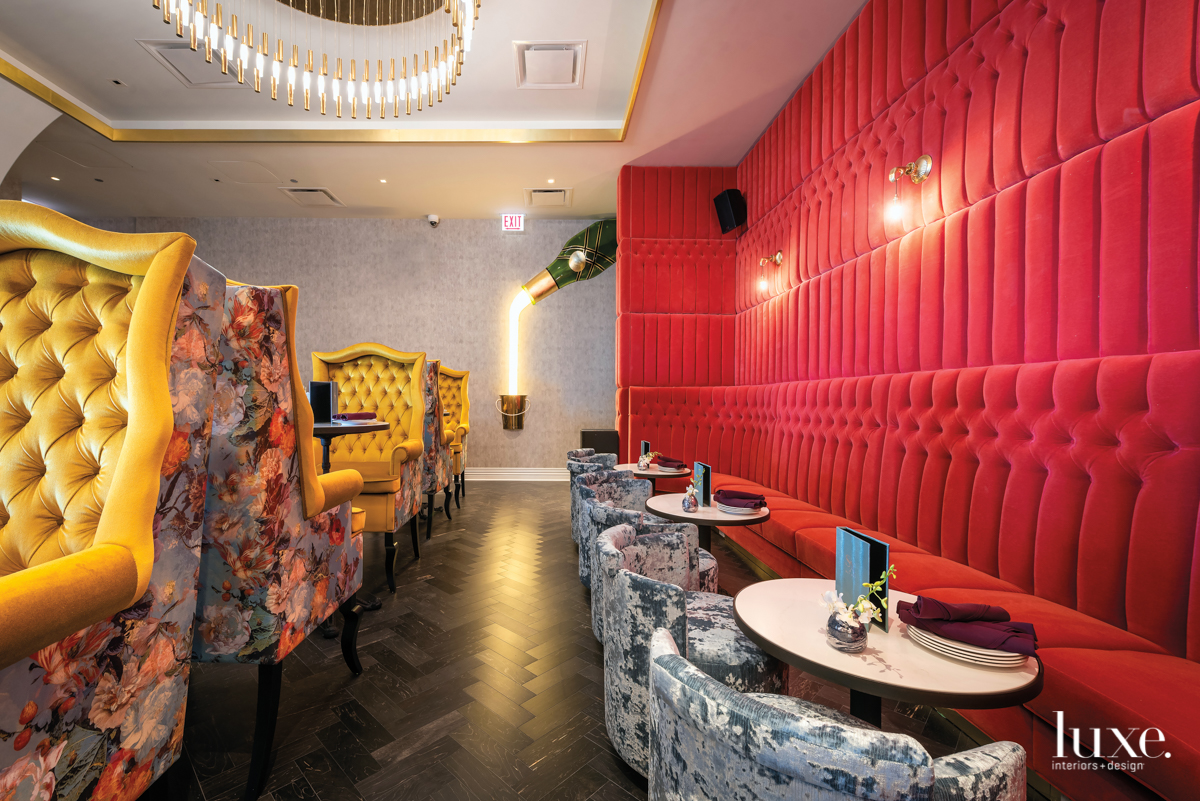 An eclectic mix of colors, patterns and lighting creates a sensory experience atop Hotel Essex, reopened in April. Whimsical and bold, the space contains multiple bars and hidden nooks. “SX is, on one hand, a place to be on display, and on the other, a place to find your private corner,” says Chris McDonough, principal with The Gettys Group, who collaborated with designer Christy Collins. 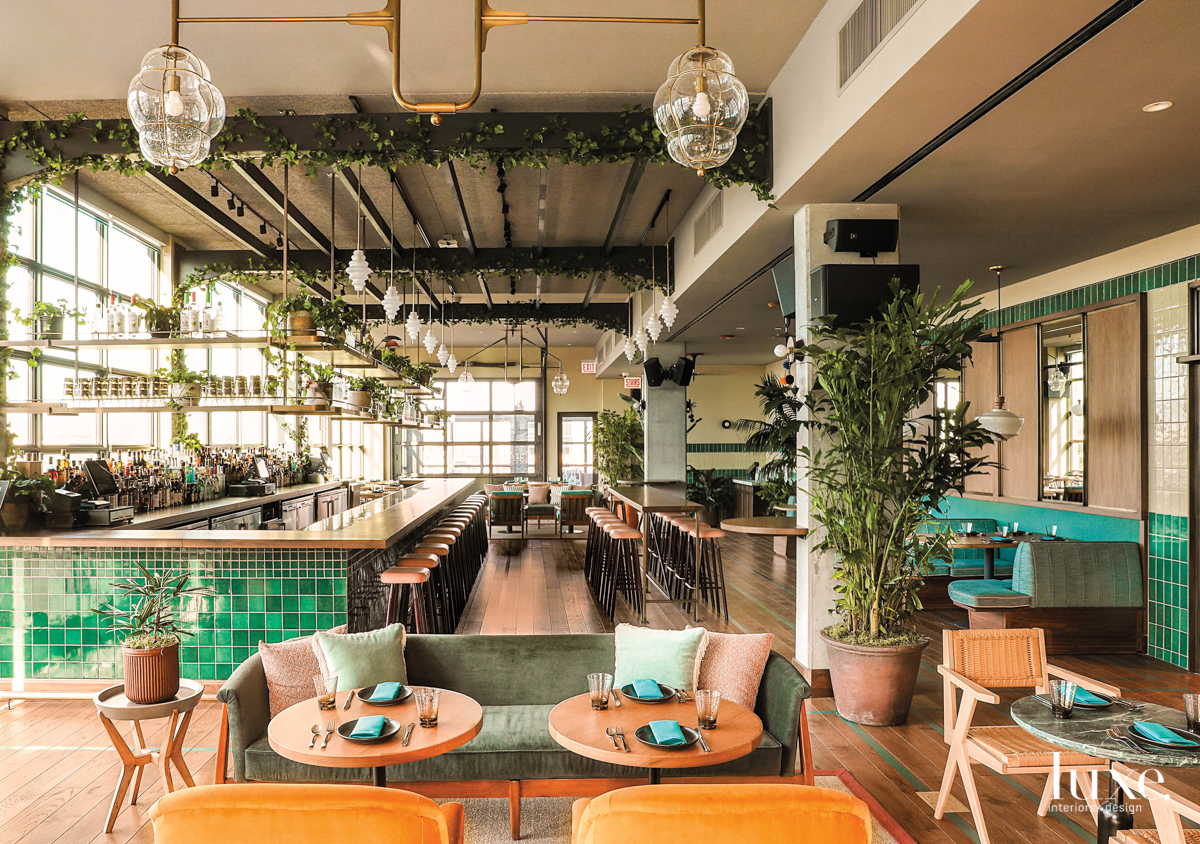 Opened in April, Cabra is situated on top of The Hoxton hotel. Chef Stephanie Izard’s Peruvianinspired cuisine was bound to be a hit, yet the restaurant’s design is just as enticing, with details like glossy green tilework and pom drapery touches. “We dove into experimenting with bold colors and textures to pay homage to the South American country’s cultural vibrancy,” says Adam Farmerie, principal at AvroKO.