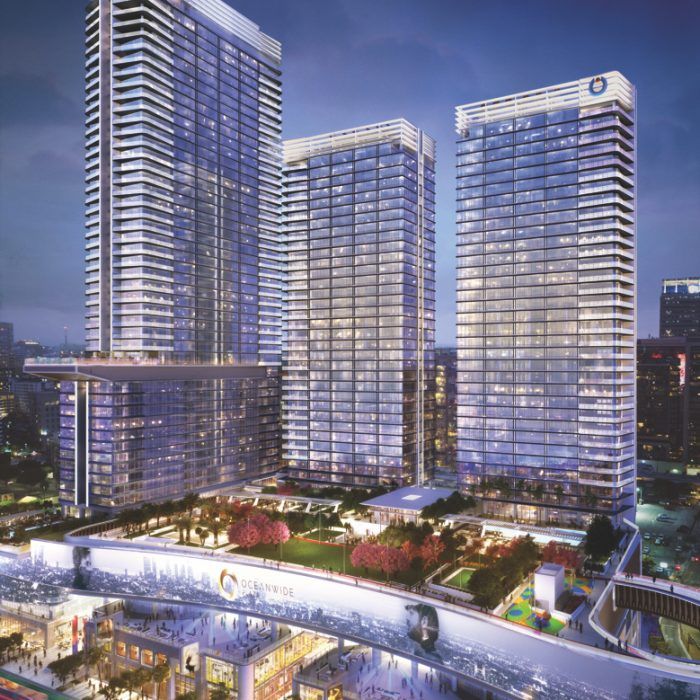 Designed by CallisonRTKL, Oceanwide Plaza, which will debut in early 2019, will include a 166,000-square-foot retail and restaurant space, twin towers housing the Residences at Oceanwide Plaza and the five-star, 184-room Park Hyatt Los Angeles hotel. Topping off the hotel is the Park Hyatt Los Angeles Residences featuring 164 luxury homes custom-designed by Studio Munge. Layouts offer one to three bedrooms, with half-floor and duplex penthouses starting on the 50th floor. On the corner of 11th and Figueroa streets, the location offers access to the Staples Center and all of downtown’s offerings. 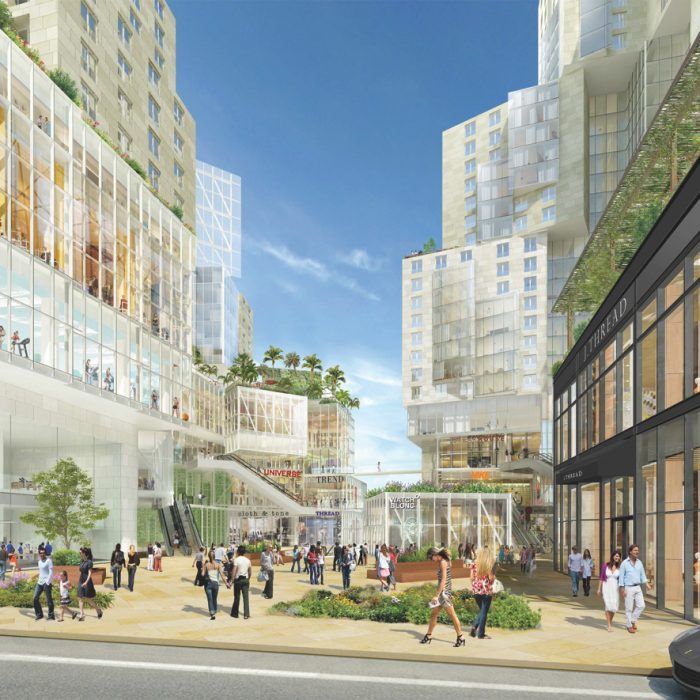 Construction is set to begin this year on the long-awaited Grand Avenue Project designed by Frank Gehry. The development, a collaboration between Related California and the Los Angeles Grand Avenue Authority, will bring a second quintessentially Gehry building to the city’s cultural core. The design uses block-like shapes to create structures resembling stairs, turning and projecting in dynamic forms across the 9-acre site. The complex, which is slated for completion in 2022, will sit directly east of Gehry’s famed Walt Disney Concert Hall, which opened in 2003. 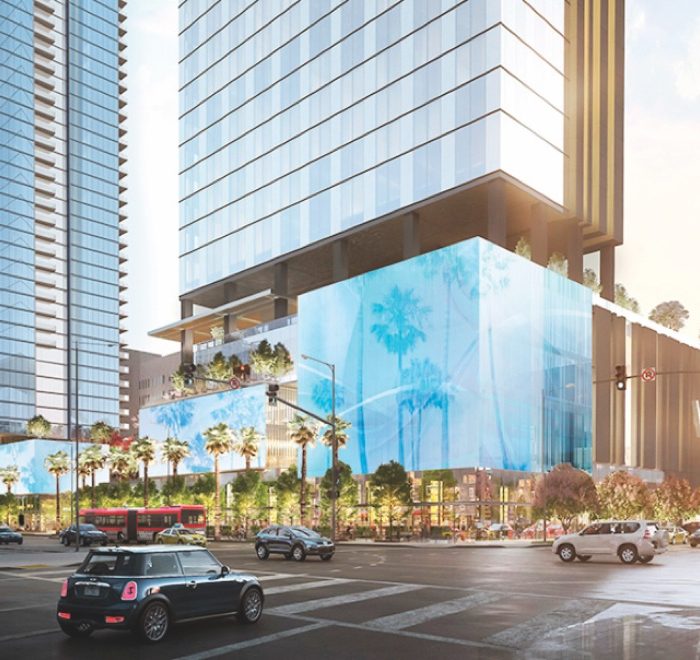 Sited opposite L.A. Live and the Staples Center, the Hazens L.A. Center will create a new residential, hospitality and retail hub. Developed by Shenzhen Hazens Real Estate Group, the 49-story residential tower, designed by Steinberg, will include 435 condominium units, while the 29-story Gensler-designed W Hotel will anchor the southern corner of the site. A public plaza and podium draw inspiration from the mountain and cityscape views featuring tree-lined terraces and meandering trails. Construction is planned for two phases with the hotel breaking ground this year.