Three of our favorite Arizona hotels have just undergone extensive renovations that will inspire you to plan your desert getaway. 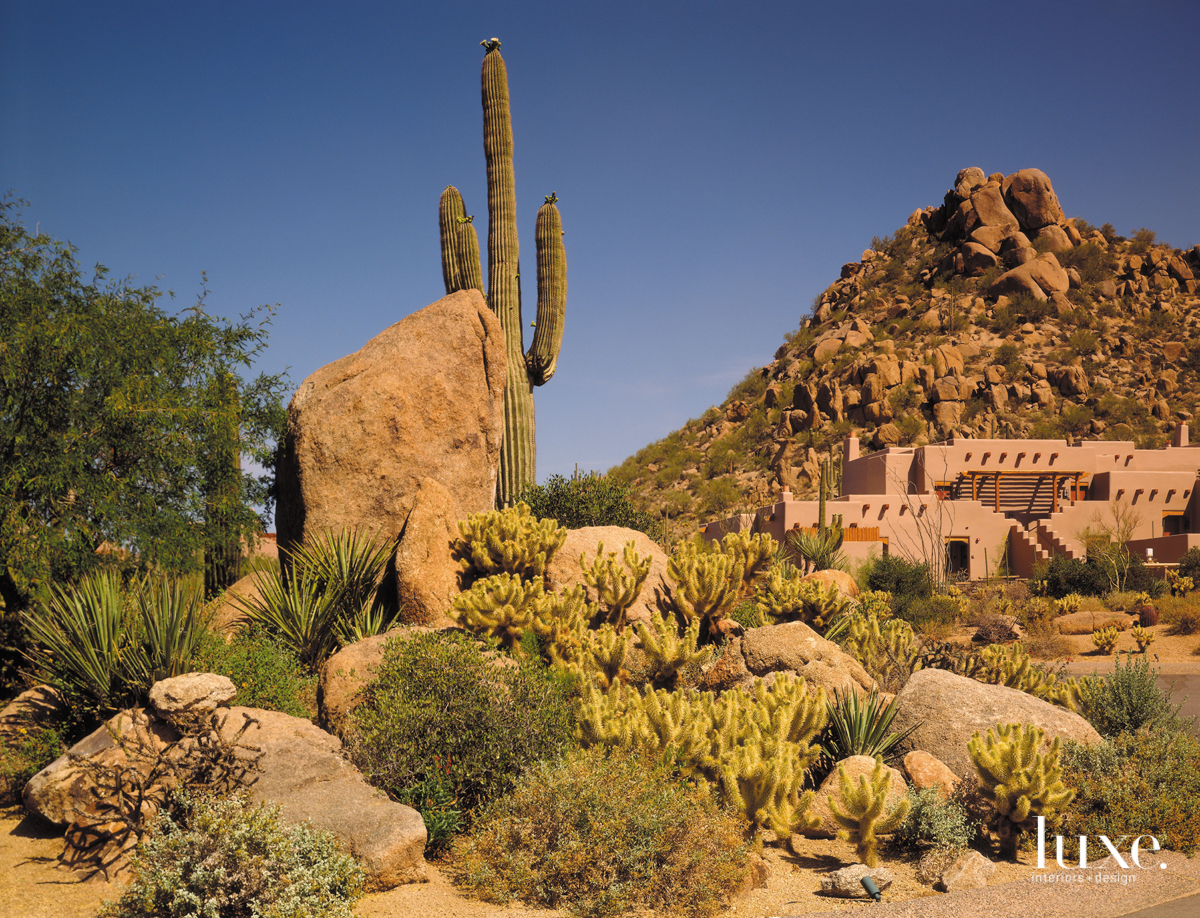 With the redesign nearly complete, the Four Seasons Resort in Scottsdale is more alluring than ever. Updated by Whitespace Interiors, “The unrivaled locale was a powerful force that guided the design,” says principal Michael Dalton, who sought to “modernize the resort while imbuing the design with subtle authenticity.” Situated between Pinnacle Peak and Crescent Butte, the hotel was inspired by the site’s first building: heiress Lois Kellogg Maury’s 1940s Crescent Moon Ranch. Whitespace used earth tones and artistic touches, such as Brad Oldham International custom fireplace screens and woodpecker sculptures. Venturing out to shaded balconies, guests can admire the rugged cliffs and rock formations that led the heiress to select these views above all others. 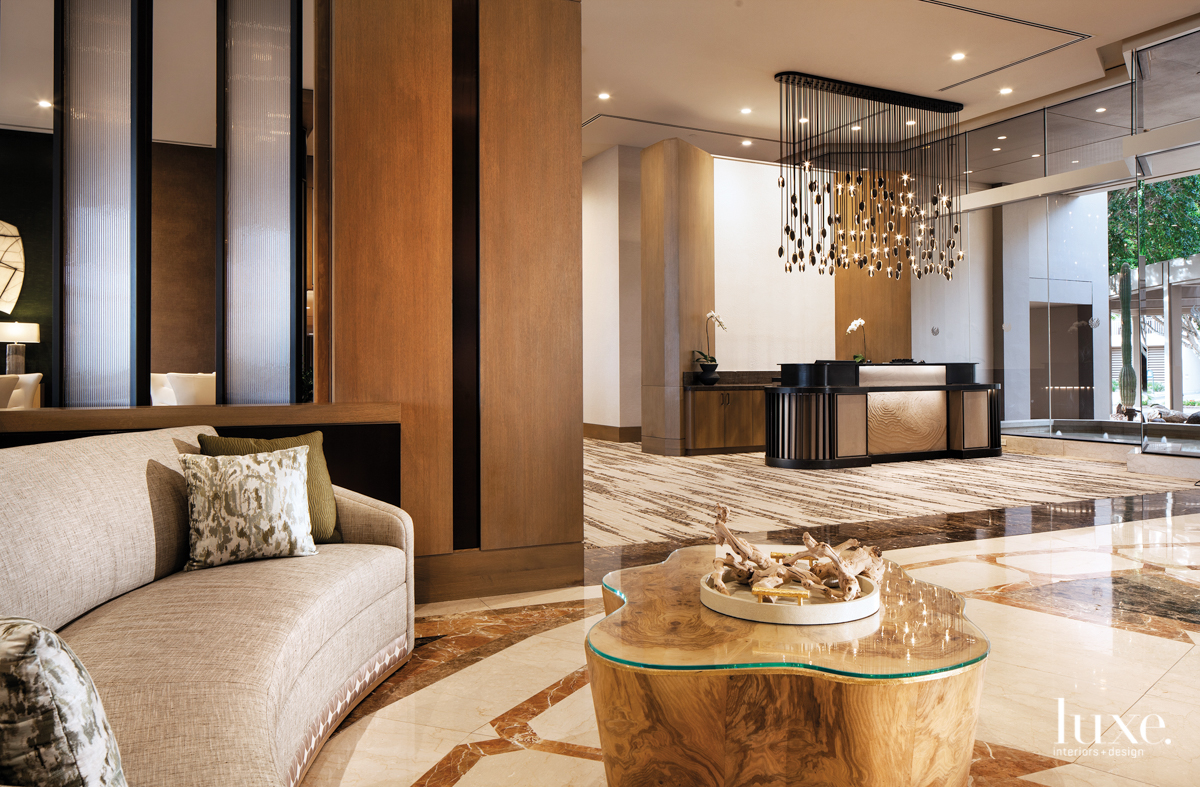 Located at the base of Camelback Mountain, the Phoenician was built in the 1980s by Long Beach architects Killingsworth, Stricker, Lindgren, Wilson and Associates. The goal was to create a Sonoran oasis complete with the extravagant touches that defined the era, such as a dome in the lobby covered with 24-karat gold. But when the resort’s public spaces were renovated last year, “Bringing the outside in was a major goal,” says principal Miriam Torres, of Parker-Torres Design. Over the concierge desk now hangs a chandelier inspired by the seedpods of the agave plant, the metal burnished to echo the surrounding landscape and each leaf illuminated with LED lights that make the seeds appear to glow. 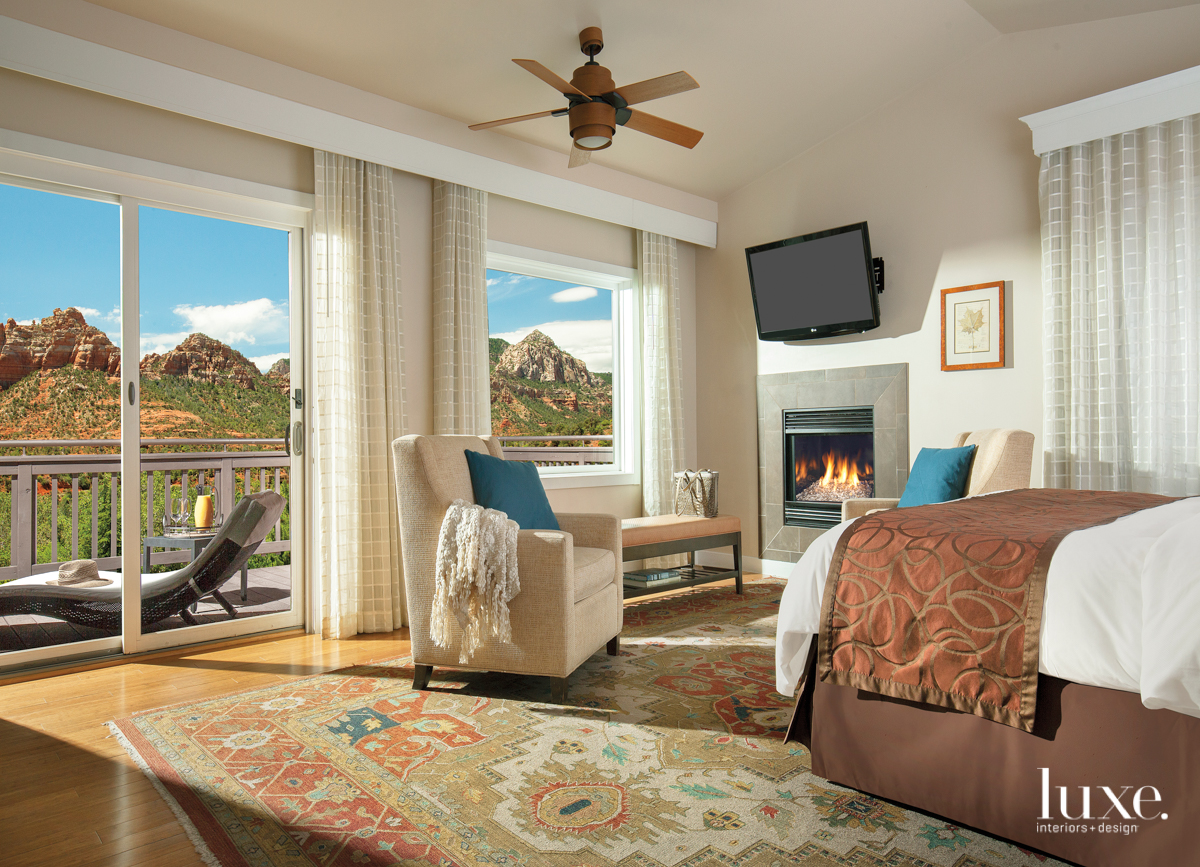 Nestled in the banks of Oak Creek, the secluded L’Auberge de Sedona is the go-to resort to enjoy the region’s famous Red Rocks. More than 30 cottages are undergoing major renovations by the California firm Cole Martinez Curtis to be completed in early 2019, among them sumptuous creekside cottages as well as the resort’s most exclusive accommodations, the Vista Cottages, which climb the mountainside and boast gas fireplaces, outdoor showers and spacious wood decks, not to mention unobstructed 180-degree panoramic vistas of colorful bluffs. For the update, managing principal Jill Cole went with neutral textures and layers to add richness and warmth to the rooms. “There’s not a lot of pattern–it’s very quiet,” says Cole. “We didn’t want to compete with the amazing views.”