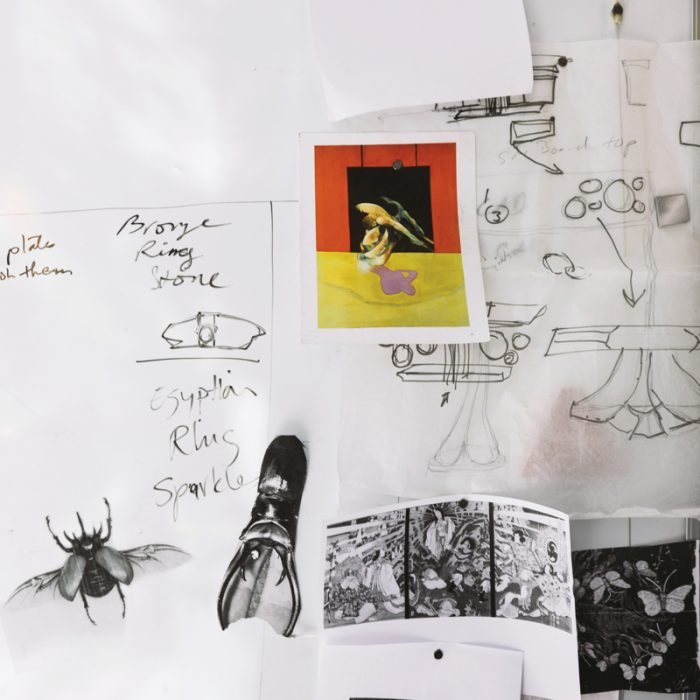 Chuck Moffit’s background is in sculpture, but the traditional remove between artwork and viewer seemed too limiting. “Walking around a sculpture and not being able to touch it or interact with it beyond trying not to bump into it, I just felt there was just so much more possibility,” says the Mount Baldy-based artist and furniture maker. It’s fitting then, that his current work–incorporating rich materials like bronze, glass, and leather to yield astonishing yet purposeful objects–straddles the edge between art and design. It is both envelope-pushing and utilitarian, with form and function existing in harmony. 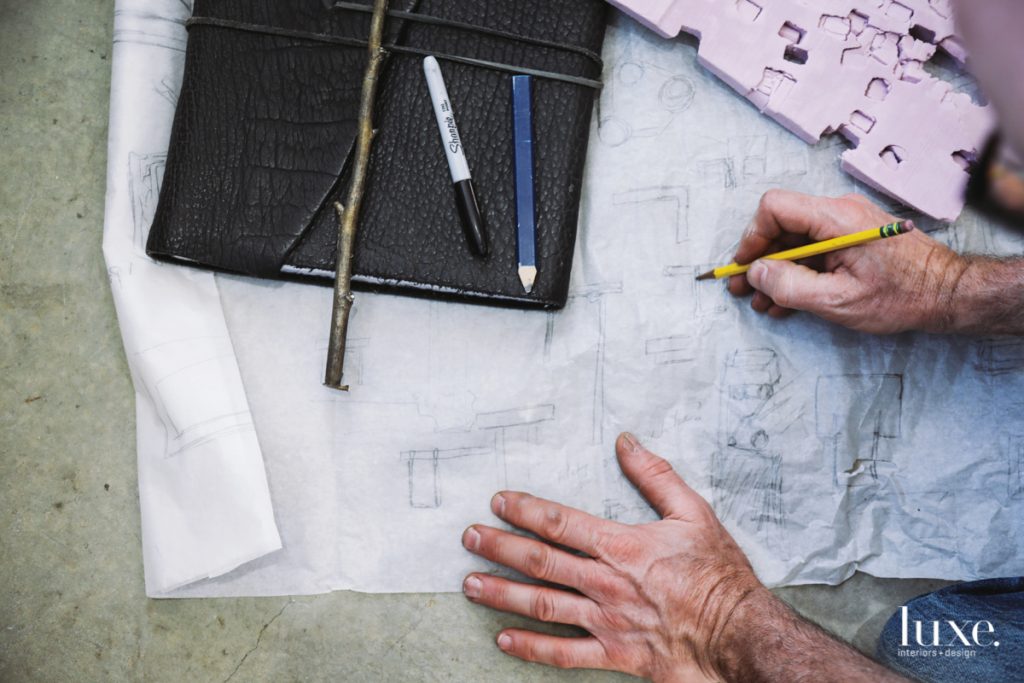 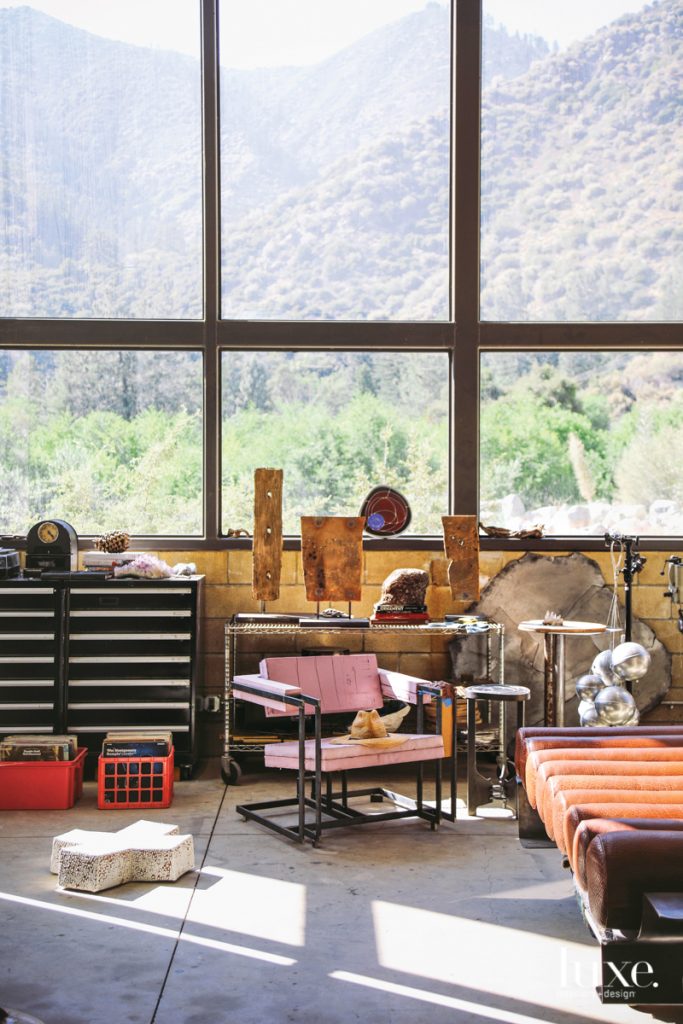 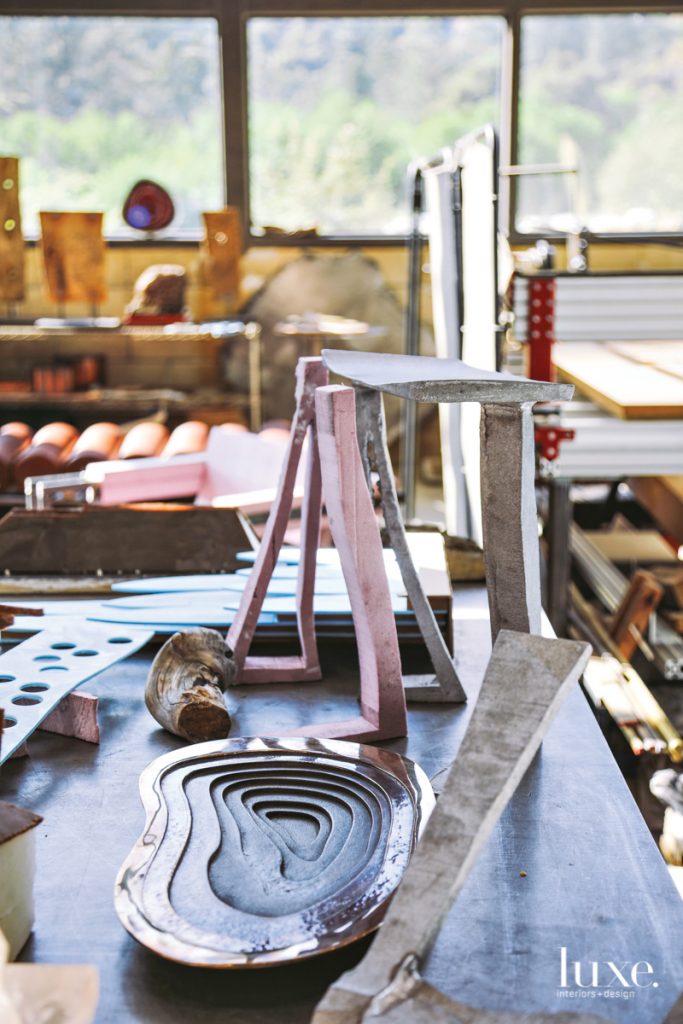 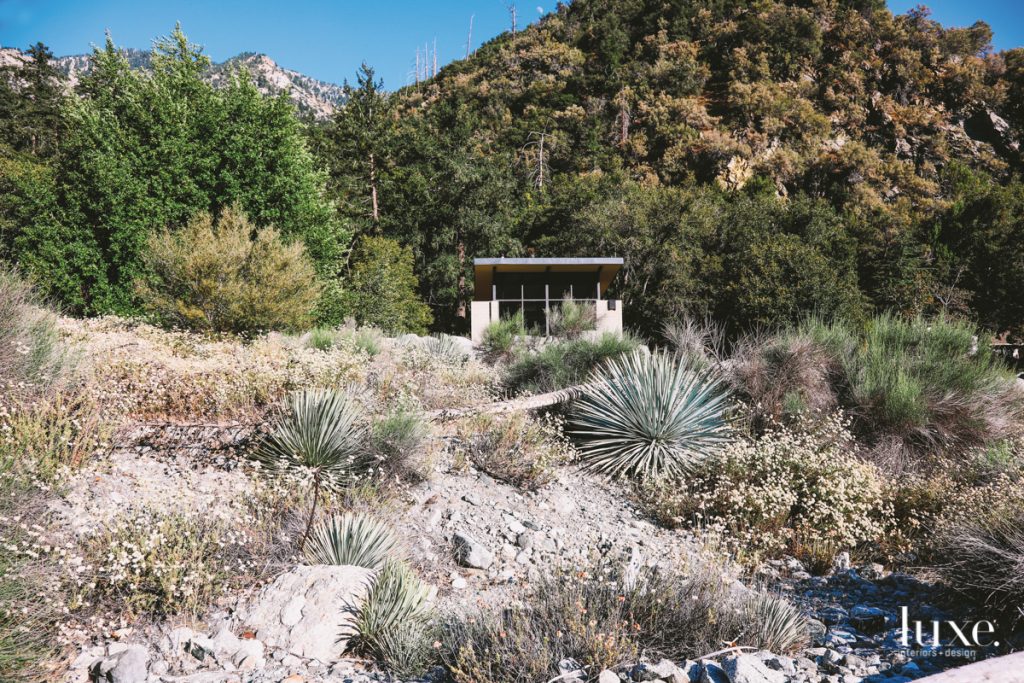 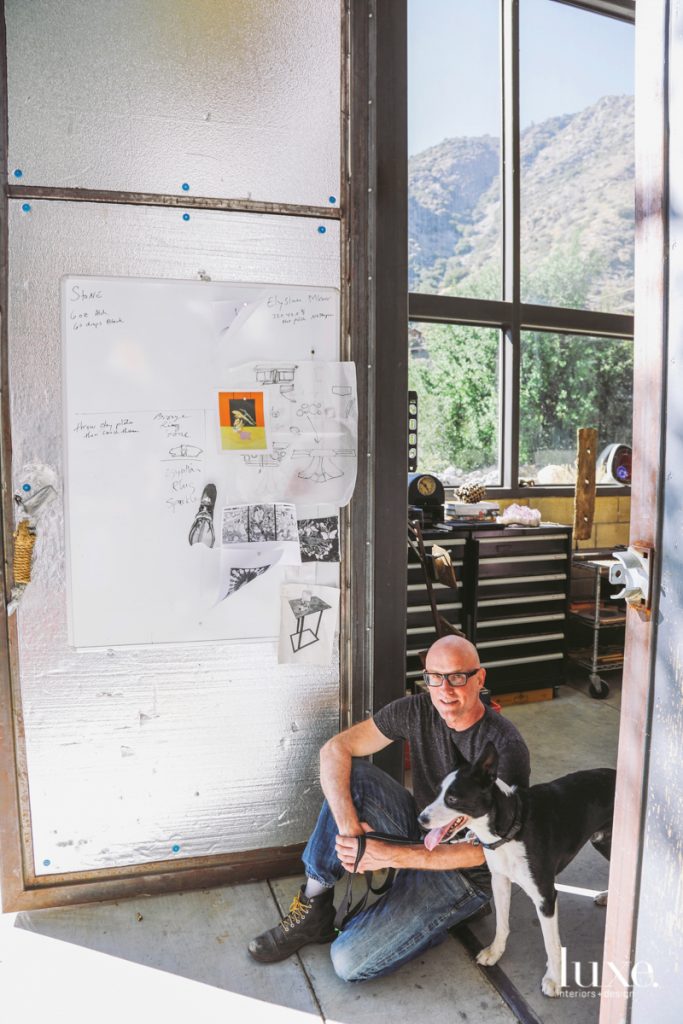 Chuck Moffit, with his dog, Elko, works out of a studio on Mount Baldy.

Chuck Moffit, with his dog, Elko, works out of a studio on Mount Baldy. 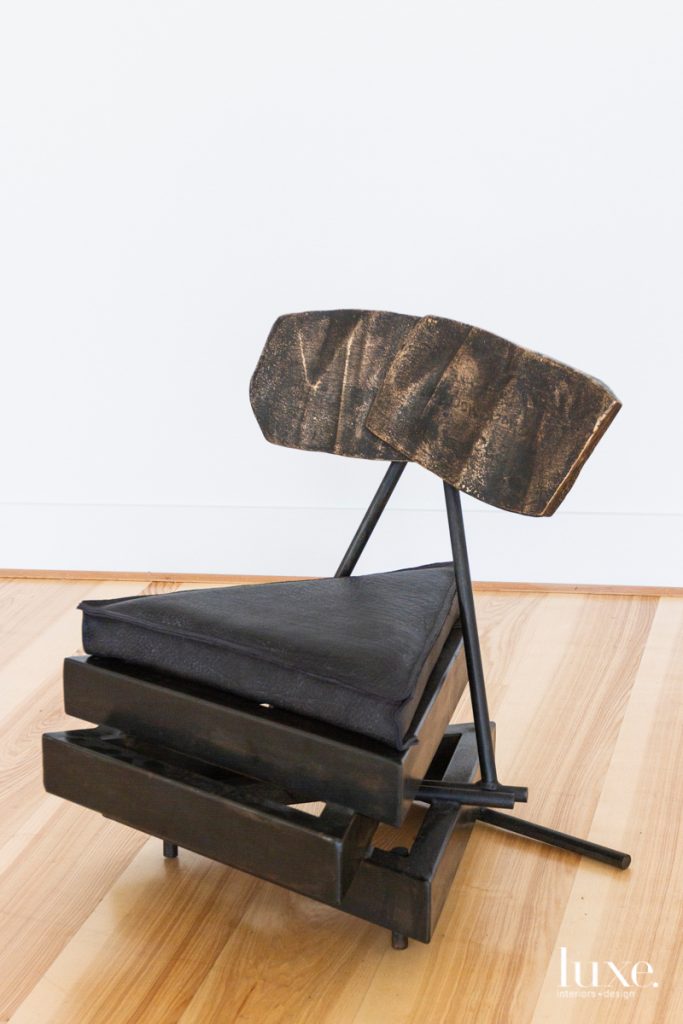 While Moffit counts the art of Richard Serra and fashions of Hussein Chalayan among his inspirations, Japanese design has also been a reference point, and a 2014-15 LACMA exhibition of Japanese armor from the 12th to the 19th century only deepened his fascination. “I didn’t realize for a while how much it stuck with me; I needed to dissect it in my head,” he says.

His ideas developed into the pieces shown in an installation at Eric Buterbaugh Gallery, “Chuck Moffit: With the Promise of Nectar,” featuring his imposing steel and cast bronze furnishings displayed amid purple dahlias. The artist considers his Oshibana center table from that series–which was influenced by the art of pressing natural elements such as flowers and foliage until they are dry and flat–a bridge to his new creations. “It was part of what samurais did to understand harmony and patience,” explains Moffit. “The craft is certainly important, but, for me, there also is a sense of ceremony and magic.”

Those qualities are apparent in Moffit’s series, “Armor Amor,” which debuted in October. The collection is an evolution of his previous work but finds the artist playing with subtler details and softer shapes, incorporating glass and leather elements as surface materials.Â “As the title hints, ‘Armor Amor’ explores both sides of the coin: protection and vulnerability,” he says. In addition to the case goods, tables, seating and lighting that he’s known for, Moffitt also introduced a series of sculptural tabletop objects in the form of bronze vessels.

Despite his stunning results–his pieces have been shown at Christopher Grimes Projects and the Hammer Museum and are available at J.F. Chen in L.A. and De Sousa Hughes in San Francisco to name a few–Moffit’s route from conception to finished product isn’t always a smooth one. He’s come to appreciate the constant problem solving, the mistakes-turned-welcome surprises, the tension. “I like to make things that are, at times, confusing to me–I’ll shoot for something and then pull the rug out from under myself,” he admits. “It’s just a battle in the studio sometimes. And it’s not necessarily me winning. But the piece has to win. I have to make sure it’s right in the end.”