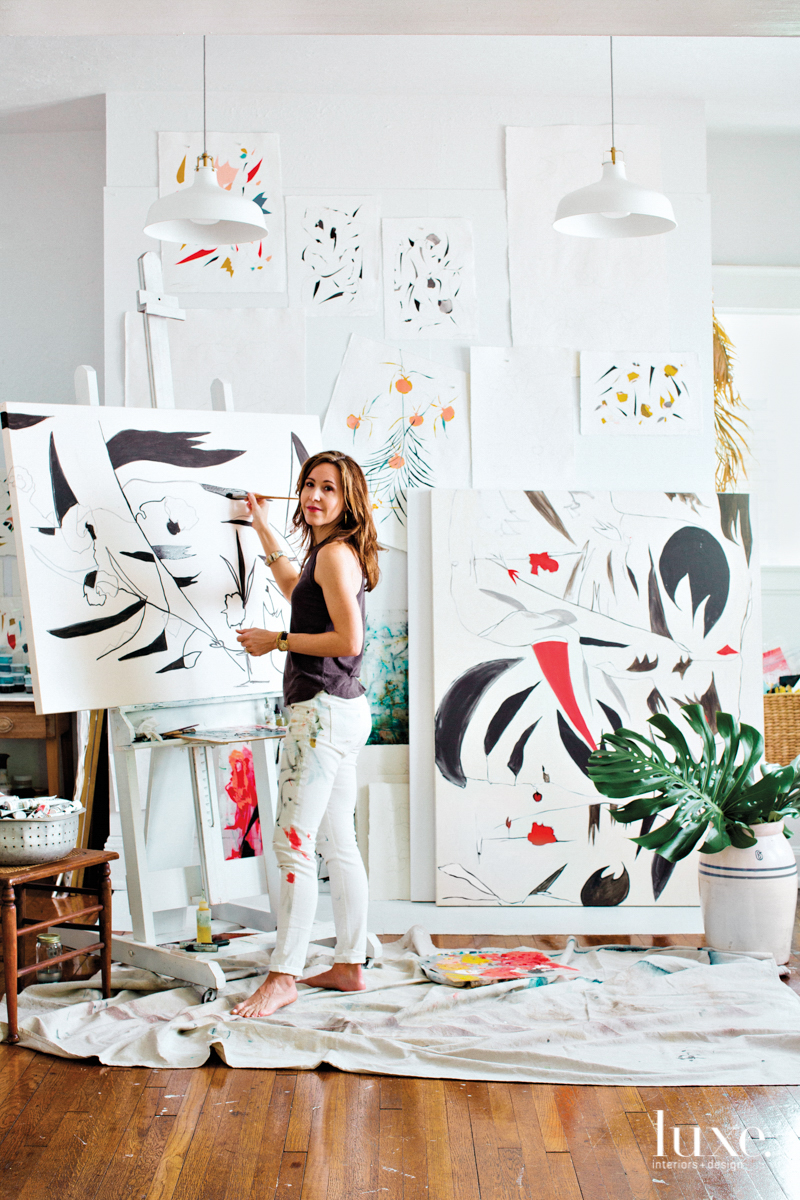 When I get into my studio, it’s like a pure state of consciousness,” says Alabama artist Lindsey J. Porter. “It’s a daydream state.” Produced from a small space with high, coffered ceilings in Birmingham’s historic Highland Park, Porter’s abstract works regularly attract the attention of design industry heavyweights thanks to their expressive lines, curated color palettes and almost otherworldly shapes. Says the artist of her signature deconstructed botanicals, “No leaf or flower is the same; they’re living things. I try to allow my mind to eliminate specifics and just let my hand draw.” 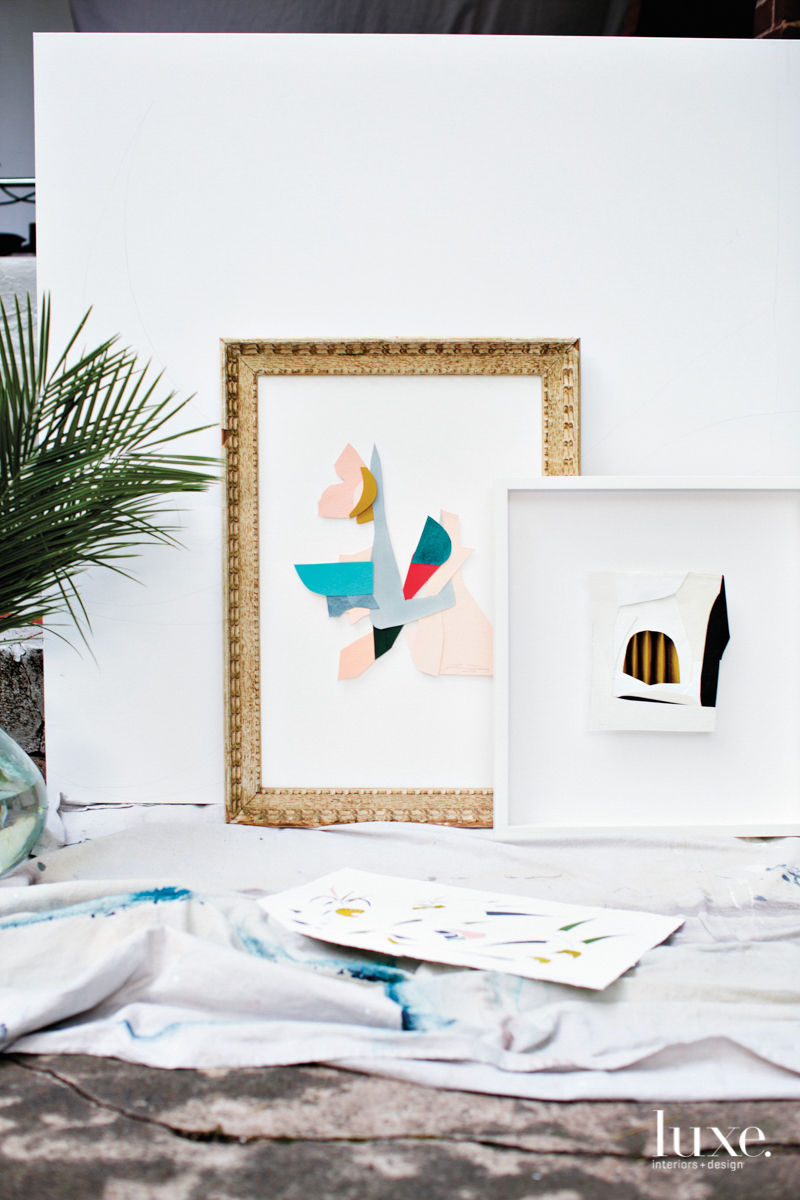 Through painting and collaging, a Birmingham artist finds her flow — in the studio and in life.

Through painting and collaging, a Birmingham artist finds her flow — in the studio and in life. 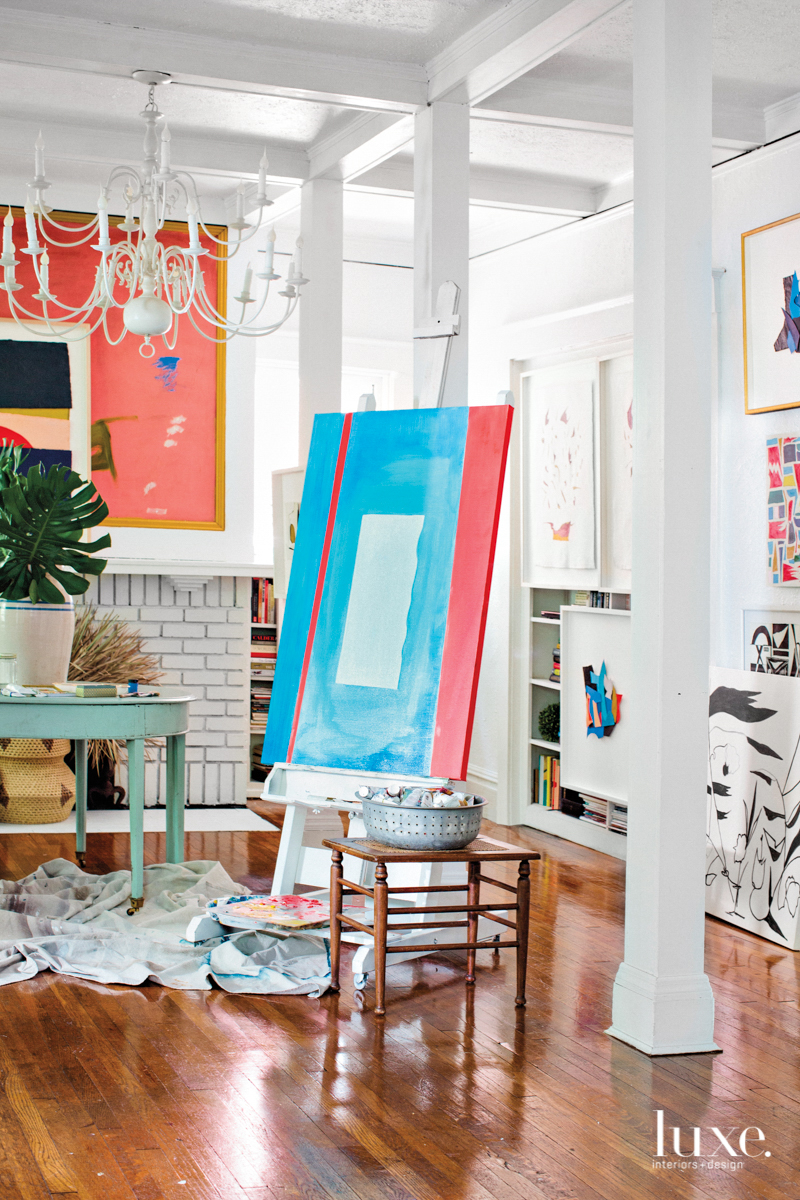 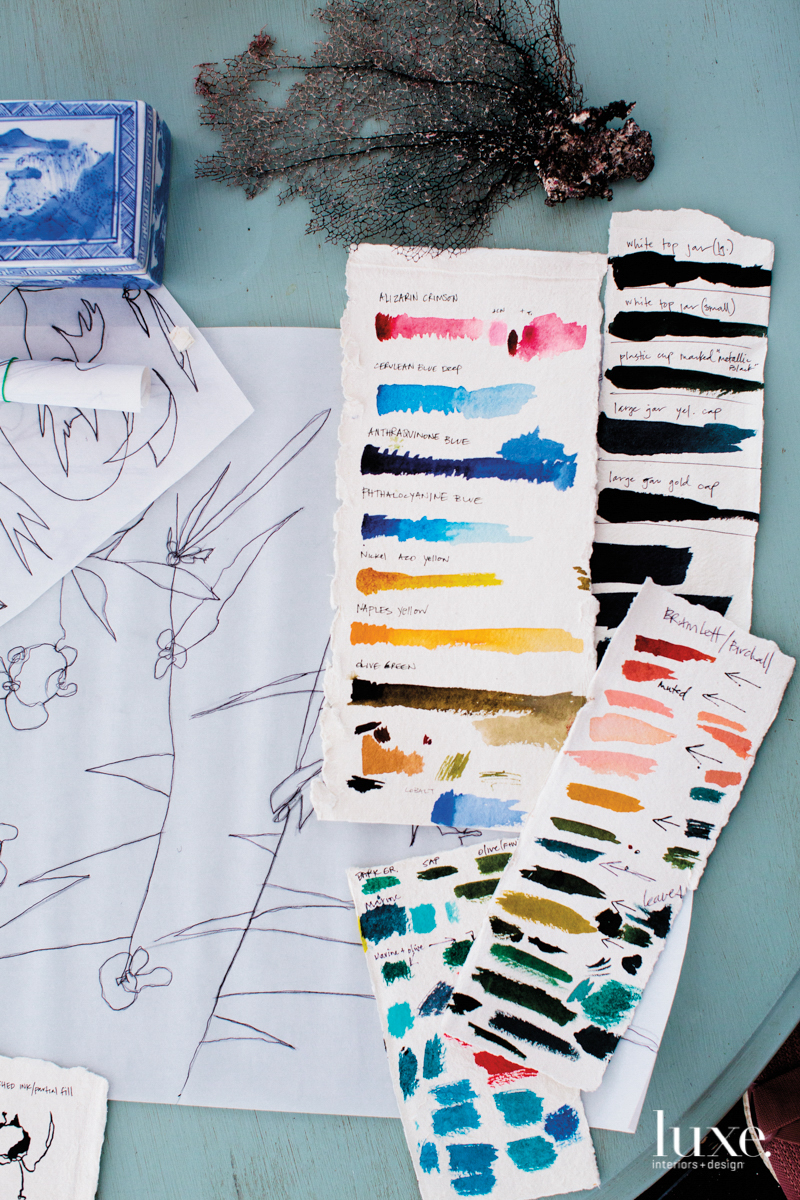 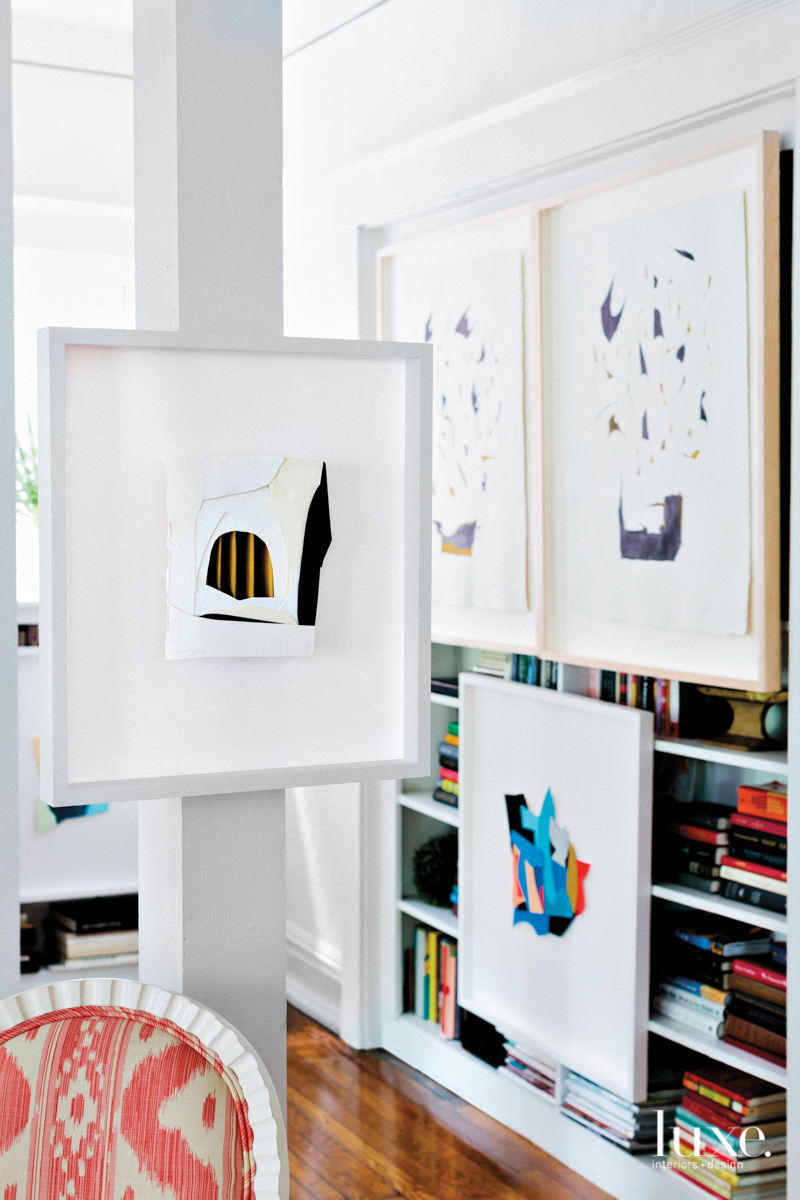 Nurturing imagination is essential to Porter’s process. “When I start to explore a new series, I’ll try to go even more inward—often, I’ll take a trip to see what resonates,” she says, citing extended visits to see family in Alabama and New Orleans, sojourns in Paris and Rome, a sailing trip from Key West to Cuba, a scuba-diving excursion in Belize and an ambitious cross-country drive. “Working from home, there is a need to balance the sense of confinement I feel. I might work for two weeks, then take two off.”

This thirst for adventure was evident in Porter even from an early age. Although she’s painted since childhood, even apprenticing in a professional artist’s studio at age 10, “I dreamed of being an actress,” admits Porter, who studied film at the Savannah College of Art and Design (“Being surrounded by classmates from around the world was an education in itself!”) and dabbled in photography following her 2005 graduation until painting beckoned once more.

“I’m so inspired by artists from the 1940s, ’50s and ’60s,” she says, citing Abstract Expressionist Fritz Bultman, the New Orleans-born painter, sculptor and collagist who went on to become part of the New York School. She’s a fan of contemporary California artist Mark Bradford, too, noting, “His work makes me think outside the box.”

These many layered influences have manifested a body of paintings on both paper and canvas, plus intricate collages that can sometimes take weeks to complete. A stickler for the handmade, Porter sources her 100 percent cotton rag paper from fourth-generation Indian makers and blends her own custom paints from raw pigments—occasionally oils but mostly watercolors, India inks and acrylics.

Porter’s works are available at galleries throughout the region (Anne Irwin Fine Art in Atlanta, Gallery 1930. in Birmingham, Sarah Bartholomew’s SB in Nashville) and she directly accepts commissions (“I see it as a challenge to create within guidelines,” she explains). Ever the designer darling, Porter’s pieces frequently can be spotted at Serena & Lily stores in Atlanta and New England as well as numerous show houses around the Southeast. “I love art, I love design and I love exploring,” Porter says. “The hardest part is reminding myself not to rush.” 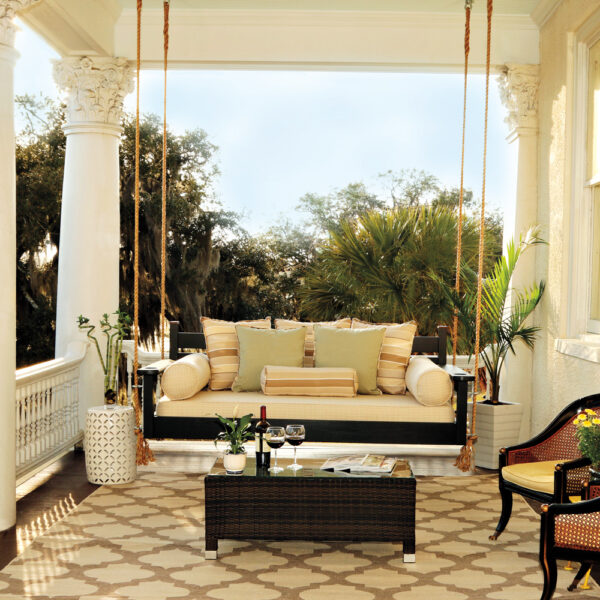 3 Historical Hotels In The South Ideal For A Coastal Getaway 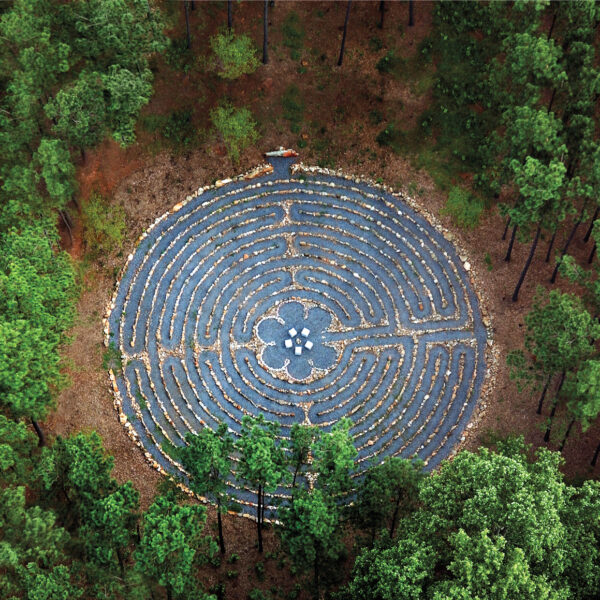 Behind The Rise Of Agrihoods And Wellness Communities 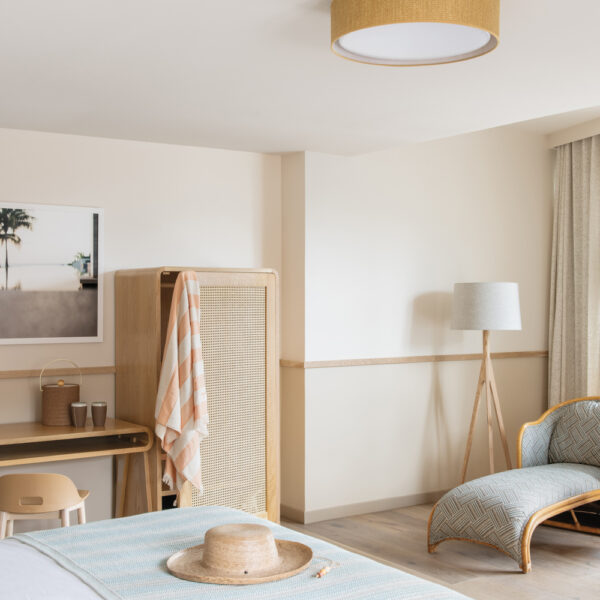 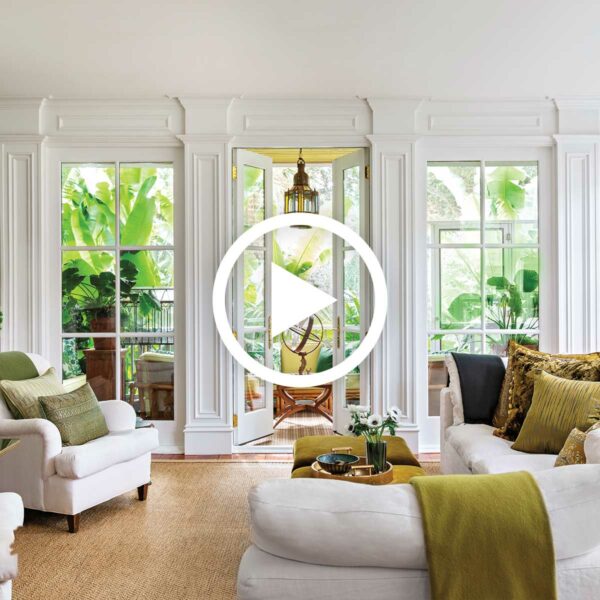