Influenced by their formative years, state-side and abroad, five creatives are evolving the definition of American-made furnishings and accessories. 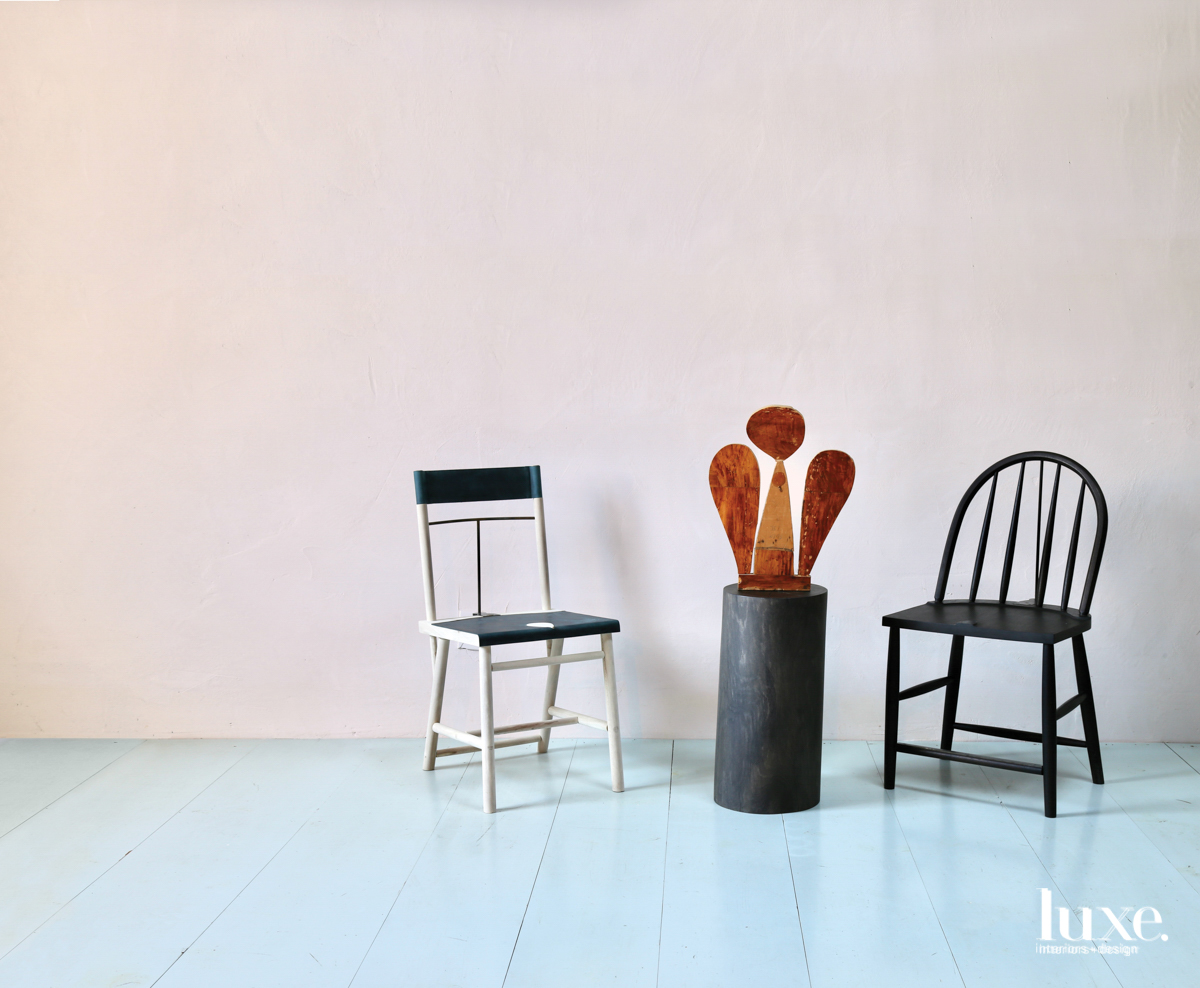 Growing up in rural Pennsylvania with parents who were both involved in the arts, Jonah Meyer was drawn to a profession involving artistry and craftsmanship. Surrounded by a traditional landscape and instilled with a hands-on approach during his childhood, Meyer found himself continually crafting something new and often practical. After graduating from Rhode Island School of Design in 1993, he moved to the Catskills, opened a studio–which later became Sawkille Co.–and began making chairs, a self-admitted obsession. “It was always something I did on the side, and I consider it the ultimate challenge,” says Meyer. “Chair mechanics should balance cool design and ergonomics.”

Working primarily with wood out of his Kingston, New York, studio, his process is as uncomplicated as the raw materials he uses by steering clear of computer programs and opting to sketch ideas the old-fashioned way. Next, he works with whatever is available at his fingertips–often plywood– to make his prototypes. Multiply this practice by five or six until the designer believes he’s landed on something “equally artistic and comfortable.” Adding his own twist to distinctly American styles, Meyer hopes his designs capture something original that people will recognize as his own. “It can be tough to produce at this level in the United States,” he says. “So, it’s really exciting to know that people think we are doing something interesting.” 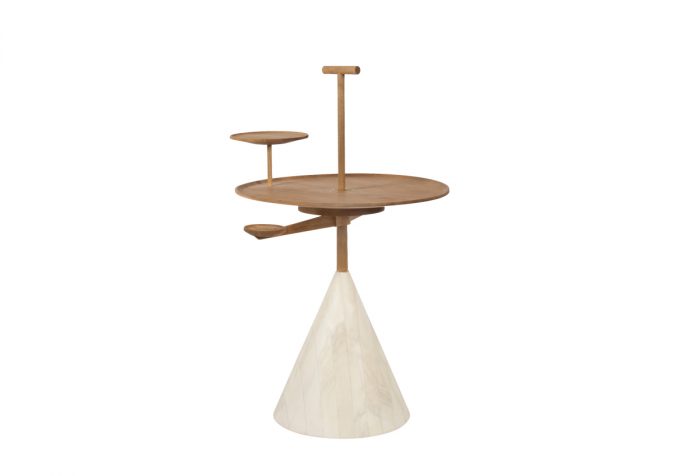 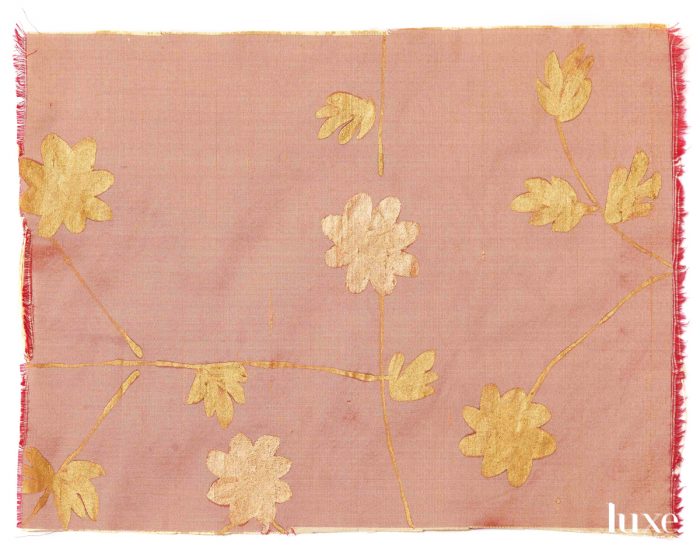 A modern-day textile couturier, Maki Yamamoto is known for her highly specialized work using sumptuous fabrics as her canvas.

A modern-day textile couturier, Maki Yamamoto is known for her highly specialized work using sumptuous fabrics as her canvas. When studying fashion design at the renowned Bunka Fashion College in her home city of Tokyo, Japan, Yamamoto found herself simultaneously immersed in painting and drawing, passions which led her to seek further artistic training at the National Academy School of Fine Arts in New York City. “I always enjoyed fashion, art and design, so I wanted to do something where I could mix these together,” says the designer.

And in 2003, she did just that–she merged her work as an artist and fashion designer by artfully embellishing luxury textiles with painterly motifs, modern embroidery, contemporary appliques and handstitched details to adorn furnishings, lighting pieces, bed linens, drapery, pillows and art installations for her high-end interior design clientele. While her Japanese design background and penchant for traveling have played a large role in her work thus far, she also finds herself deeply moved by the long legacy of American craftsmanship. “I am very impressed by the extremely talented furniture and textile makers in the United States,” says Yamamoto. “Their techniques and passion inspire me greatly.”

A modern-day textile couturier, Maki Yamamoto is known for her highly specialized work using sumptuous fabrics as her canvas. 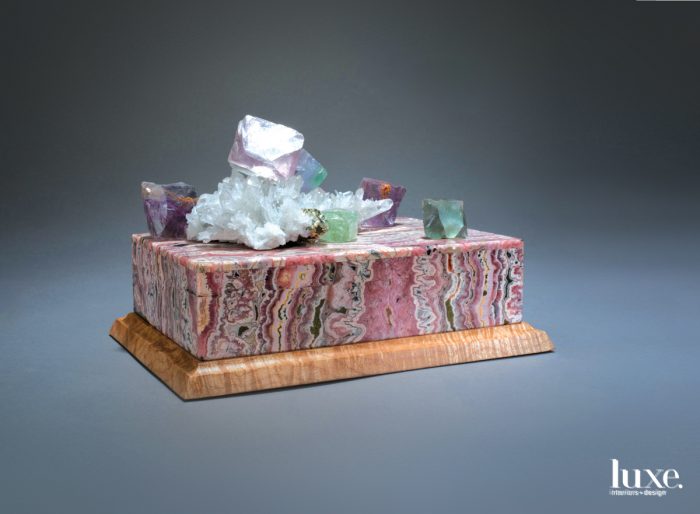 “In elevating these minerals and geodes to take a prominent place in homes, people can further appreciate the beauty nature provides,” says John Greytak.

Since his childhood, the Montana landscape has influenced John Greytak’s life journey. As a boy taking breaks from working on his family’s farm during the summer months, he would explore and scour the surrounding lands rife with natural elements. Fast forward to when Greytak was decorating his Montana lodge, he accompanied his designer to Tucson’s gem and mineral show where his love for the craft was rekindled, and his passion for a larger artistic purpose brought about the birth of Studio Greytak.

“In elevating these minerals and geodes to take a prominent place in homes, people can further appreciate the beauty nature provides,” says Greytak. All rare materials are sourced from six continents and brought to Missoula, where his team curates each gem to incorporate into furniture, objets and jewelry. After local artisans craft the accompanying metal, wood and glass pieces, the components return to the studio where they are assembled into “functional art.” Greytak’s greatest source of pride: “We are crafting these heirloom- quality pieces in Montana–one of the most beautiful and inspiring places in our country.” 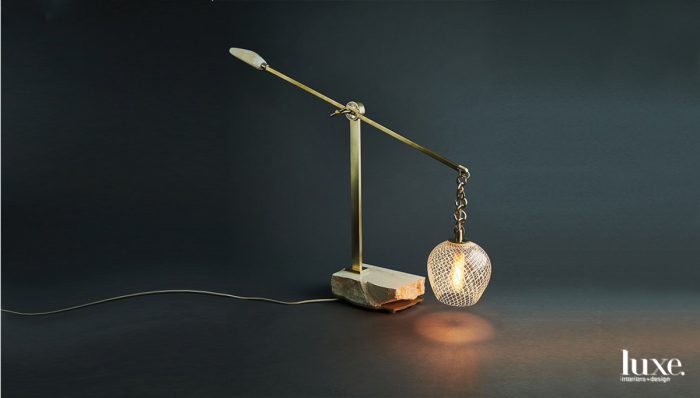 “To me, the tradition of hard work to create something beautiful without taking shortcuts de nes what it means to be American made,” says lighting designer and fabricator Joseph Pagano.

“To me, the tradition of hard work to create something beautiful without taking shortcuts de nes what it means to be American made,” says lighting designer and fabricator Joseph Pagano.

Pagano’s studio and workshop in Hudson Valley, New York, where every element of his lighting designs, including the pieces’ fittings and hardware, is made in-house, poignantly speaks to that belief. Upon graduating from the University of the Arts in Philadelphia with a degree in industrial design, Pagano moved to New York City and enrolled in a glassblowing class at The Experimental Glass Workshop, now known as UrbanGlass, and was immediately hooked. “The physicality of the material–the heat, the moving of the molten–and the endless possibilities really drew me in,” says the designer. Pagano’s latest collection is influenced by the color, shapes and textures of nature, and his intention is to produce extraordinary lighting pieces that double as artwork.

For the designer, years of experience has not only brought an advanced artistry of his craft and a full-scale workshop, but also a confidence in his creative instinct. “After 30 years, creativity flows out of me without interruption,” says Pagano. “There is no second guessing anymore; it is very rewarding.” 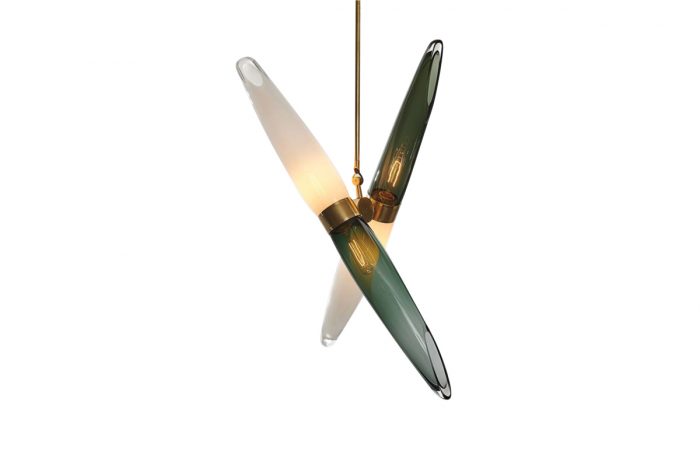 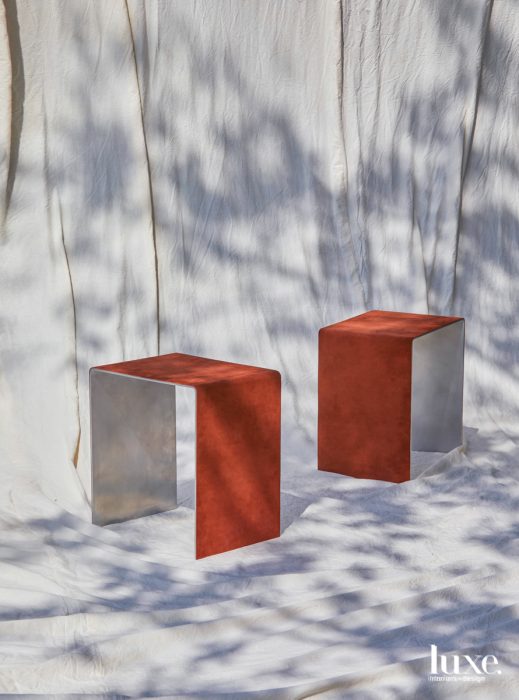 Emiliana Gonzalez and Jessie Young, the duo behind Estudio Persona, were only acquaintances when they lived in their home country of Uruguay. Little did they know that a move to the United States, both for their husbands’ work in film, would solidify their bond as creative compatriots. Gonzalez was originally trained as a product designer and Young as a conceptual artist, and after two years of working as interior designers together, the pair decided to morph their partnership into one that capitalized on both their disciplines and a shared passion for creating products.

Informed by the brutalist architecture of its owners’ native country, Estudio Persona’s pieces are sculptural and muted in color, which helps to highlight the studio’s blending of raw and unexpected materials, such as metal and leather. Many of the local Los Angeles artisans that help fabricate Estudio Persona’s pieces are immigrants themselves, and this provides an enormous sense of satisfaction for Gonzalez and Young. “For us, it’s much bigger than just our work; it’s a human service,” says Young. “It’s amazing to produce products that support our local and diverse community.” 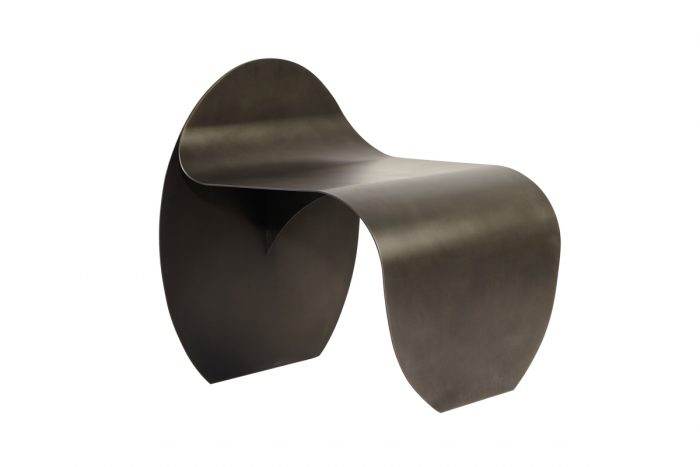