An Austin couple had been splitting their time between their Texas home and a condo in Aspen, when they decided to get a bit more settled into their Colorado life. “The beauty, the skiing and the summers of hiking and biking with our kids and future grandkids drew us to the Aspen area,” says the wife. So they found a plot of land near the Aspen Highlands ski area and hired architect David Johnston, husband-and-wife design team Barbara and Richard Mullen, and builder Ken Janckila to create the perfect family retreat.

The couple wanted the architecture—both inside and out—to have a timeless feel. “They wanted the look of a mountain house and for it to have a sense of place,” says Johnston, who came up with a linear structure to work within the narrow site. “The house fits into the hillside very naturally, and decks allow for each room to experience not only mountain views, but the site itself.”

On the inside, Johnston organized the living spaces along a spacious central corridor, which acts as the home’s spine. “The hallway became a prominent piece, connecting the master bedroom to the kitchen and the living space on the main floor,” Johnston explains. On the lower level, the hallway connects a den and additional bedrooms. “When we created this house, we concentrated on stone and timber- work and natural materials as much as we could,” says Johnston, who collaborated closely with the Mullens. “Barbara and Richard selected materials that were oriented in texture and color to the timber pack- age we used. We worked together to establish a vision right down to the finished materials.”

In selecting those materials, the homeowners brought suggestions to the table as well. They imagined stonework with brownish hues to complement the heavy timber beams reclaimed from old barns. So the team worked for several months to come up with a custom blend of various stones, mainly from Colorado and Oklahoma. “The level of finishes on the interior—the timbers, the antique reclaimed woodwork—really set it apart,” says Janckila. “It’s a larger home, but it feels very livable and cozy.”

That inviting atmosphere is underscored by the furnishings selected by the Mullens. “We wanted to create a traditional mountain home that felt warm and comfortable,” says Barbara. “But there is some- thing to be said for keeping it current, so we made it softer and a little bit different.” To find that balance, the designers paired traditional furnishings, such as Rose Tarlow Melrose House sofas in the living room and Therien & Co. chairs in the dining room, with light-colored heavy linens and soft chenilles. “Textures are so important when you’re working on a mountain home,” she explains.

In keeping with a mountain sensibility, the designers hung iron light fixtures throughout, but they chose pieces with clean, pared-down lines rather than anything heavy or ornate. “They still tie into the stonework, but they help keep things feeling lighter,” says Barbara. Painted cabinetry in the kitchen achieves the same goal. “I love mixing the painted and the stained woods,” she adds. “It breaks things up.” In addition to the cabinetry, the Mullens designed nearly all of the interior elements—from the grand front door to the handrails—and had them fabricated. “All of the fireplace mantels and the big stone hood over the range were custom drawn and custom made,” says Richard, who, with Barbara, brought in a final layer of antiques and the couple’s own rugs to give the interiors the sense that they had evolved over time.

In the end, everything from the finishes to the furnishings come together to create an idyllic mountain getaway, where the couple can host everything from family dinners to après-ski gatherings. “We have already had many memorable occasions in the house and look forward to many more,” says the wife. “The house truly feels like a home to us.” 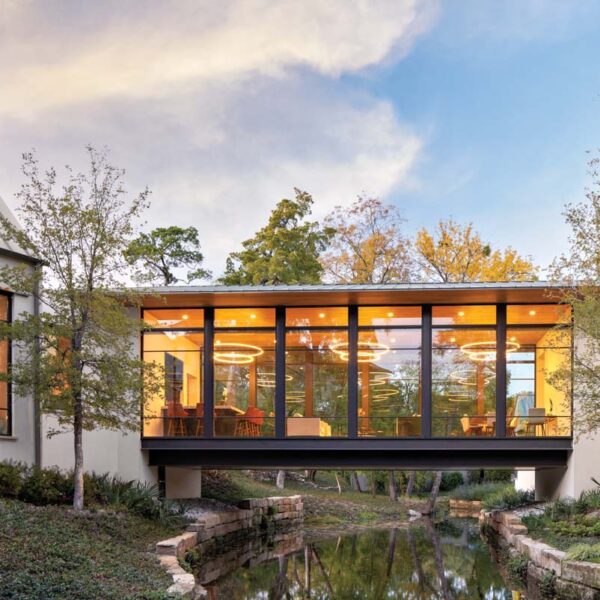 Inside A Dallas Home Where Dreamy Surprises Await At Every Turn 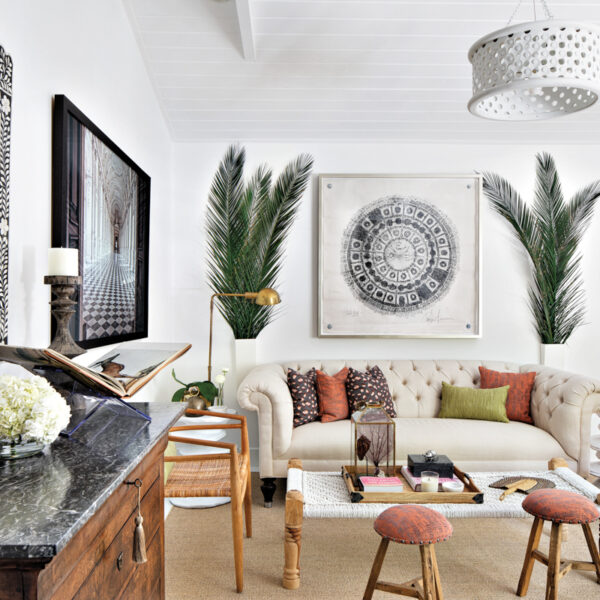 Let This Breezy Coral Gables Bungalow Inspire Your Next Vacation 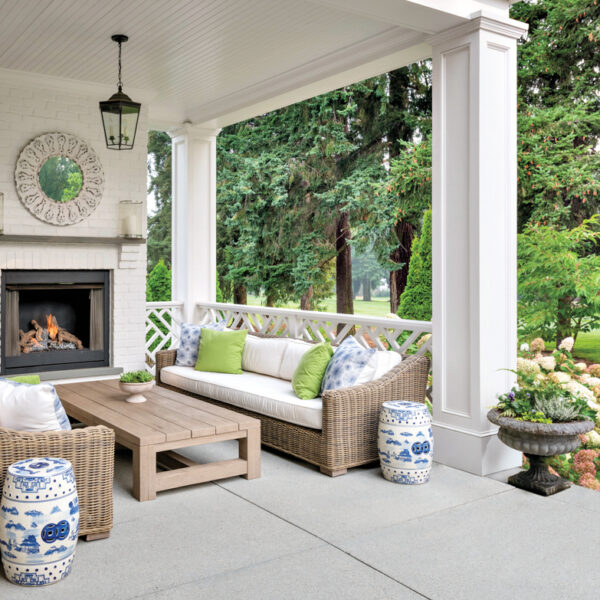 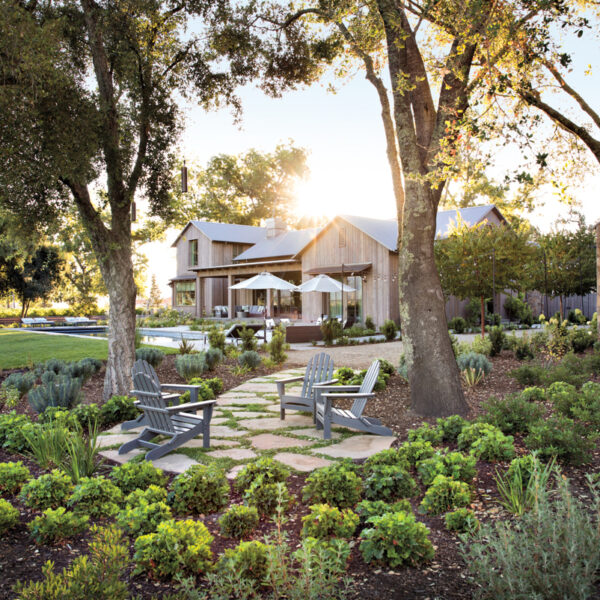 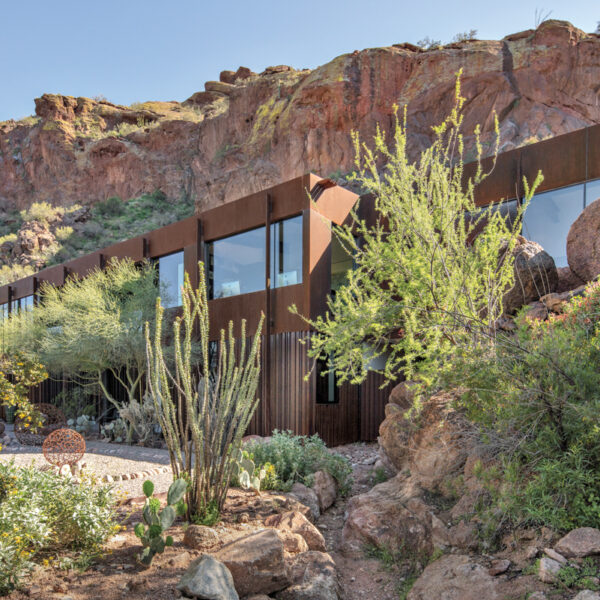 Float Above The Landscape In This Modern Desert Marvel