When a couple purchased their perfect plot of land on Mercer Island, the goal was to build a home they could call their own for the long term. What they got was that and more: a personal sanctuary crafted from the clever mix of beautiful materials and breathtaking views that far exceeded their expectations. “For a new build, there’s a lot of history and thoughtfulness in the home,” says designer Kristine Donovick. “It’s a very sculptural interior. There’s a lot of glass in each room, but the details are warm, subtle and sophisticated.” And that suits the owners to a T. “Kris knows me and knew I didn’t want a home that was sterile,” the wife says of Donovick, with whom she has worked on multiple projects during the past 20-plus years. “Every space and every view was very carefully thought out. Each one feels like a favorite.”

Happily, that sentiment doesn’t end with the interiors. Donovick worked with architect Regan McClellan, landscape architect John Bernhard and builders Doug Payne and Thom Schultz to develop a plan for the site that would allow the home’s architecture, interiors and lush garden to be in constant conversation with each other. “We carefully located ‘backstage’ areas on the street side to act as a buffer, allowing us to open the main living spaces to the scenery while keeping them private at the same time,” says McClellan. Included in those “backstage” areas are two rooms off the kitchen, each behind an old Chinese door Donovick found and had reworked for the home. One room serves as a cozy den, and the other was designed as an office for the husband.

“The concept of the house from the beginning was quite lovely and interesting,” the homeowner says, “giving us the privacy and warmth that we wanted.” The homeowners were particularly impressed with the team’s ability to work with each other and with the property. Perhaps the best example of this is the fact the home’s orientation was turned slightly from its original plan in order to improve access to the views. “A lot of sites have an immediate logic of how to place the home to take advantage of the best qualities,” McClellan says, adding that this particular site took a bit more effort. “What I love is now that the home is finished, you don’t see the effort. The home looks like it grew in place, perfectly adapted to the site and the owners’ lives.”

Inside, the floor plan manages to be wide open and intimate at once. The kitchen, for example, is a bright, social area adjacent to the living room that is situated alongside 30 feet of windows designed to draw natural light into the main floor and allow for sweeping views of the landscape and water. The den is a smaller, cozy room with a private outlook onto the lawn and surrounding slopes of tangled native plantings and seasonal blooms. The fireplace terrace is perched on the edge of the site between the garden and the lake below. They all connect yet provide different opportunities for private moments, enjoying the company of others, and living in the landscape. “Generous open spaces with views in every direction and lots of natural light is one of the nicest features of the home,” says Payne, who was principal-in-charge of the build and had Brian Simmonds frame the house. “Using large panes of glass maximizes the feeling of bringing the outside in.”

Materials used throughout the home add to its warmth as well. Venetian plaster was selected for above the fireplace to lend a soft, organic feel to its otherwise clean, modern lines, and a wood-paneled ceiling in the living room makes the voluminous space more inviting. The furnishings and artwork have their own narrative: Alongside new finds Donovick selected for this house, items collected over time speak not only to the homeowners’ pasts but also to their working experiences with the designer. Pieces that read as though they were designed specifically with this place in mind were in fact custom designed by Donovick for the couple 25 years ago. “This home is an evolution,” Donovick says. “It has a history; it tells a story.”

Soak In The Sunlit Interiors At This Beachfront Florida Home 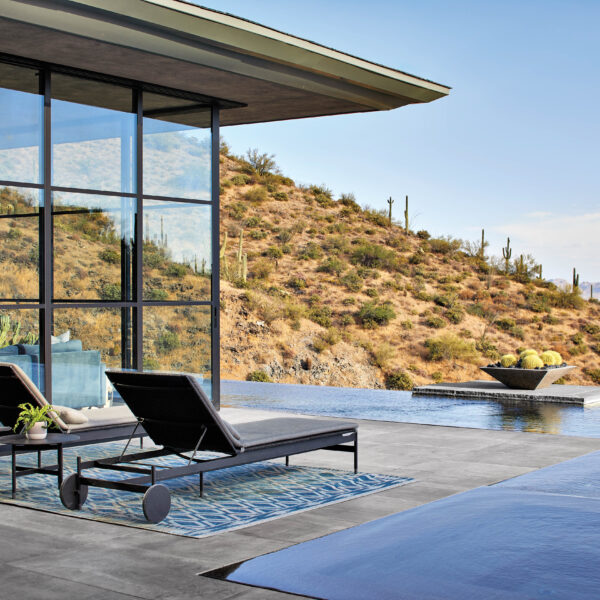 Minimalism Takes The Lead In A Resort-Like Arizona Mountain Home 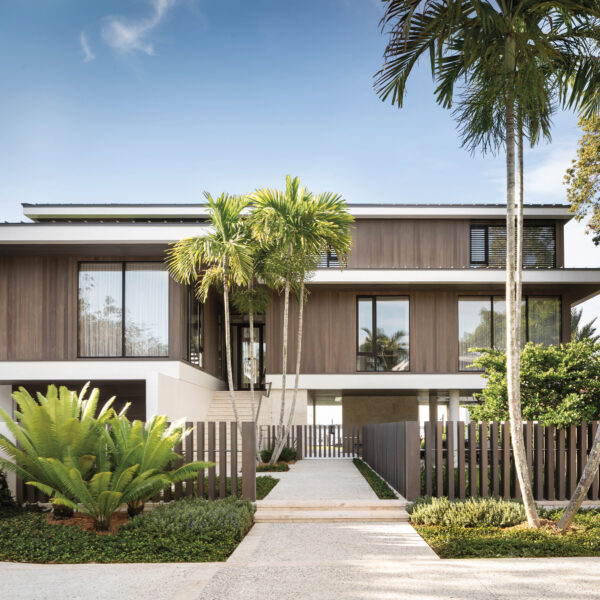