One renowned resident of Gracie Square—a cluster of neo-Gothic, circa 1929 buildings facing Gracie Mansion, the New York mayoral residence—was composer Irving Berlin. He reputedly penned his famous musical Annie Get Your Gun in this graciously proportioned apartment situated in a building designed by famed architect Rosario Candela and co-architect William Lawrence Bottomley. Indeed, when it was purchased by a fortysomething Philippines-born couple with three young girls, it still boasted stained glass doorway transoms with musical themes that Berlin most likely commissioned. But the interiors seemed dark and stuffy. Fortuitously, through friends, the couple met designer Celerie Kemble and her associate, Heidi Bianco.

“I liked Celerie and Heidi because they were so easy to talk to,” the wife says. “Celerie also has three kids, and I wanted a person who knew how to decorate and furnish a home that is beautiful and functional at the same time. I wanted most of the walls childproofed so they were okay to be touched by little fingers with chocolate crumbs.” What Kemble and Bianco did, in fact, was not unlike reinterpreting a beloved musical score. “The client wanted more femininity and spunk while also incorporating modern pops,” explains Kemble, “so we had to carefully measure where to use that aesthetic so as not to become incongruous with the traditional lines of the space.”

The entry, swathed in Gracie wallpaper, is the most formal space and serves to ground the home in the building’s history. A left turn brings visitors into a vast living room-dining room, part of an enfilade of park and river-facing rooms bracketed by a library and a kitchen. This stately lateral spread became the overture that introduces the score’s leitmotifs.

“She is such an effervescent person that we wanted to create a home as refreshing and luminous as she is,” says Kemble. “And the light and fog off the river went a long way to informing our palette of gray pearl, soft aquas and flashes of citrus yellow, like sun glints on water.” What about the husband? “He’s surrounded by four women, so it was a losing battle,” Bianco jokes. But they compensated by lacquering the library (“man space” says the wife) deep indigo. Childproofing came in the form of high-gloss walls that wipe clean and add luscious texture to the architectural envelope. Variations on these themes continue in the private quarters, with brighter shades dominating. The hallway’s lacquered linen walls, for instance, are citrine.

“When you do these fancy finishes, it’s always a challenge,” says builder Andrew Galdau, who, with partner John Carley, executed these surfaces. “We had to skim-coat and sand the walls five times, shut down the entire project for several days to let the dust particles settle, then apply seven or more layers of paint—buffing walls in between—to give it that glass-like finish.” The duo also restored herringbone floors throughout and, in the kitchen, disassembled cabinetry, sanded and glazed it, then mixed a custom gray stain for the floor.

“We didn’t want the family or guests to feel as though things were too delicate or forbidden,” adds Kemble, “so we intentionally mixed textures to strike a balance that was neither too glossy nor too matte.” Ergo, the quietly shimmering fabrics, touches of glimmering glass and muted metals. This balance also permeates the furnishings—a large family-friendly living room sofa is paired with tufted, very stylized armchairs, and occasional 1960s and ’70s accent pieces ramp up the apartment’s subtle polish without tilting toward glitz. The effects stay with you like, well, the hummable refrain of a popular melody. Music to this family’s ears. 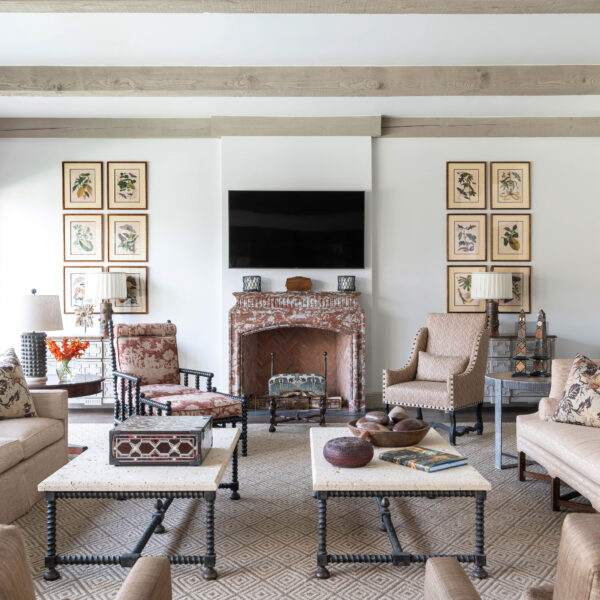 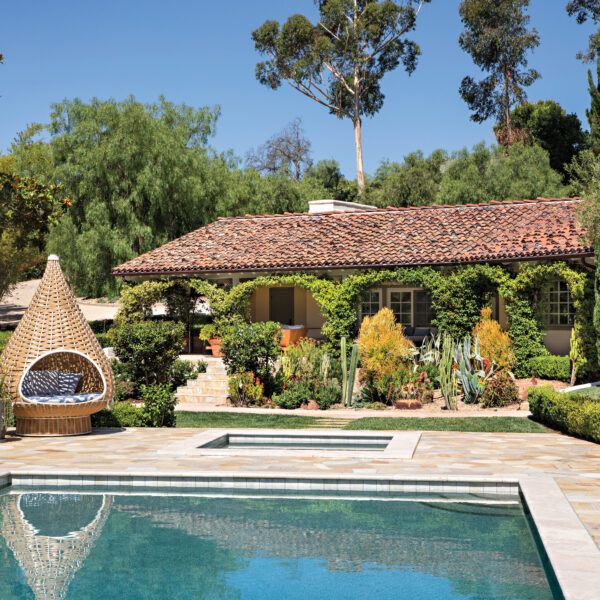 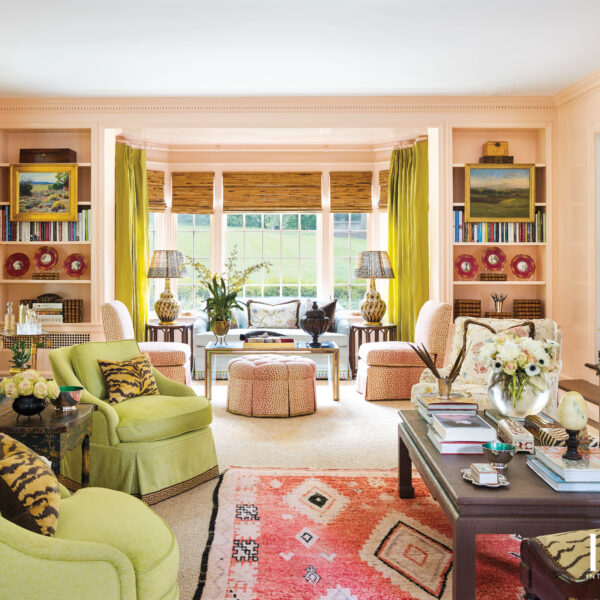