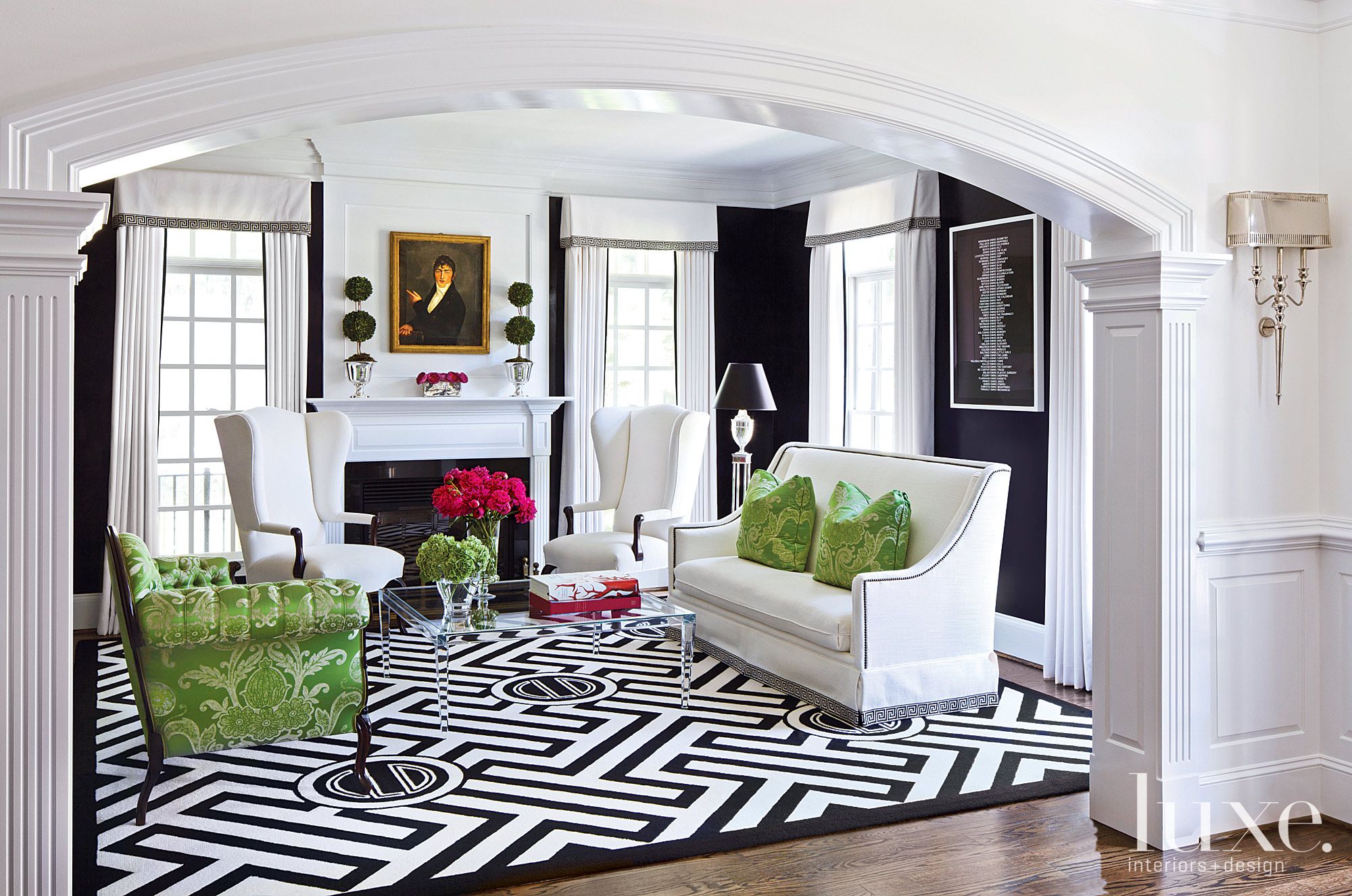 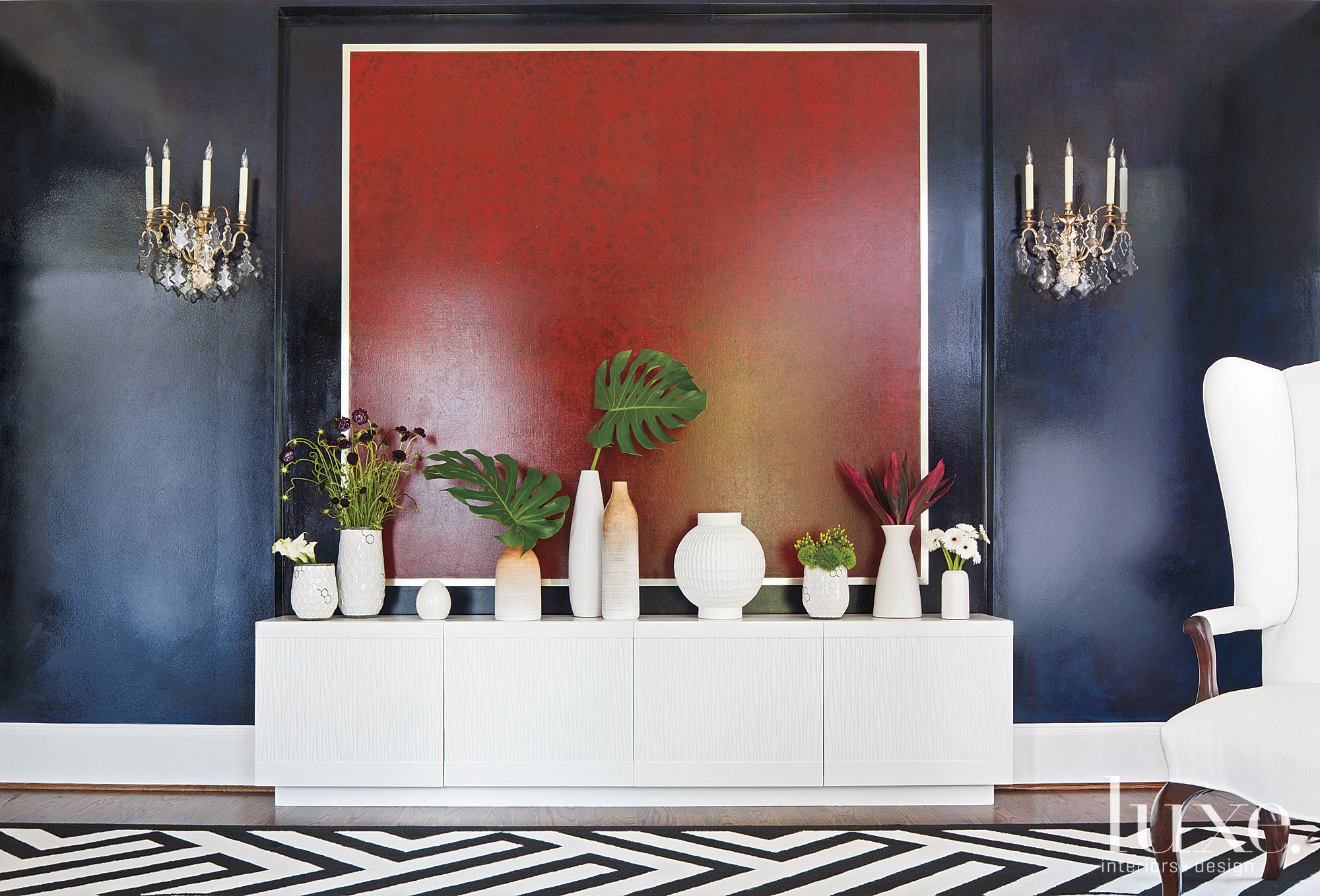 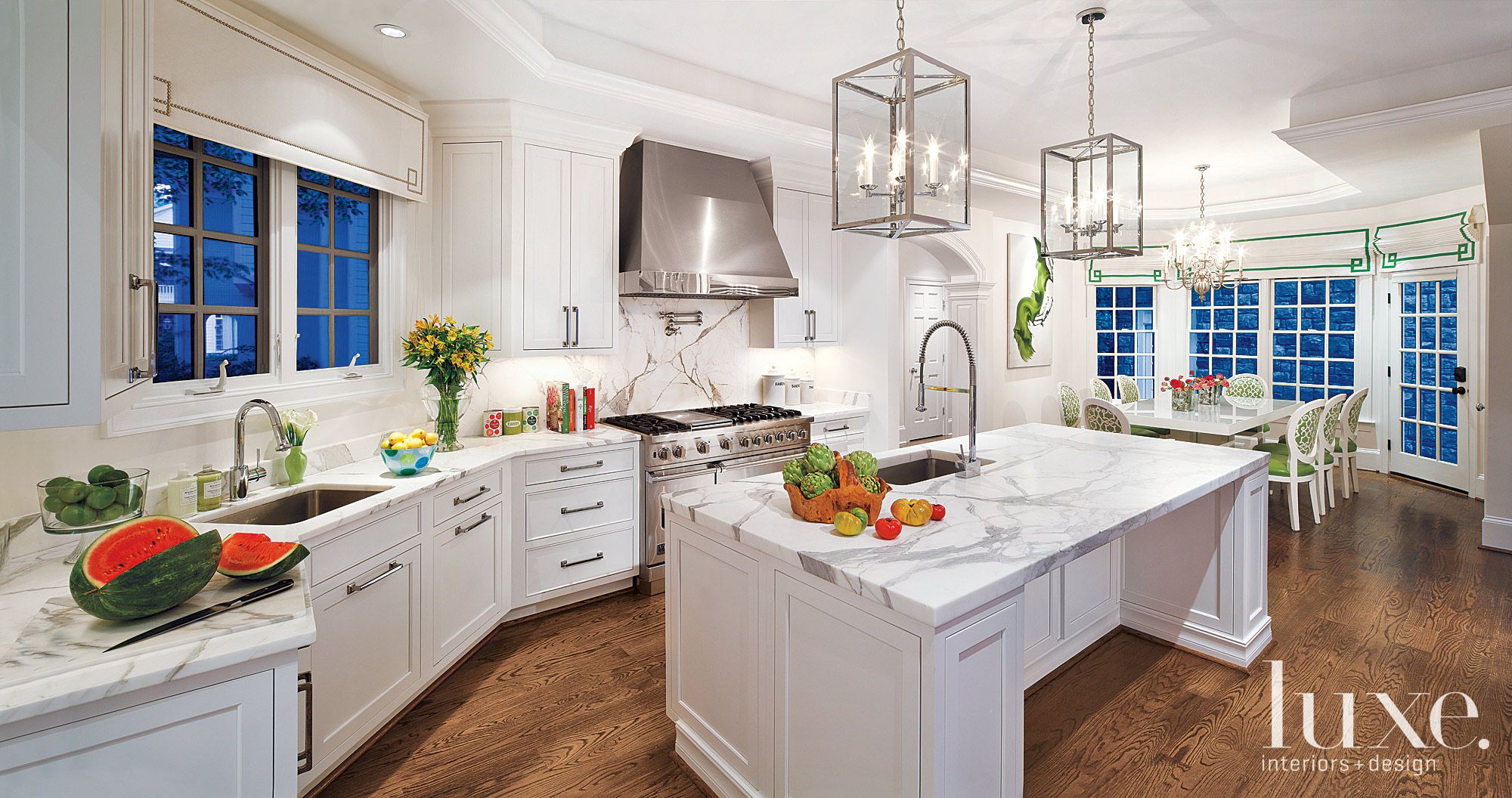 Featuring a very subtle industrial element, the kitchen has an all white aesthetic that is punctuated by polished chrome on the Phoenix Day pendant fixtures, Axor’s Philippe Starck sink faucet, Urban Home’s cabinet hardware and custom inlay on a RangeCraft hood.

Featuring a very subtle industrial element, the kitchen has an all white aesthetic that is punctuated by polished chrome on the Phoenix Day pendant fixtures, Axor’s Philippe Starck sink faucet, Urban Home’s cabinet hardware and custom inlay on a RangeCraft hood. 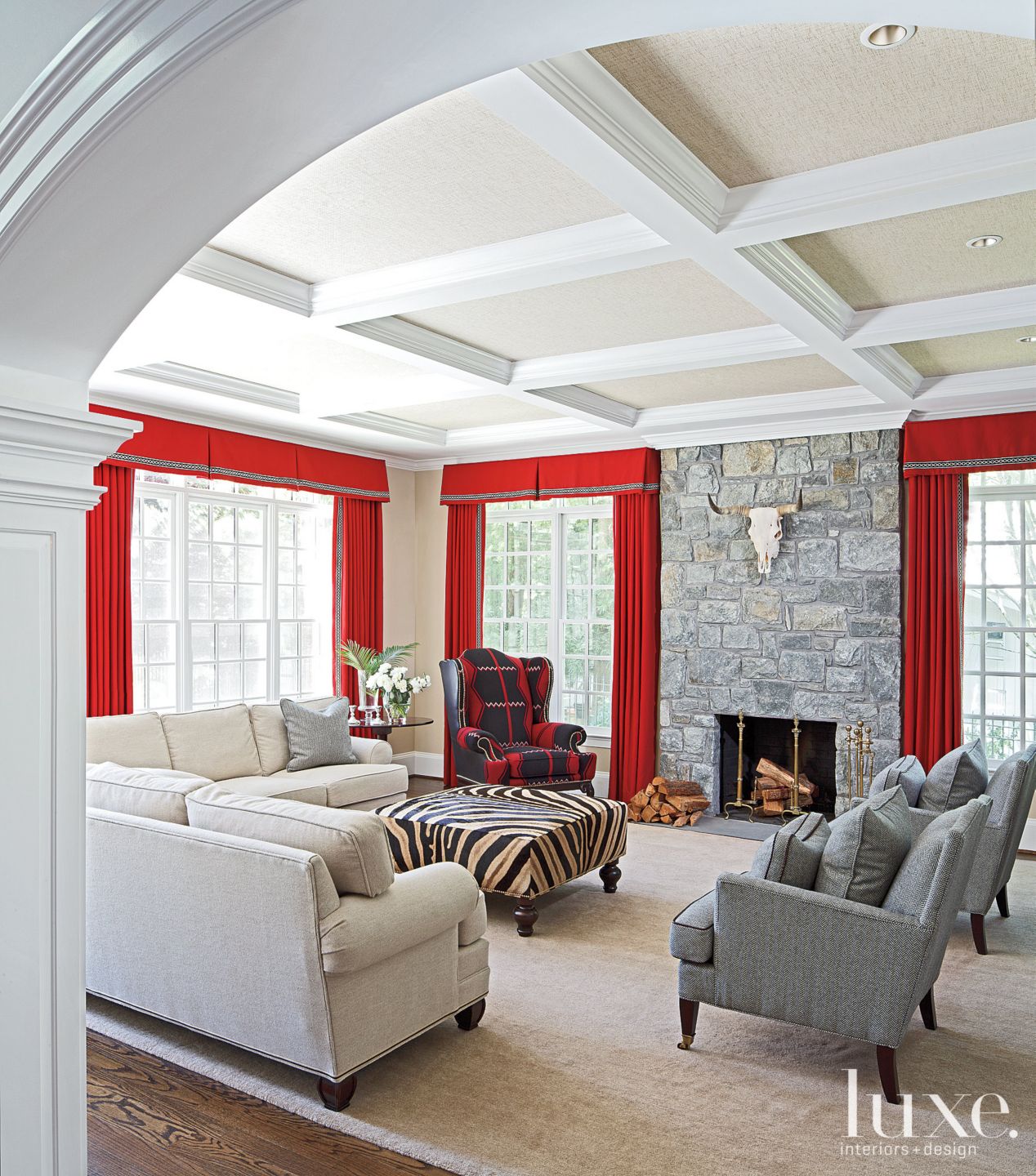 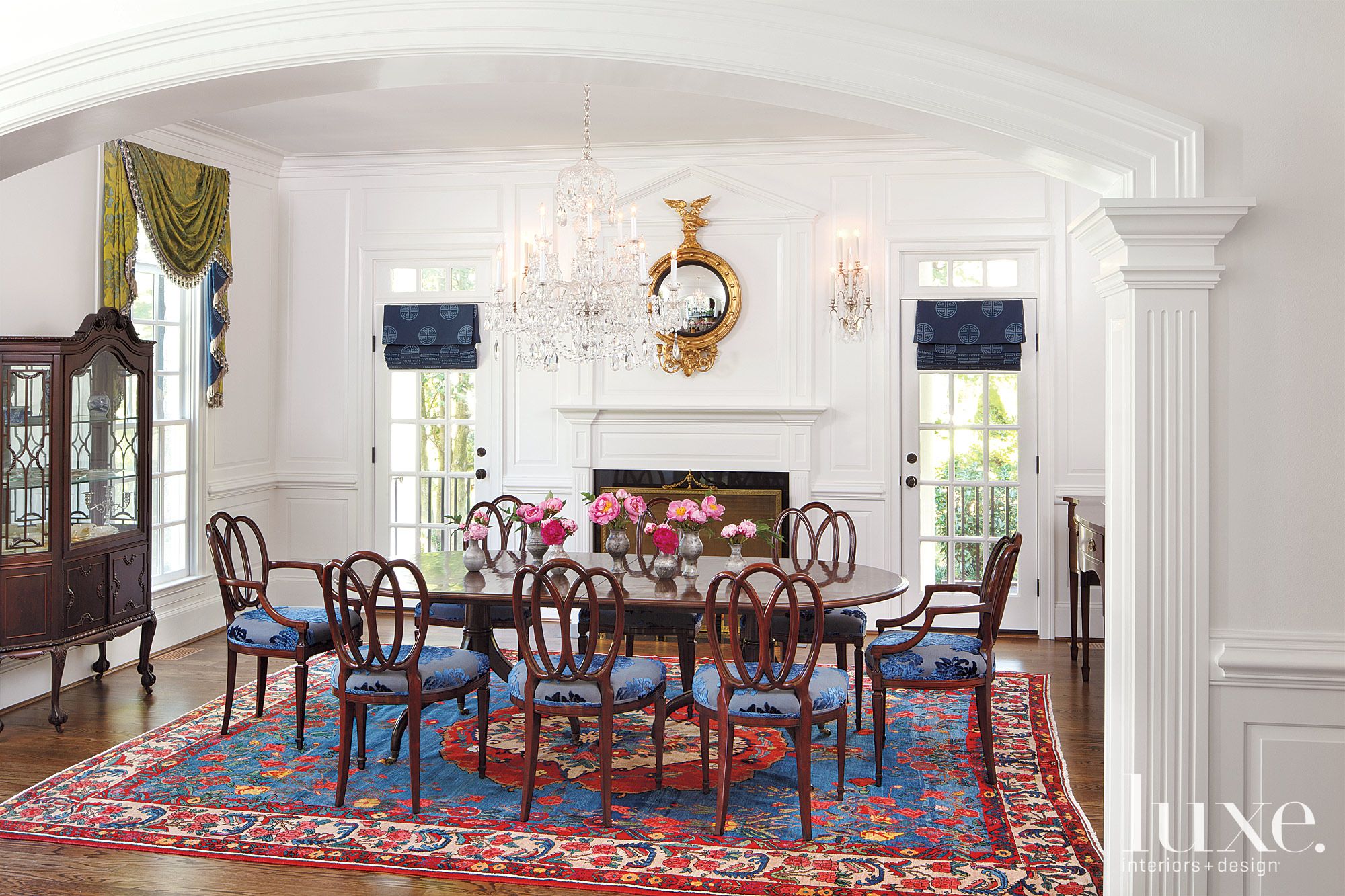 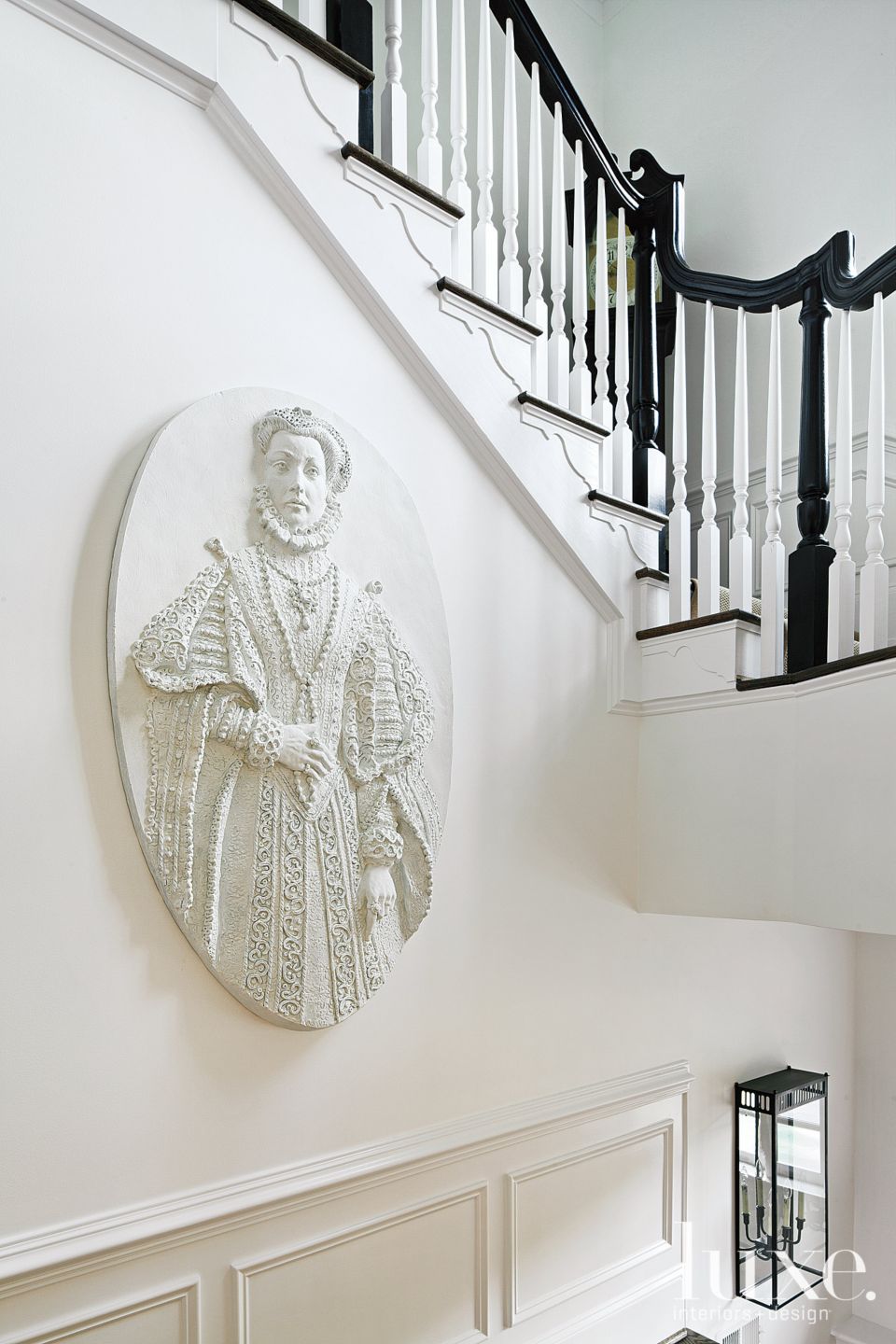 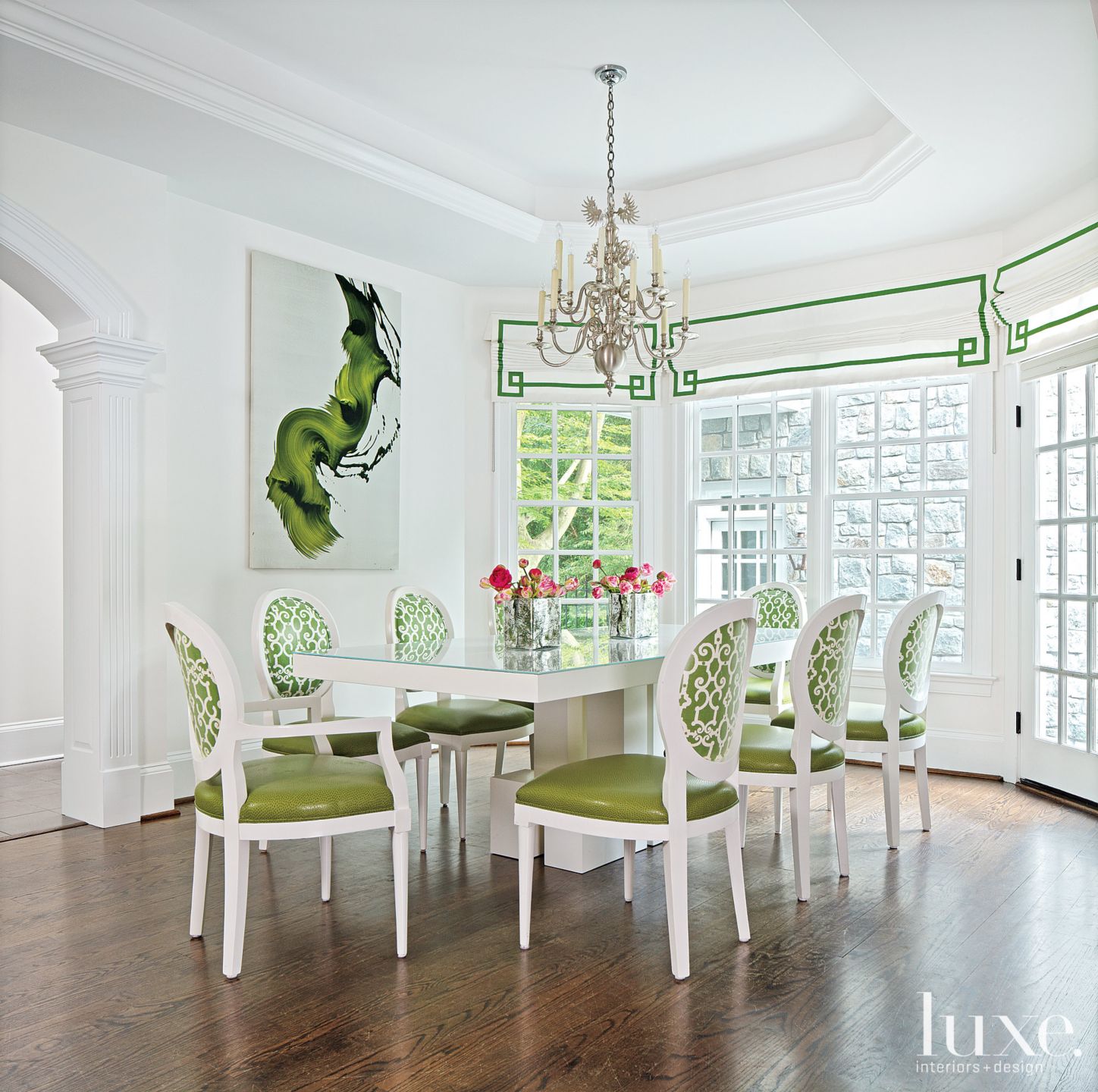 Connecticut designer Kellie Burke figured into the creation of her clients’ new home from its very conception. She was actually looking at a freshly poured foundation when her work on the project began. “They were emailing me photos of everything they looked at,” remembers the designer, “and I would troubleshoot each location.” She and the wife had vetted so much new residential construction in the Virginia suburbs that they nearly despaired of finding the right combination of workable floor plans and substantial building materials to suit a savvy young couple in the beginning stages of family life. “What they wanted was authenticity,” says Burke, “yet too often they found new houses that scrimped on the details.”

The husband, a financial services executive, and his stay-at-home wife found their solution when they discovered a design-build company that constructs homes from a choice of plans and customizing options. “The couple found one of our projects when it was in the foundation stage,” says architect Hugh Winstead, whose firm worked on the build as well. “The traditional style of the house had been predetermined to fit the lot’s terrain but framing hadn’t started, so they could customize the interiors.” The husband saw the potential of the home’s 10-foot-high walls to display his collection of contemporary art. The wife loved the floor plan that separated the formal front of the house from the back, where her three young children could be active around a kitchen, family room and staircase opening to three floors.

Before Burke, who knew the couple well from years of vacationing together, attempted to customize the interior plans, she sat down with the husband and wife separately to determine their individual tastes and desires. But the character of his artwork and the divergence of their tastes demanded a highly idiosyncratic treatment of their surroundings. “He favors clean, straightforward style to set off his contemporary art,” says the designer. “She’s a traditionalist who loves antiques. I had to create rooms that would synthesize their aesthetics and function for an energetic family, too.”

In keeping with the architectural style of the house and its appeal to the wife, Burke designated the custom millwork be traditional with three-piece crown moldings, fluted pilasters for the living room and a pediment over the dining room mantel. She had it painted white, a dramatic contrast to the oak flooring stained a dark Jacobean throughout the house. In the living room, Burke emphasized the contrast by commissioning faux artist Raphael Jaimes-Branger to glaze its walls in multiple shades of black and deep red. “The color is strong, but the layers have dynamic luminosity in any light,” she says. “The design decision had boldness, and its edgy color contrast introduced the husband’s contemporary sensibility perfectly.”

With the bold scheme in place, Burke started composing the living room furnishings. As a former studio art major, the designer likes reducing room components to shapes. “Initially, I avoid decoration,” she says. “I look for a basic composition.” That shorthand led her to the discovery that a traditional wingback chair and sofa the wife likes could be reduced to their profiles to establish a more contemporary ambience. “I had to keep the design minimal,” Burke explains. “I was after the impact of silhouettes, an abbreviation that’s contemporary in feel.” For example, the living room rug is a traditional fretwork pattern with crisp interlocking lines that look modern. A green chaise and pillows complement the red of the room’s central artwork, an 8-by-8-foot color-field painting. “The black-and-white scheme needed that pop of dynamic color to achieve its full potential.”

Burke brought her shorthand to the rest of the house. The rooms are clean-lined and hung with contemporary art. With their strength of form and sensitivity to balance and scale, the rooms also are perfectly suited for crystal chandeliers, period portraiture and an heirloom china cupboard. It’s a marriage of opposites her clients love. “We started with a good foundation,” says Burke, “and found combining their favorite elements of traditional and contemporary style wasn’t so difficult after all.”