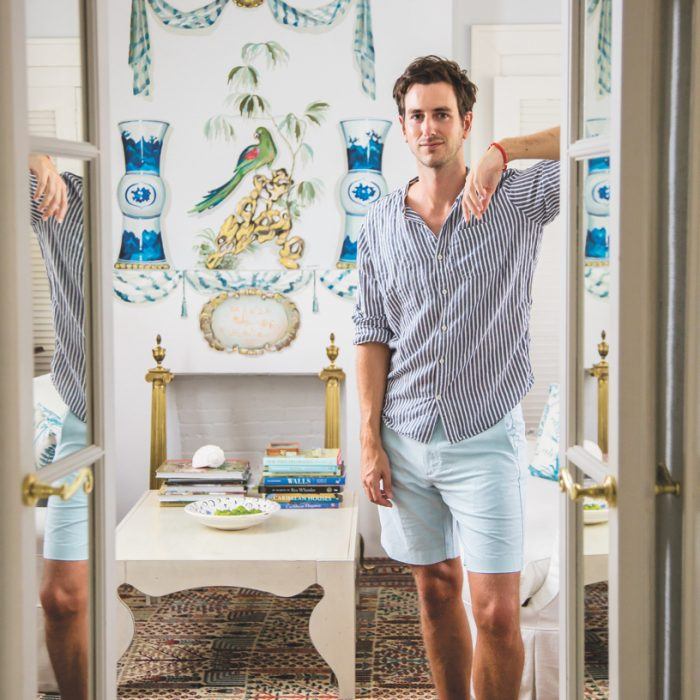 British artist Aldous Bertram is making a name for himself in Palm Beach, Florida, applying his unique artistic vision to everything from murals to miniatures. While his mural work led to his big artistic break, lately it’s his grass cloth panels and water color Giclee prints, featuring his signature eclectic mix of academic classicism and Chinoiserie with a tropical twist, that are making waves. We chatted with Bertram to learn more about the man behind the art. 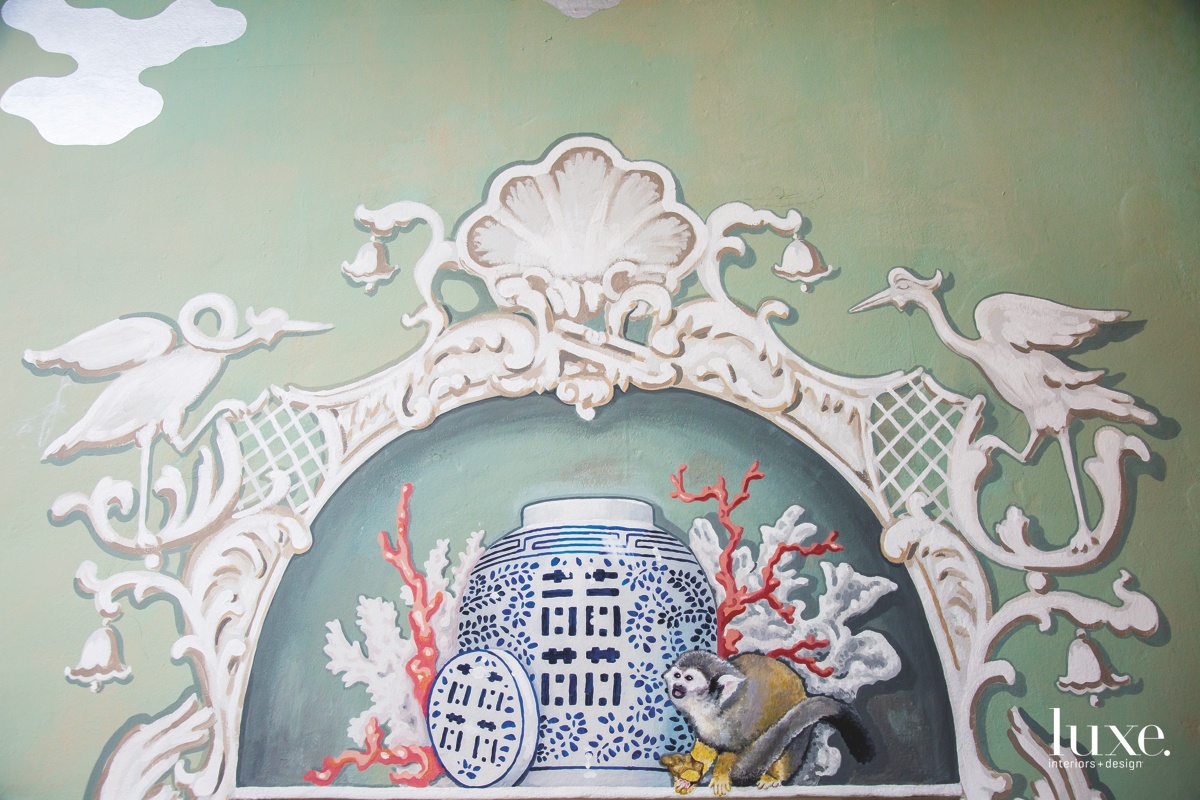 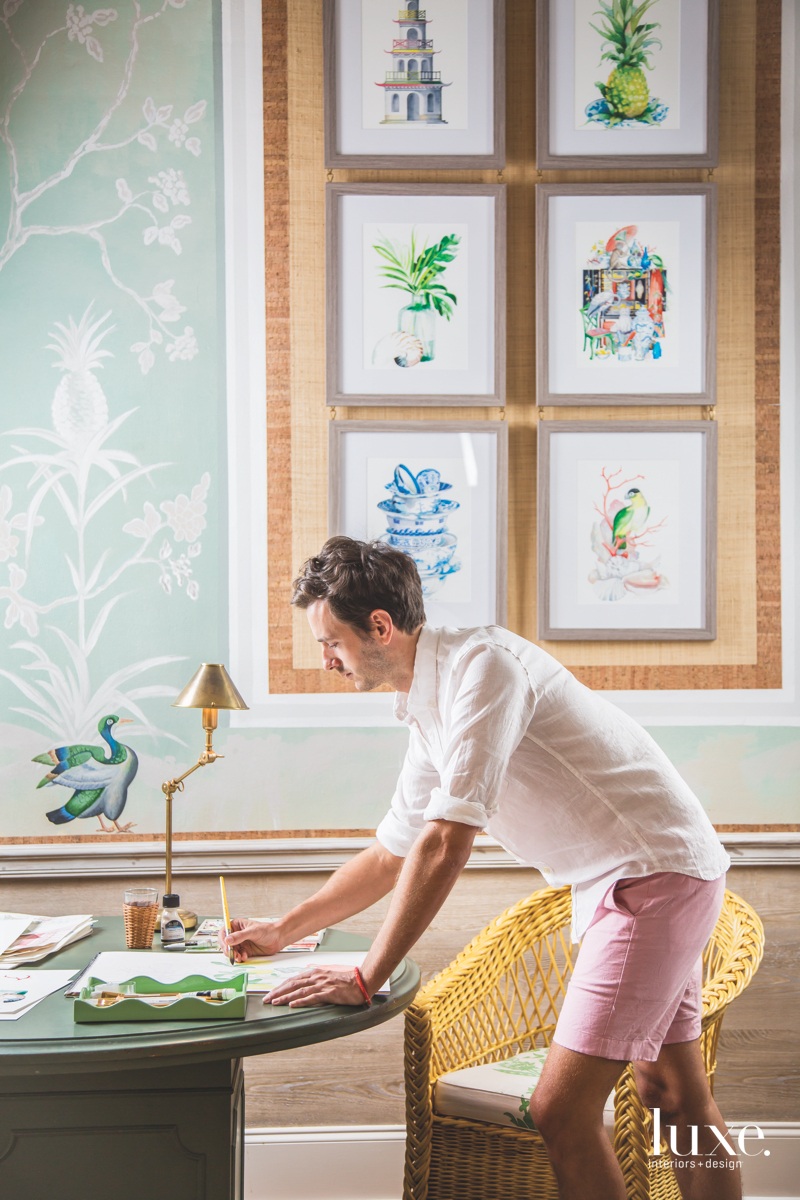 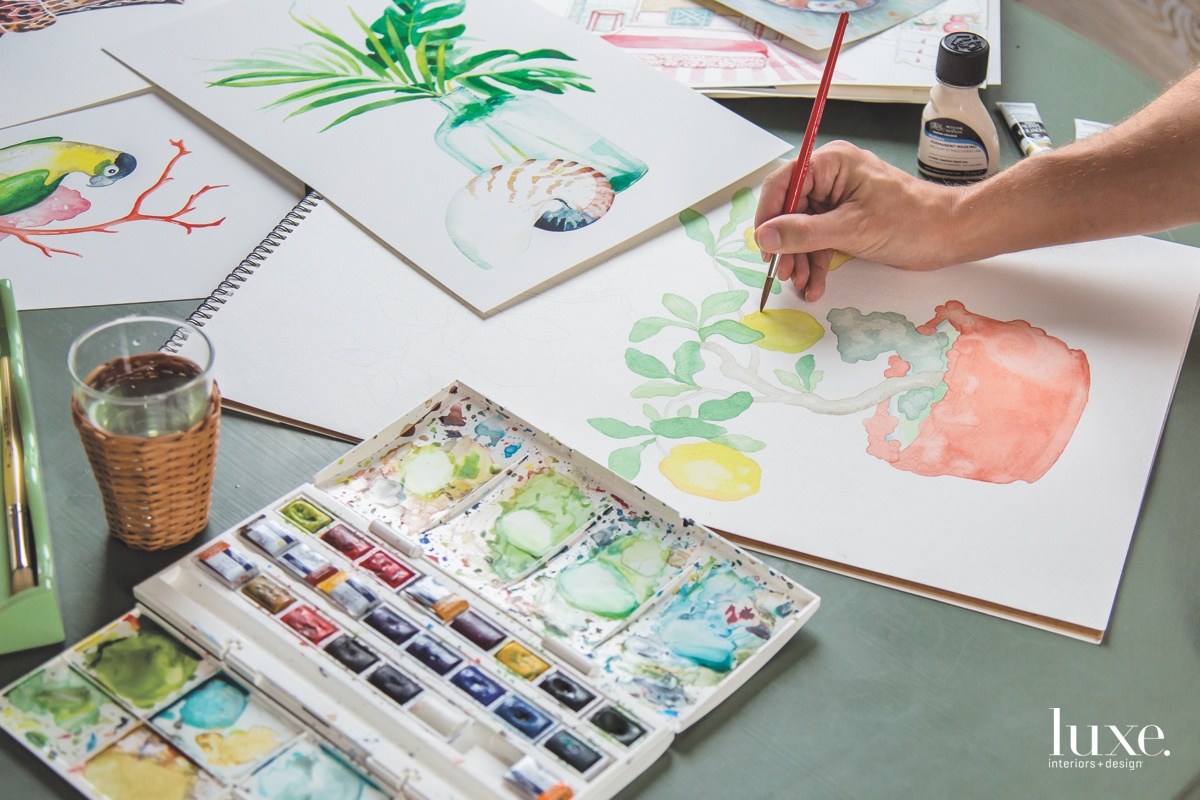 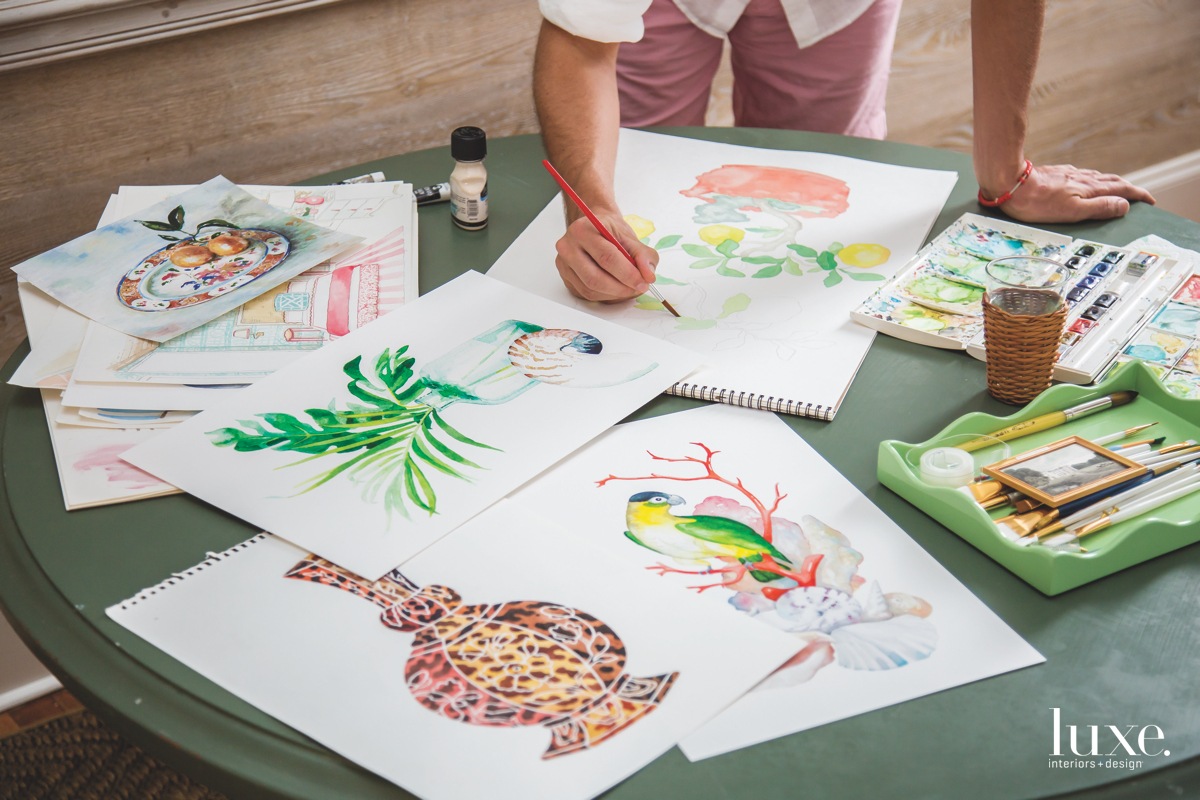 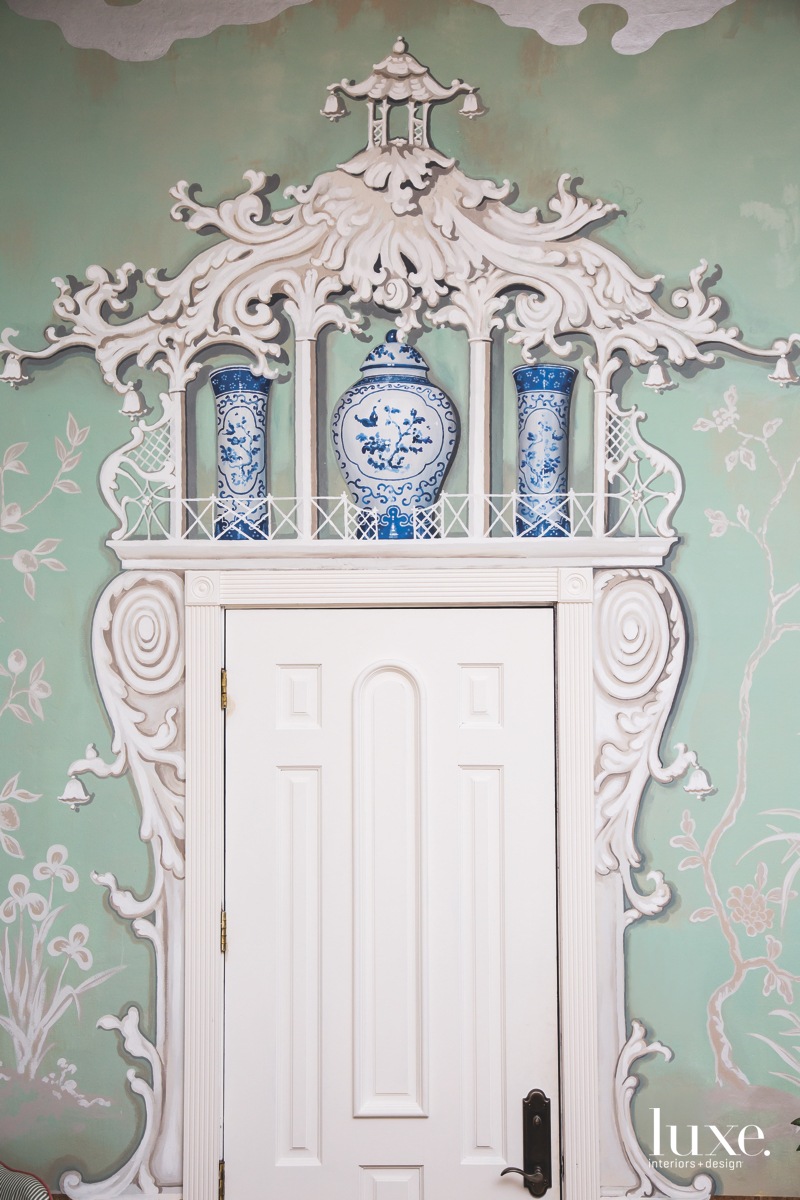 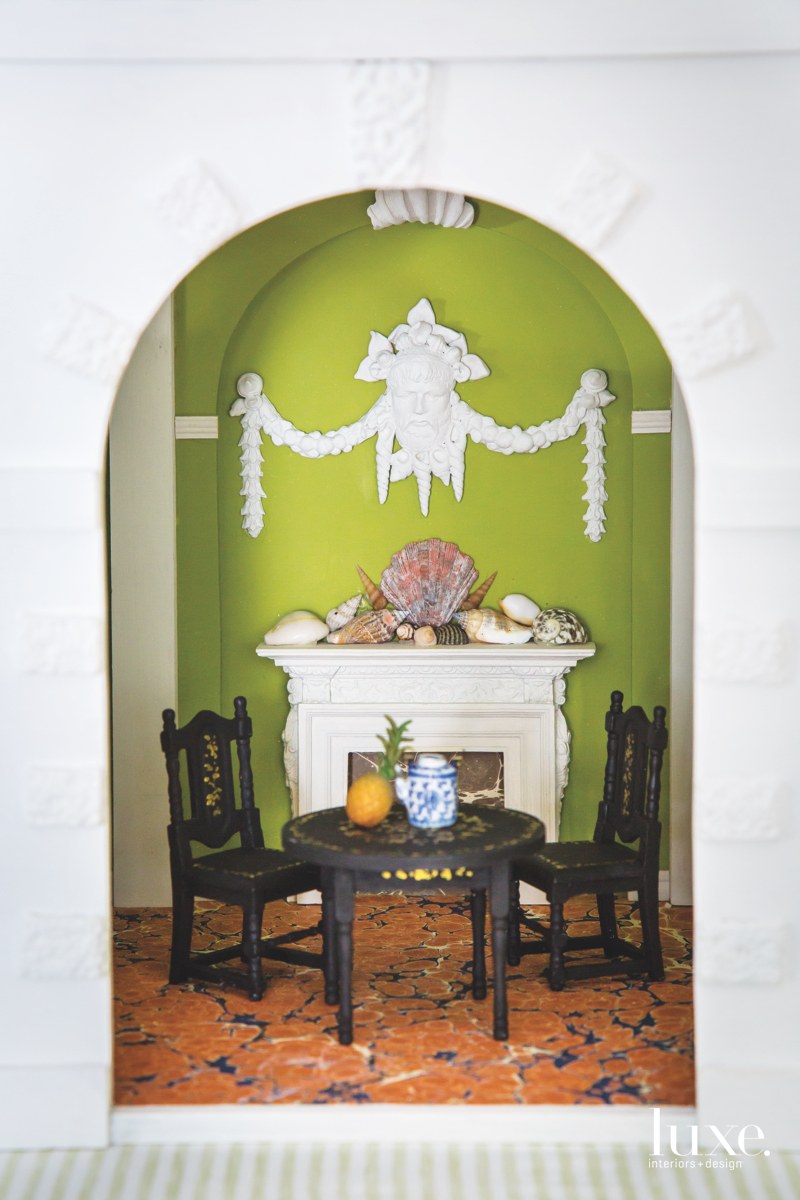 I work full-time as an interior designer at Lindroth Design so every day is busy and interesting. In the evenings, I try to devote two hours to my own projects such as my watercolors and panels, which bring a flavor of my mural style into any room.

Tell us about a piece that turned out differently than how you expected.

Everything that I do turns out differently than my original expectations–the hand has limitations that the imagination does not!

How do you get your creative juices flowing?

By visiting an inspiring interior or museum–best of all, a European palace or grand historic home, such as The Villa Vizcaya in Miami, which is full of beautiful rooms and unique objects.

Tell us about your most treasured creation.

My 17-room miniature palace (1:12 scale) that I have been building and decorating for two decades. It has rooms in every style of interior design from Tudor times up to the 19th century.

Who would play you in a movie about your life, and why?

Matthew Goode. In the 2008 film version of Brideshead Revisited he plays an artist that struggles to fit into circles grander than his own, so it’s a perfect match!

Tell us about your all-time favorite book.

Twilight in the Forbidden City by Reginald Johnston, the memoir of the British tutor who served at the Chinese Imperial court. It’s a fascinating glimpse into the last days of an ancient dynasty full of bizarre and elaborate rituals.

I always keep these three items on my nightstand.

I am too messy to have such an organized nightstand…my iPhone lives under the pillow and other necessities are scattered around the floor!

A very respected expert at Sotheby’s took me into his office in 2014 and told me that he feared life had passed me by (I was an intern at 29, having just completed my PhD). I was so furious and upset that I decided to leave the country, and luckily ended up in a place where I am much more appreciated–and for that I am hugely grateful.