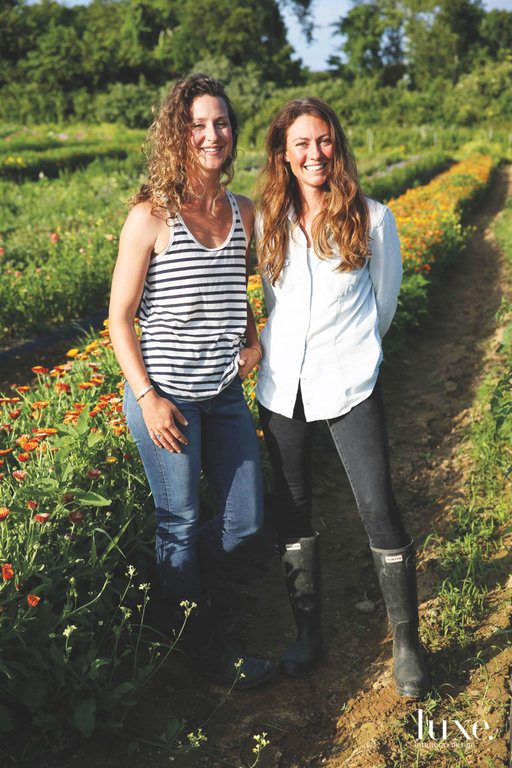 The Amagansett Farmers Market has been a landmark in the Hamptons for generations. But the fate of the beloved Saturday morning institution has always been in question–until now.

Katie Baldwin (at left) and Amanda Merrow of Amber Waves Farm have been tilling the 9.3 acres of wheat surrounding the Amagansett Farmers Market since 2009. But they were only renting the land, and the market itself has undergone a few different tenants. This year, however, through a collaboration between Baldwin and Merrow, the Peconic Land Trust, and the owner of the land and market, Margaret de Cuevas, Amber Waves Farm purchased the land and the building, officially becoming the keeper of the flame.

“This will limit 80% of the property to food production,” explains John Halsey, founder and president of the Peconic Land Trust, “ensuring the land will forever be accessible to future farmers.” So, that means if Baldwin and Merrow decided to stop farming, the land would have to be sold to another farmer.

Amber Waves Farms will offer their own fresh produce as well as the artisanal delights of all their friends on the Hamptons foodie scene.

In the future, Baldwin and Merrow plan to cook food on-site and offer educational programming. “That’s critical to our mission,” says Baldwin. “We can be an avenue to promote the farmstand ethos of locally grown and sourced items.”