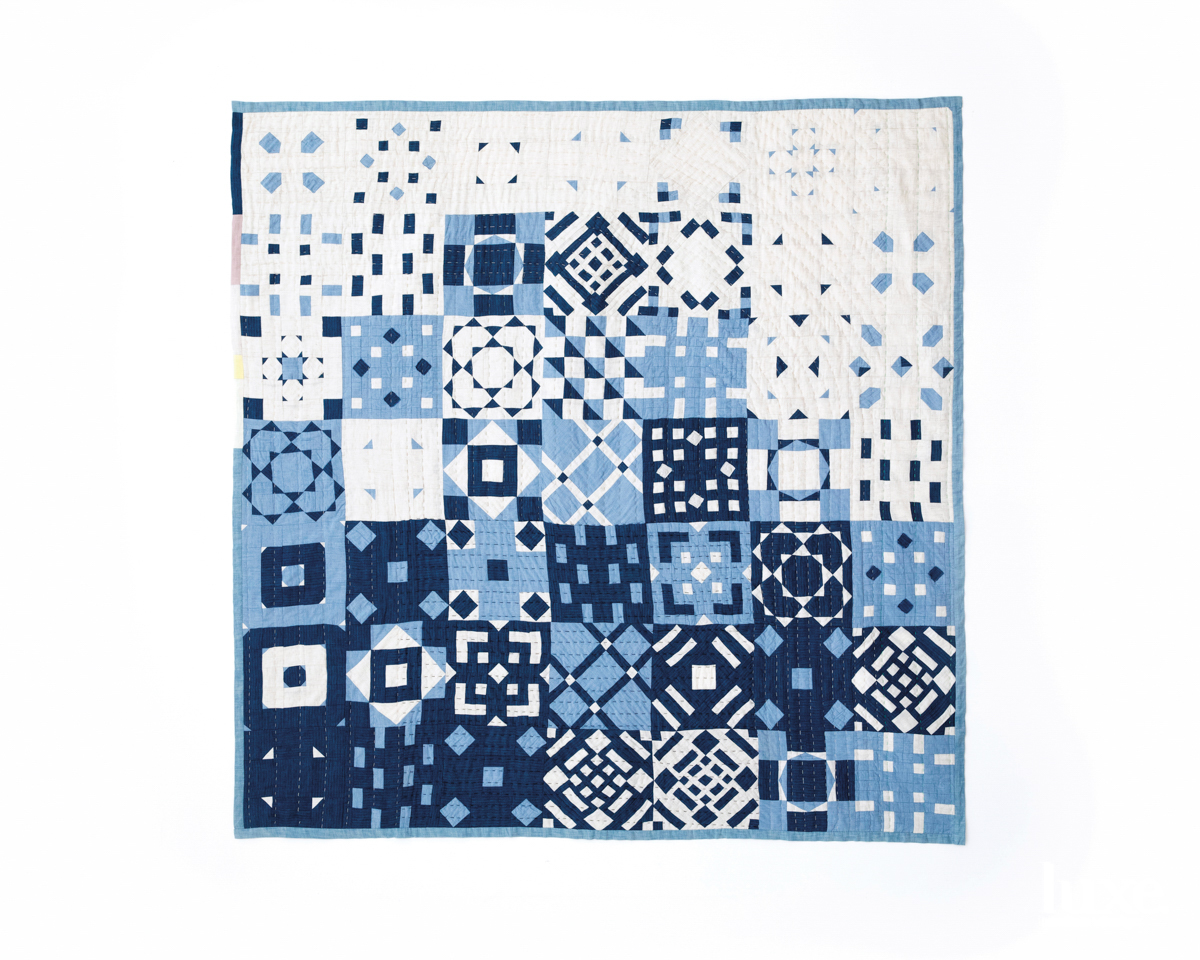 Folk-inspired designs take the form of quilts, such as the one shown here made by New York-based Thompson Street Studio.

Artisan. Small-batch. Handcrafted. From food to furniture, we’re intrigued by origin stories and desire a personal stamp on what we purchase. American folk art exemplies these qualities; it’s emblematic of heritage and a homespun, handmade quality. Interestingly, in this hyper-fast age, we’re seeing its enduring design return to the scene. “The revival of American folk, just like the resurgence of the maker movement, is rooted in the desire for authenticity and story,” says Pamela Kelly, vice president of licensing and brand management for the Museum of International Folk Art in Santa Fe, New Mexico.

Artists and designers have been influenced by folk themes throughout the decades–from Picasso’s paintings inspired by African tribal masks and last year’s exhibit at the American Folk Art Museum in New York exploring quilts as living records of history to the recent partnership between Cassina and Calvin Klein. For the collaboration, Cassina debuted a limited run of its iconic Feltri chairs upholstered with heirloom Amish quilts. Raf Simons, the chief creative officer at Calvin Klein, refers to the chairs as a “cultural correspondence,” where modern design meets a symbol of American culture. 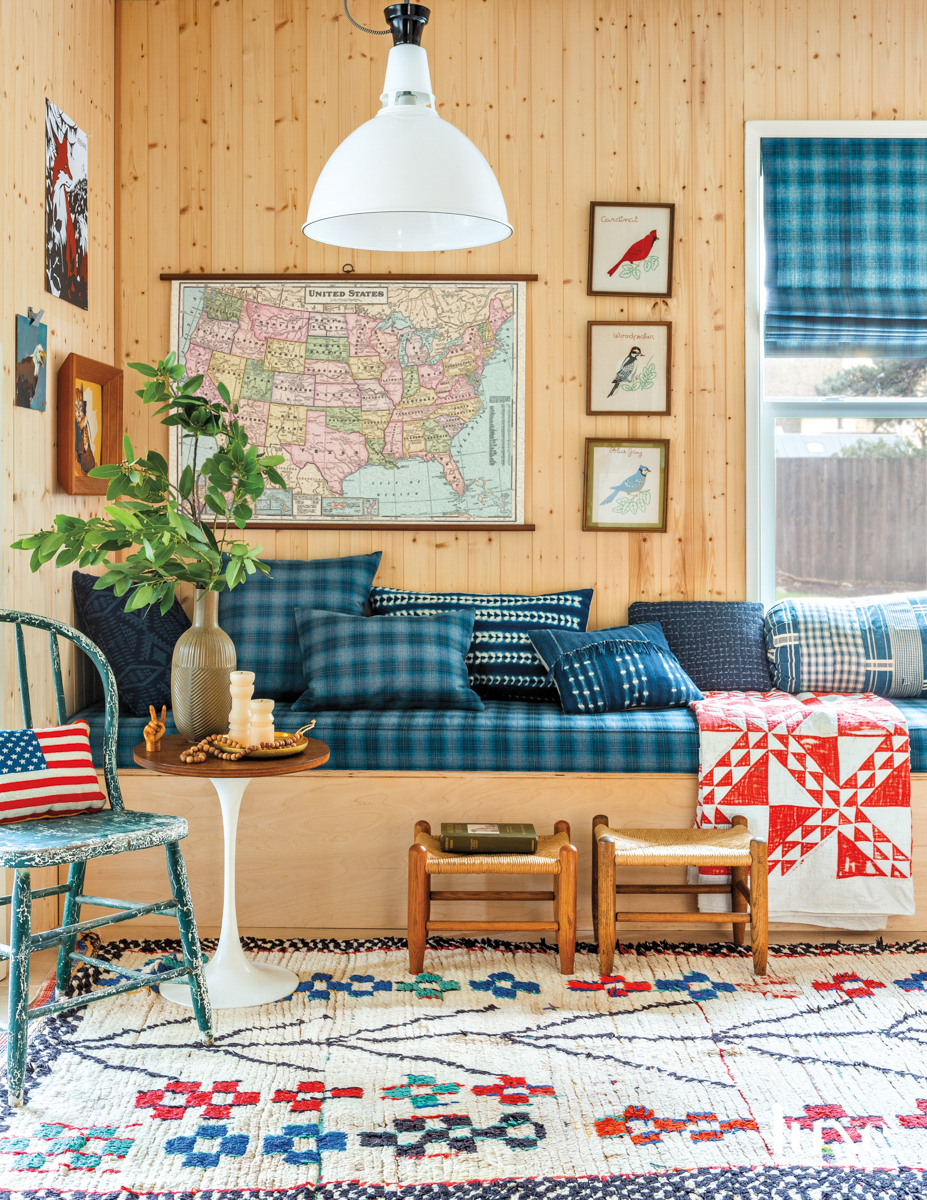 Other examples of the movement include Max Humphrey's unique Americana-style interiors.

Other examples of the movement include Max Humphrey's unique Americana-style interiors. 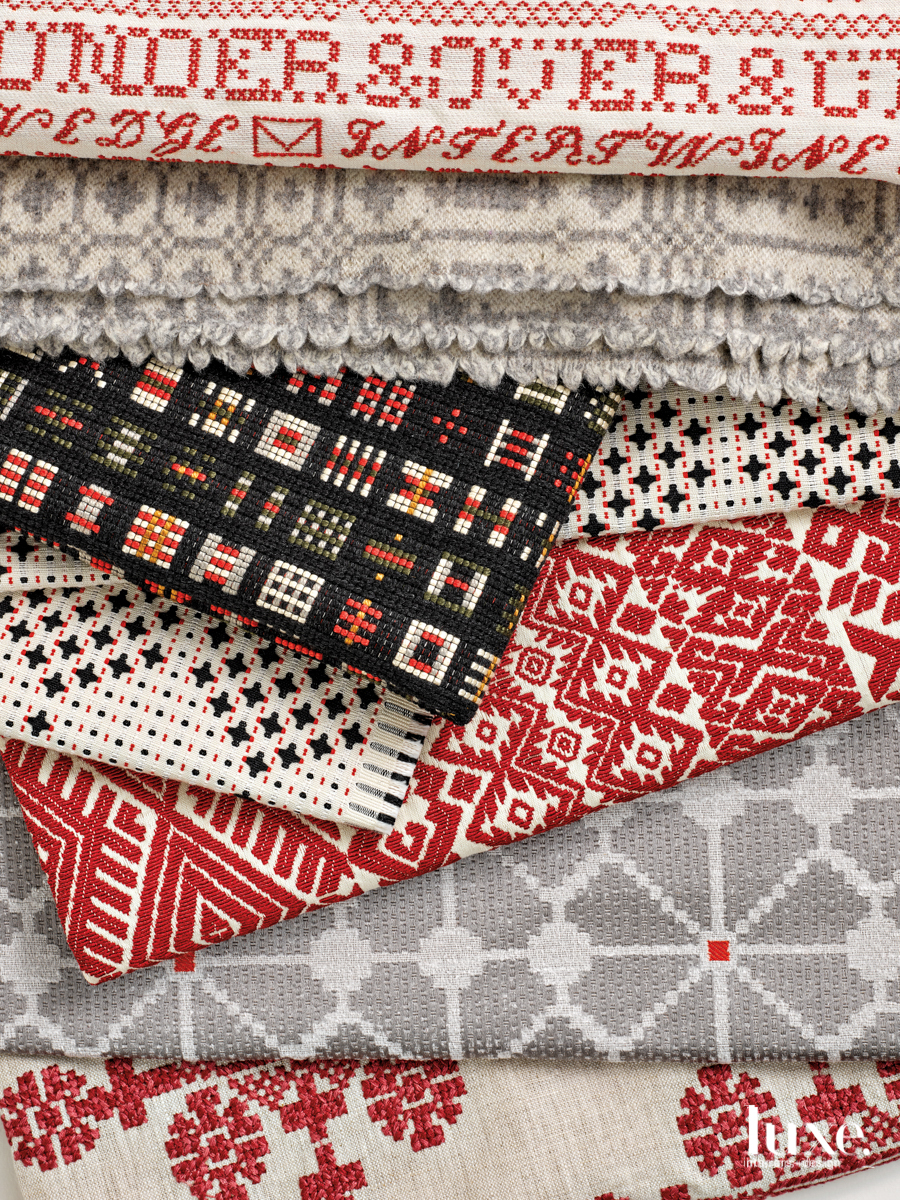 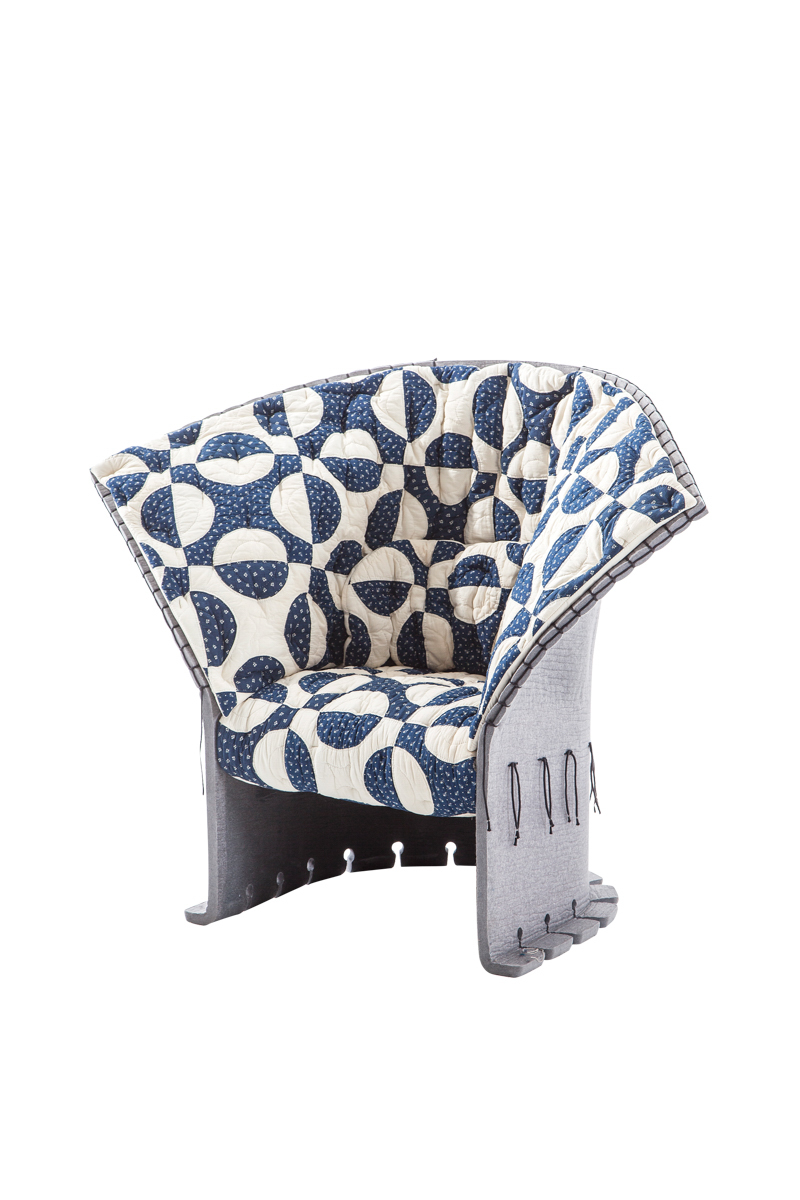 Folk-inspired designs are not only a way to preserve traditions and cultures, but also a means to pause, reflect and reconnect to a slower, more intentional way of life in today’s fast-paced world.”People are taking the time to appreciate attention to detail, embrace the handmade, and honor the voices of American folk crafts,” says Rachel Doriss, design director of Pollack Studio.

For its spring 2018 Undaunted Collection, Pollack partnered with Santa Fe’s Museum of International Folk Art to create 11 fabrics inspired by pieces from the institution’s extensive textile archive. Each Undaunted pattern features original elements reinterpreted in a contemporary way. Text Message, for example, was inspired by 19th-century samplers used to practice embroidery. “Our take is a woven sampler with letters and motifs using weaving terms,” says Doriss. “From afar, it looks like a sample, but up close, there are hidden messages and even emojis.”

Artist and designer Kiva Motnyk founded New York City’s Thompson Street Studio with a similar philosophy. Inspired by the tactile quality inherent in folk art, her modern application of traditional textile techniques–weaving, knitting, quilting–helps keep crafting traditions alive. “It’s inevitable in a technological society that people will return, from time to time, to what is personal and authentic,” she says. Excited to see the revival of folk-inspired design in homes imbued with a new energy and vision, Motnyk thinks it’s a natural way for artists to collaborate and share their cultural histories as creatives working in America.

For his modern Americana-style interiors, Portland-based designer Max Humphrey pulls in folk-inspired elements to infuse personality into spaces using pottery, tramp art frames and quilts that lend character and context to otherwise neutral backdrops. “Folk has a broad appeal because people are inspired by things made by hand right here in America,” he says. “It’s timeless because it’s symbolic.” In a sense, folk-inspired design is a tool to communicate and preserve stories of craftspeople and communities from the past in a way that’s relevant to our current culture–and that never goes out of style.