When we met, she had a clear idea of what she wanted to see in the space, down to the smallest details,” designer Chad Eisner says of his client—activist and philanthropist Nikita Kahn—the owner of a penthouse apartment graced with 280-degree views of Los Angeles. “She wanted a place that felt fresh and current, but also light, airy and soothing,” says Eisner. “My job was to take those elements and make them feel cohesive.”

Eisner approached that task by first devising a subtle progression of neutral hues inspired by his client’s love of the beach. “I brought in a warm palette with soft sand tones,” he says. “It’s peaceful with a sexy edge to it, and it doesn’t feel like it’s competing with the view.” Beginning in the foyer, “we added a dark grass-cloth wallpaper,” he says. “I needed to create a compressed, moody space before you get to the living room.”

The foyer opens to the living room’s spectacular double-height volume, where the designer transitioned to a lighter shade for the walls, clad bookshelves with leather, and then jumped at the chance to experiment with the lighting. “I’d always wanted to do an installation that felt like multi-plane light,” he says. To achieve that feel, he placed Sonneman’s LED Corona Ring pendants in varying sizes and heights to create illuminated halos around the space. Builders Scott Butler, who served as project manager, and George Peper, the firm’s president, collaborated with Eisner on getting the lights’ placement exactly right. “It’s challenging dealing with high-rise construction,” says Peper, who brought helpful experience and savvy from years working in New York. To get the wiring to the right location, notes Butler, “we had to set up scaffolding.”

To bring another dimension to the palette, Eisner incorporated subtle variations of the sand tones, as well as textural layers. A corded wool rug grounds the living room, where Eisner covered the sofa with “fabric that has an under weave of caramel,” he explains. “You wouldn’t see it on first glance, but it relates to the wood finishes on the chairs.” In the bedrooms, the designer chose tactile materials, such as grass cloth or linen, to clad the walls and “define the spaces a little better,” he says.

The penthouse required little in the way of architectural intervention, but Eisner added new limestone flooring in the kitchen and bathrooms, and bleached walnut elsewhere. In addition to these updates, Eisner created a banquette to carve out a breakfast room in a corner of the kitchen. “It gives you a moment to take a break and let the view be the backdrop,” he notes. To pair with the banquette, he covered vintage Mies van der Rohe Brno chairs—which also surround a custom dining table—with a leather similar to the one he used to dress the bookcases he designed for the living room.

As much as she was drawn to a fresh, contemporary look, the owner felt the pull of vintage design. Even before starting the project, she had collected some standout pieces, including the Brno dining chairs, a Paul Evans coffee table and a Vladimir Kagan headboard (at the time upholstered in a riotous floral). “In other environments, they could be overly strong or heavy,” Eisner says, “so I took her love of those periods and those designers and married them with something more contemporary.”

For example, a streamlined Minotti sofa balances circa 1940s Jindrich Halabala oak-and-nickeled-brass armchairs in the living room, the Kagan headboard was recovered with a Great Plains fabric for the master bedroom, and, in the upstairs bedroom, a leather-upholstered Minotti chaise stands at the foot of a bed crowned with a matte-and- polished-steel Paul Evans headboard.

The mix of pieces within the softly layered spaces creates an atmosphere that’s both stylish and enveloping. “When we think of a penthouse, we think slick and cold,” says Eisner. “This isn’t a Batman penthouse; it’s warmer, softer and friendlier to live in. You feel like you’re safe in a cocoon floating in the clouds.” 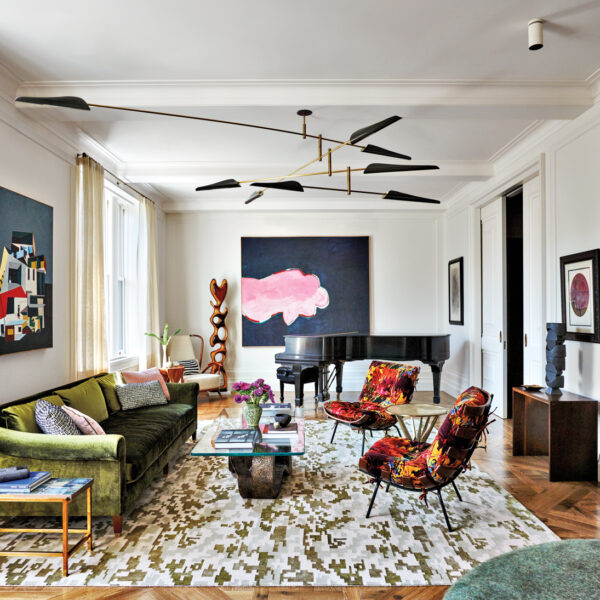 Paris Meets Manhattan In This UWS Apartment Where Art Reigns 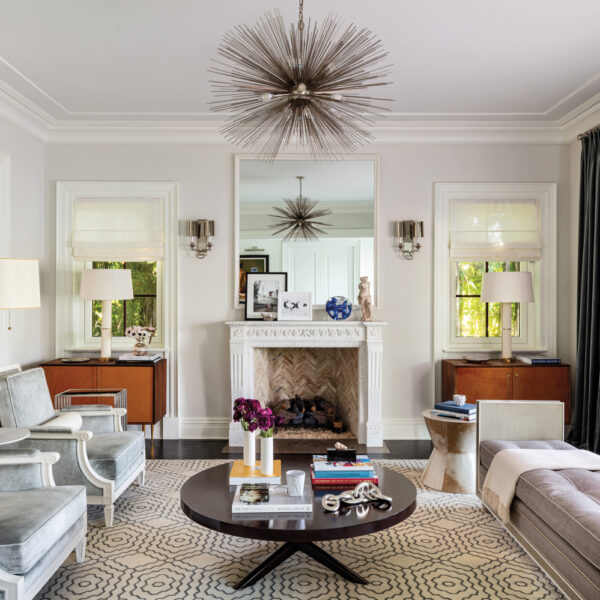 Inside An Old World-Style Miami Beach Home With Modern Interiors

Tour A High-Design Horse Ranch And Home In California 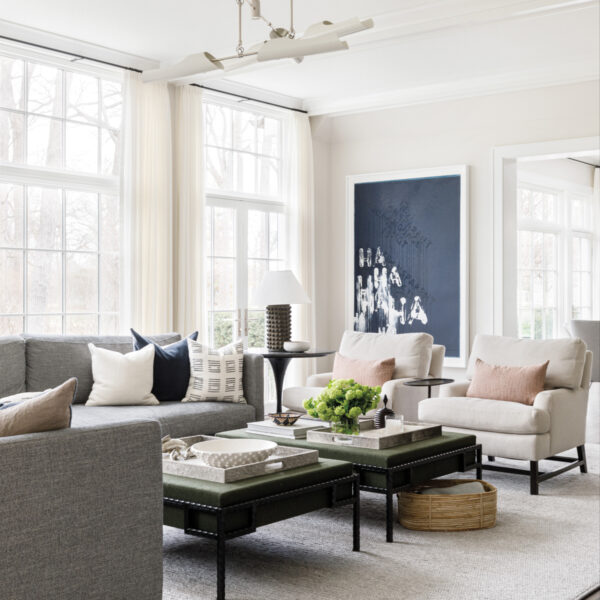 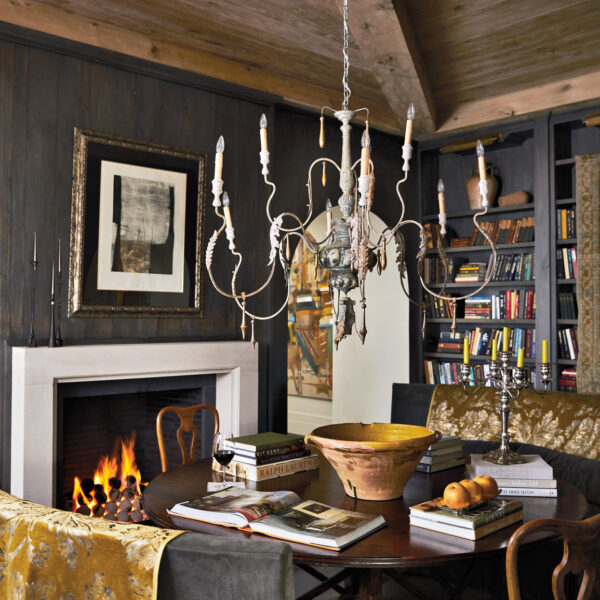