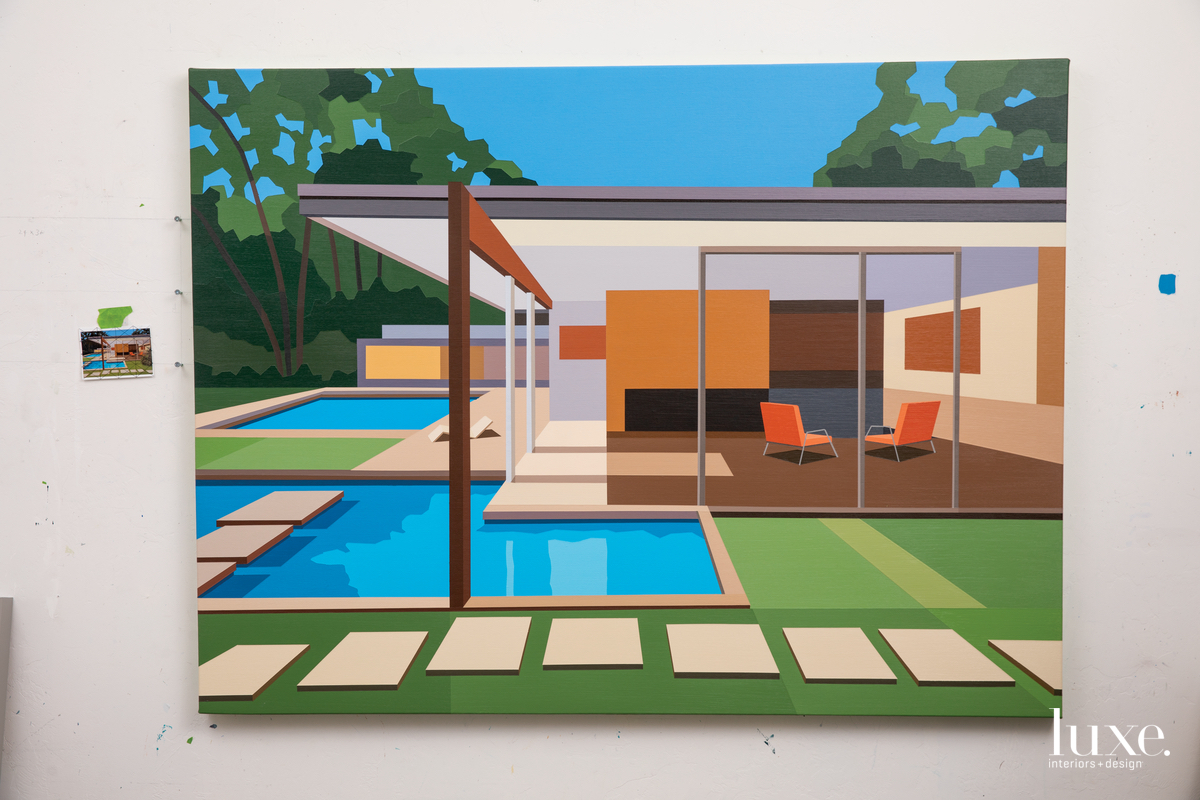 Tucson artist Andy Burgess refers to archival images for his paintings, like his latest version of the Singleton House by Richard Neutra.

From Fallingwater to the Kaufmann House, midcentury architectural masterworks loom large in the public imagination as they continue to influence our built landscape. These familiar icons find new poignancy in the work of Tucson, Arizona, artist Andy Burgess, who illuminates classic modernist homes in dreamlike, prismatic paintings. Though painstakingly rendered, his works aren’t aiming for authentic likeness. “I’m not interested in photorealism,” the artist says. “I want to explore how paintings can capture how aspirational and romantic these places can be.” His earliest works were strictly abstract, but, he says, “I eventually felt like I was painting myself into a corner. I found I needed something in the real world to paint, and these architectural scenes had all the geometry and abstraction I needed.” 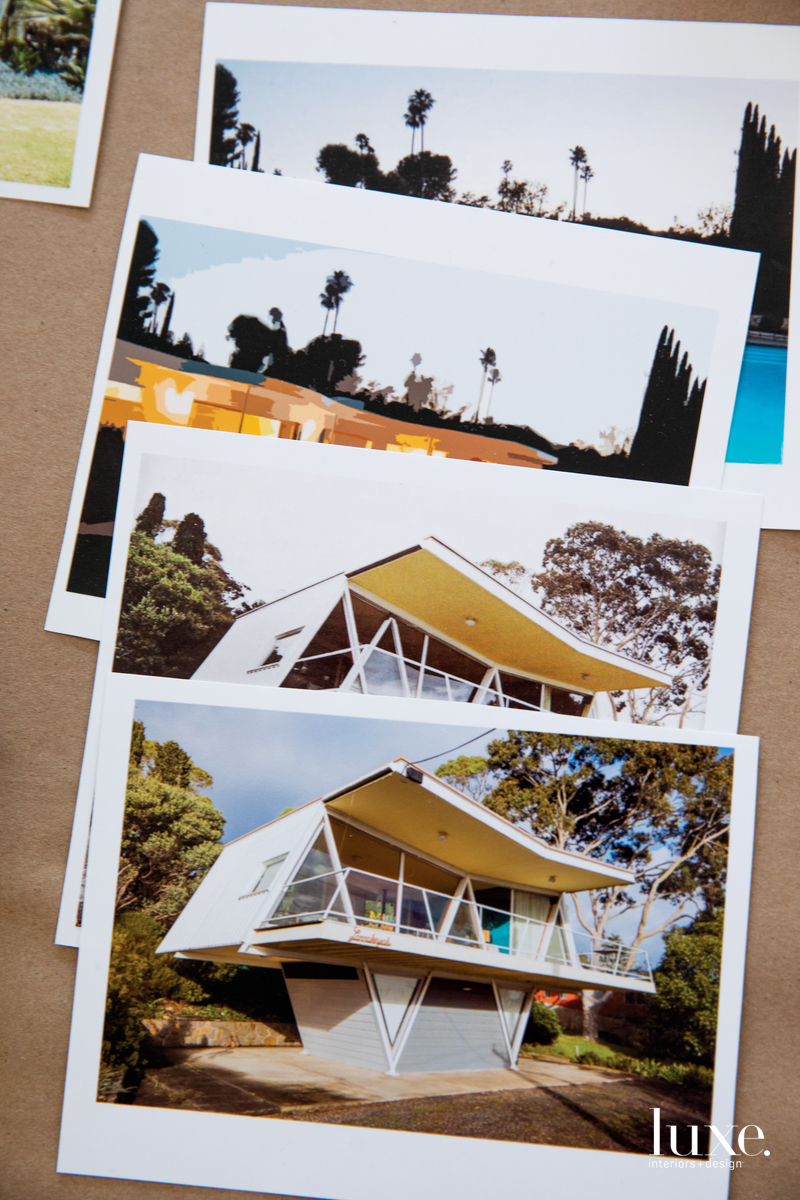 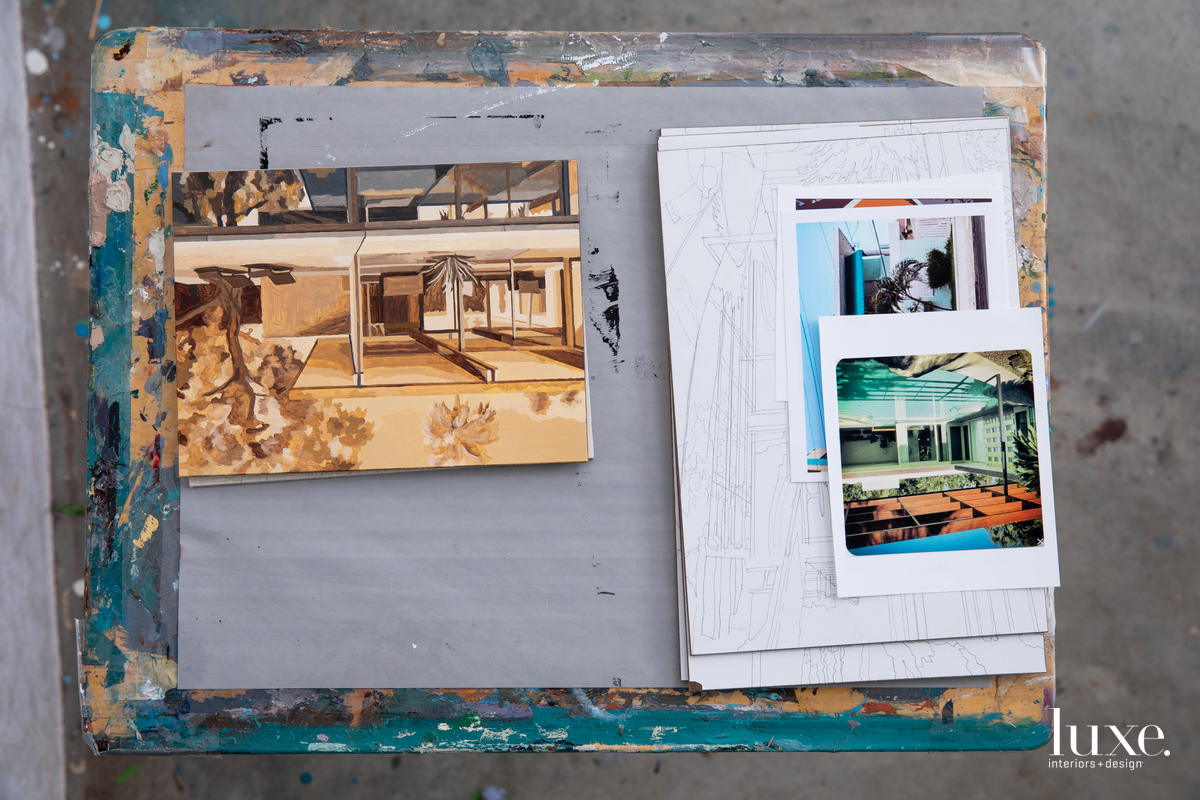 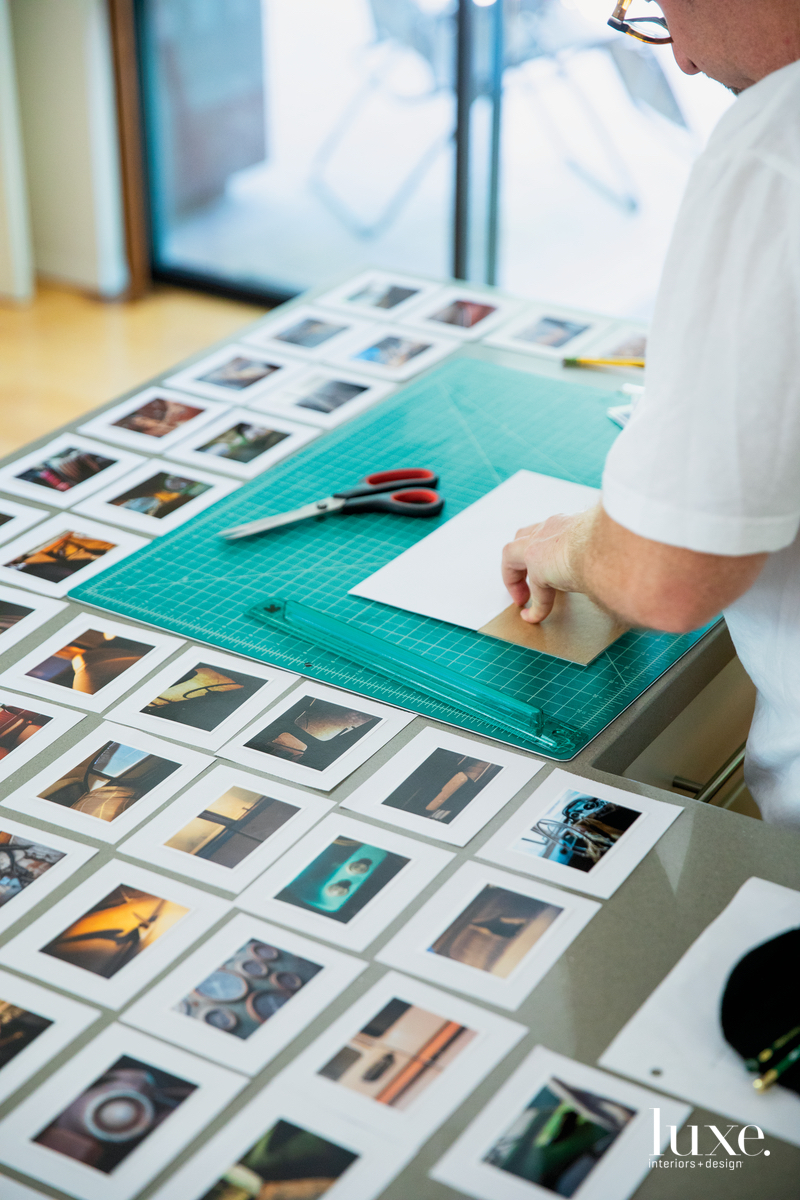 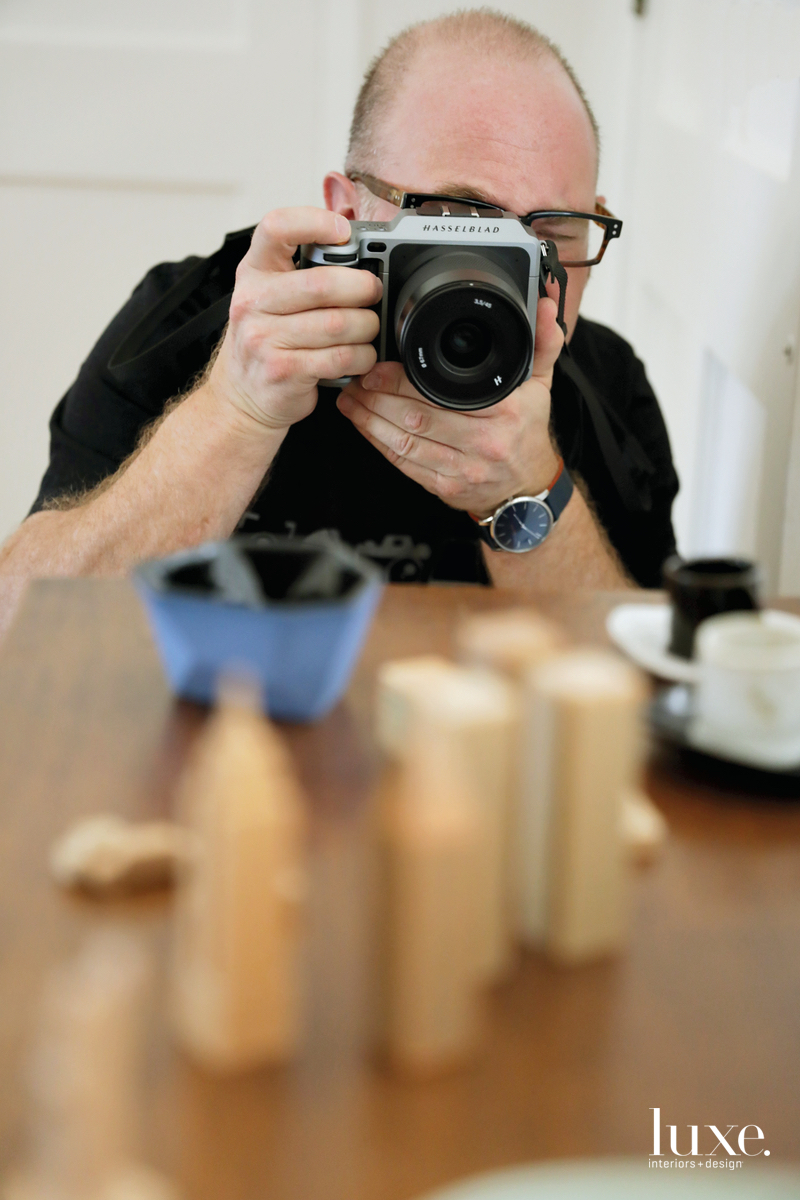 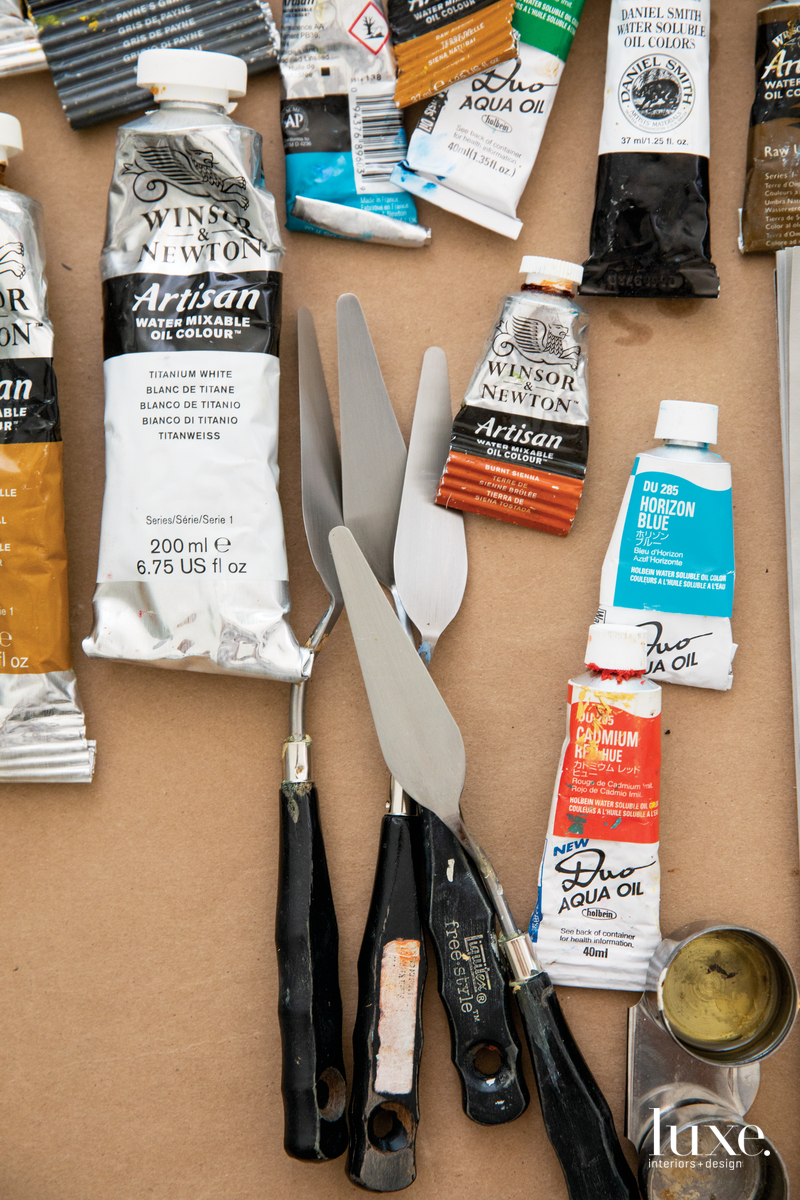 In his studies, Burgess prefers experimenting with looser, more expressive oils before moving to the canvases, which are a mix of acrylics and oils.

In his studies, Burgess prefers experimenting with looser, more expressive oils before moving to the canvases, which are a mix of acrylics and oils. 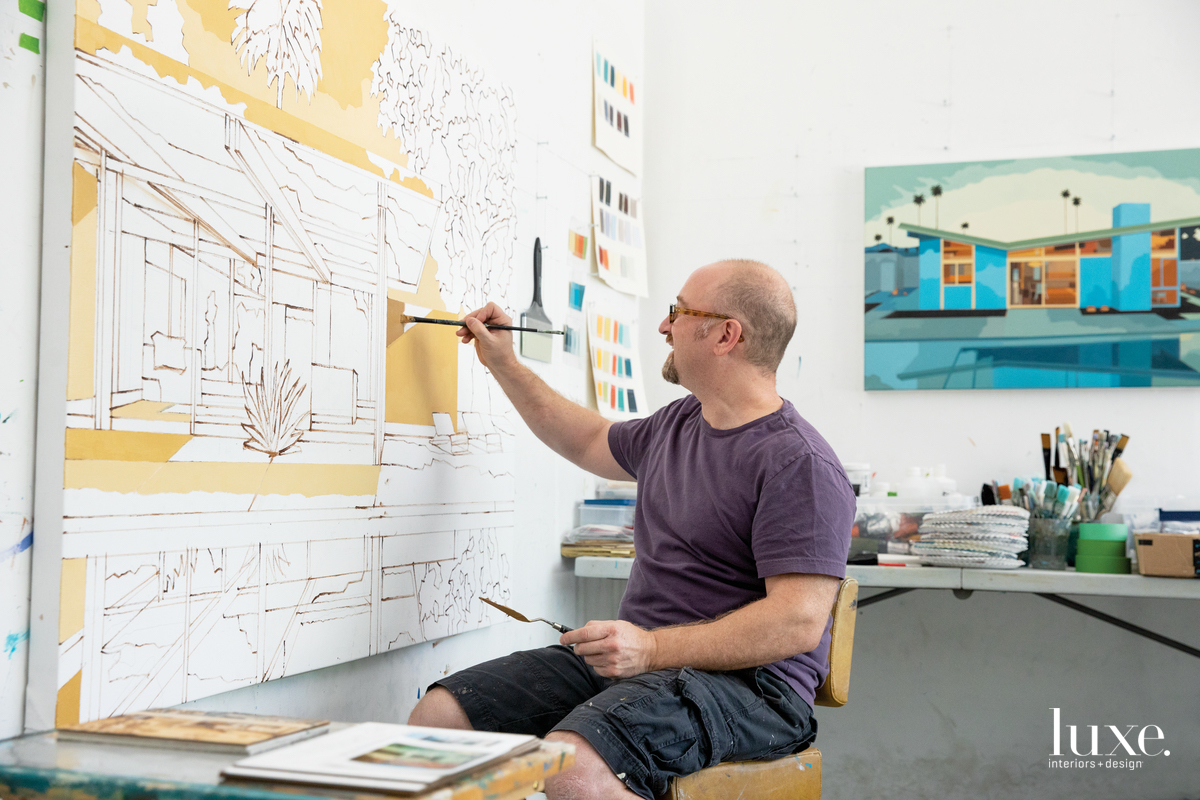 For the British transplant, this creative direction thrived after moving from London (where he studied painting at the Byam Shaw School of Art) to Tucson in 2009, thanks to the city’s ample sunshine and rich midcentury architecture. Experimenting with skylines and street scenes, Burgess soon gravitated toward the strict geometry of modernist homes. “Modern architecture is all about the perfection of lines and planes, which suits my aesthetic,” he says. Architectural hot zones like Palm Springs, California, also became favored hunting grounds, where the artist–an accomplished photographer scouts historic residences by late noted architects Pierre Koenig, William Krisel and Donald Wexler.

When creating a composition, Burgess uses his own photos or archival imagery as a starting point. “From there, I invent and edit,” says the artist, who drafts several studies before arriving at the final image. Rectilinear buildings are reduced to their most basic shapes–he uses tape to block out slabs of color in smooth acrylic–while homes softened by foliage are painted with textured oils to create light and shadow. His expressive hues also amplify atmosphere, from the tropical technicolor of Paraty House, Brazil to the domestic warmth of soft yellows and twilight blues in Wexler Steel House IV. Though taking cues from the real place, the final palette aims to “add a psychological dimension,” Burgess notes. “Color is emotive. It activates desires and dreams.”

These architectural portraits have certainly resonated with art aficionados. This year alone, his work was celebrated in a mid-career retrospective at the Tucson Museum of Art as well as a fine art monograph of his paintings by Nazraeli Press. The immediate appeal of his pieces perhaps owes much to their implied air of nostalgia, a fact the artist embraces and explores both in his paintings and in other mediums. “I’m drawn to anything analog,” says Burgess, who also founded Dark Spring Press, an independent publisher specializing in limited-edition books by local photographers. “In a way, my work looks back to a period of time when people took their time over things.” This historic quality resonates strongly in his complex cubist collages, which use aged book covers and antique matchbooks featuring classic midcentury typography. His photography also delves deeply into Tucson’s landscape of old neon signs and vintage cars.

Through the daydream glow Burgess infuses into his paintings, these midcentury houses feel like mementos of the past. It’s a useful reminder that these emblematic buildings were homes, too; artifacts people left behind of an elegant life lived among their pristine glass walls and crystalline pools.