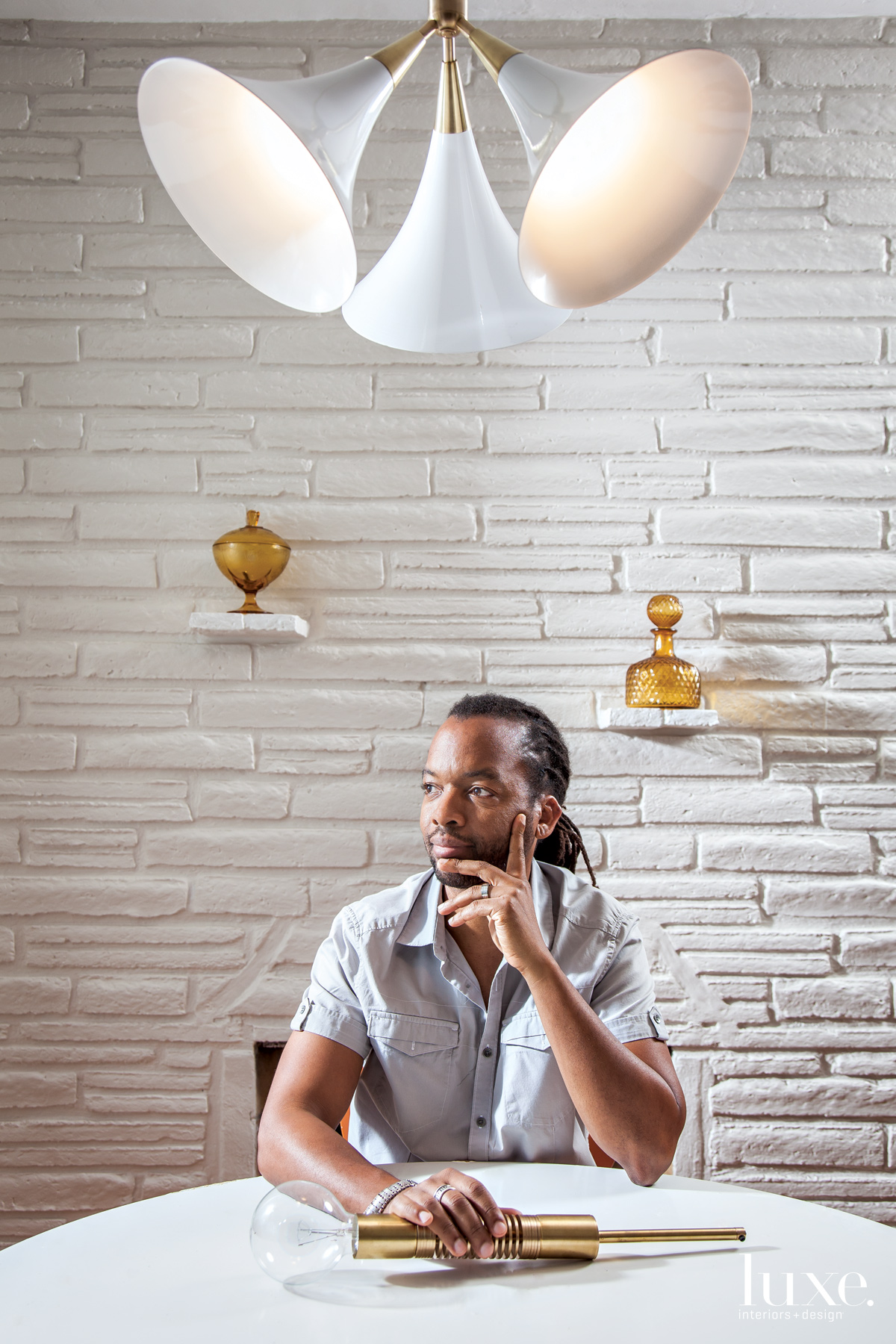 After a quick 15-second commute through a breezeway that connects his Miami home and studio, lighting designer Raymond Barberousse taps on his SoundCloud app, igniting deep house music, and he’s ready to work. He spends his days turning brass and steel into modern-glam pendants, lamps and sconces that are precise and deliberate in form—but his path to enlightenment began a bit more haphazardly when Barberousse and his wife, Priti Gandhi, purchased a four flat in Chicago and personally renovated one of the units for themselves. “I made our dining room table from reclaimed wood and glass, and the bathroom counter sink from leftover white-oak floorboards,” says Barberousse, who previously spent almost two decades working in the field of architecture.

In the process of toying with his own ideas for the lighting, Barberousse discovered his passion and a new business, crediting Gandhi for her support and for his first sale, as well. “We were in a vintage shop, and Priti asked the owner to take a look at my designs,” he says. “I hadn’t even been thinking retail at the time.” The proprietor gave the thumbs-up to the line, and before they knew it, Barberousse recalls, “this was a real thing.” 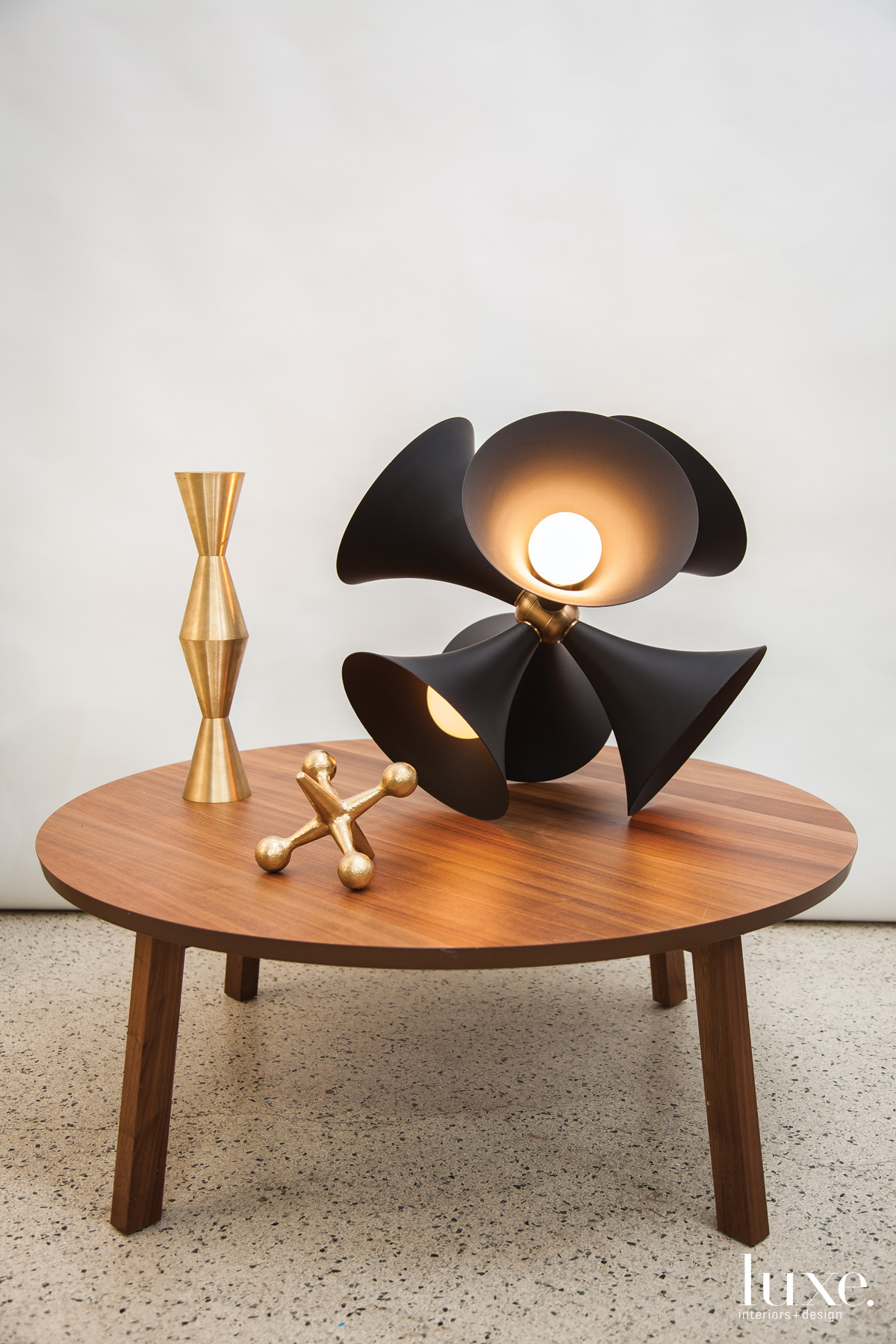 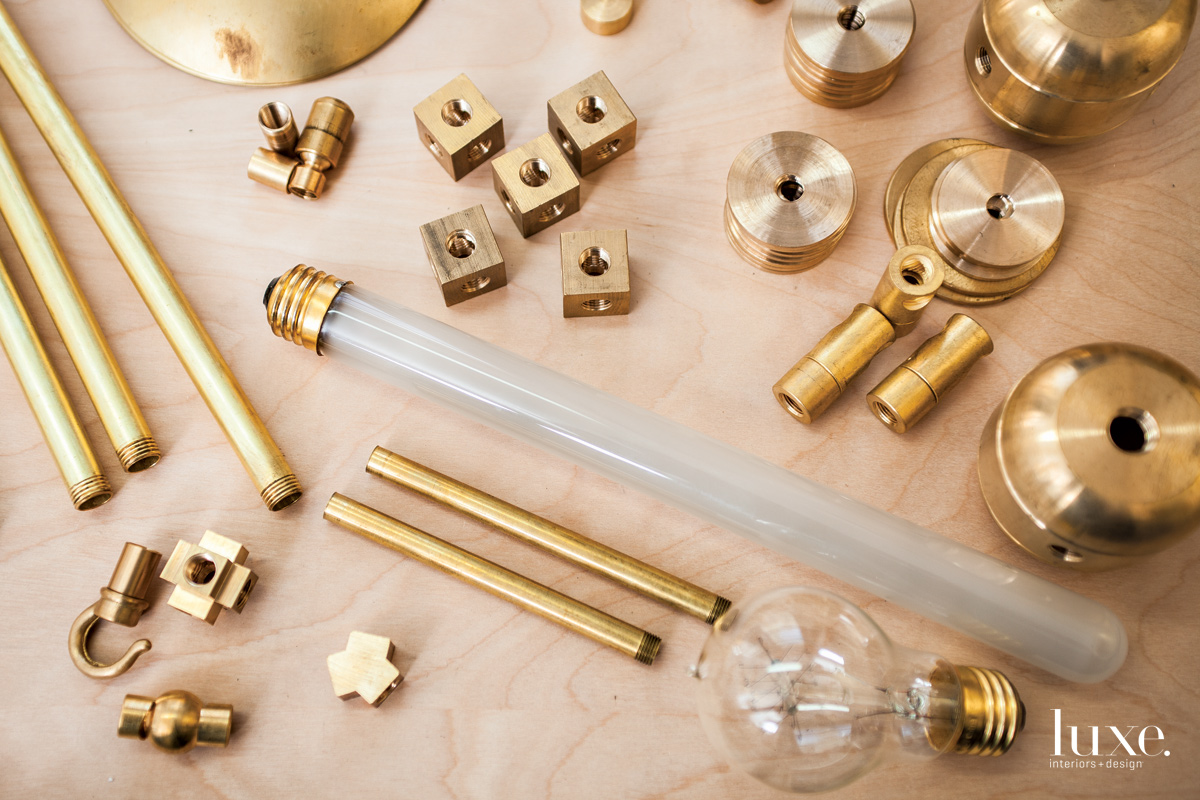 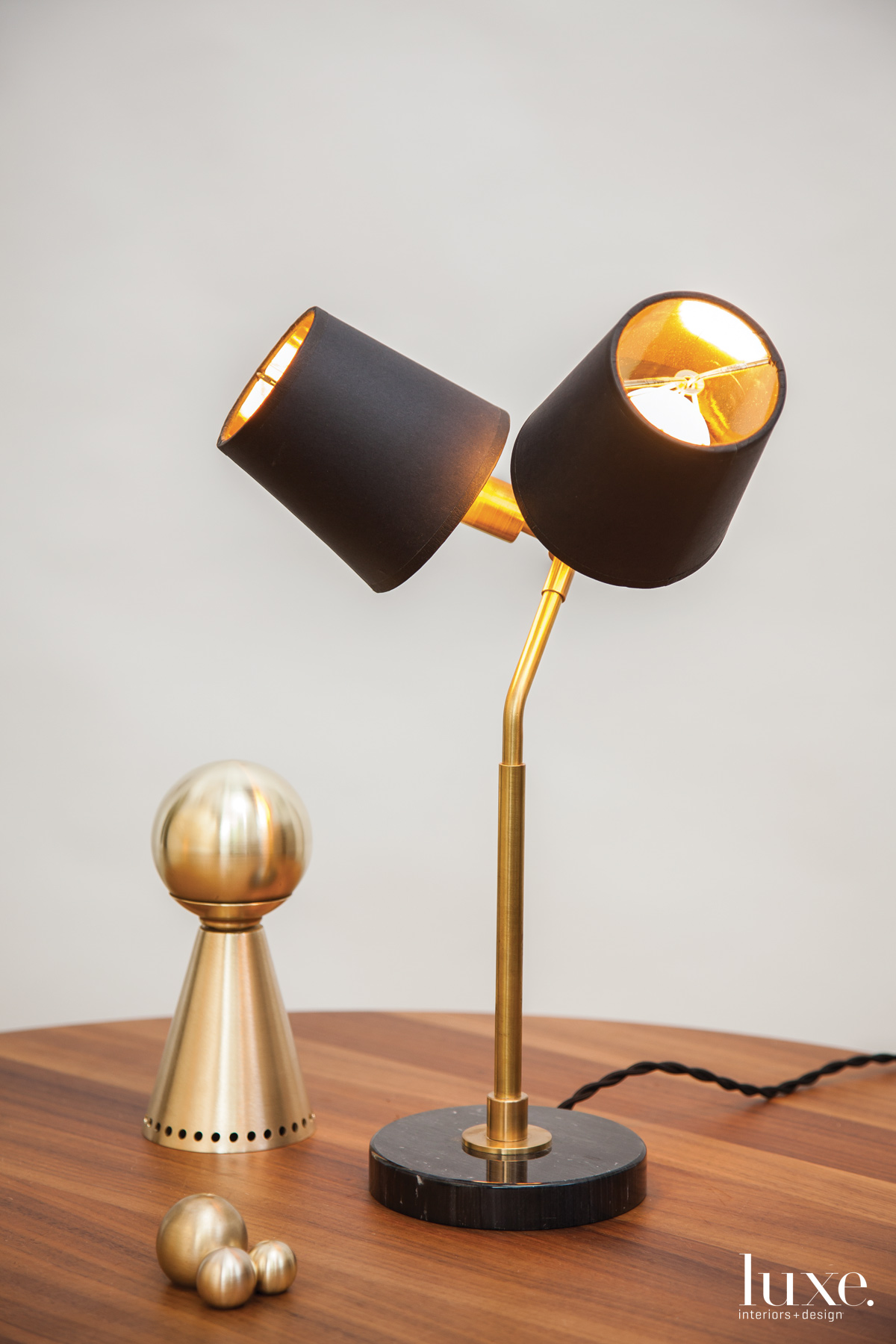 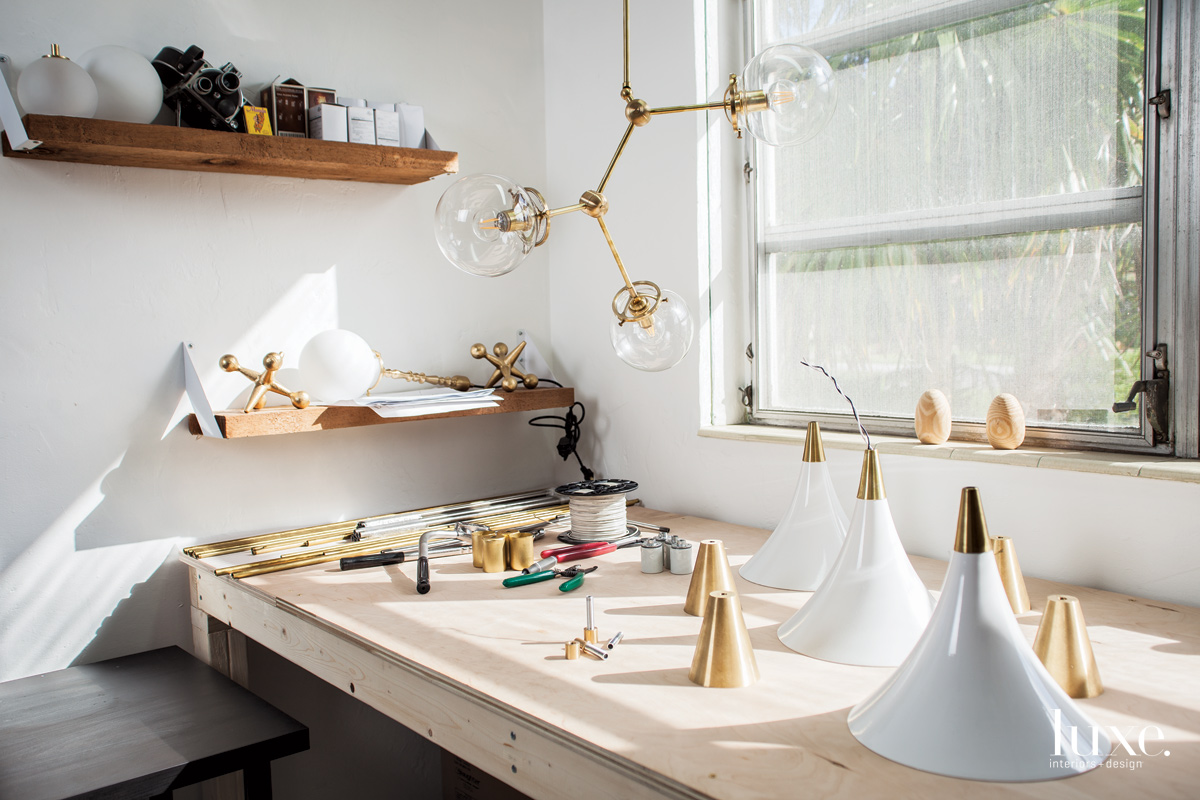 Today, the duo have established Studio PGRB and work side-by-side, surrounded by an orchard of fruit trees planted by Barberousse’s father. Gandhi handles the accounting as Barberousse creates, and they can still keep an eye on their toddlers. Their line is handcrafted, and soon they’ll add an industrial designer to their team, allowing for even more authentic and elaborate fabrication. No matter the task—a hotel in Taiwan, a restaurant in London or residences throughout the United States and abroad—for Barberousse, the process starts with a concept, then a sketch and then a mock-up fixture where all the kinks become perfected.

Museums are a favorite source for inspiration; in fact, his dream is to have his designs be thought of as art and sold at a museum shop. “I look at colors and shapes, then decompose them into an idea,” he says. “I enjoy thinking about how to take a two-dimensional platform into three dimensions that will translate into something beautiful and grand.” The inspiration for the latest Arrow chandelier, for example, was birthed around a photography exhibit Barberousse had seen of a man holding a sabre. And while museums are a constant muse, Barberousse continuously registers ideas fueled by something as simple as children’s toys or scaffolding seen on a construction site. “I want to work on light fixtures all the time,” he says. “It doesn’t feel like a job and I have to force myself to stop. Building something new is an exciting process. I crave going into the studio.”

This story originally appeared in the March/April 2016 Miami issue of Luxe Interiors + Design. 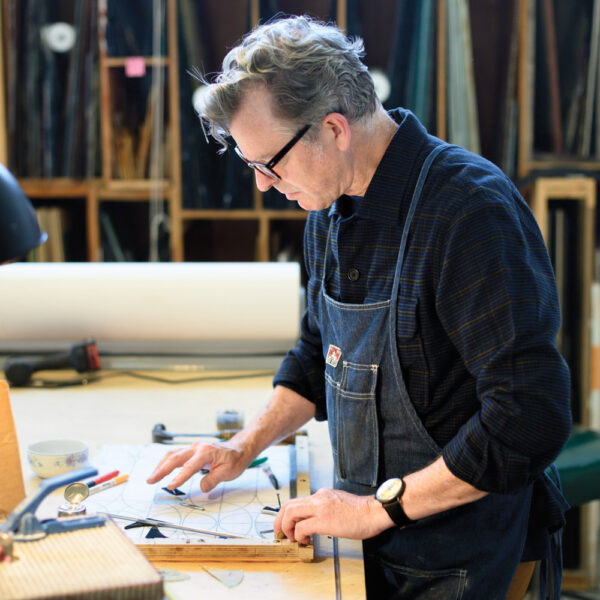 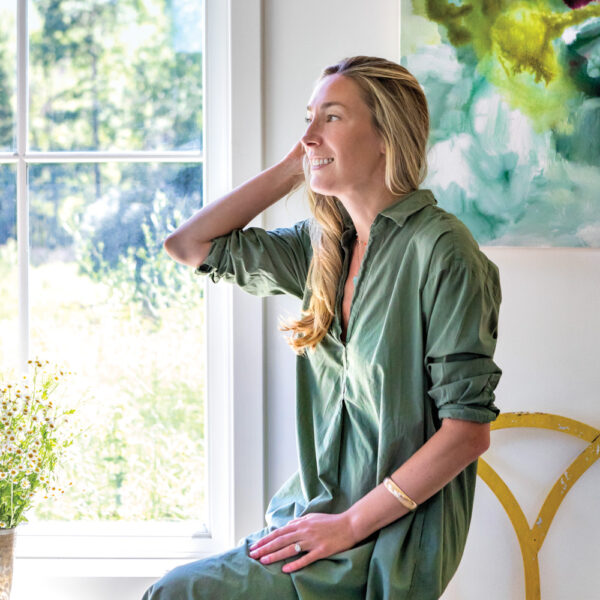 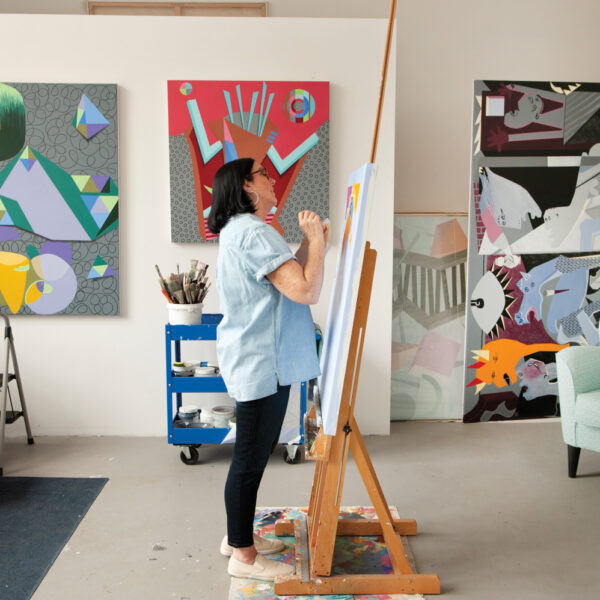 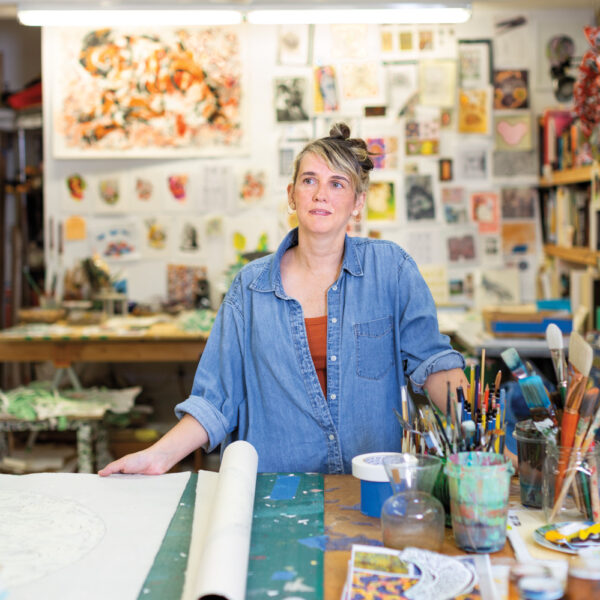 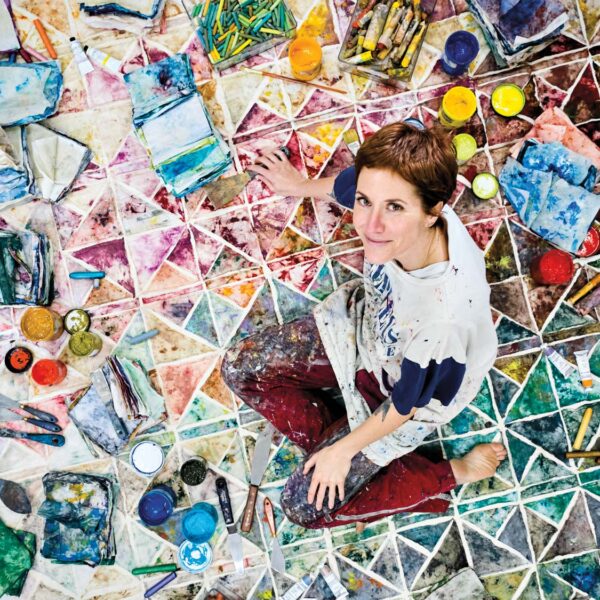