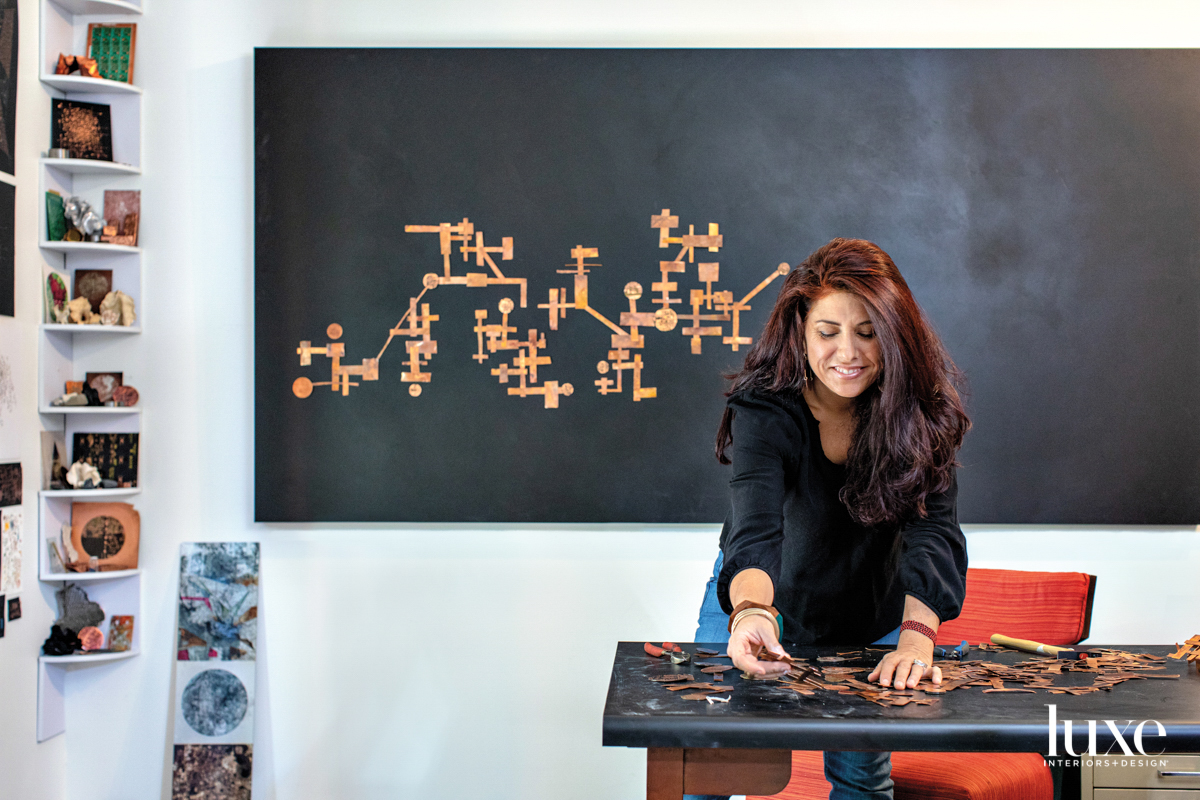 Artist Christine Cassano looks at the grids found in everything from circuit boards to satellite imagery in her mixed-media work.

To a pilot, the world looks different from above. A quiet order emerges from the tangle of daily life, revealing a geometric labyrinth of highways, farmlands and skyscrapers connecting us all. These man-made footprints form a familiar and enthralling pattern for Phoenix-based artist Christine Cassano—one she finds repeating everywhere, from sprawling city grids to the innards of computer technology. She conflates their shared visual harmony in her intricate mixed-media pieces and installations, incorporating sources micro and macro, from old motherboards to NASA satellite photography. 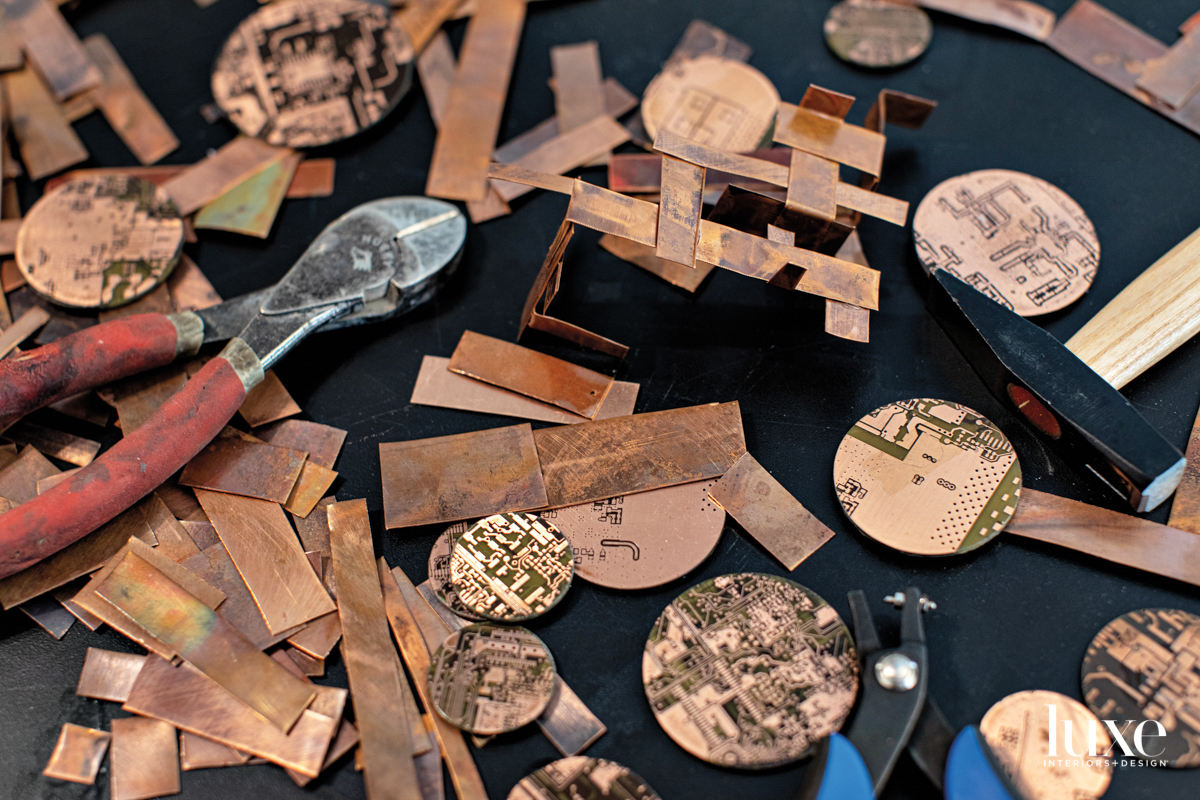 "“Technology has done revolutionary things, and it has also done things that are terrifyingly invasive," says Cassano.

"“Technology has done revolutionary things, and it has also done things that are terrifyingly invasive," says Cassano. 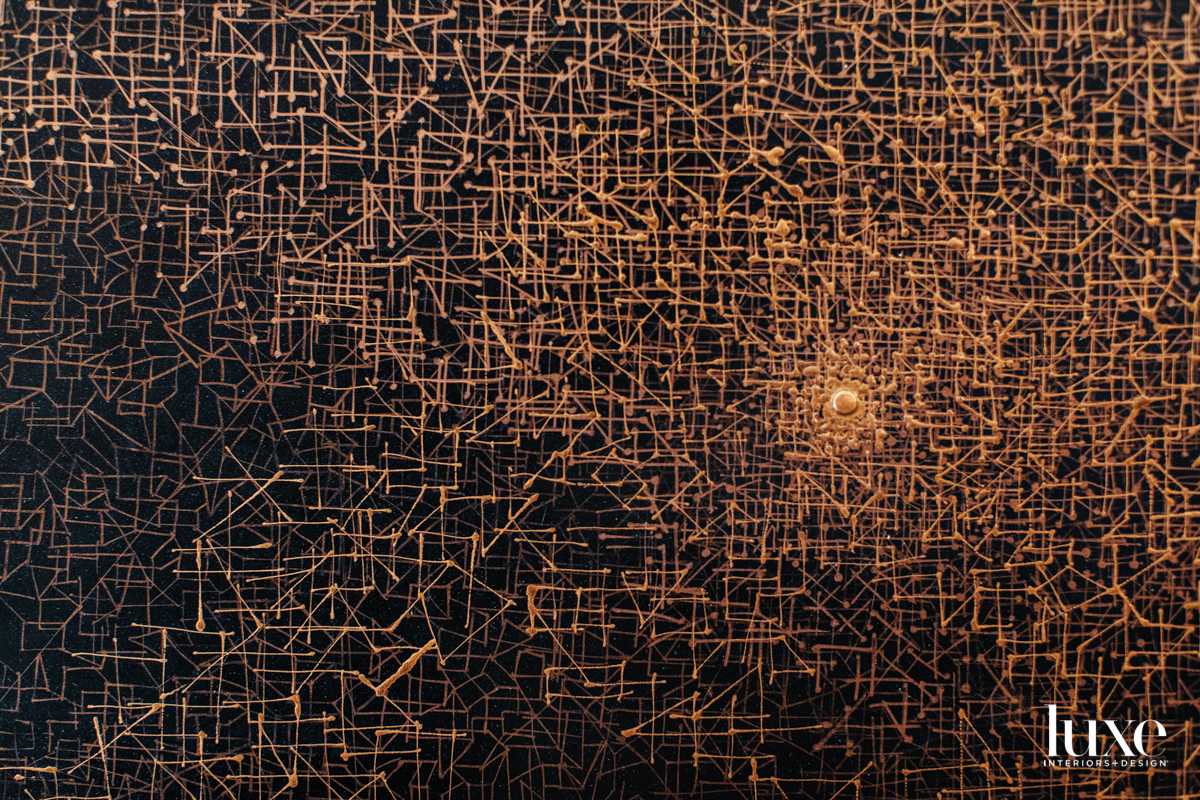 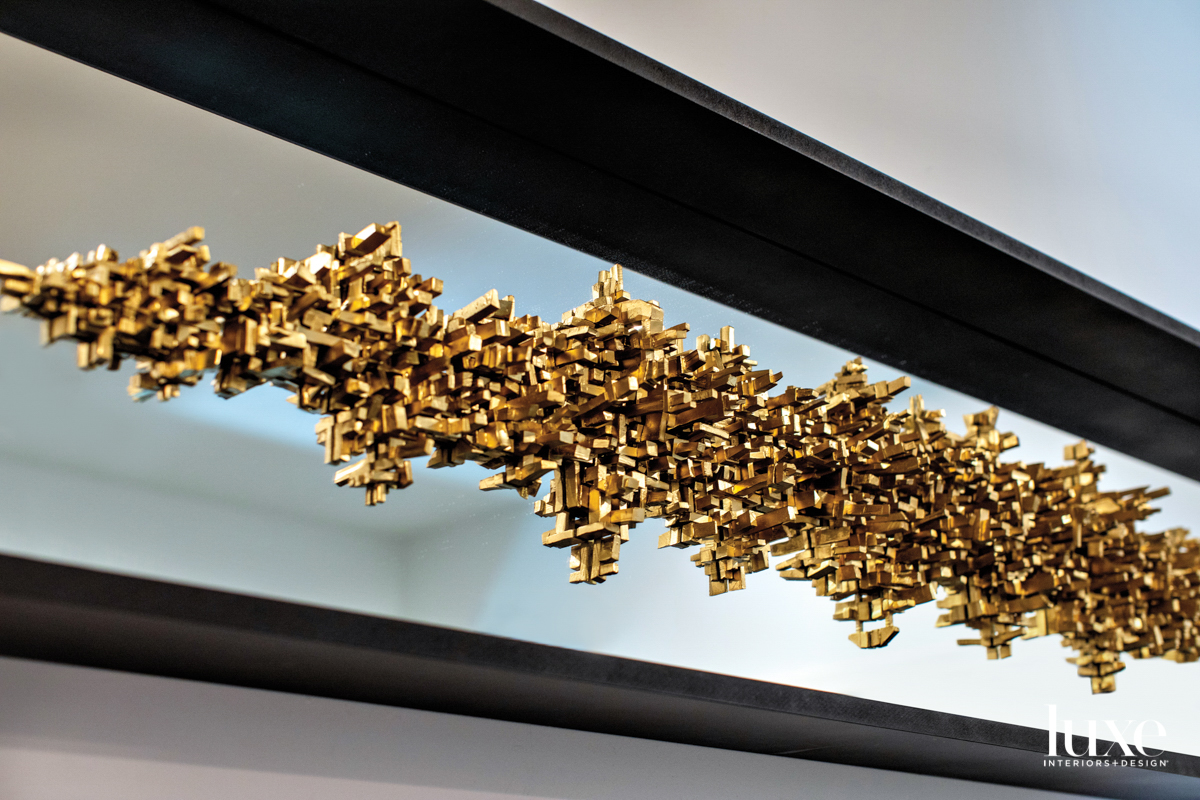 For "Resonance of Surveillance Capitalism" (opposite, below) Cassano hand-cut, kiln-fired and painted porcelain to reflect aerial views of suburban structures.

For "Resonance of Surveillance Capitalism" (opposite, below) Cassano hand-cut, kiln-fired and painted porcelain to reflect aerial views of suburban structures. 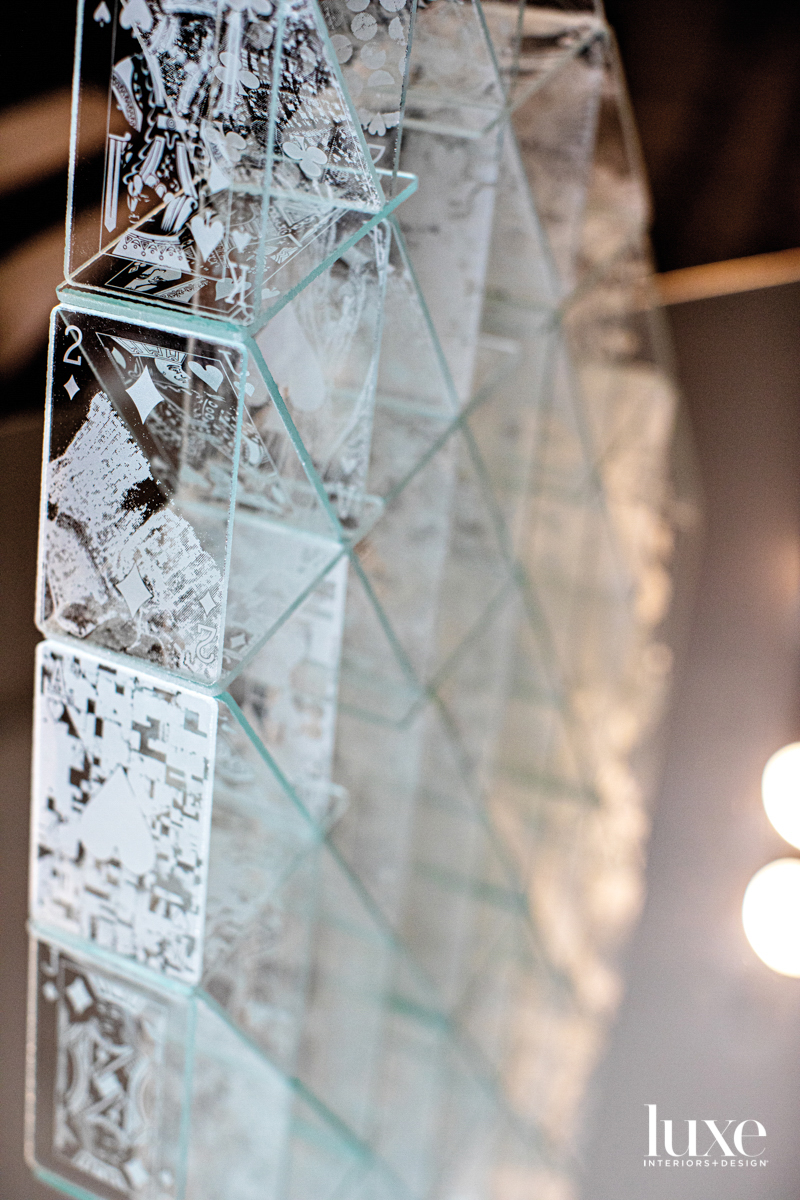 For "Glasshouse of Cards," Cassano assembled 52 pieces of glass cards engraved with aerial images of humans’ ecological impacts on the earth’s surface.

For "Glasshouse of Cards," Cassano assembled 52 pieces of glass cards engraved with aerial images of humans’ ecological impacts on the earth’s surface. 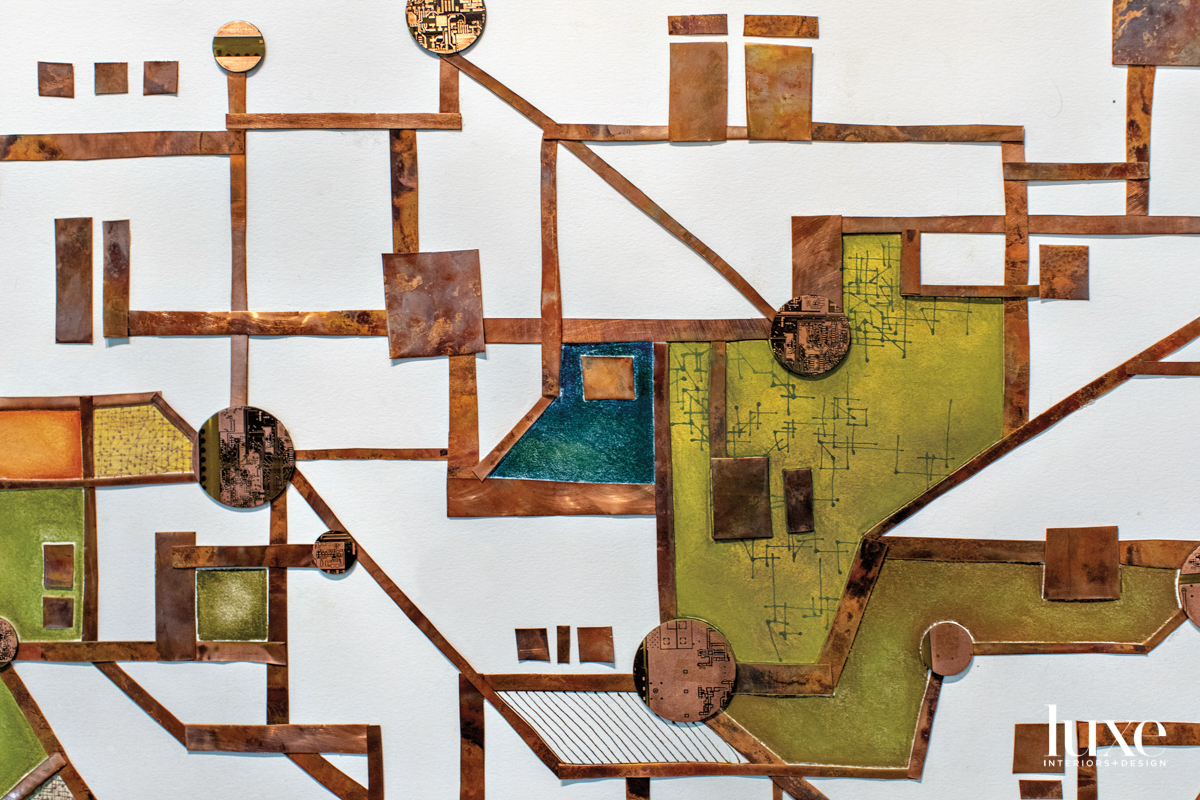 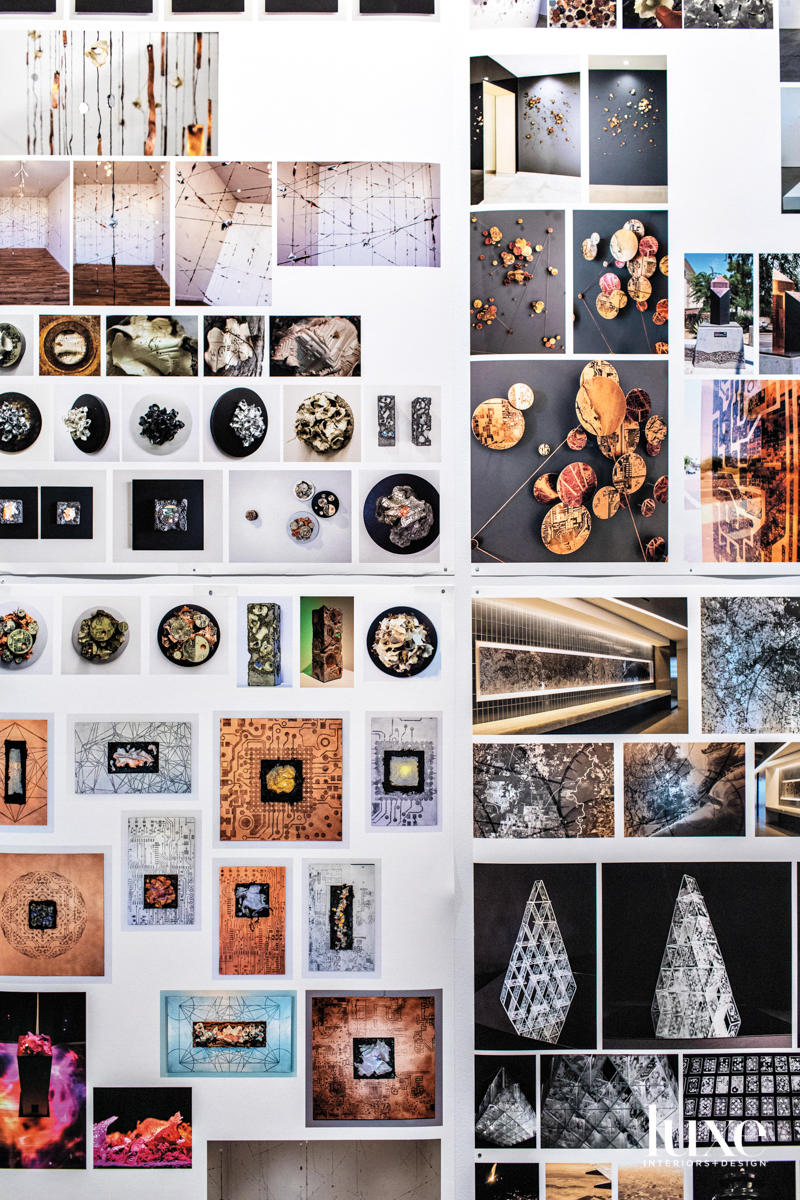 To Cassano, these networks represent more than an interesting motif. “You’re seeing the grid, but you’re also seeing the full economy of human nature just making a go of it,” she explains. “This is the binding agent that I’m looking for in my work—these shared patterns and processes.”

The visual grammar of these systems resonates with the artist, who grew up bonding with her brother over their love of aviation maps. They lost their dad, a Navy fighter pilot, at an early age, “so the maps became this deep connection to understanding my father,” she says. “I look at the whole process as a kind of wayfinding.”

Her studio is stacked with aviation maps, along with other found objects incorporated into her work. In several wall installations, like As Above, So Below, she prints maps onto copper pins. They are entwined in a complex wire web with pieces cut from real circuit boards, which have become “almost like a Rosetta Stone for me,” says the artist. “It’s this conductor of energy, data and navigation, but it’s also a beautiful metaphor of the city and hyper connections.”

Both maps and circuit boards are featured in her collage series “Conductive Landscapes,” where she expands and reconnects their pathways in a maze of metallic paint.

Though a beautiful ode to society’s engineering ingenuity, Cassano’s work also invokes civilization’s destructive impact on the environment. Take her installation Glasshouse of Cards, inspired by NASA imagery and her own photos taken on cross-country flights: In a pyramid of giant, etched-glass playing cards, each suit depicts different human ecological impacts on the landscape, from deforestation to mining.

Cassino embraces this duality. “Technology has done revolutionary things, and it has also done things that are terrifyingly invasive,” she observes. “What’s important to me is that this plays into the work.” And, like all the structures humanity creates, she hopes, too, that “my work comes across as beautiful, precarious and fragile.” 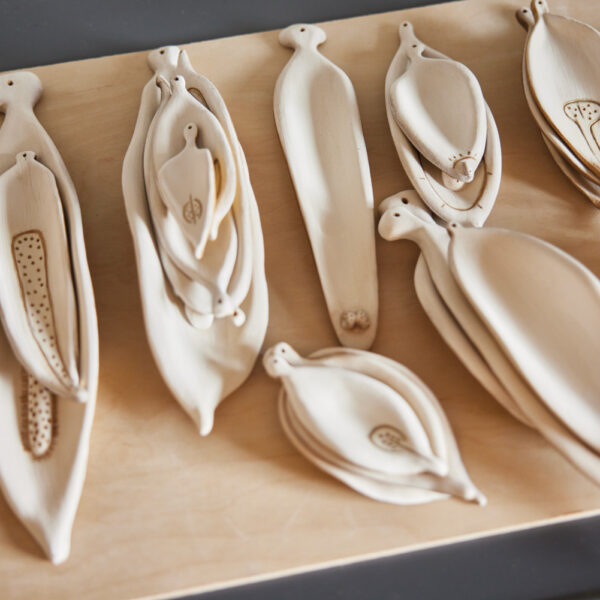 Turning Leaves Into Stone: Behind This Artist’s Meditative Creations 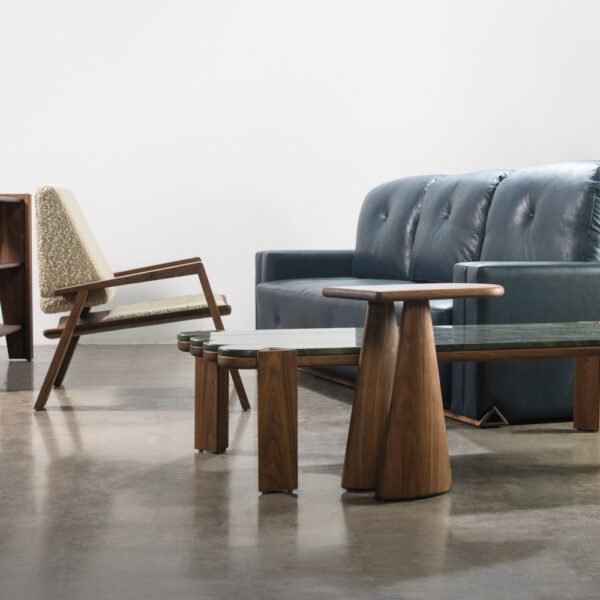 Behind This Divine Furniture Collection Inspired By Childhood Dreams 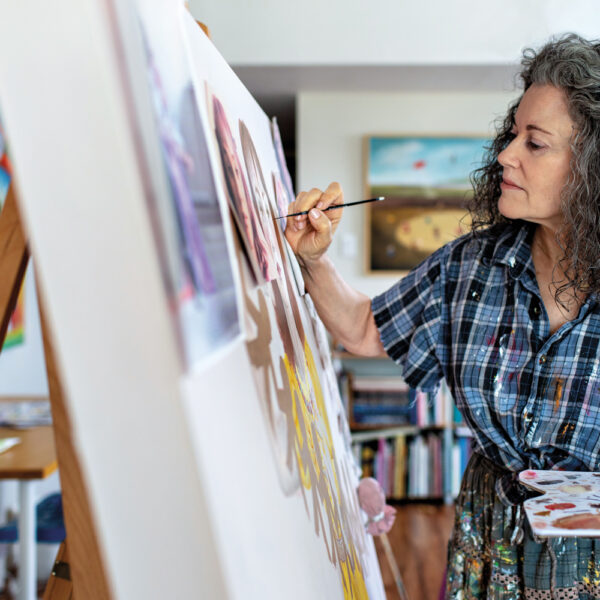 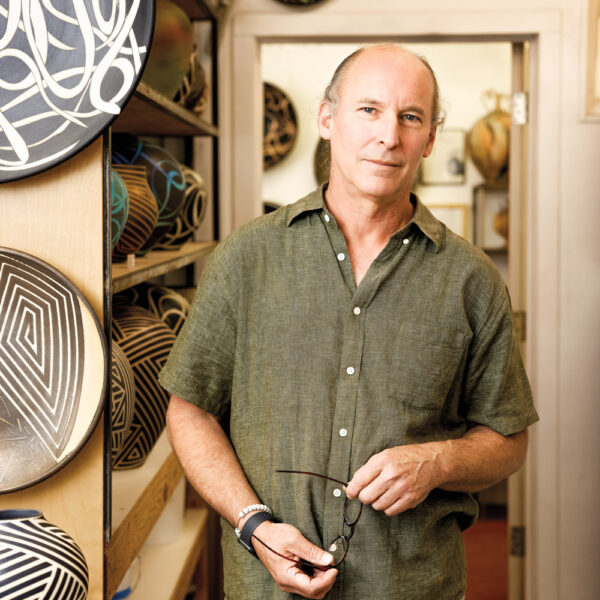 Why A Scottsdale Potter Credits A Short Attention Span For Success