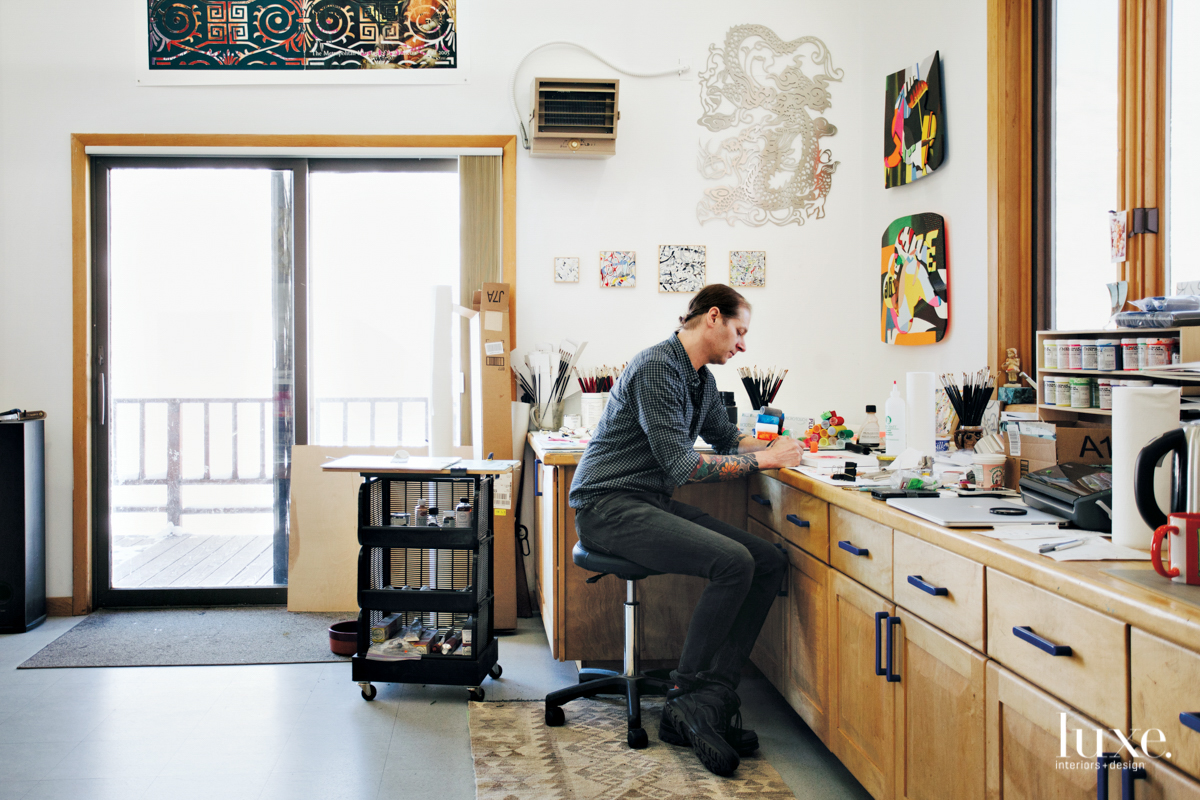 Brinker creates in his Aspen studio. He says, “I try to stay open to possibilities and new ways of working.

In 2003 multimedia artist Robert Brinker had an “aha” moment. He and his partner, Pamela Joseph–a fellow artist who also works in a range of mediums–were working at the American Academy in Rome, when they took a day trip to the nearby archaeological site and former port town Ostia Antica. “All the streets were lined in mosaics,” says Brinker, describing the way-finding system of the ancient city. “I said, ‘I could do this on paper.’” With this inspiration, Brinker began creating paper collages. 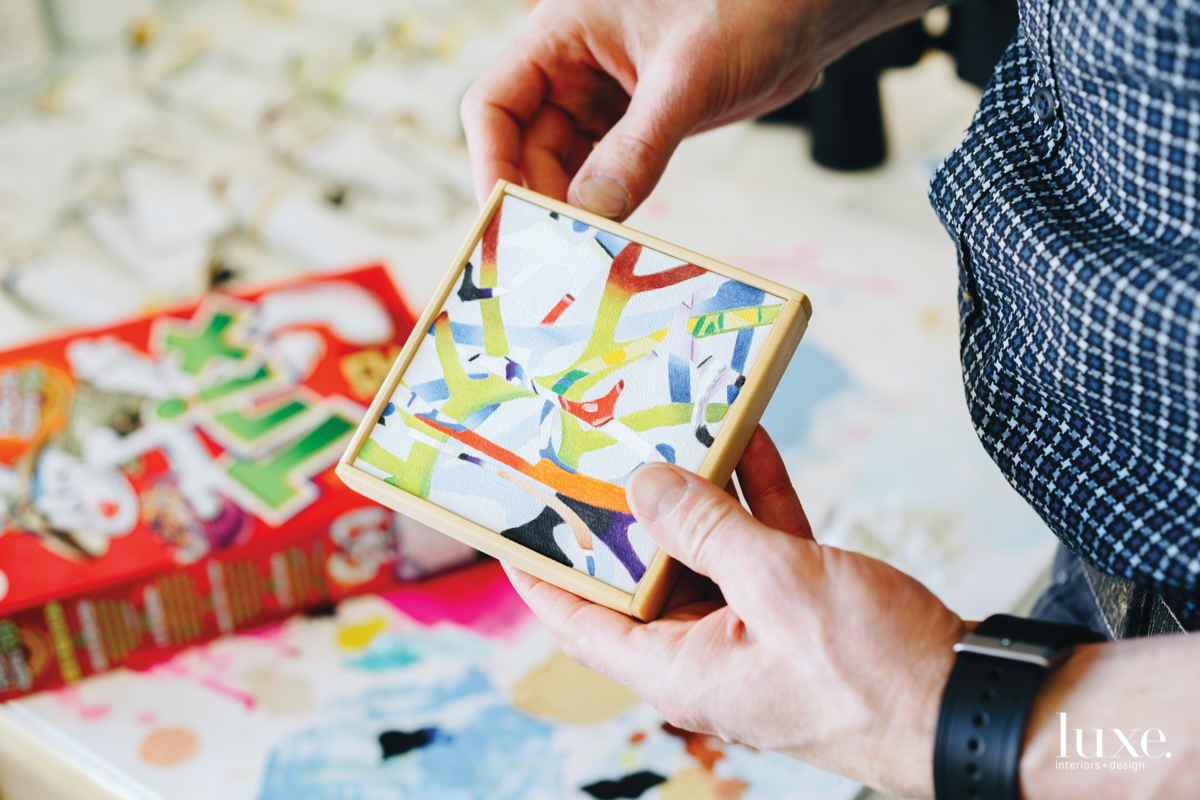 Brinker holds one of his miniature works.

Brinker holds one of his miniature works. 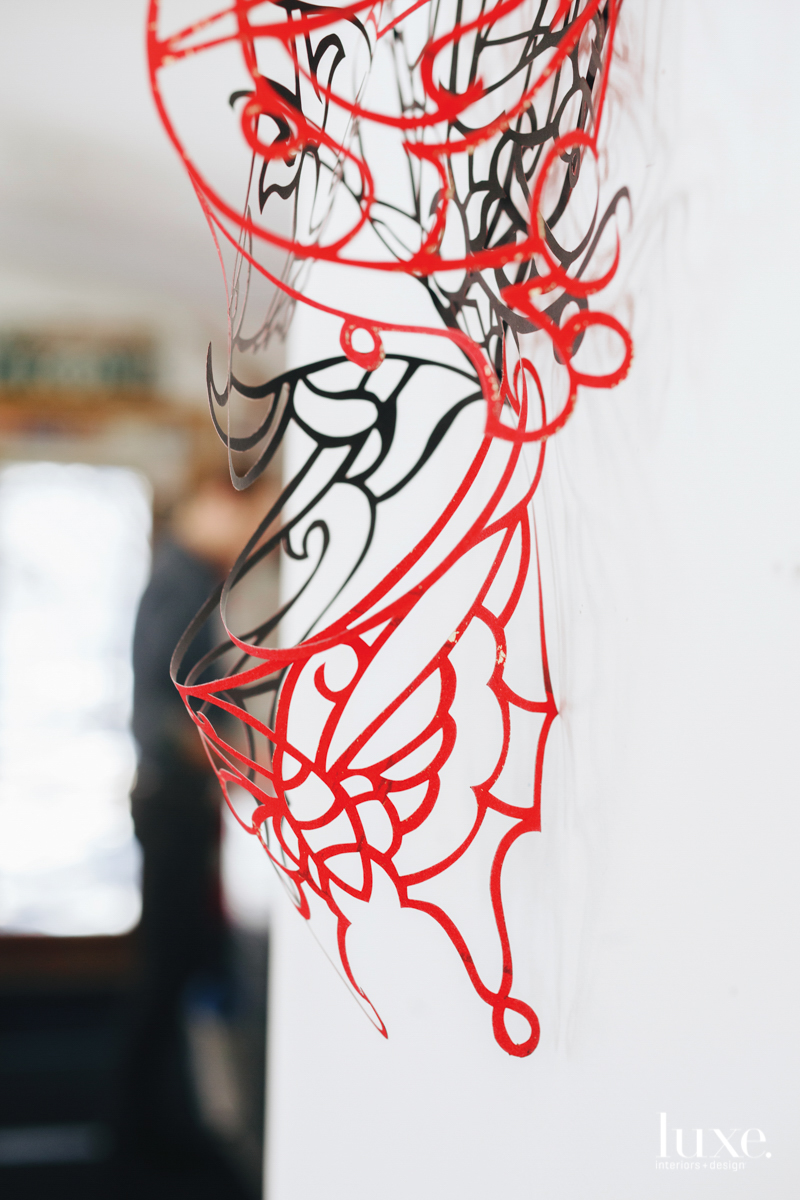 A piece of cut paper dangles in Robert Brinker's studio, before it is applied to canvas.

A piece of cut paper dangles in Robert Brinker's studio, before it is applied to canvas. 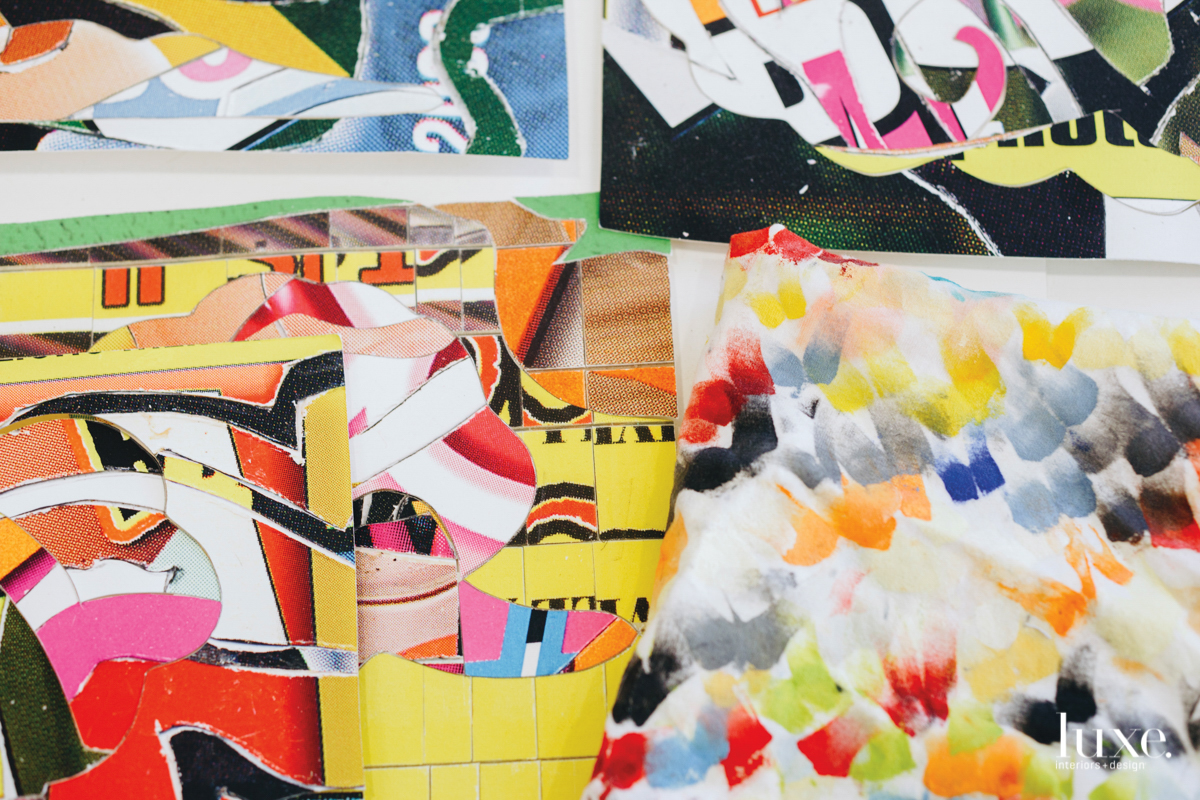 The artist will often collage smaller works together to make larger scale art.

The artist will often collage smaller works together to make larger scale art. 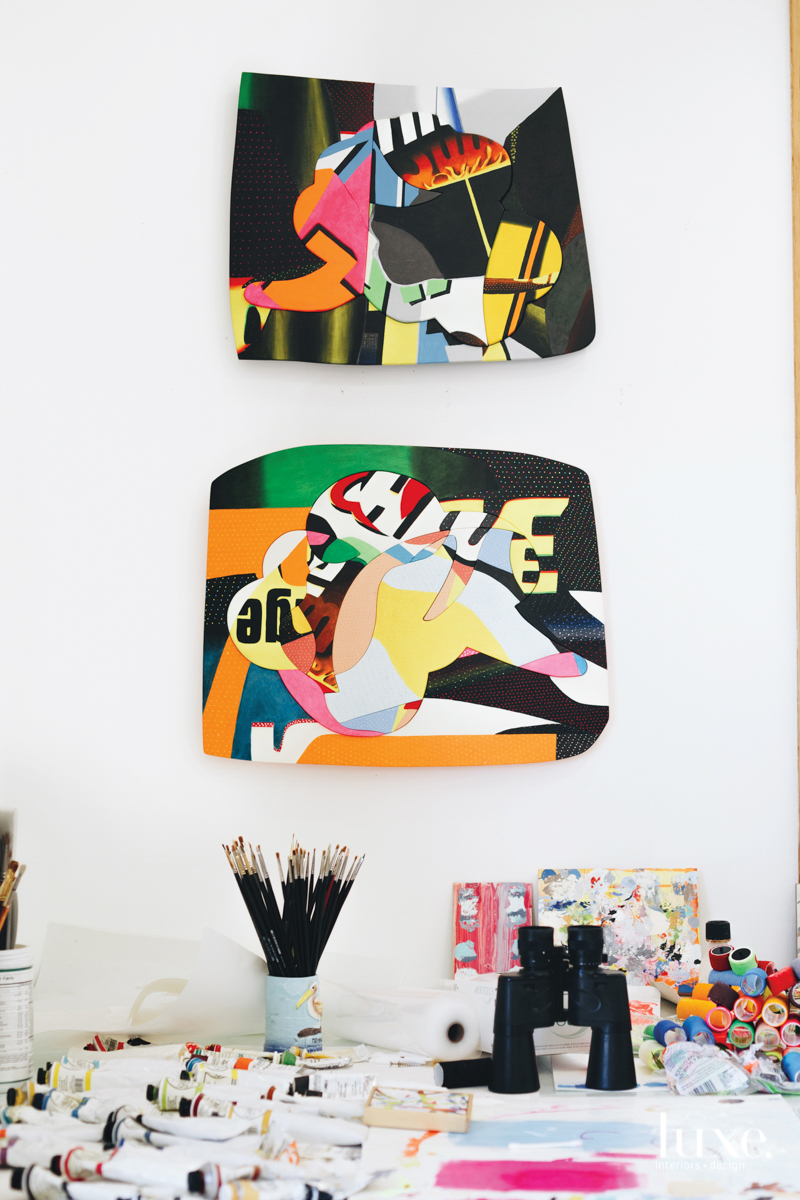 This was a new personal direction for the Chicago native (he credits his hometown for being an important influence), whose work ranges from cut paper and paintings to photography and more. But it wasn’t the first time Brinker considered the role collage plays in art. He delved into the professional art world while pursuing a Bachelor of Fine Arts at University of Illinois at Chicago. The artist also worked as a studio assistant for painter Phyllis Bramson, who often used collages in her paintings. “She was a major influence,” says Brinker. “Collaging other people’s paintings made her paintings better.”

It was Bramson who encouraged Brinker to take a summer internship as a print shop manager at Anderson Ranch Arts Center in Snowmass Village, Colorado, where he worked with master printers and artists. The experience ignited a passion, and after continuing there with a winter residency, Brinker finished his studies and returned to the center. Colorado has remained his home base ever since, although his work has given him the chance to explore the world. “Travel has definitely inspired me,” says Brinker. “I’ve been able to see art in person that before I’d only seen in books.”

With these travels has come an evolution of Brinker’s work, which he views as a vital aspect of his career. “My friend, artist Jane Dickson, once observed: ‘Each piece that you make births another piece,’” says Brinker, pointing to his recent Chasing Dragons cut paper series as an example. He created the collages in the series from leftover scraps of paper and is now creating paintings based upon those collages. He also just launched a line of athletic wear inspired by the series. For another project, he scanned his small-scale cut paper works, printed them out in a larger size and then cut them up again. “I try to stay open to new possibilities and new ways of working,” he says. “I consider the best ways to make ideas work.”

Sometimes what that means is simply taking the time to sit back and examine his art. Brinker observes that one’s mind is as important as the materials he uses. “I like to look at my work in different areas,” he says. “It’s important to take time to sit back and look at it.” But he acknowledges that once a piece leaves his studio he has to allow people to see it from their own viewpoint. “That’s exciting and motivating and scary,” Brinker says. “But not scary in a bad way. People are always going to bring their intention. It’s important to just put it out there.”