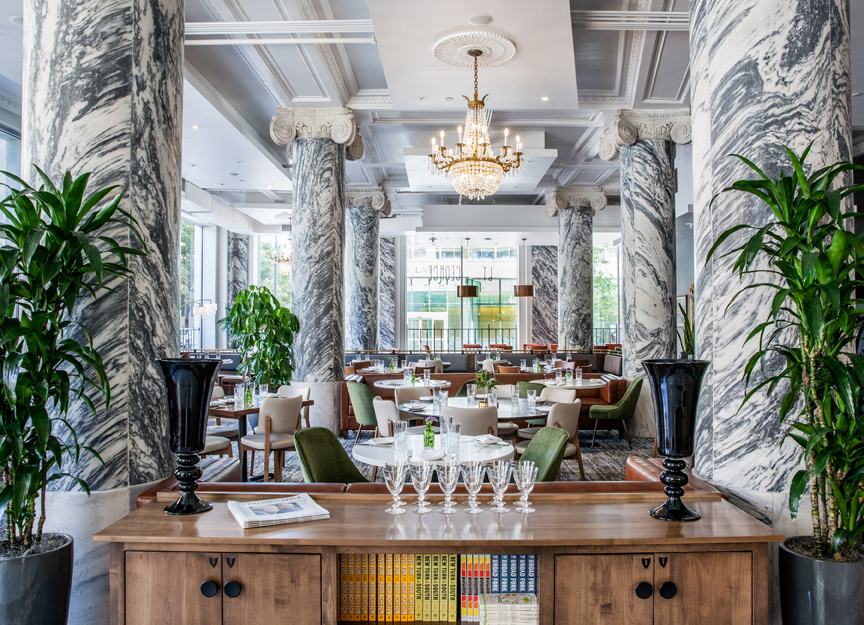 Step into By George, the chef Hugh Acheson-helmed restaurant recently opened in Atlanta’s legendary Candler Building, and you’ll feel like you stepped back in time.

Not only is the restaurant named after the original architects of the 1906 building—George E. Murphy and George Stewart—it was built by Coca-Cola magnate Asa Griggs Candler and served as the Central Bank and Trust (long-rumored to hold the secret Coca-Cola recipe in the bank vault.) 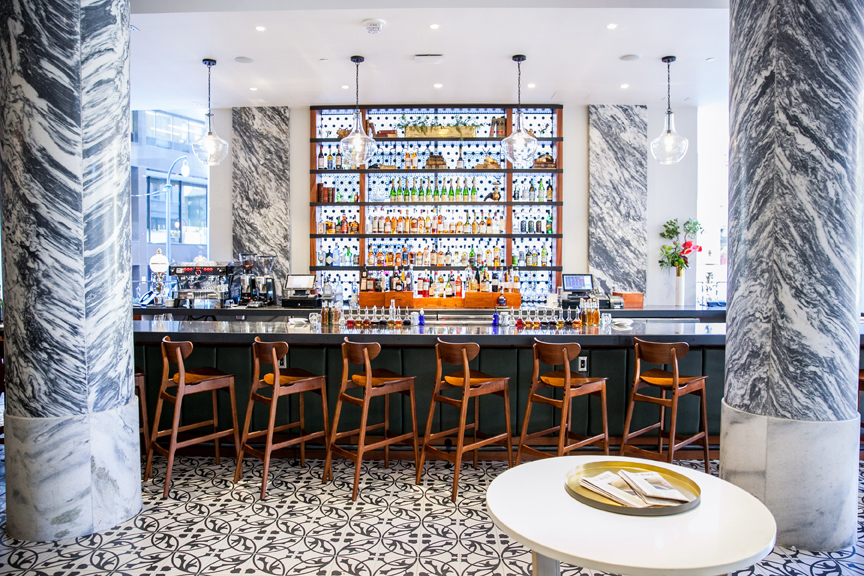 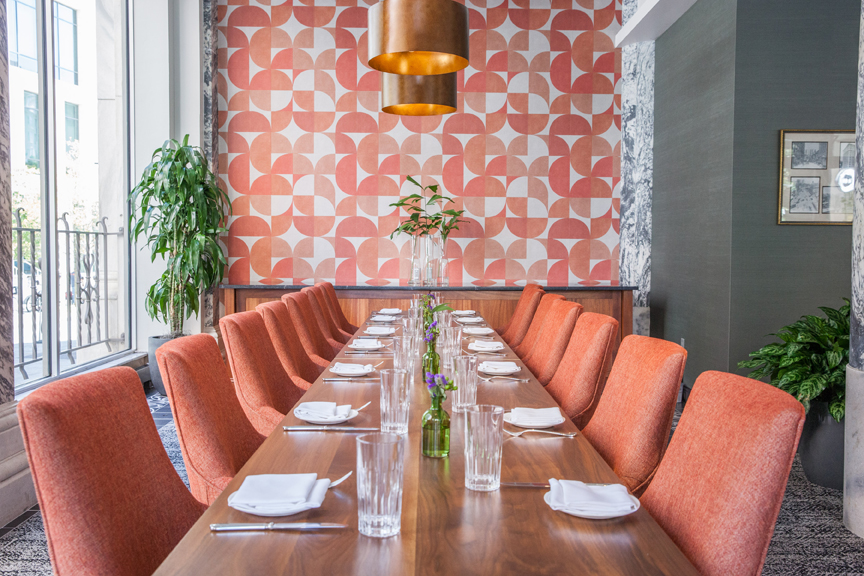 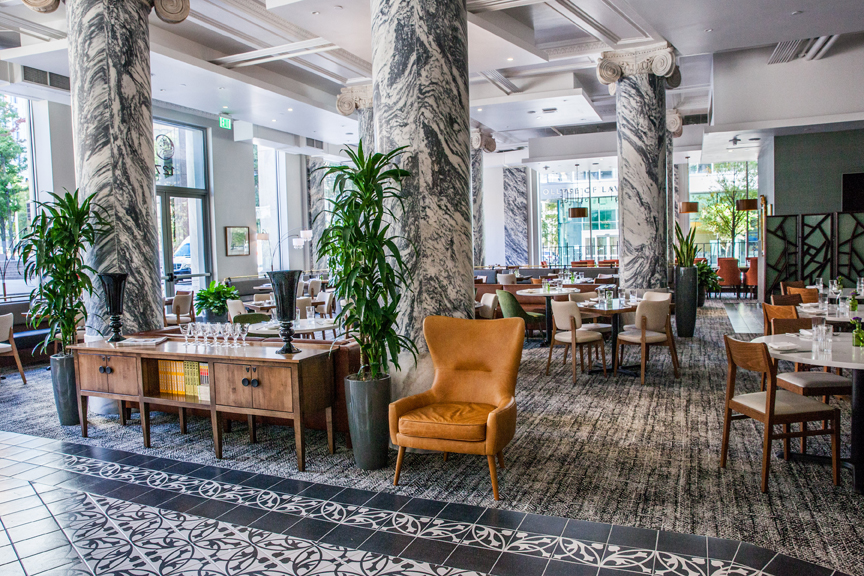 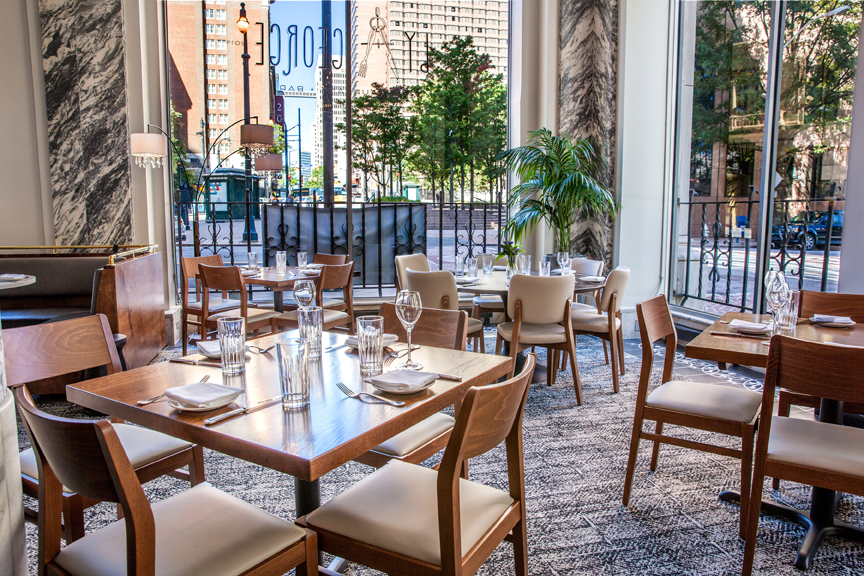 Beck Architecture, the firm behind the design of the restaurant, envisioned the space in the current Candler Hotel to be a nod to the glamour of the booming time in Atlanta’s economy. “Our design was evoked by the building’s origins,” says principal architect Clayton Daspit. “I thought of people that were American gods and goddesses during the Gilded Age, and how they dressed and carried themselves. I wanted the same sophisticated drama in the space.”

Luckily, the team had some pretty fantastic original details to use as stepping stones, such as the stunning floral-mosaic tile the team discovered under carpet, and–perhaps most notably–eight deep-veined massive marble columns that once stood within the bank. “They define the space in terms of drama,” says Daspit. “We didn’t want to compete with them.”

The team chose to go clean and simple with the furnishings, adding a healthy dose of midcentury modern vibes. “It gives a feeling of freshness,” says Daspit. He turned to local millworker Matt Sussenbach of Subeau to create a custom bar and banquettes, both of which he upholstered in custom green Kravet leather.

For another seating area, Daspit commissioned a custom cherry communal table from Athens, Georgia-based Heavy Friends Furniture. The table is surrounded by chairs dressed in a funky orange tweed–a conscious material choice used by Daspit throughout the space. “We were inspired by the workwear fabrics of the buildings original occupants,” he says. “Vintage tweeds, worn leathers and subtle textures.”

While the past served as inspiration, Daspit was ever conscious that what matters most is how it makes people feel in the here and now. “Hugh had a vision of how people would use the space,” says Daspit of the chef’s design goals. “We wanted it to feel like the type of place that you could just walk in and sit. We didn’t want it to feel too formal.”

The multitude of seating areas caters to this concept, as does the espresso counter at the bar, which encourages businesspeople to drop by before they start their day. While the stunning setting might make it difficult to drag oneself to work after a morning coffee, there’s the appeal of having an excuse to come back later. Daspit thinks so: “I can’t wait to have an old-fashioned at that bar!” he says. 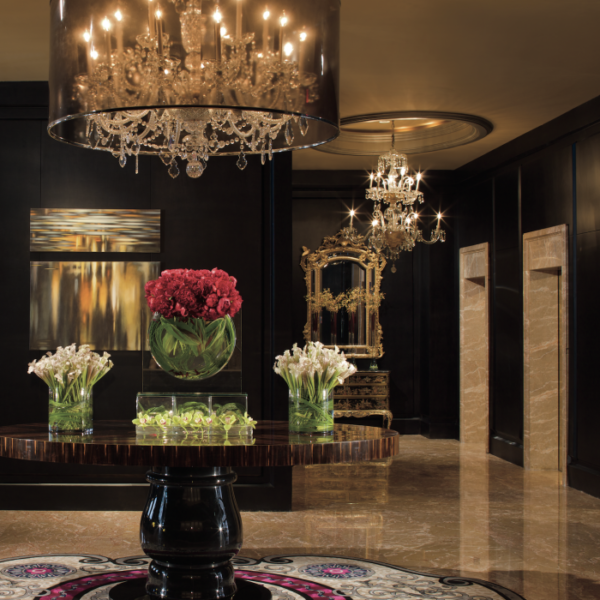 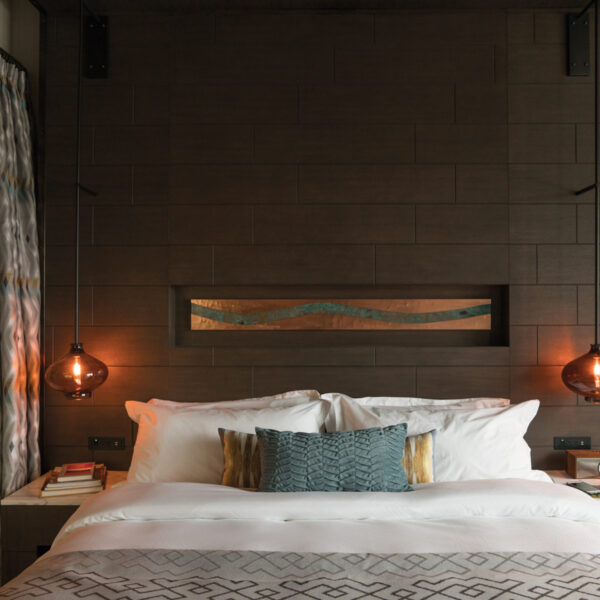 What To Expect At This New Asheville Boutique Hotel 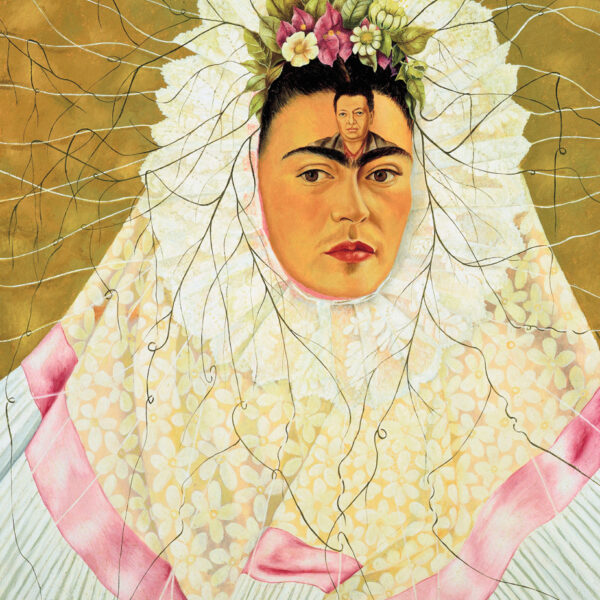 In Nashville, Dive Into The Life And Work Of Frida Kahlo 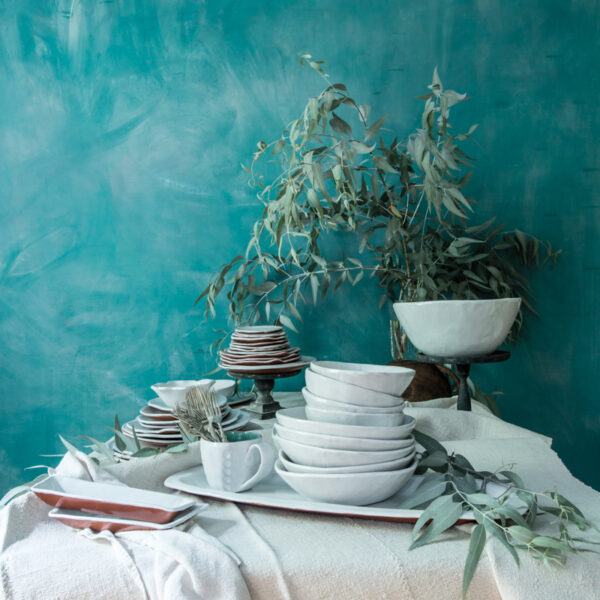