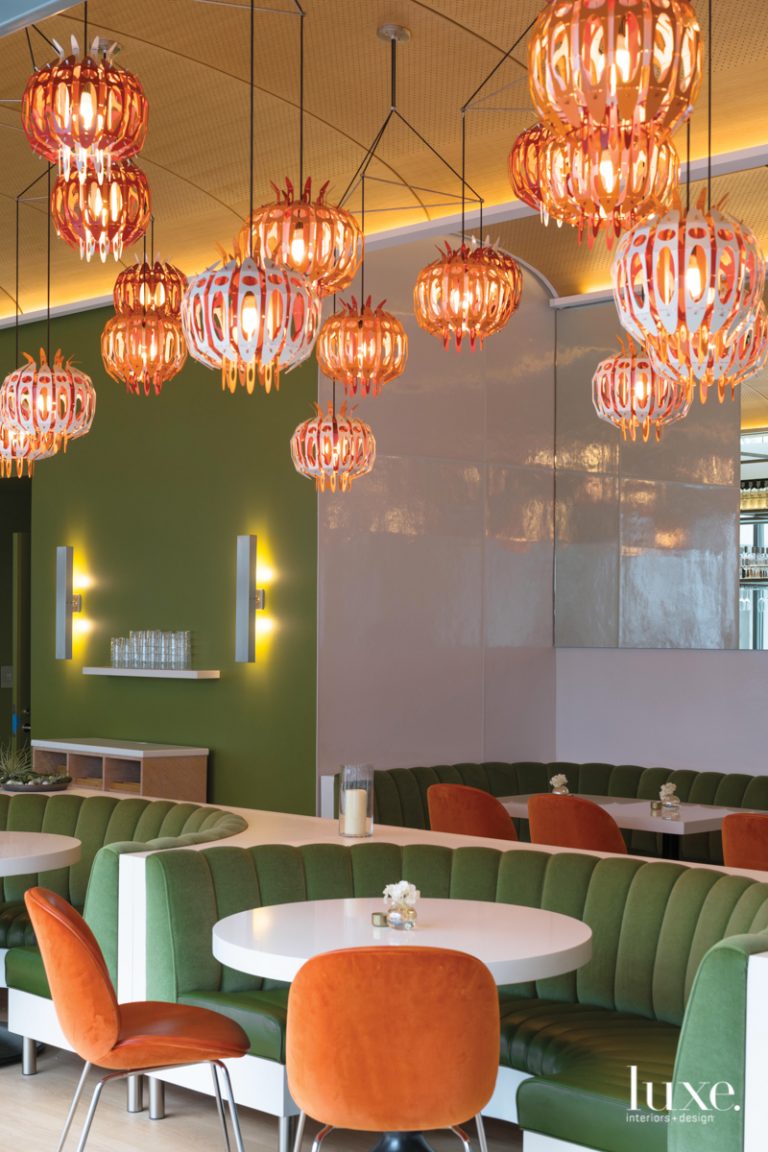 The Hammer Museum’s new restaurant, Audrey, elevates Westwood’s dining scene with a look that’s as enticing as its menu.

Designed, or reimagined, by Michael Maltzan Architects, who have been working with the museum on a multi-phase renovation and expansion since 1999, and London-based firm Fettle, the striking indoor-outdoor space reflects the flavors of restaurateur Soa Davies Forrest and chef Lisa Giffen’s cuisine: lamb kofta, Swiss chard with anchovy vinaigrette and preserved lemon, hand-cut tagliatelle with mushroom Bolognese and smoked fiore sardo, plus inspired cocktails and wines from small producers.

“Our goal was to design a contemporary yet comfortable space that would be a destination for museum-goers and for Los Angeles as a whole,” says Fettle director and co-founder Tom Parker. “We developed a layout in which every seat has a fantastic view, and chose fabrics to complement the food–olive green and orange-pink tones represent the earthy shades of the Mediterranean,” he explains, also noting the colorful tile installation by prominent Cuban-American artist Jorge Pardo whose eye-catching pendant lights sparkle inside the eatery and from trees in the courtyard.

And the public is more than welcome to enjoy a meal or just a drink at the 30-foot-long bar even if viewing one of the museum’s provocative exhibitions wasn’t on their menu.

PHOTO COURTESY AUDREY AT THE HAMMER