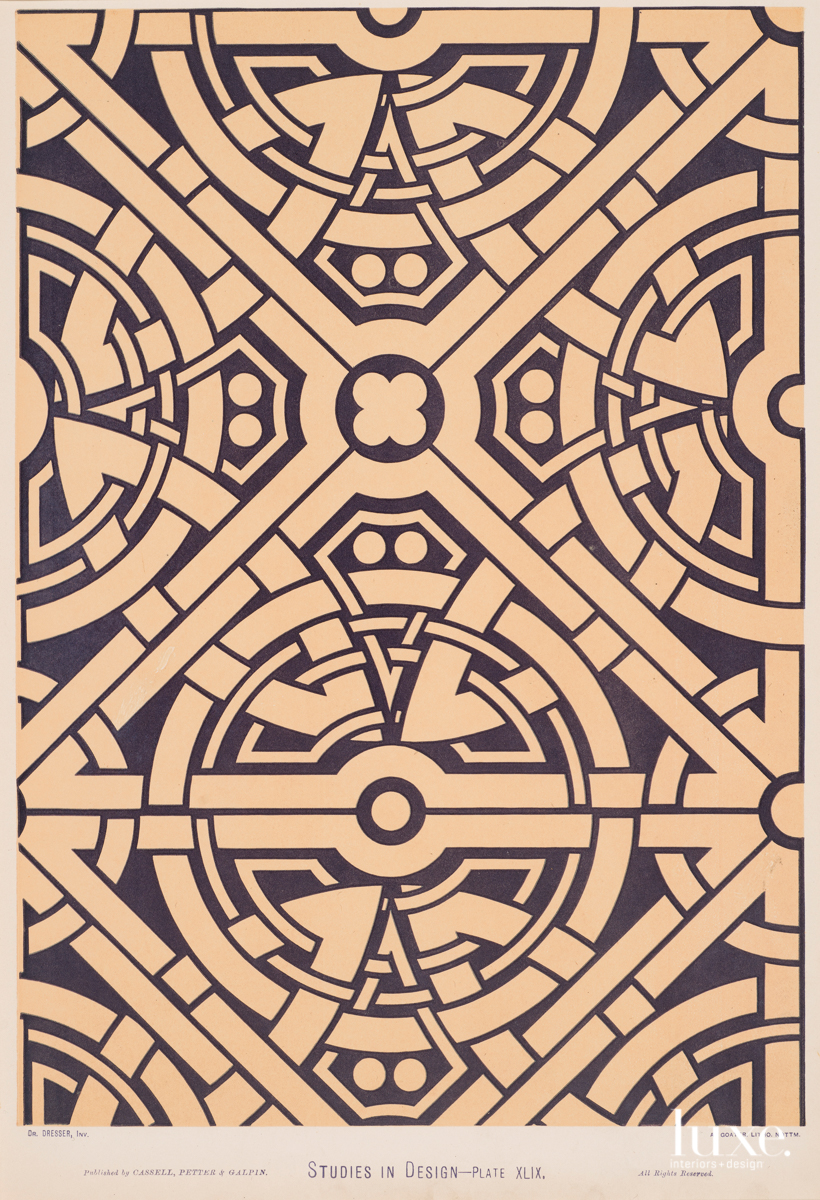 On View: “The Rise Of Everyday Design: The Arts And Crafts Movement In Britain And America”

Through July 14, the Harry Ransom Center in Austin will host an in-depth look at the Arts and Crafts movement, an international trend in decorative and fine arts with roots in 19th-century Britain.

Appropriately, the exhibition opened in February, exactly 200 years after the birth of John Ruskin–theorist, artist and influential figure behind the Arts and Crafts idea, which addressed the widening gulf between maker and object owing to the rise of industrialization.

The show highlights how prominent figures like Ruskin helped Arts and Crafts flourish, and how items characterized by this movement transitioned from pricey and handmade to eventually manufactured for the everyday consumer.

Pieces on display include, sketches by Ruskin and William Morris, stained-glass designs by Dante Gabriel Rossetti, and rare plates from Frank Lloyd Wright’s two volumes of hand-drawn lithographs known as the Wasmuth Portfolio. All are paired with photographs, furnishings and decorative arts objects from the University of Texas at Austin’s Alexander Architectural Archives, the Dallas Museum of Art, the Museum of Fine Arts, Houston, and private collections.