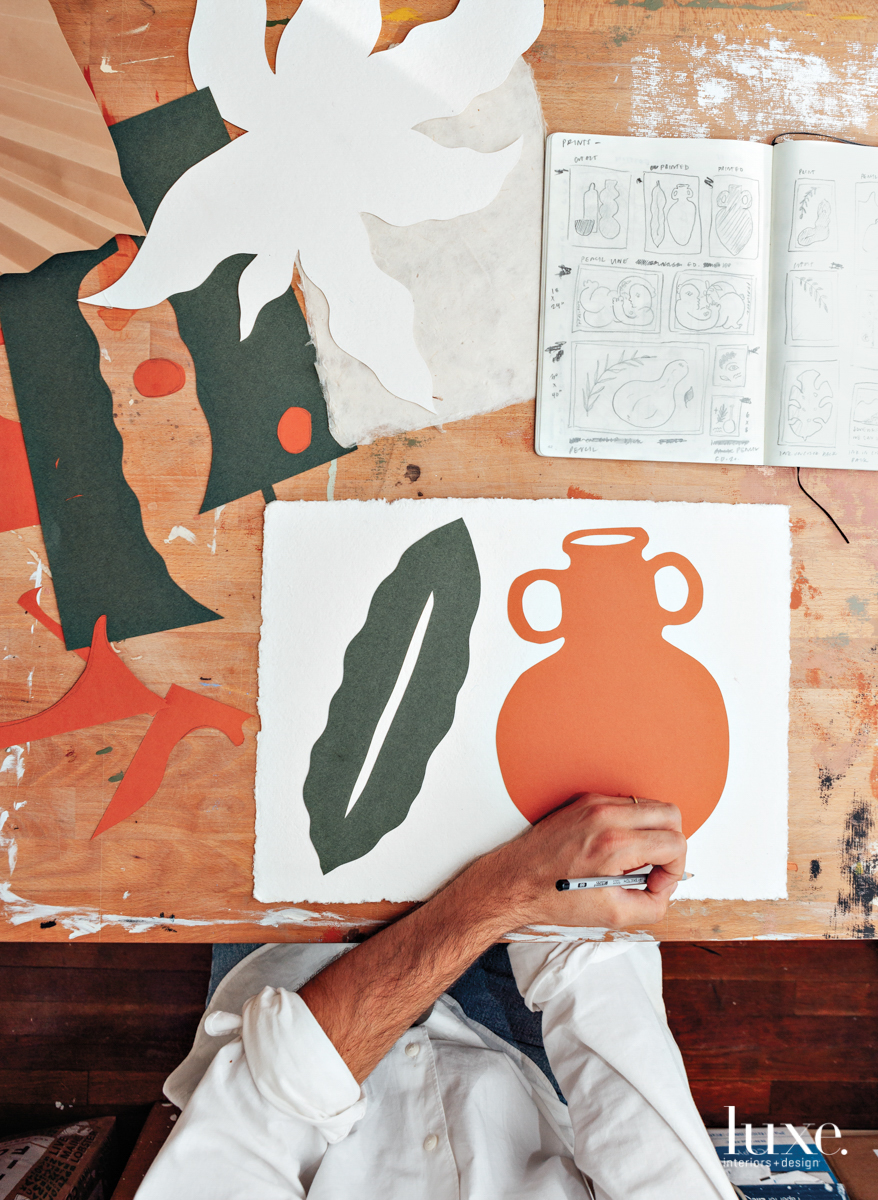 Among the dust of antiquity, artworks of the past almost seem connected to another universe, far from our experience. At times, however, something familiar in them seizes our memory: the curl of a flower, gesture of a hand, or gaze of a face we could know. Austin-based artist RF Alvarez hunts for these moments in art, when the distance of time melts away into pure human connection. “There’s something archaeological about my work,” he says. “I try to tap into stories that have been told over and over, spanning generations, cultures and borders, to unearth the human thread underneath it all.” 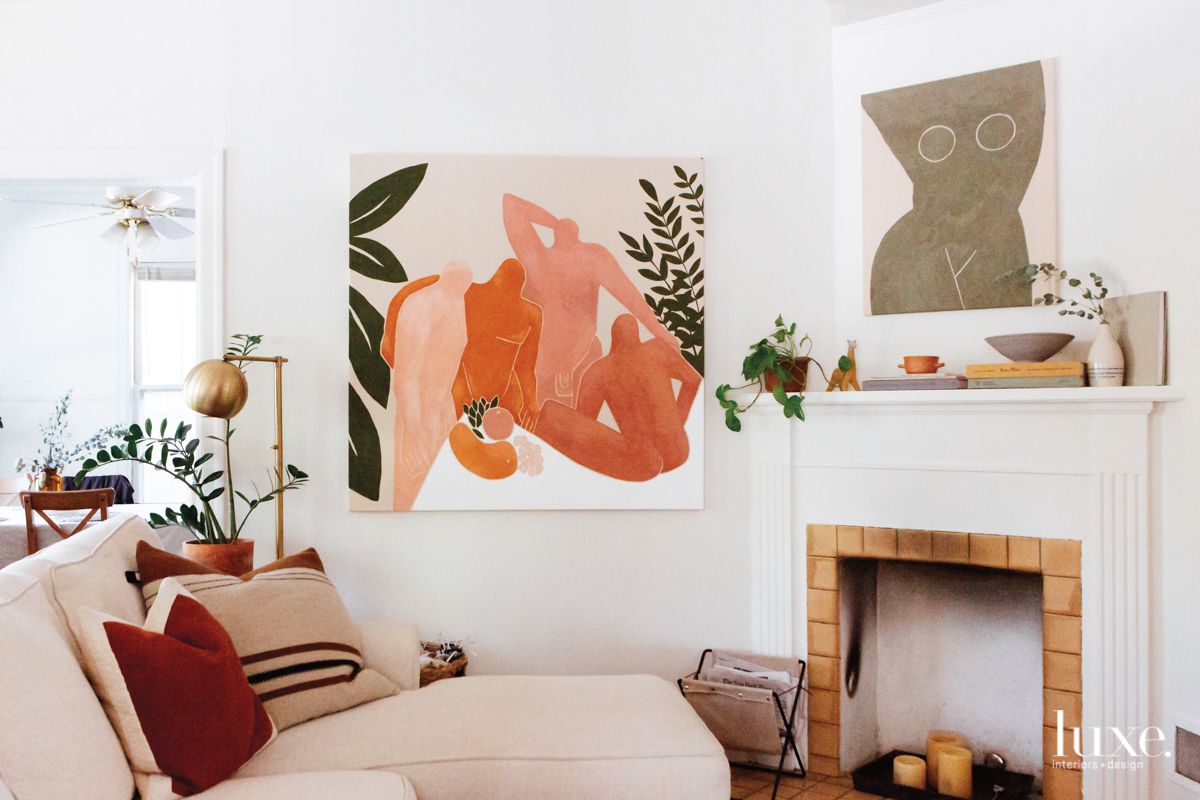 The Austin artist digs deep to create his expressive paintings and collages.

The Austin artist digs deep to create his expressive paintings and collages. 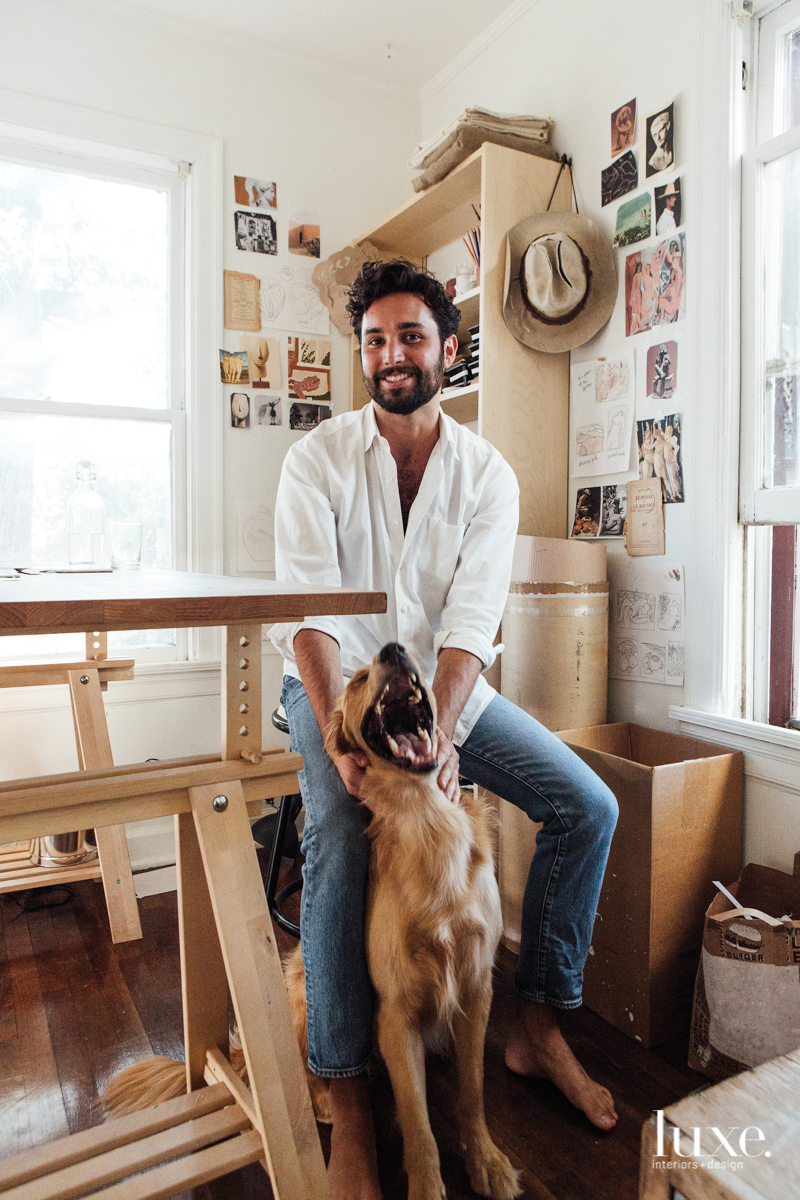 Artist RF Alvarez is joined by his dog, George, in his Austin studio

Artist RF Alvarez is joined by his dog, George, in his Austin studio 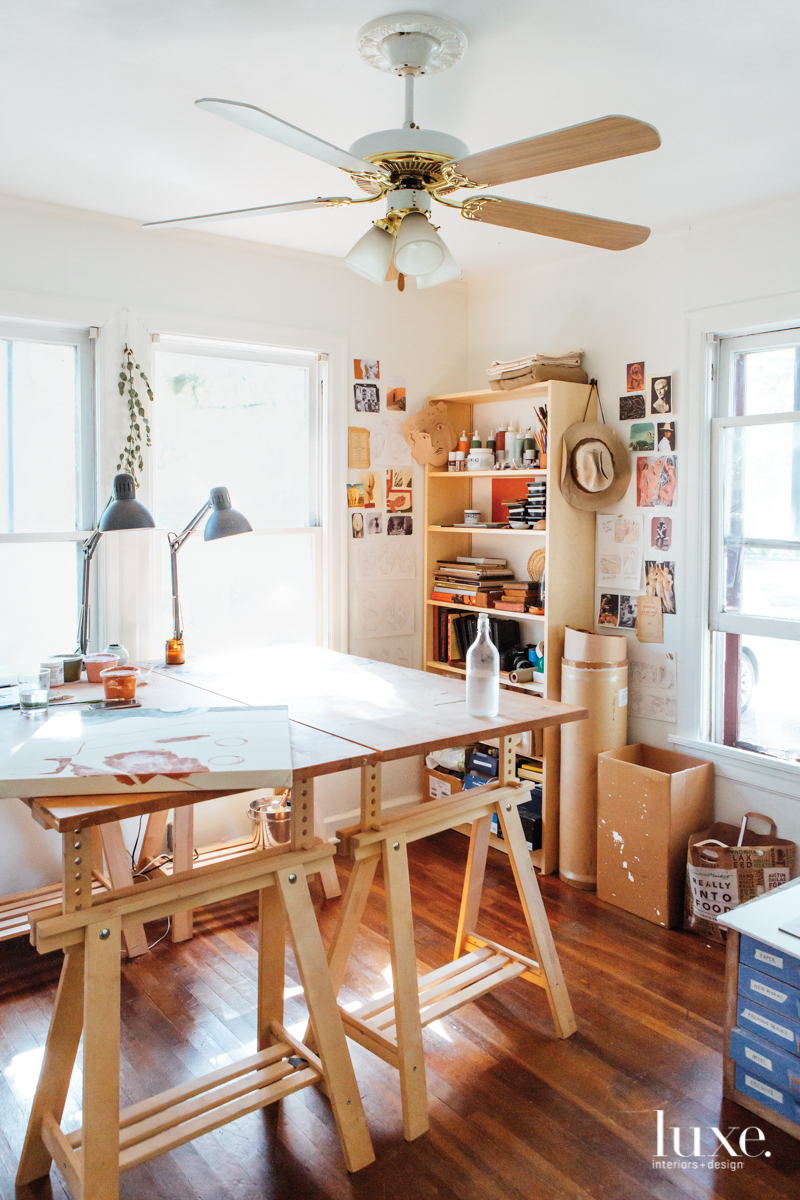 Alvarez's work table “is the center of my universe,” he says. “It’s covered in paint splatters and coffee stains.”

Alvarez's work table “is the center of my universe,” he says. “It’s covered in paint splatters and coffee stains.” 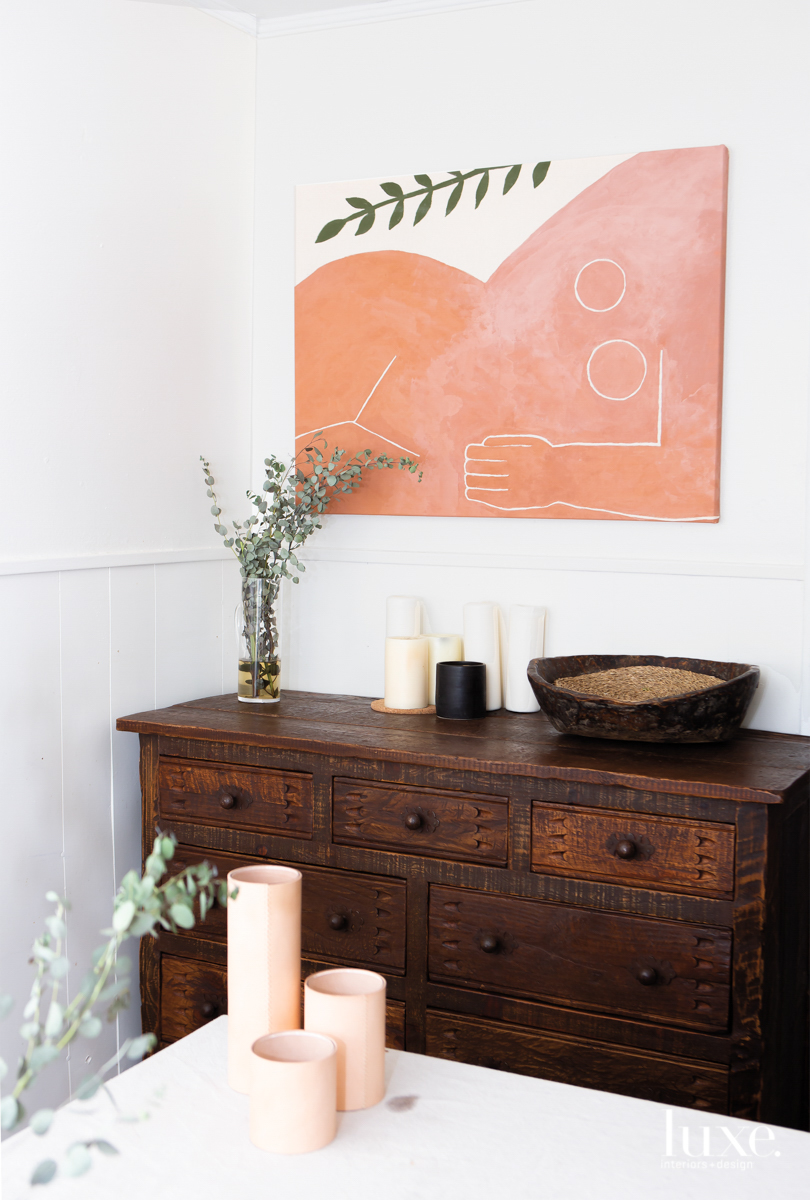 A glimpse of Alvarez's art displayed in a home.

A glimpse of Alvarez's art displayed in a home. 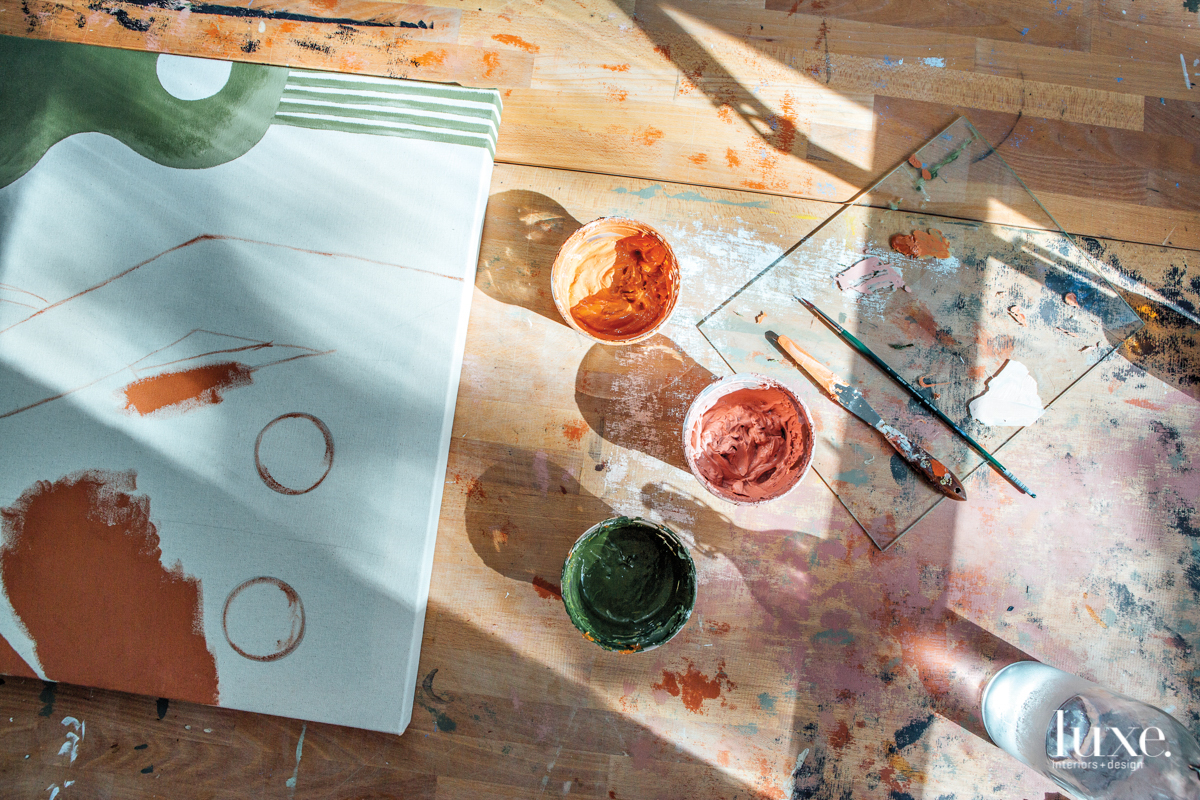 Alvarez uses a pane of glass as his palette.

Alvarez uses a pane of glass as his palette.

Referencing ancient iconography from around the globe, Alvarez infuses this energy into his work. With simplified outlines in swaths of emotive color, his fluid paintings of human figures and flora and fauna feel like modern idols, though equally comfortable among Mesoamerican Olmec statues or classical Greek pottery. And his collages often incorporate handmade papers, from Khadi sheets to Charta Bambagina, made for nearly a millennium in Amalfi. “I love tapping into the heritage of a medium that has served as a vehicle of memories for so long,” Alvarez notes.

His search for cultural connective tissue is a personal one. Growing up in Texas, with roots in Mexico on his father’s side, Alvarez says, “A lot of my early work was about trying to reconcile disparate backgrounds.” While he moved to New York City after college to work as a graphic designer in advertising, he eventually began to yearn examining the human experience through art instead. So he took off to explore the world and returned to Texas to set up his current practice.

Alvarez begins each new series as a creative excavation, researching in the library. Exploring desire, his recent show, “Deseo,” at Nannie Inez in Austin, examined artworks depicting the classic Greek epic The Odyssey. “I wanted to portray as simply as possible how much being in love can color the world around you,” he explains. “Something just felt right about Calypso on the beach watching Odysseus leave her.” From there, Alvarez sketches potential motifs, often returning to the human figure, which “transcends language, articulating physically what we cannot say,” he notes. He then hones color to capture emotional essence. For “Deseo,” he favored earth tones calling to mind flushed skin, pulling from ancient Roman frescoes and Renaissance paintings.

Since he returned home, his work has become in many ways a vehicle for Texas’ own mythology. “It feels like something that fits in the borderlands, exploring how we let different cultures thrive together,” says Alvarez. “I think I keep painting something I’m hoping for, striving to find that thing that connects us all under the skin.” 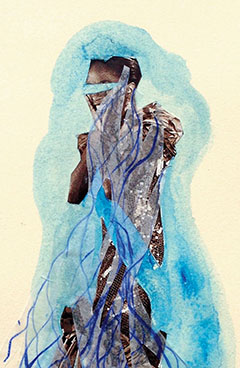 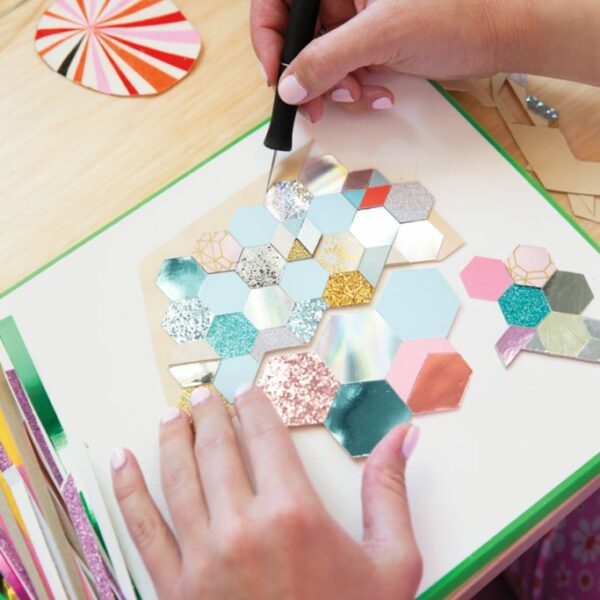 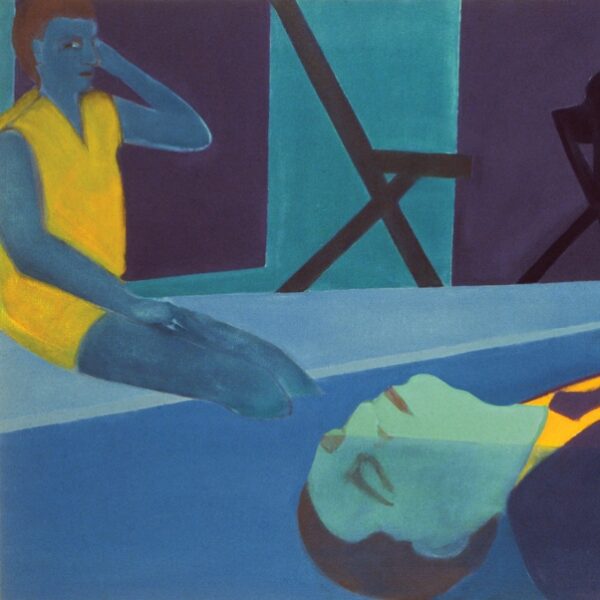 These Houston Museum Shows Are A Blast From The Past 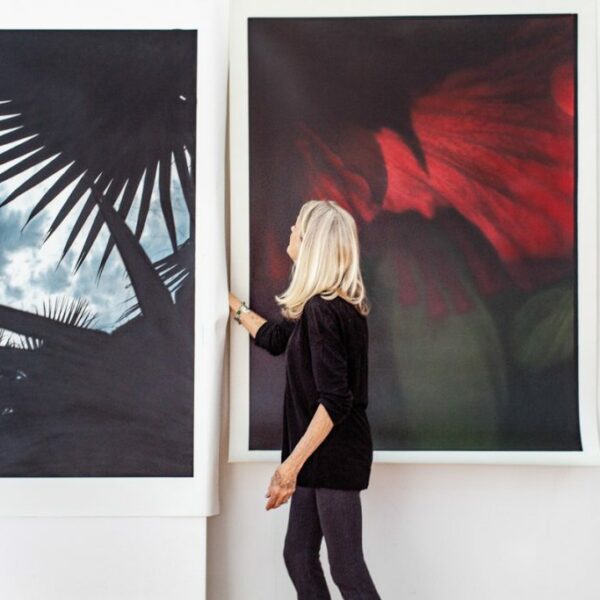 A Houston Artist Blurs Line Between Photo And Painting 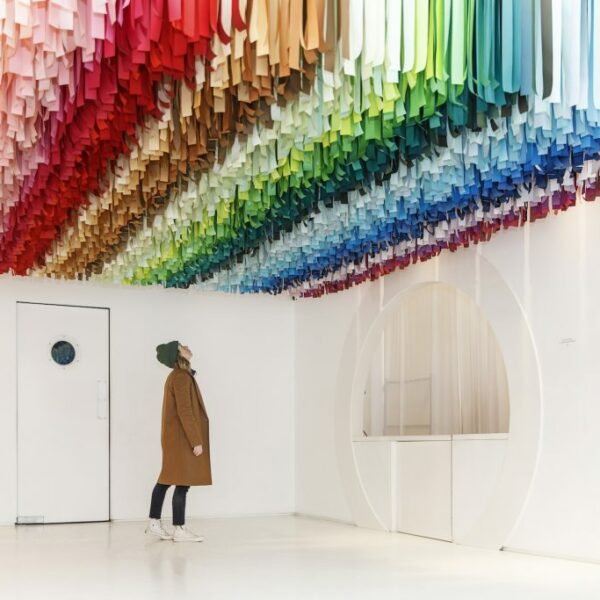 Everything We Know About Color Factory Houston