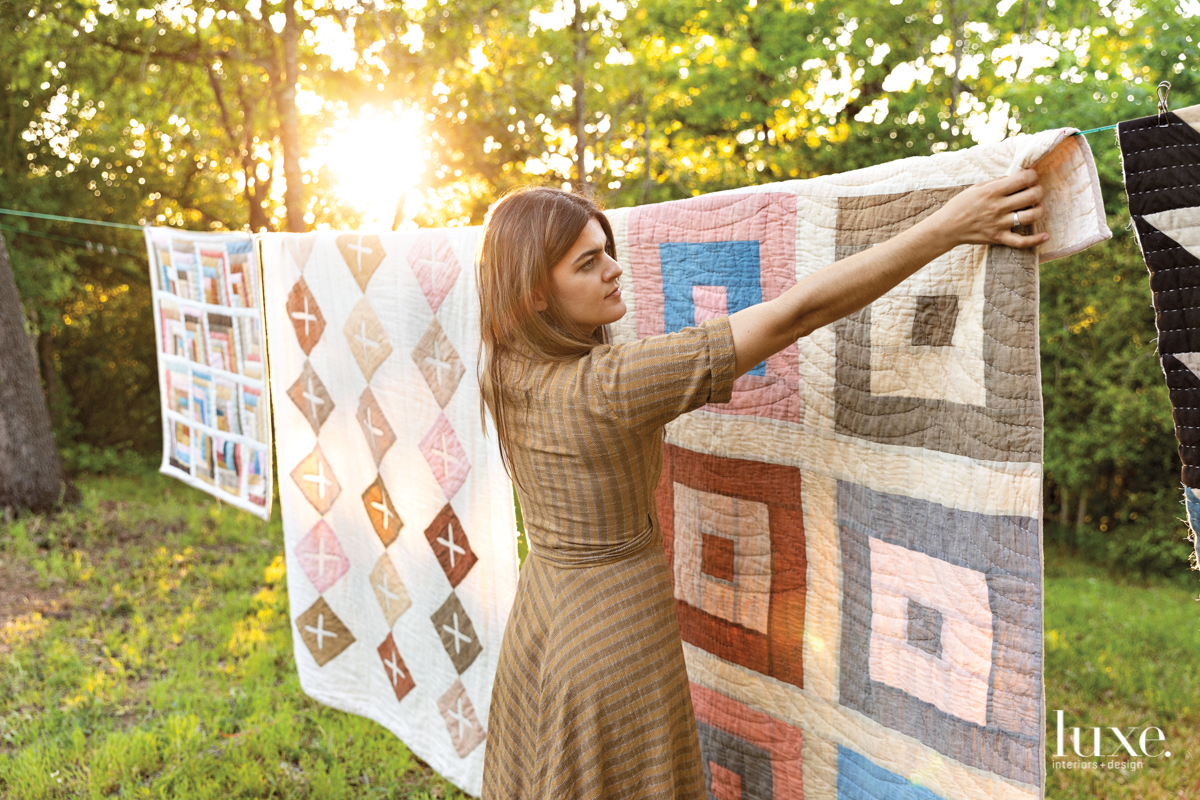 Launching a creative brand is a winding journey. And for fiber artist Maura Ambrose, her handmade quilting company Folk Fibers emerged from a literal one–a road trip across America with her husband Chapman in a Volkswagen camper. The experience “was an epiphany,” recalls Ambrose, one that reconnected her to both nature and American craftsmanship. This spirit defines her company, which she launched in 2011 to create modern quilts using traditional techniques.

It was during her time as a Savannah College of Art and Design student that Ambrose began exploring both natural dyes and textiles, which was a medium she felt called to because of its tactile quality. Meeting quilt designer Denyse Schmidt marked another turning point, as did stints working as a creative assistant for Free People and on an organic farm. “I learned how to control my color source by growing and propagating my own plants and not relying on bought dyestuff,” the fiber artist recalls. 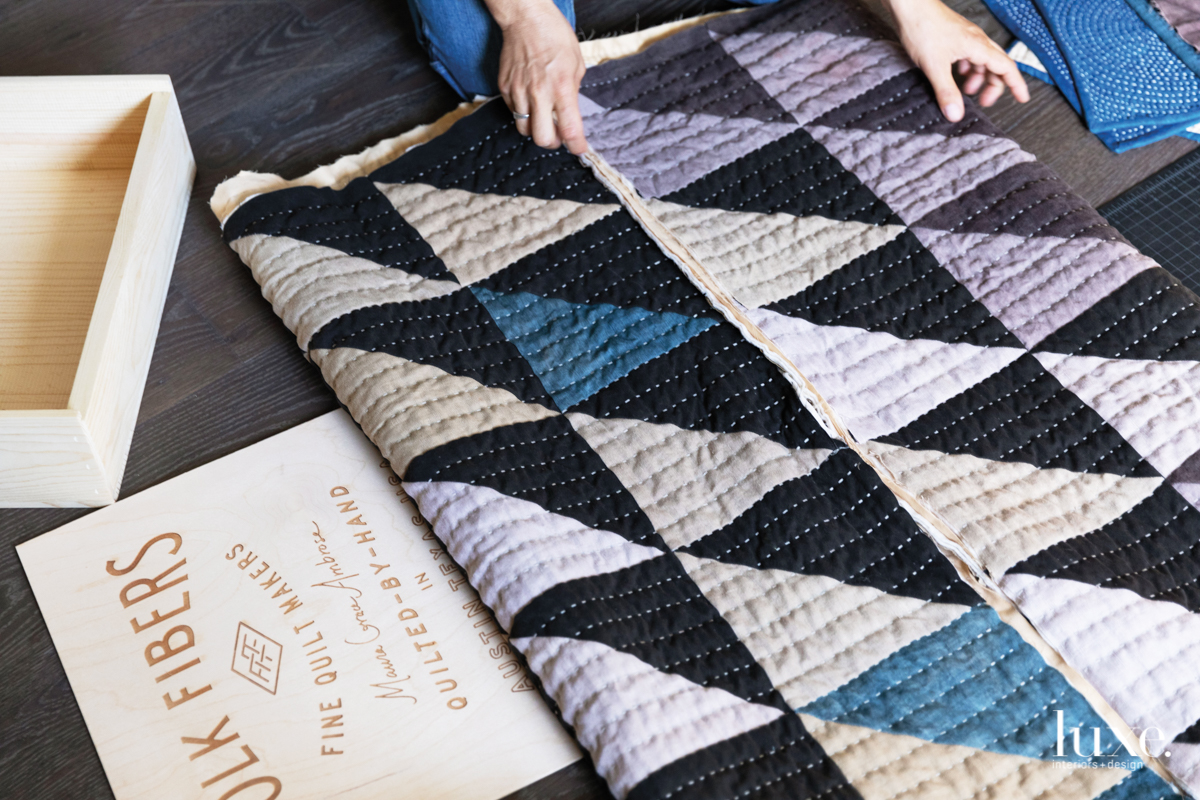 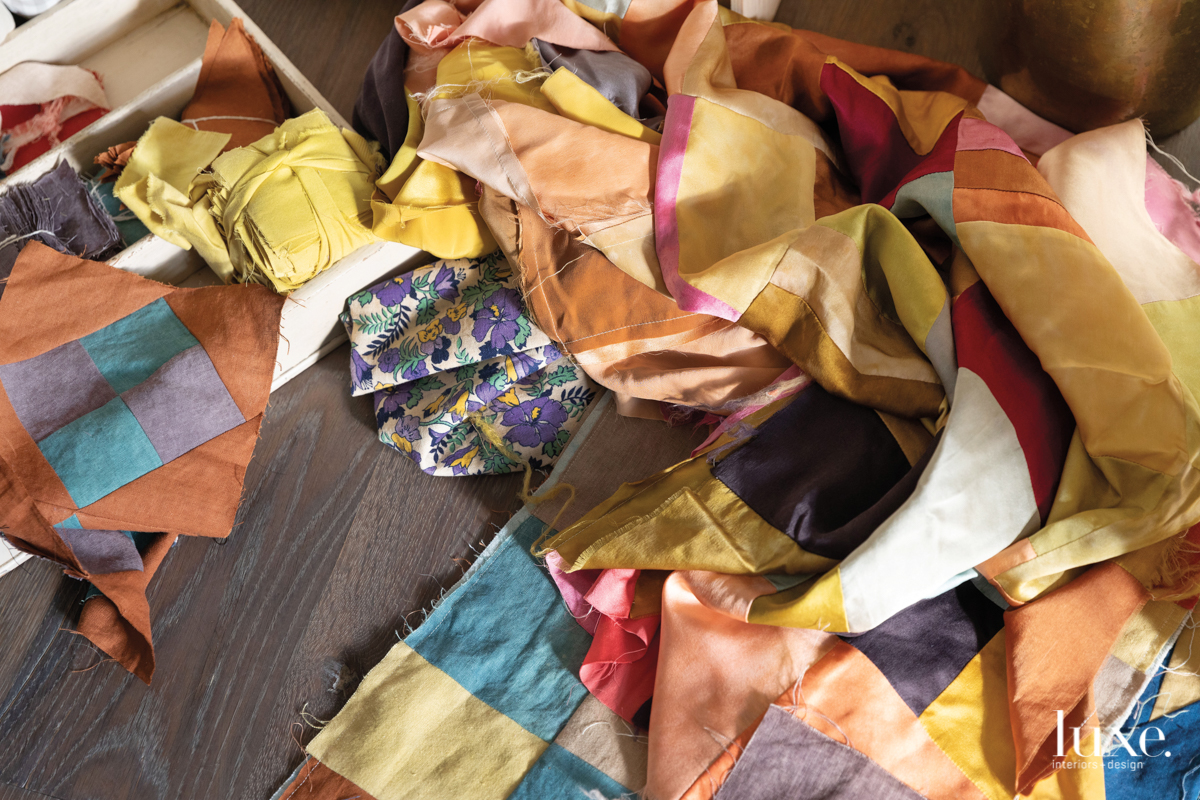 Ambrose works exclusively with natural dyes to create a prism of hues.

Ambrose works exclusively with natural dyes to create a prism of hues. 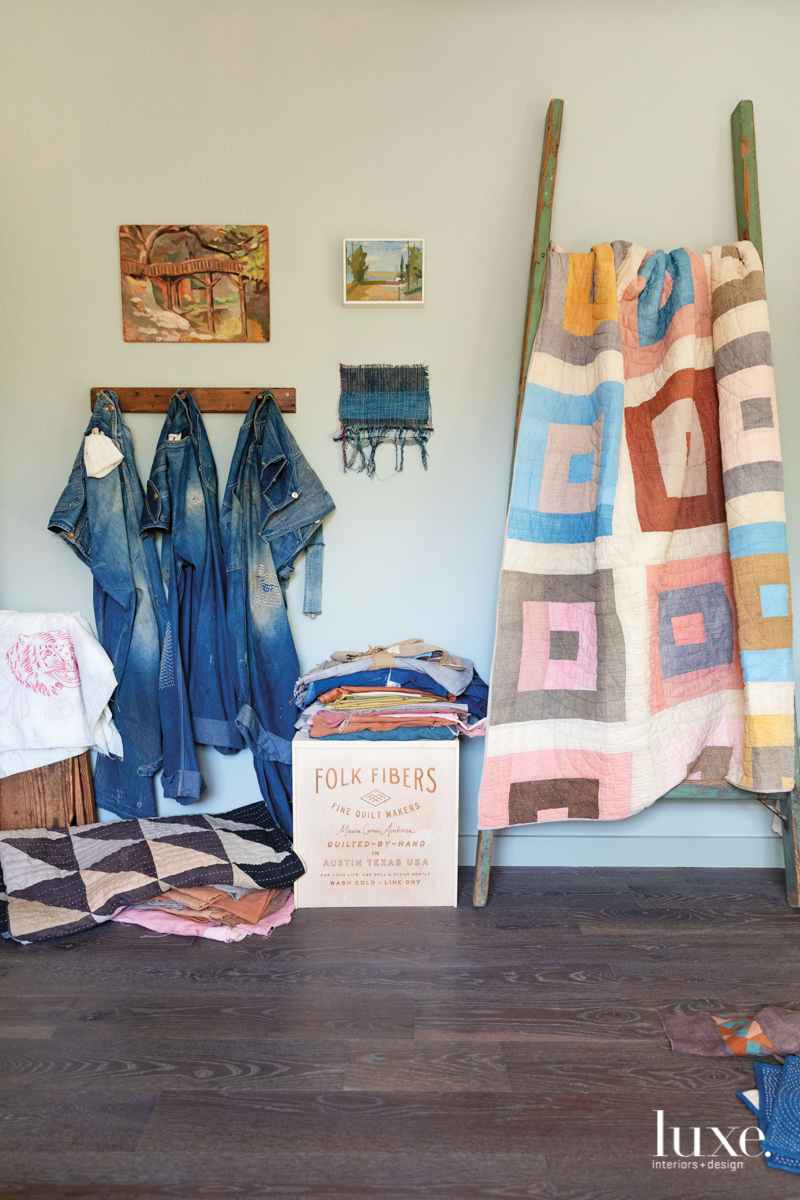 Ambrose hand-stitches each quilt using Japanese sashiko thread before packaging it in an heirloom cedar box.

Ambrose hand-stitches each quilt using Japanese sashiko thread before packaging it in an heirloom cedar box. 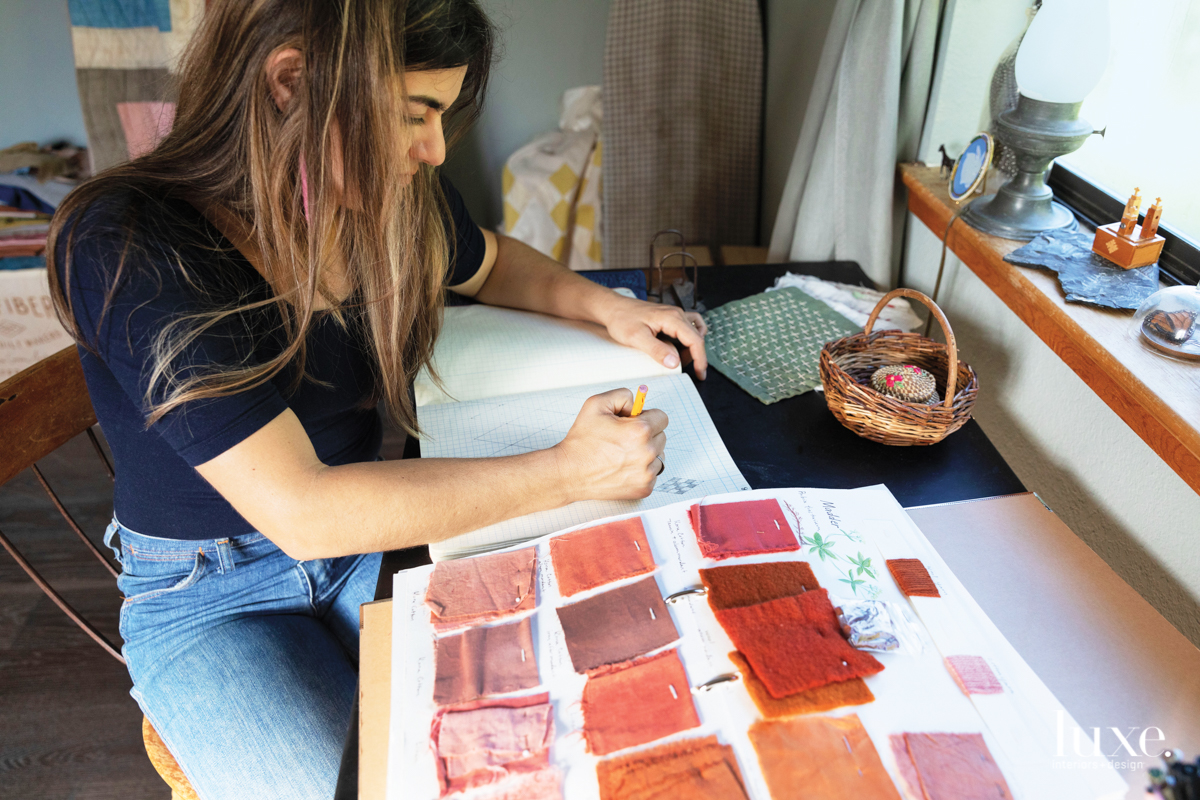 Ambrose often maps her patterns onto graph paper before cutting the fabric.

Ambrose often maps her patterns onto graph paper before cutting the fabric. 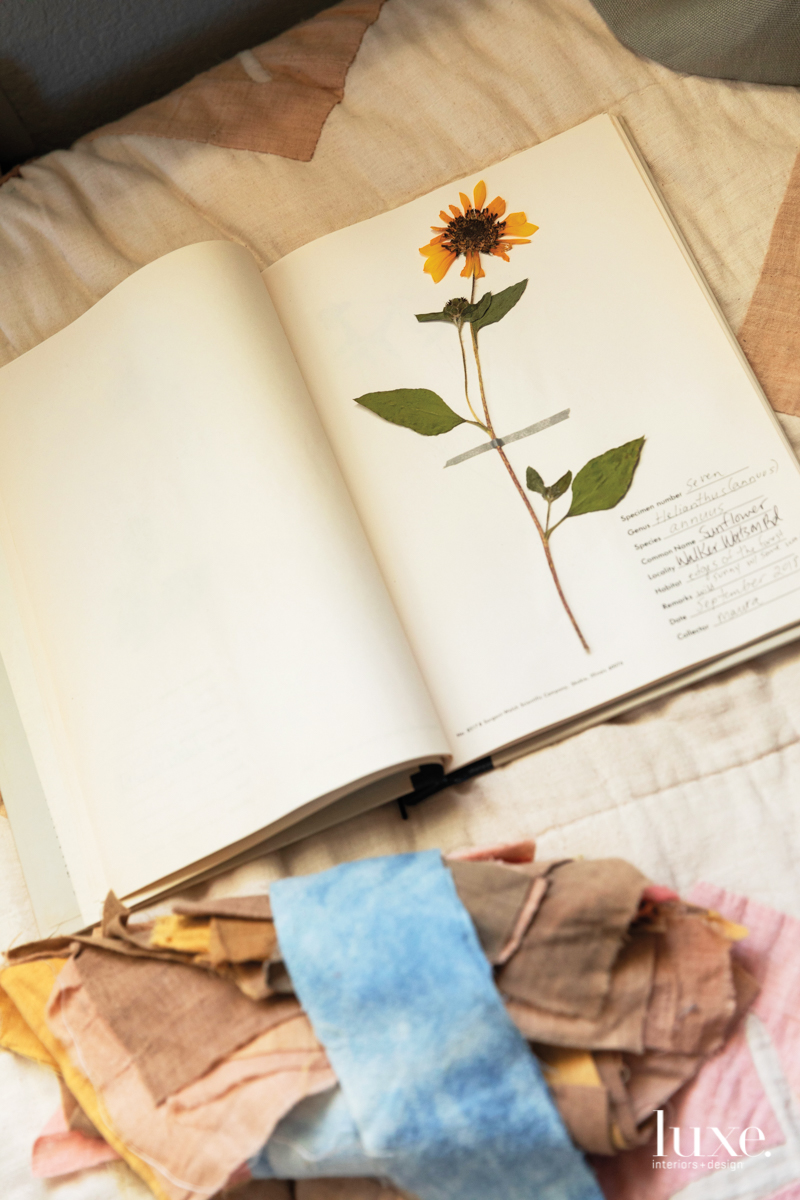 Ambrose uses plants and found object to produce her own natural dyes.

Ambrose uses plants and found object to produce her own natural dyes. 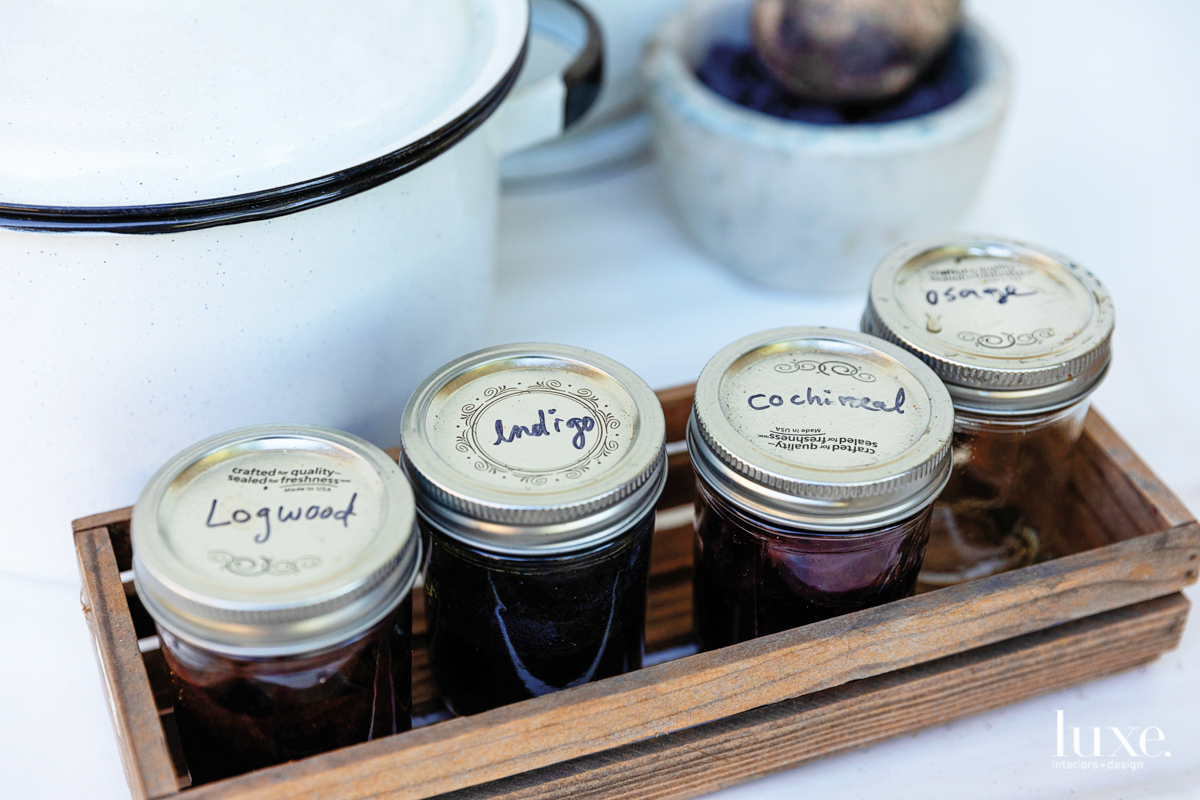 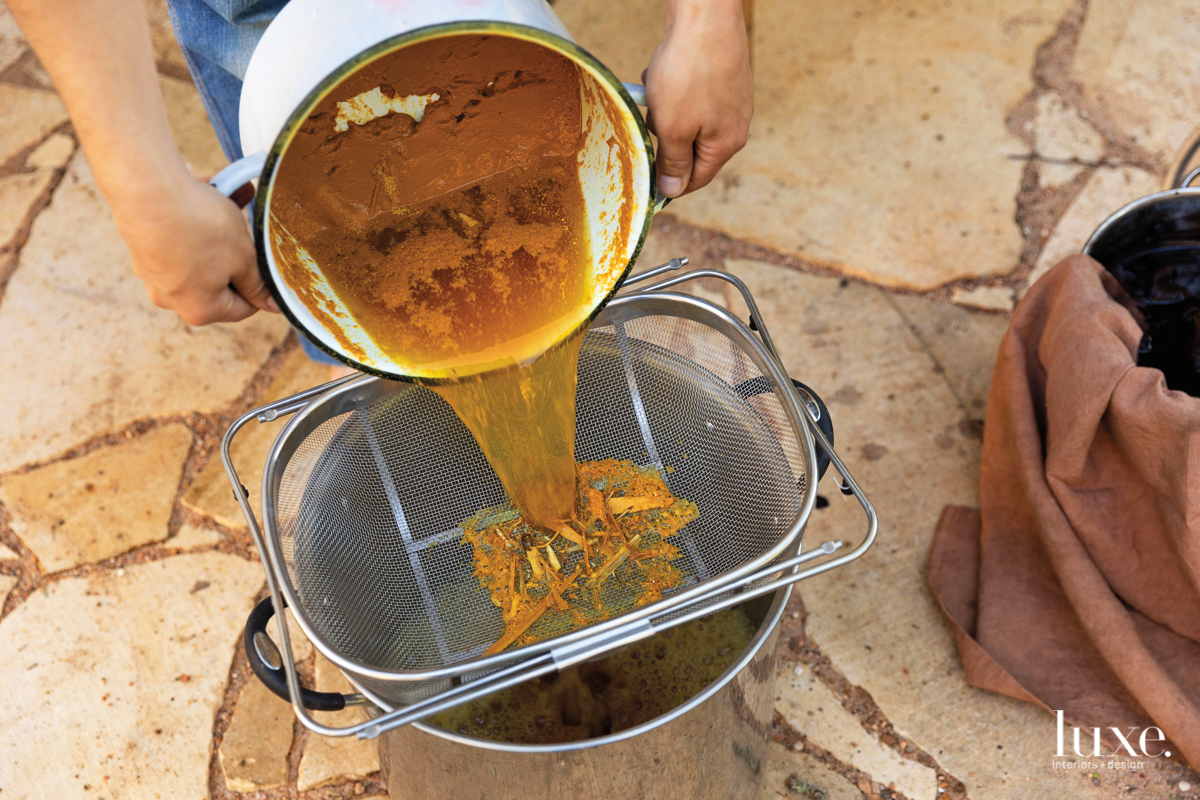 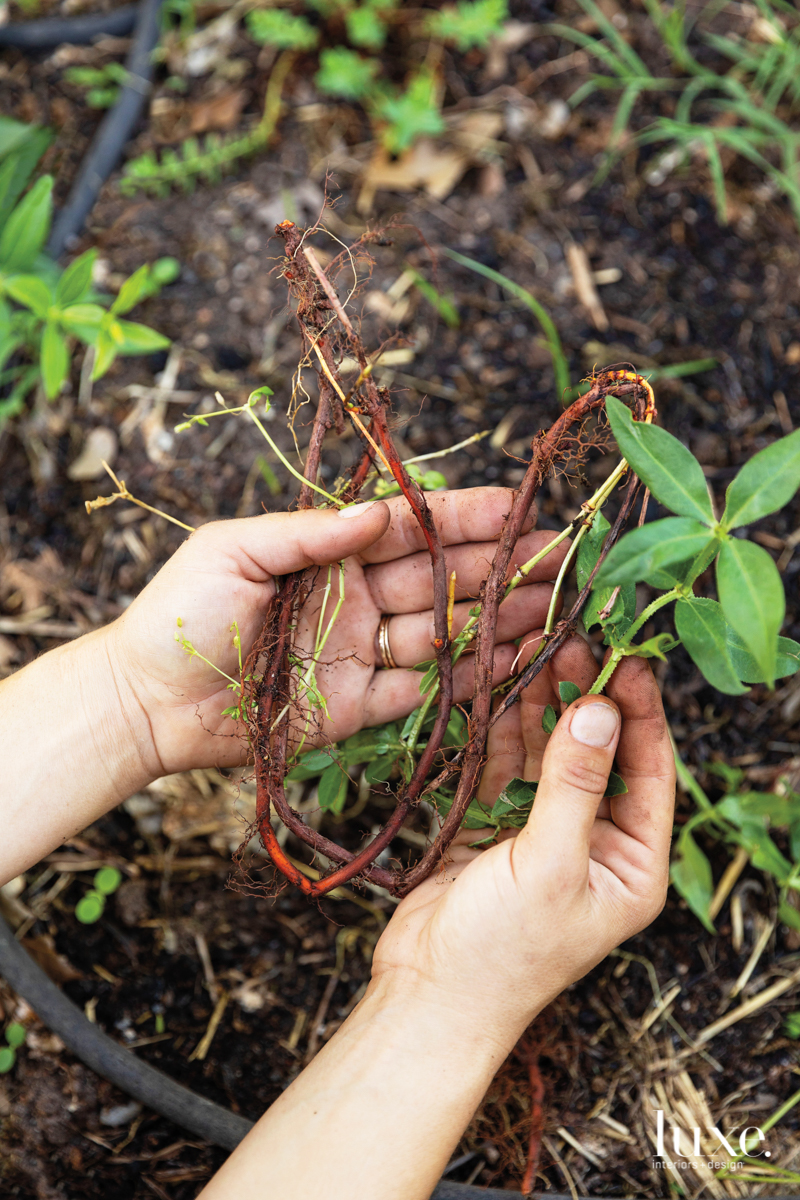 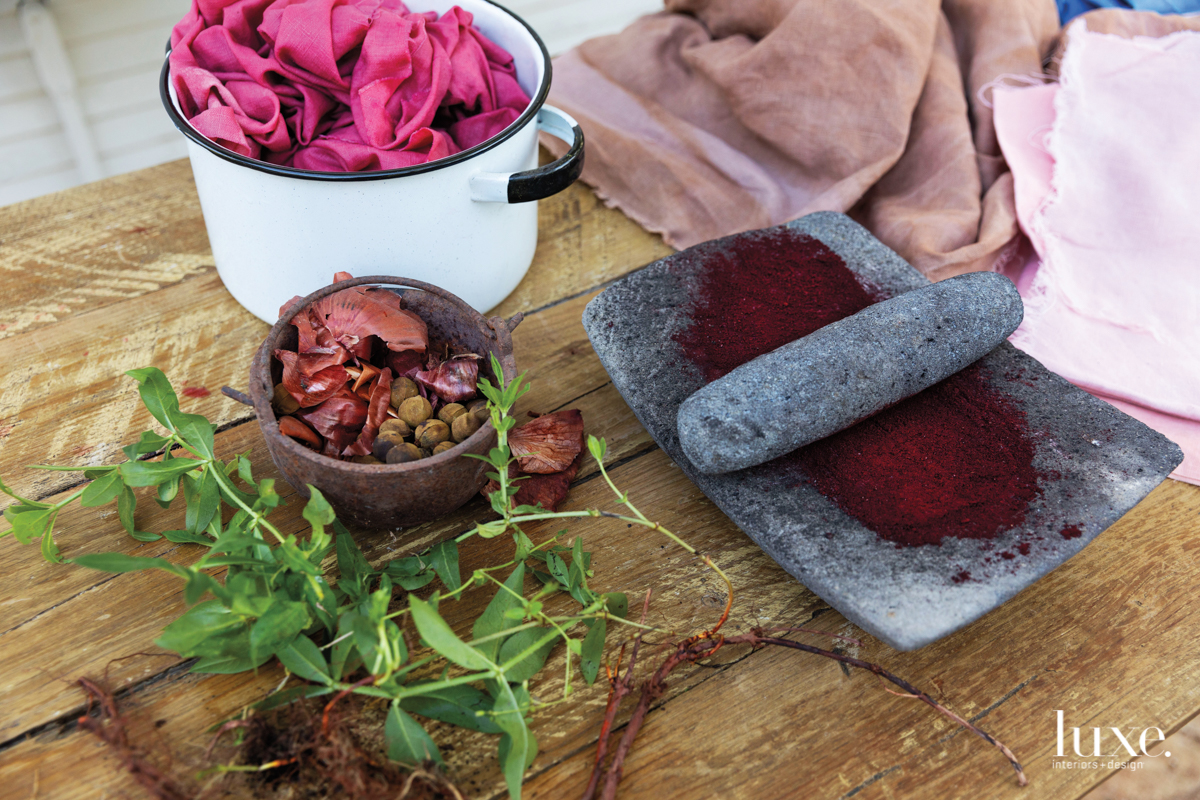 These experiences honed her current approach of hand-stitching and hand-dying fabrics, producing geometric patterns with organic complexity. She often references classic early American shapes like the log cabin block and sawtooth star. However, her American States series has more personal origins–recalling memories from her favorite states, from the vibrant star quilt inspired by New York City’s skyline to the courthouse-steps design of her denim Arkansas quilt. “I look at the world and see geometric forms, rhythm and repetition, and try to marry them to my own relationship with color,” says Ambrose. Hence, how she interprets pattern changes with every new color, mood and season.

The first step in Ambrose’s quilting process is cutting bolts of fabric into panels she dyes in vats at her home studio, located on a 10-acre property outside Austin. She works exclusively with natural dyes, creating a prism of hues using indigo, madder root and Osage wood shavings–sourced from a furniture designer friend in New York–as well as found objects from walks or plants from her dye garden. Successful dye experiments are added to her extensive fabric library, which also includes reclaimed and vintage textiles. She often maps patterns onto graph paper before cutting the fabric, “which is a careful act,” she points out. “These colors are precious to me–like jewels.” The final stage entails hand-stitching the pieces together using thick Japanese sashiko thread, a painstaking but crucial step that strengthens the fabric while maintaining its natural drape. “These are heirloom pieces I’m making,” says Ambrose, noting they will grow more beautiful over time.

This dedication to craftsmanship has earned Ambrose attention, leading to the 2013 Martha Stewart American Made award and custom quilt collections for Levi’s and Terrain. Singer John Mayer even commissioned her to create a quilt for one of his album covers. Building on this momentum, she recently launched a video series inspired by her popular studio workshops. It’s a new venture intended to honor the people and experiences that shaped her along the way. “My inspirations come from the people I’ve met,” Ambrose says, “so it’s important as an artist that I enable and inspire others.”