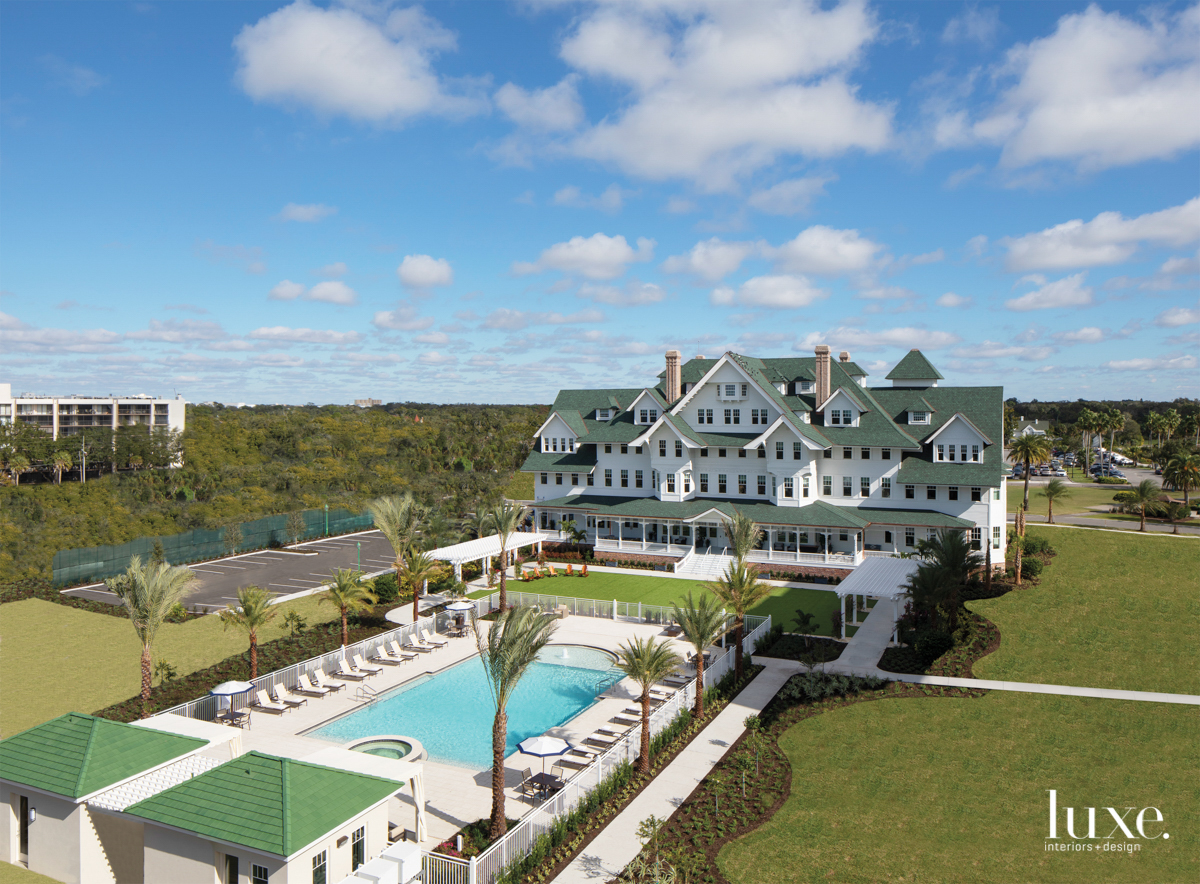 The first hotel built on Florida’s West Coast, the Belleview Biltmore Hotel, has been restored and reimagined as the Belleview Inn.

Built in 1897 by Henry Plant, the iconic four-story landmark hosted every living president until it closed in 2009. JMC Communities preserved its most authentic 120-year-old features—among them, the grand staircase in the lobby and the fireplaces—while incorporating a resort-style pool and sundeck and a fully outfitted fitness center.

Additional charms include the Tiffany Room, so called for its Tiffany glass panels from the original building; Mort’s Reading Room—named after Plant’s son—stocked with displays and historical information about the establishment’s legacy; and Maisie’s Marketplace, namesake of Mort’s wife, serving up breakfast and small plates.