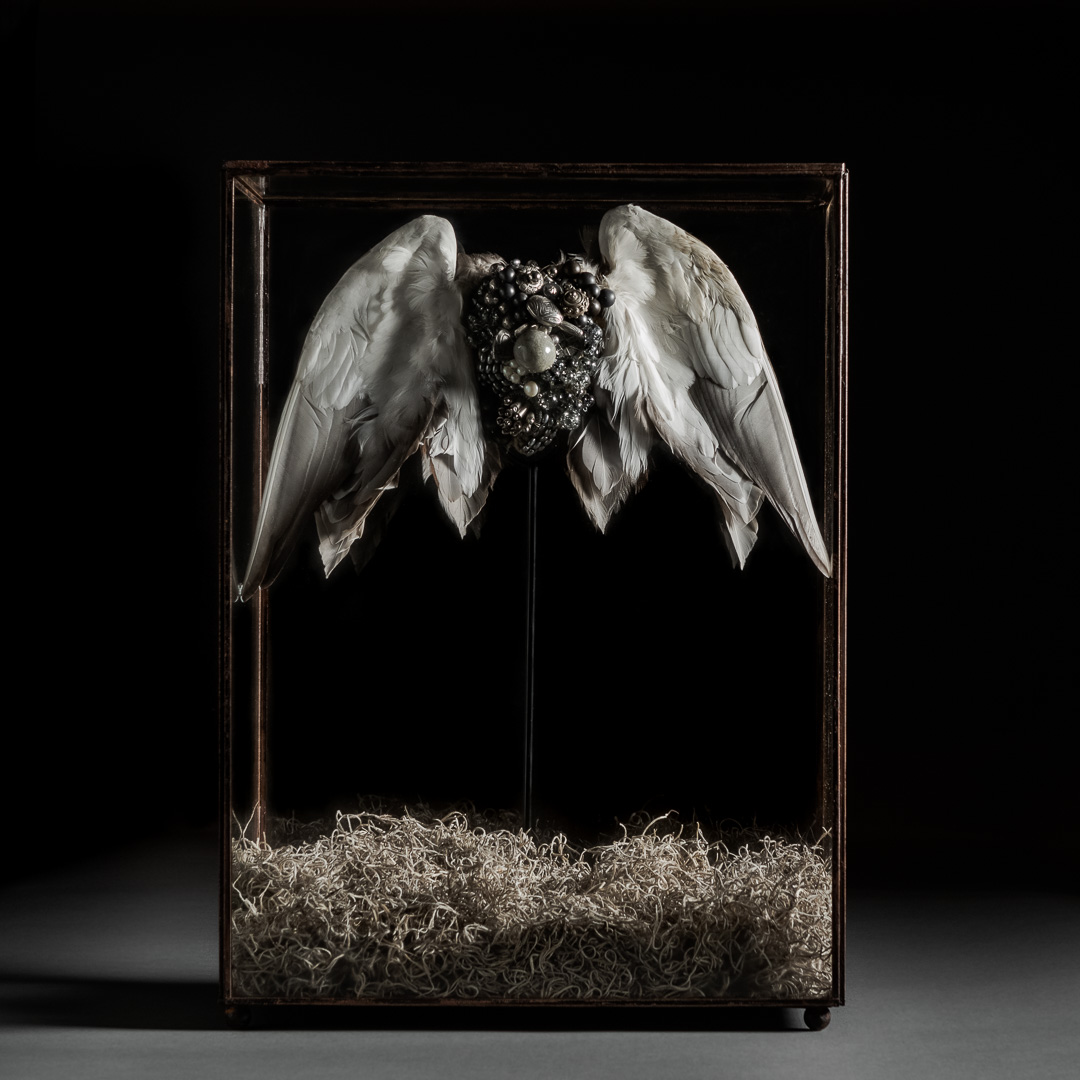 Atlanta-based artist, stylist and designer Blake Weeks says he has always had one foot “in a different world,” but adds that it took years before he was brave enough to fully step into it. “I just had this idea,” he says of his first tentative ventures with hemp string, beads, shells, feathers, bones, lichens, fungi and ephemera collected recently as well as over the course of his life. Now emboldened, Weeks fills nights and weekends taking nebulous plot points from the ether and materializing them into physical forms. On view September 19-27 at R Hughes and available for purchase until the end of 2019 is a 24-piece collection Weeks has christened “Indefinite Articles.” Below, he demystifies his creations. 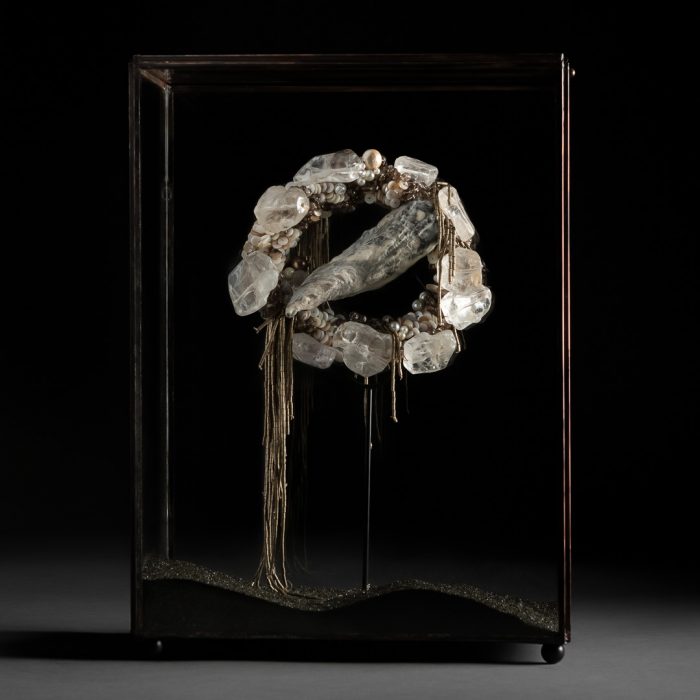 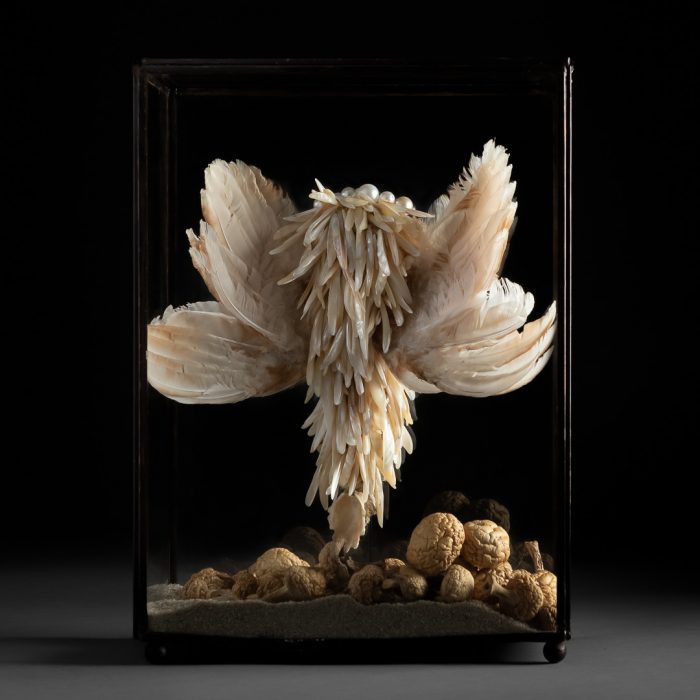 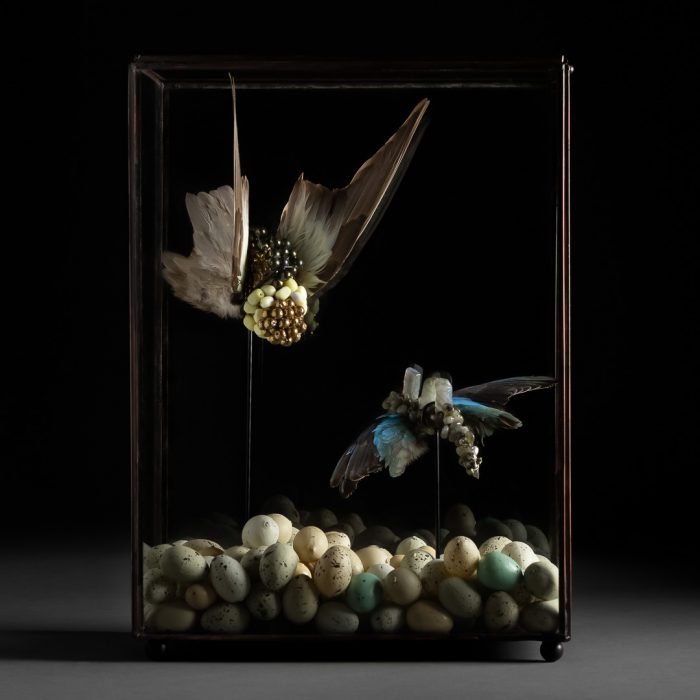 There is something sinister about these pieces. But also something quite bright. What’s the significance of the dichotomy?
I believe we are both dark and light. We’re both shadow and self. And we have to be aware of that.

Did you always take art classes?
No, I never did. I started drawing and working with sewing needles around age 4, and after college I made a necklace for a friend in Birmingham, but I didn’t truly begin creating until two years ago–and it was because of my partner, Bobby. To feel like someone believed in the work as much as I did made it worth it to sit there for hours and hours making things. But it was never lonely, because you feel like you’re having a conversation anyway.

Who is the conversation with?
I think it’s with the pieces themselves. Or the essence of each of these pieces. It doesn’t feel like my story to tell; it feels like I’m telling their stories, and each piece represents its own distinct mood, or combination of emotions.

Where do you gather the materials you use to make the pieces?
I like to go to Scott Antique Market and dig. I buy necklaces from antique shops that I break down into their component parts. I incorporate everything from bird wings, bones and seashells to allium bulbs, sunstone, sterling silver, Victorian brass, bleached coral and rattlesnake heads. One of my newest pieces has these flamboyant, Valentino-looking goose feathers.

What’s next for you?
Changing up the scale: really tiny pieces and enormous pieces. I mean pieces that are small enough to be jewelry, bringing it full circle, but they’ll definitely be standalone sculpture; just precious that way. A whole microcosm of aggregate stories reborn as a new one.