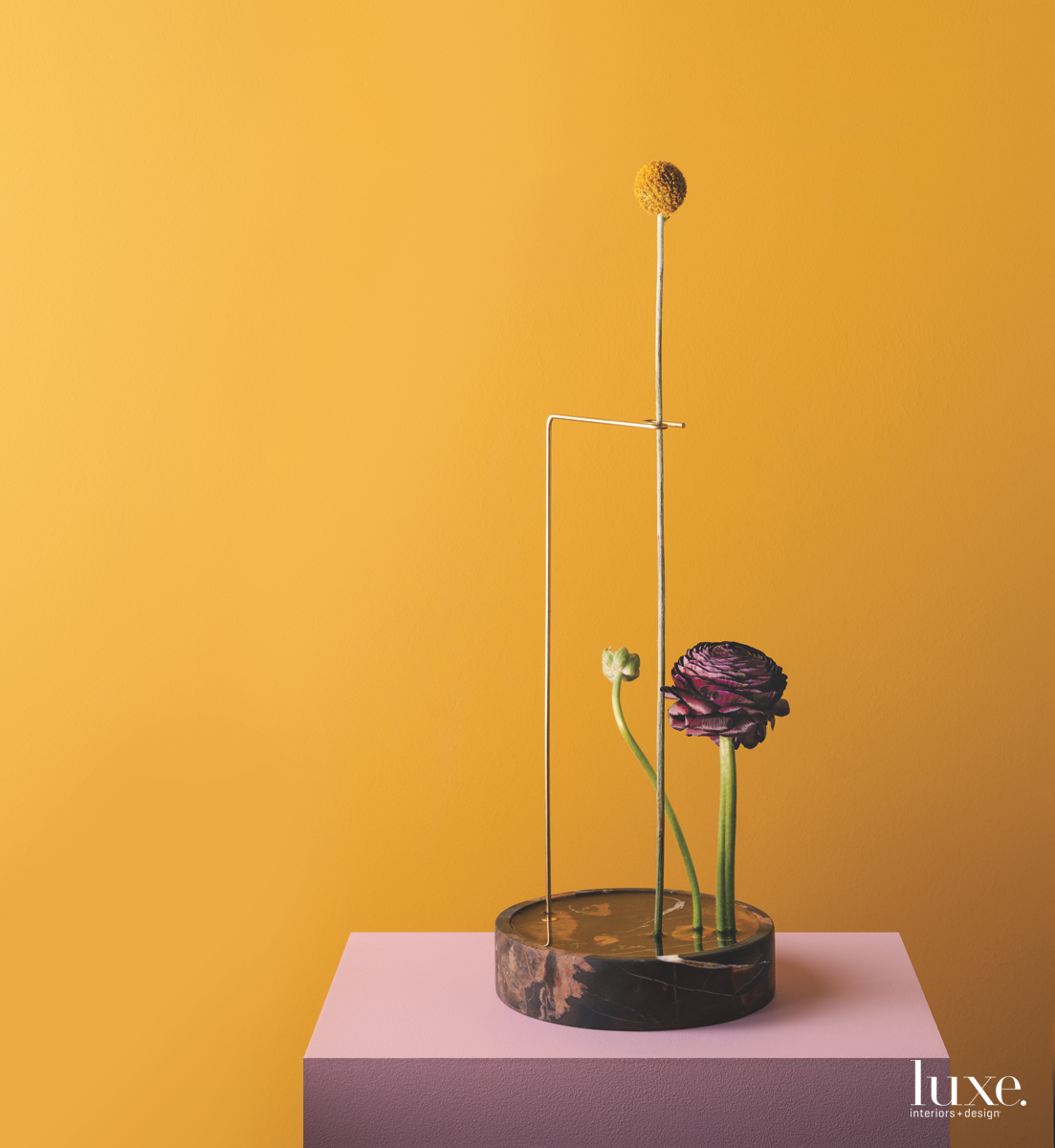 Marble has long been synonymous with luxury. Every subtle vein or variation in hue tells the story of its creation and makes each slab utterly unique. Similarly, no two flowers are truly alike: The intensity of color, the size of a petal and the swoop of a stem are all variants that contribute to each bloom’s singular profile.

To celebrate those likenesses, Italy’s Bloc Studios has collaborated with Swedish photographer Carl Kleiner on a line of vases inspired by the latter’s 2014 Posture series of photographs in which he posed various flowers in unusual positions, often anchored by a block and suspended by strategically placed wires.

“The Posture series came from experiments to control the positions of the flowers to photograph them,” he says. “I had a conversation with Sara Ferron Cima (Bloc Studios’ cofounder and designer) about how fun it would be to translate the photographs into vases so that everyone could arrange flowers in a similar way,” says Kleiner.

Reminiscent of ikebana, the Japanese art of flower arranging that prizes balance, grace and minimalism, the Posture vases create sculptural forms while shining a light on the brief lifespan of cut flowers. Blending hard with soft; straight lines with curves; substantial with delicate; and inanimate with animate, the combination of solid marble and seasonal blooms offers an exquisite exercise in contrasts.