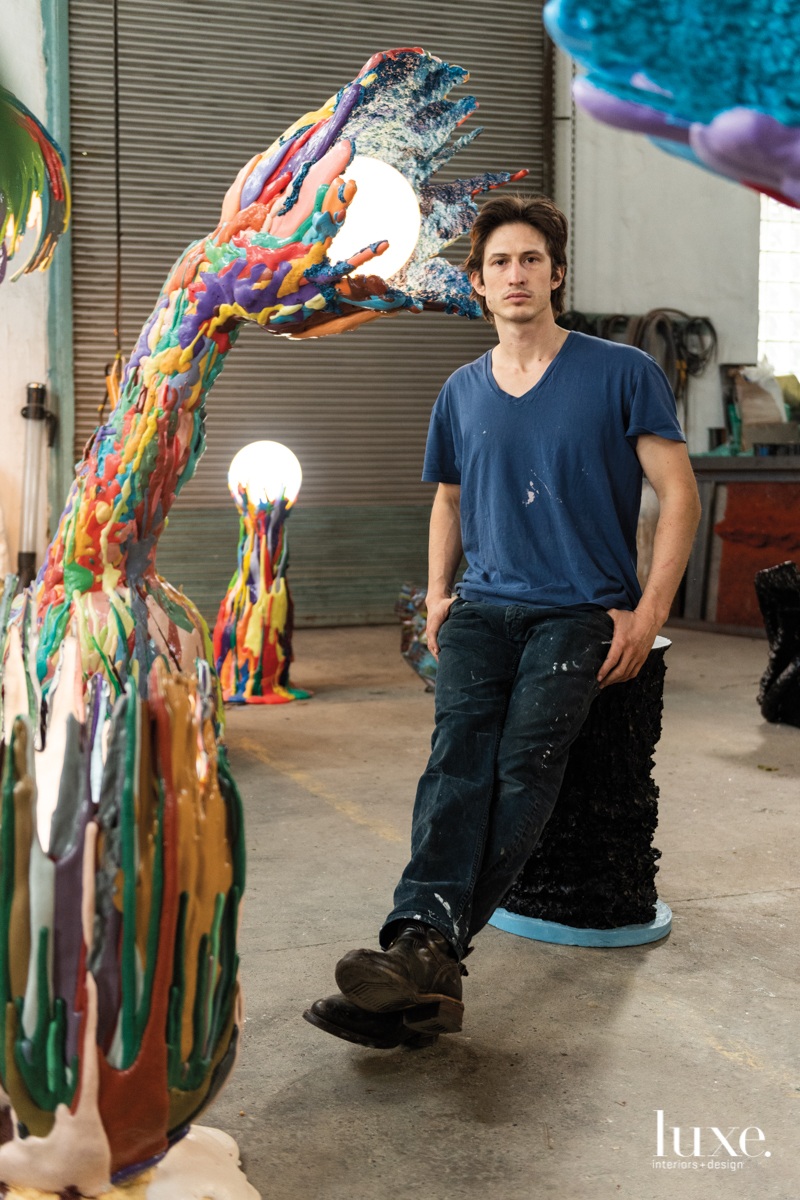 “I’ve always felt sculpture tingling at my fingertips,” says Brecht Wright Gander, “but I studied philosophy instead of going to art school.” For the designer, who splits his time between a woodshop in Ridgewood, Queens, and a studio in Alpha, New Jersey, those nascent tingles have not only become reality, they’ve manifested into a wholly original body of work. Encompassing varied media—brass, wood, concrete, foil, even paper pulp—Gander conjures up forms that are at once easily recognizable and very nearly alien. 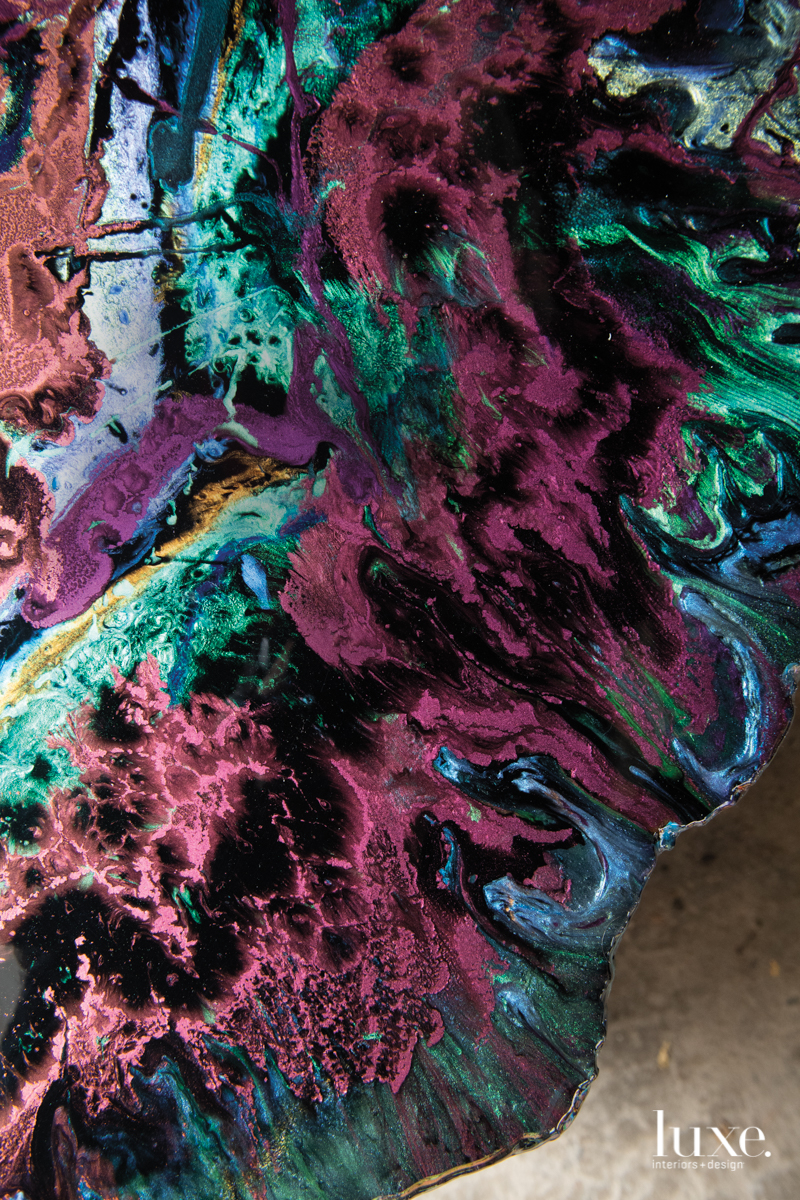 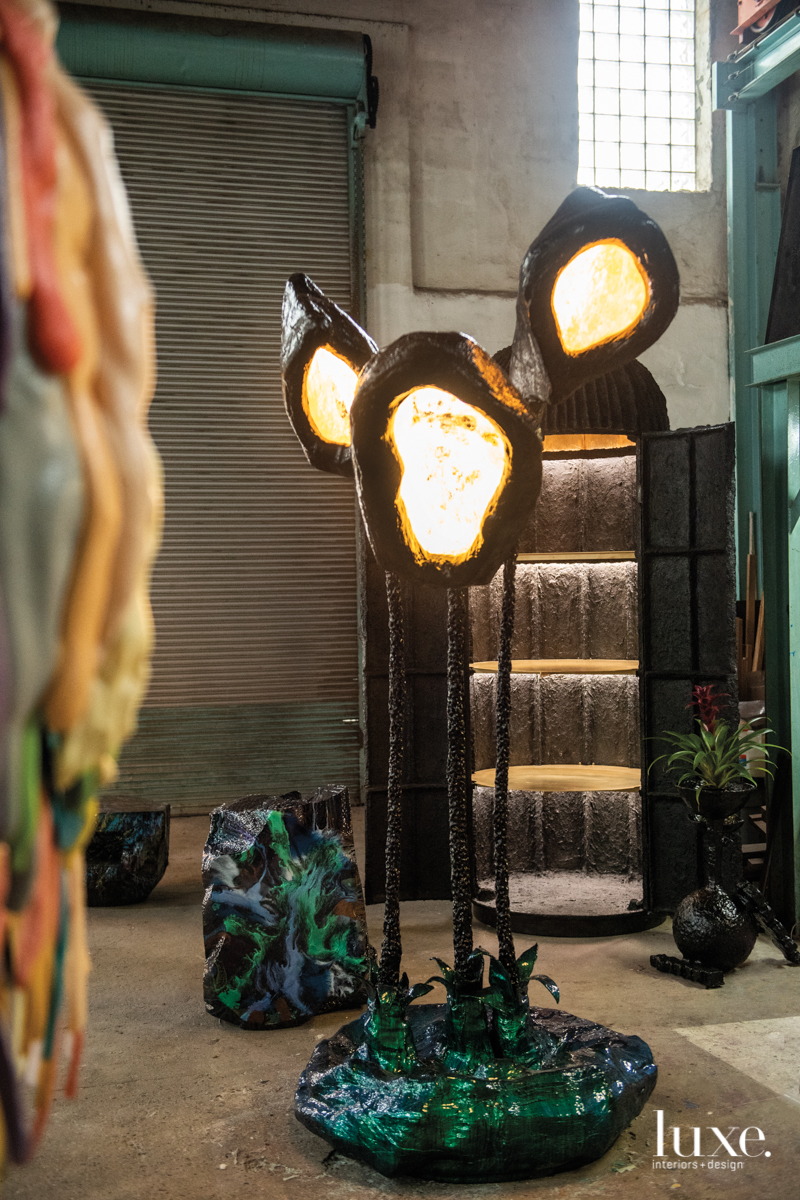 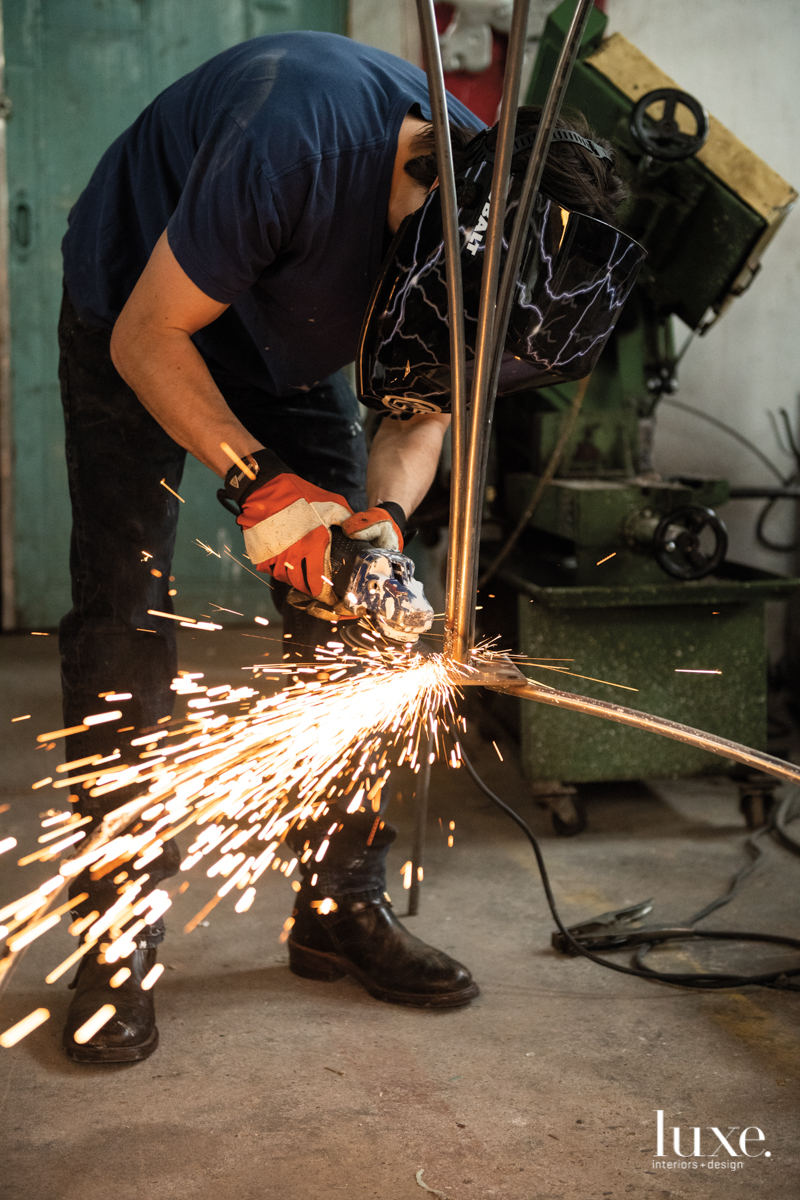 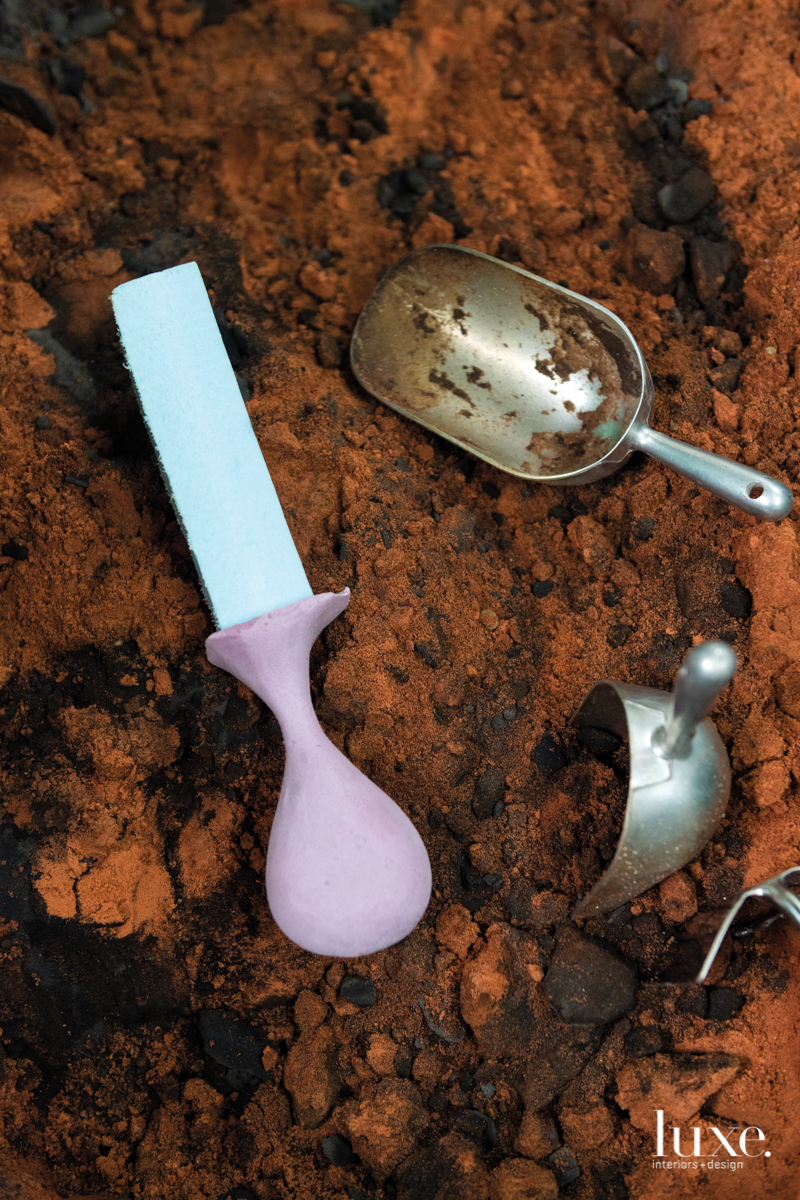 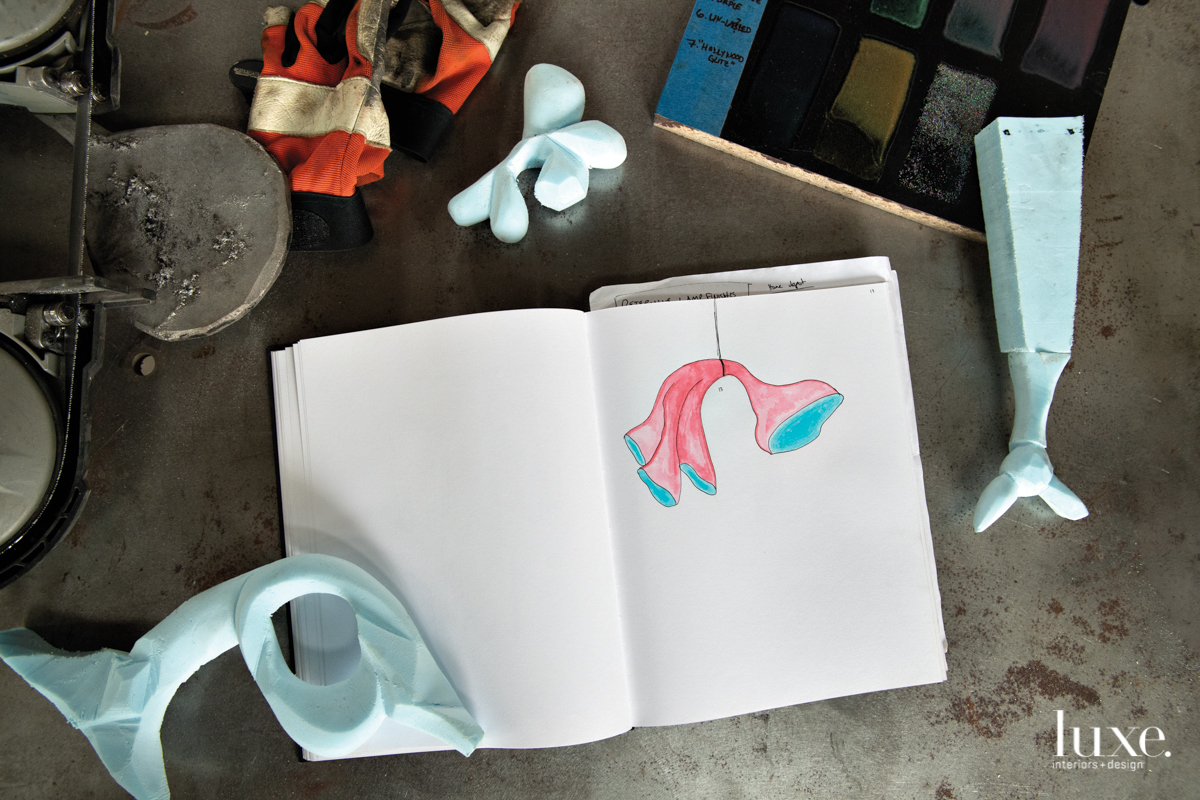 He takes a hands-in approach to his work, the result of time spent in the employ of a boutique design-build firm run by two Rhode Island School of Design architects. “The overtly commercial nature of design felt more honest than the fine arts, which attempt to commodify not only objects but ideas, attitudes,” he muses. “So, I treated craftsmanship as my art school and learned woodworking and craft-driven design. It felt right to learn how to make a functioning chair before I gave myself license to make a sculptural, only notionally functional chair.”

Gander’s endeavors run the gamut from his True Jelly of the Beast Dry Bar, a spiky, bullet-shaped cupboard that opens to reveal a brass-and-gold-leaf-covered interior, to his Yo, Burri! Lamps, which look like friendly residents of another dimension. Regardless of their final shape, each piece generally begins with “a lot of excitement,” he says. “I find a material that is new to me and I begin experimenting: thermoforming, anodizing, sand casting. Sometimes I stew, but I find that if I go into the studio and just start moving my hands in a new way, I’ll figure out what I’m making rather fast.”

Recently, the artist has forayed into using computer-aided design—something he admits to being “so-so” at—to yield new directions. “I am frequently shocked at what happens when I press a particular command key,” he says. “The results are often radically bizarre and inhumanly strange. I’m working with those accidents more and more in upcoming designs.”

Although he’s only had his own studio—which comprises an arm for limited-edition work and another for “unlimited editions”—for a smidge over two years, Gander has already gained acclaim and established himself as a fresh voice with endless vision. Represented by the venerable Todd Merrill Studio, Gander showed at PAD London, Salone del Mobile and Design Miami this past fall. He’s currently gearing up for a solo show, which will include everything from monumental pen holders to chandeliers. The artist also reports playing with rotational casting processes, a top-secret project involving plasma and his first-ever fashion experiment: a handbag. “There are as many impulses behind the work as I have impulses in me. Desperation, curiosity, a kind of demented fury to get out the bad to tunnel down to the good,” he says, adding, “There is sweetness.” 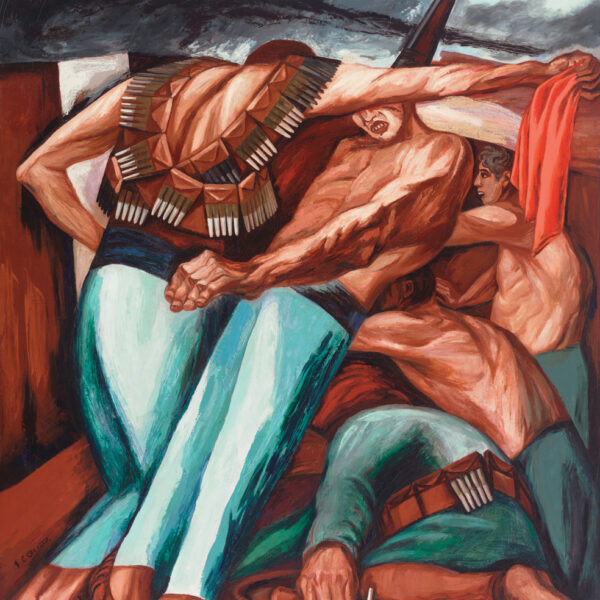 Mark Your Calendar For The Whitney’s Grand Display Of American, Mexican Artists 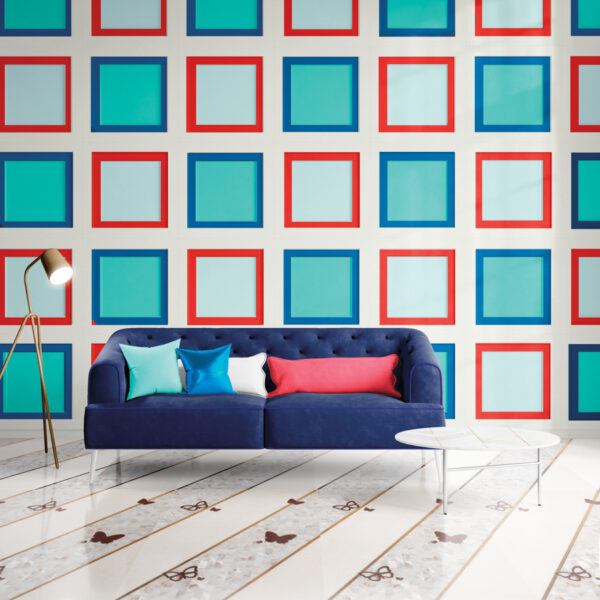 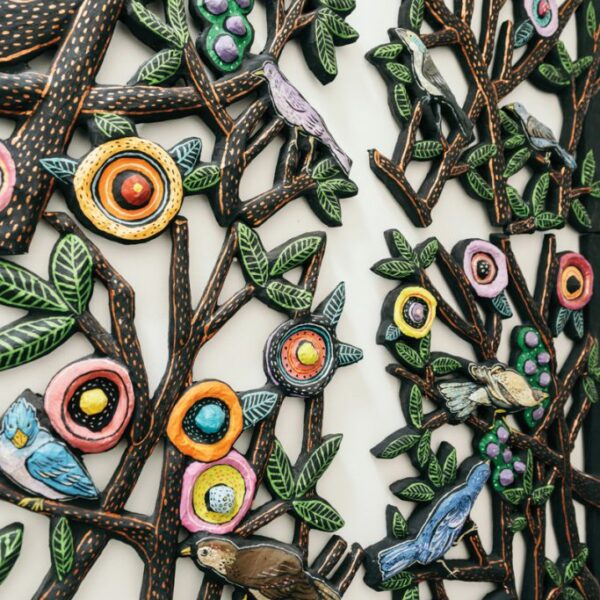 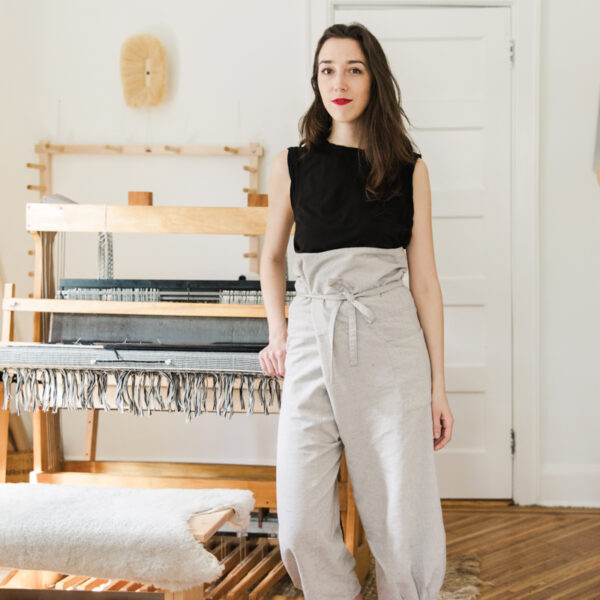 For Weaver Molly Haynes, A Passion For Textiles Is Genetic 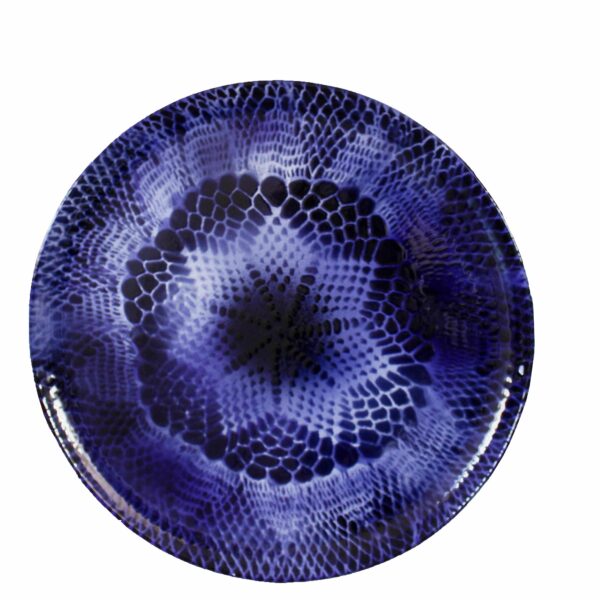