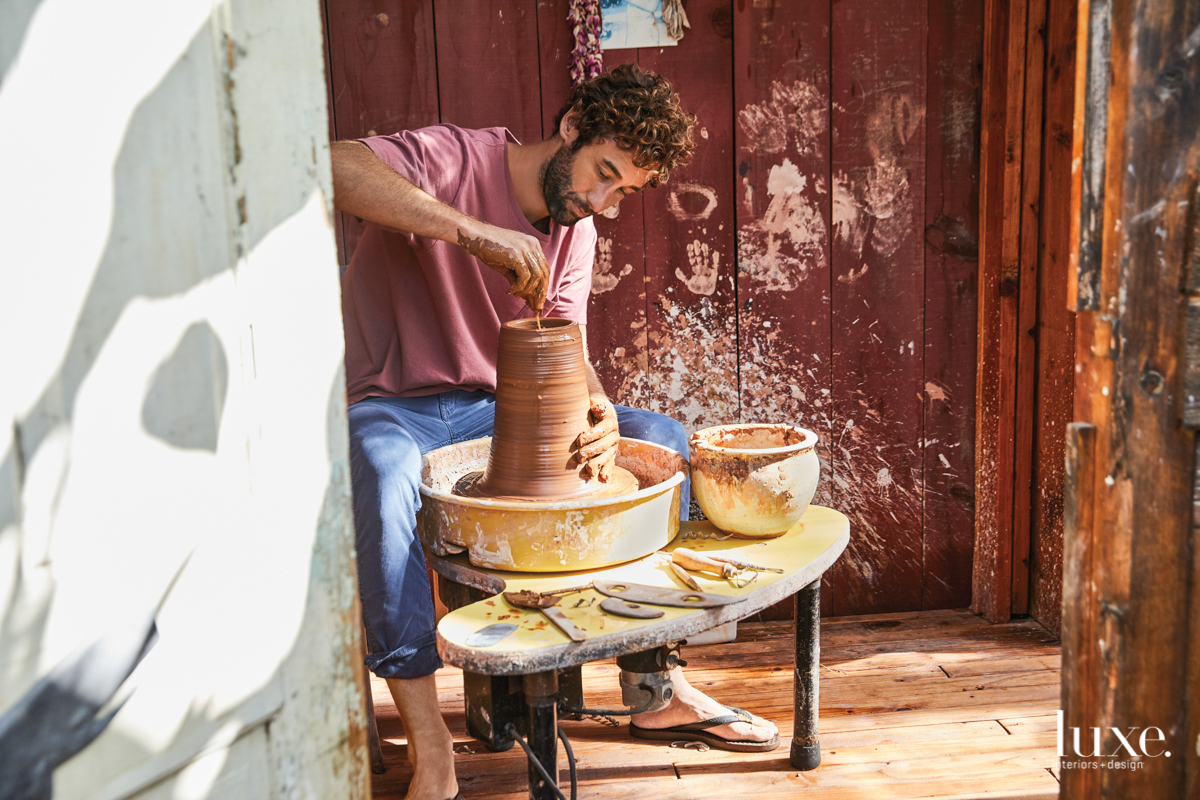 Ceramicist Joe Skoby works at his wheel in his La Jolla home’s backyard.

Joe Skoby’s life is a manifestation of his passions—family, art and surfing. The La Jolla, California, ceramicist is fortunate enough to be able to create his wonderfully sculptural objects at a studio nestled in his home’s lush garden. “Being a surfer is a driving force as far as how I set up my day, although now it comes second to the patterns of my two daughters,” says Skoby. “My schedule depends on the weather, the waves and the tide. I often try to get a surf in before picking up my daughter from preschool.” 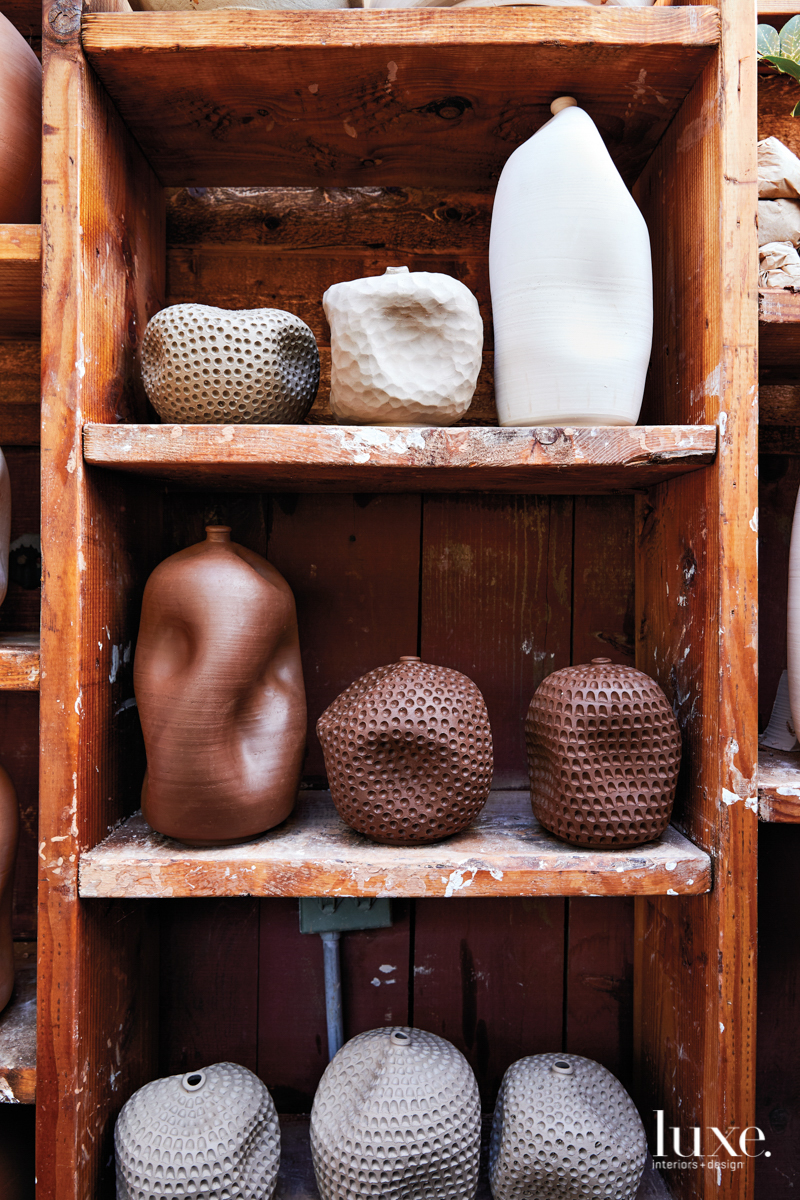 Skoby embraces experimentation in his work.

Skoby embraces experimentation in his work. 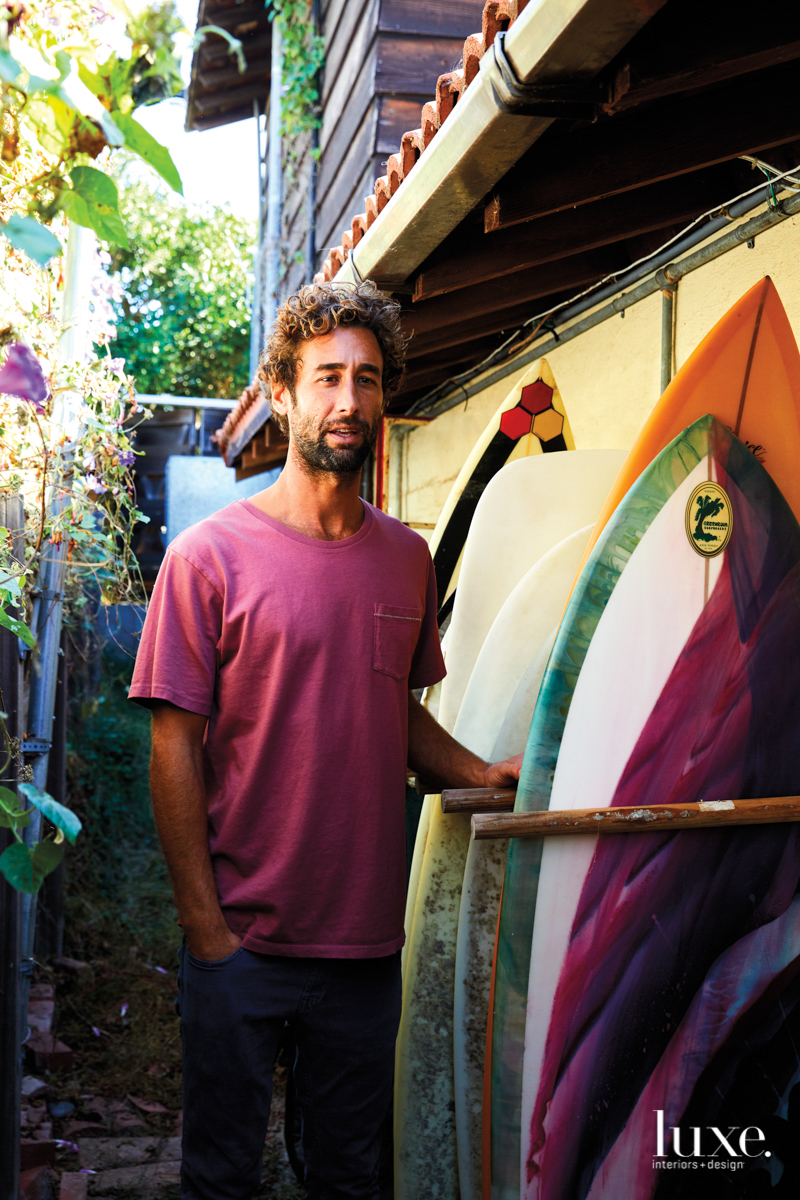 One of his other passions is surfing, which he tries to do every day.

One of his other passions is surfing, which he tries to do every day. 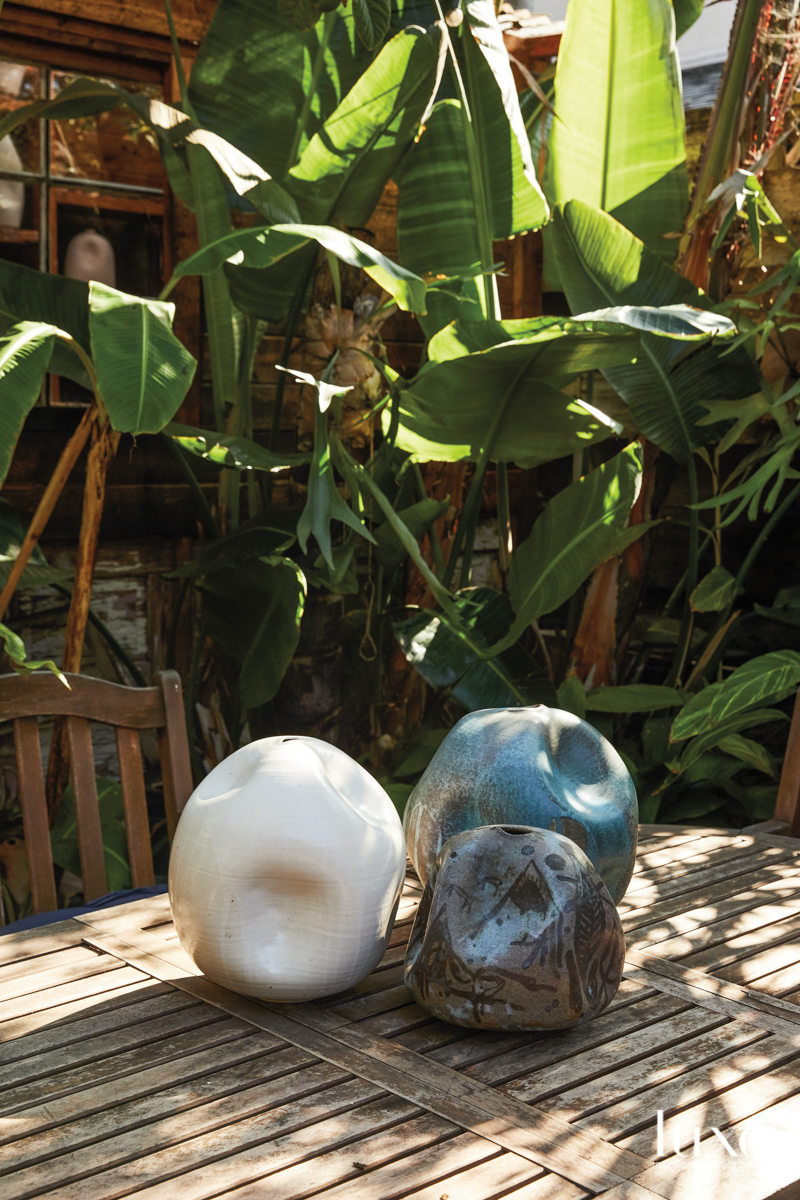 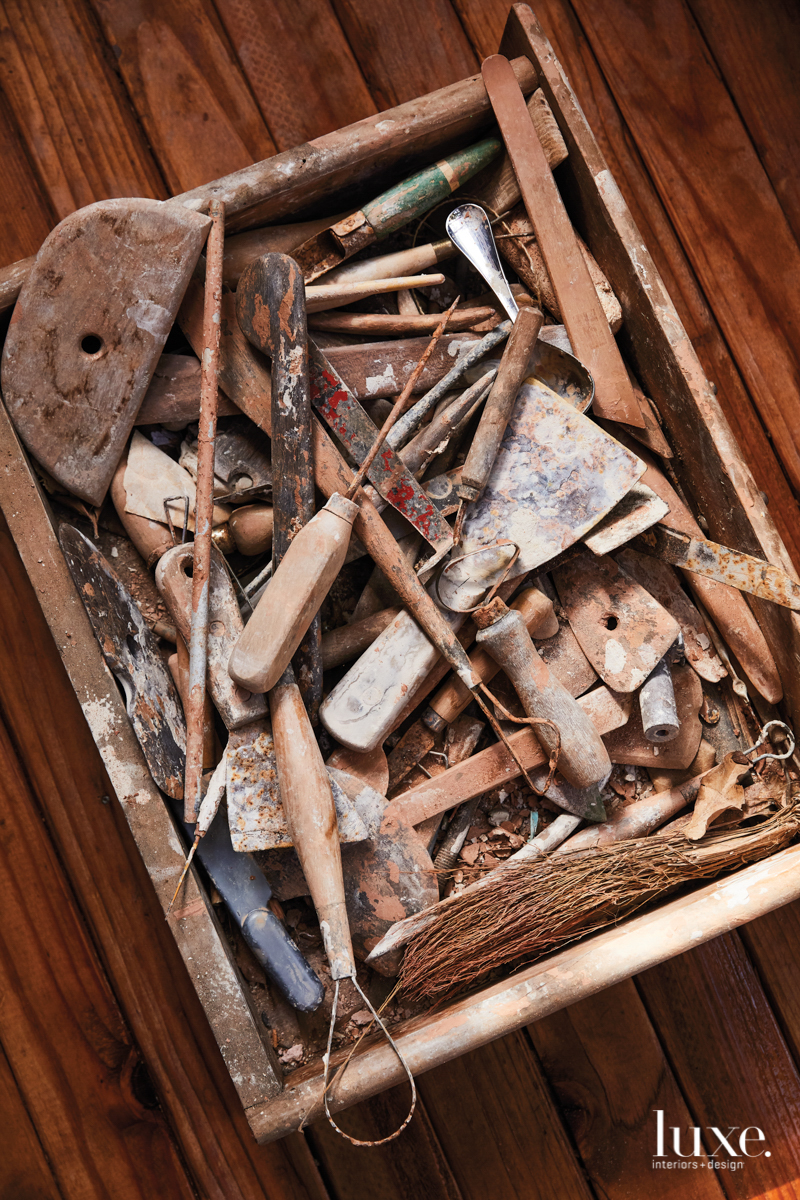 Mixed together are some of the tools he uses to create the surface treatments.

Mixed together are some of the tools he uses to create the surface treatments.

Even if Skoby’s process is the embodiment of California chill (“My best moments are when I can just sit down and let it kind of flow,” he says), his ceramic wares are breathtakingly cohesive, unified by surface carvings and a penchant for dipping, brushing or even pouring on his glazes to beguiling effect. “Sometimes with layering, things react in the kiln and will kind of crawl and do odd stuff,” he says. “For me, that’s an aesthetically pleasing outcome.”

Formally, Skoby’s vessels could be described as perfectly imperfect—artful disruptions that challenge the viewer’s expectations. “I really felt satisfied with the work when I started to kind of stumble into these misshaped pieces,” he says. “I’m still enjoying that– the idea of breaking away from perfection.” And while the artist, who was introduced to the craft in high school, admits to being enamored with the work of iconic ceramicist Peter Voulkos, who is known for his free-form construction, truthfully, his influences are harder to pinpoint—and his oeuvre all the more intriguing for that.

That doesn’t stop observers from drawing a connection to the artist’s own environs. “It’s more subconscious,” counters the native Californian, whose roots run deep in the state. “I think there’s a fluidity to my work; the wheel spins just as the ocean moves.” He loves taking nature walks with his family, reflecting on the reefs, rock formations and subtle colors and is drawn to the look of low tides. Yet he doesn’t aim to recreate those elements, but strives to discover his own path. “If people can point to a curve or the overall essence of a piece and know it’s my work, that is a huge compliment,” he says.

As he always does, Skoby is enjoying playing with new shapes and textures, and he’s in the early stages of planning a show with artist Thomas Campbell, whose medium-spanning work also has ties to California’s skate and surf cultures. “He’s someone I really look up to, and it was a serendipitous encounter that brought us together.”

Wherever his muse may lead him next, Skoby is committed for the long haul. “It’s just something I’m going to do until I’m 85 years old and my hands don’t work anymore,” he says. “It fills in an important part of my soul.” 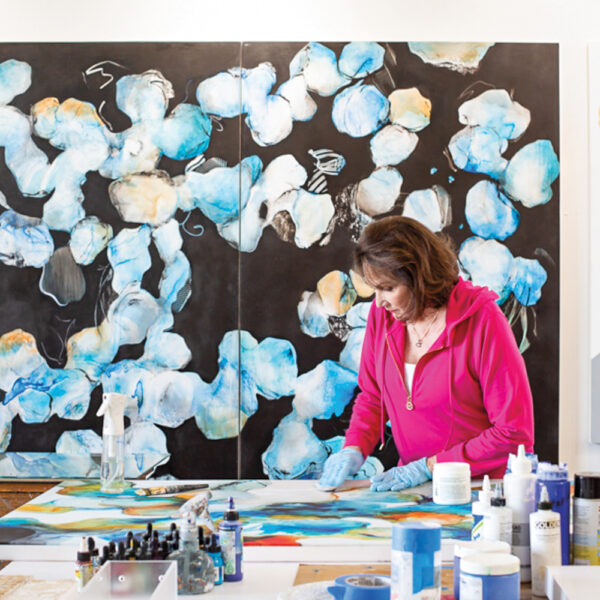 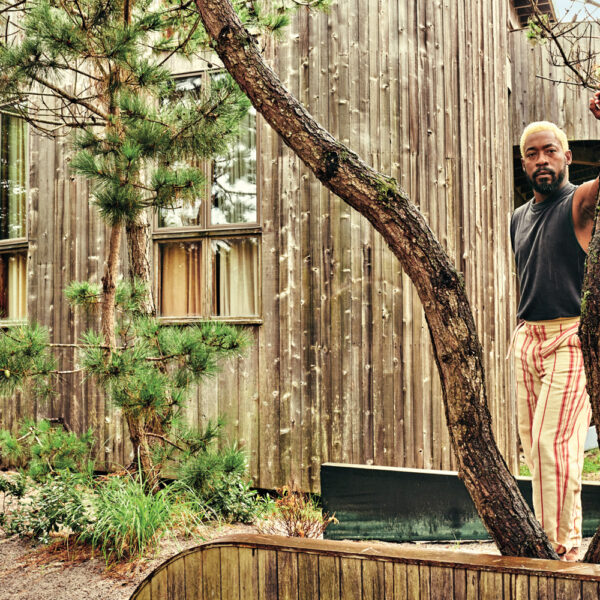 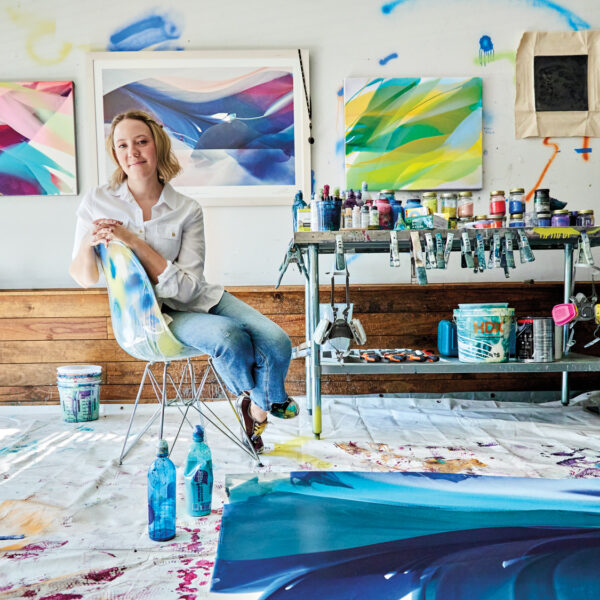 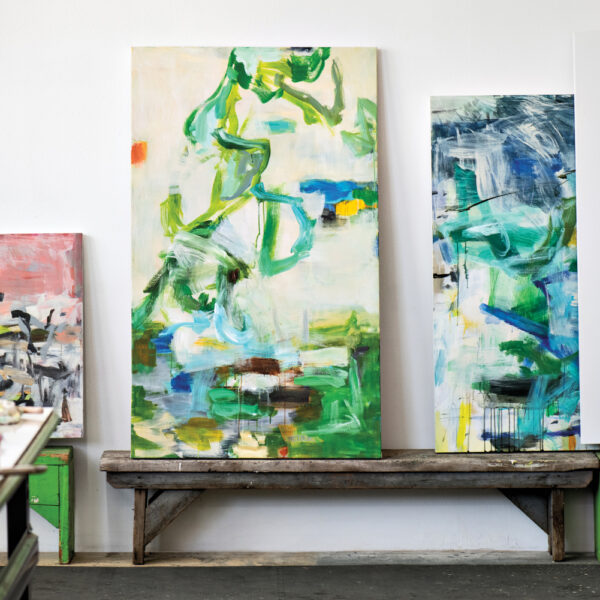