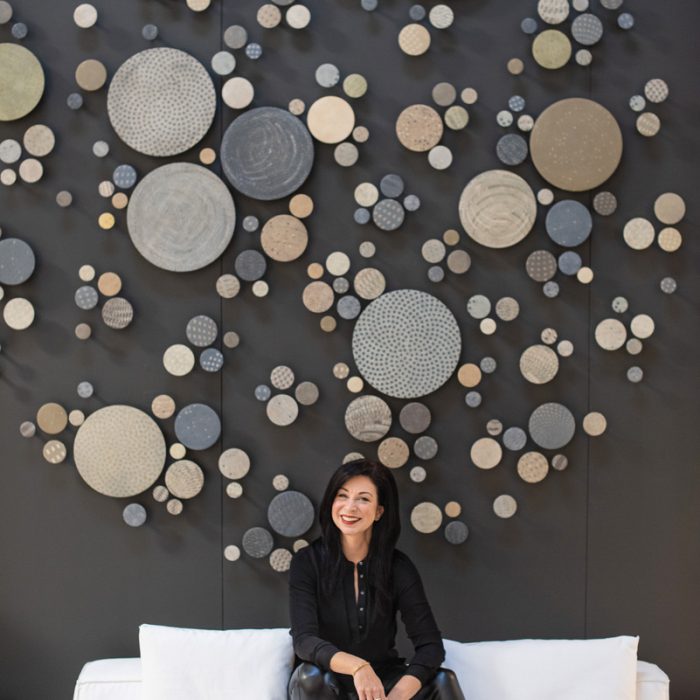 It’s not unusual to find someone immovable in front of a piece by San Francisco artist Carrie Ann Plank. Her mandala-esque ink-on-paper prints tend to have a soothing, ruminative effect on viewers, who become mesmerized while deciphering the many layers of dots, lines and squares found within each. “I like the art to have an element of subtlety,” says Plank whose studio is in the historic Hunters Point Shipyard artist community. “I don’t want the prints to be immediately digestible.” 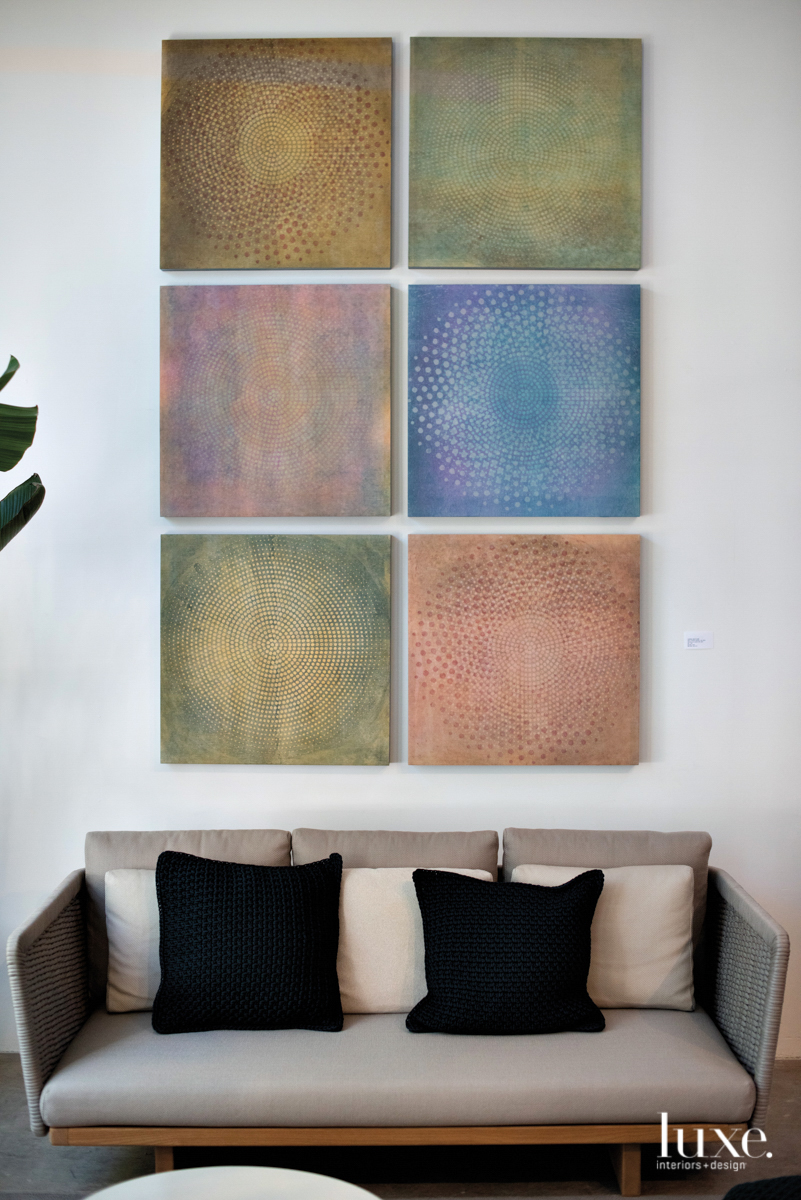 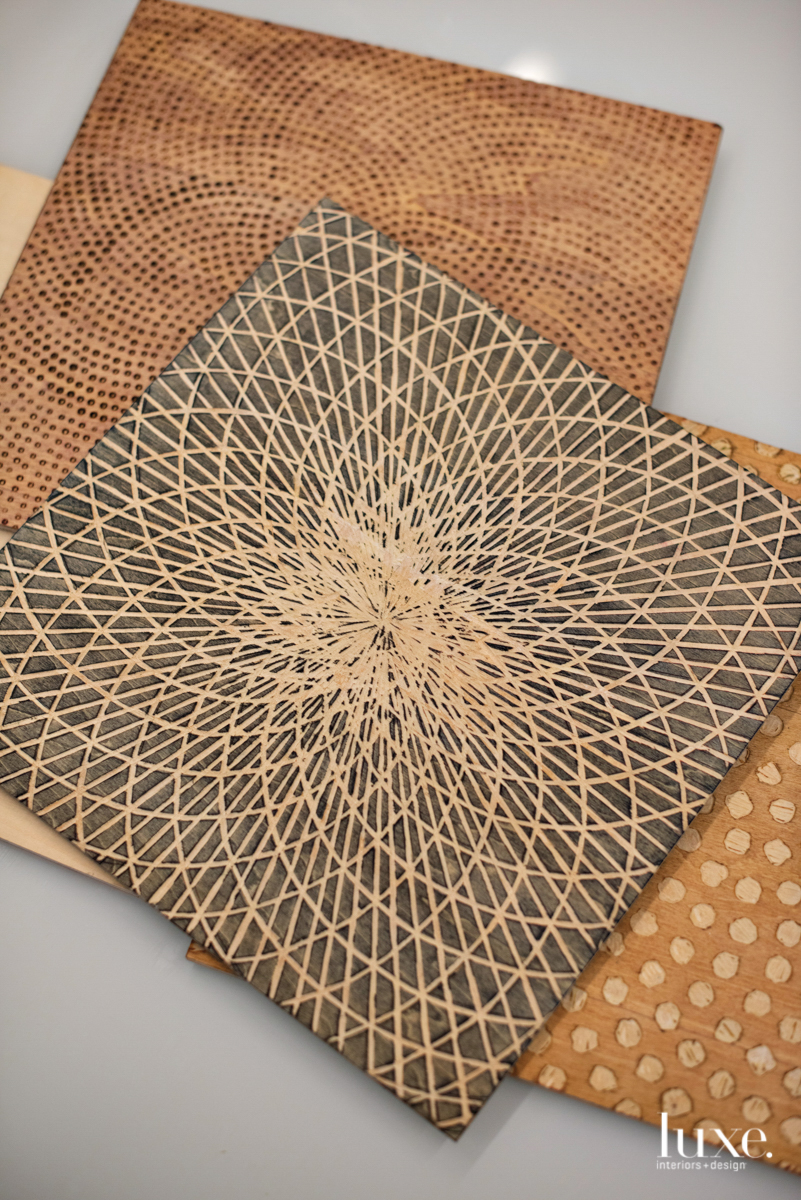 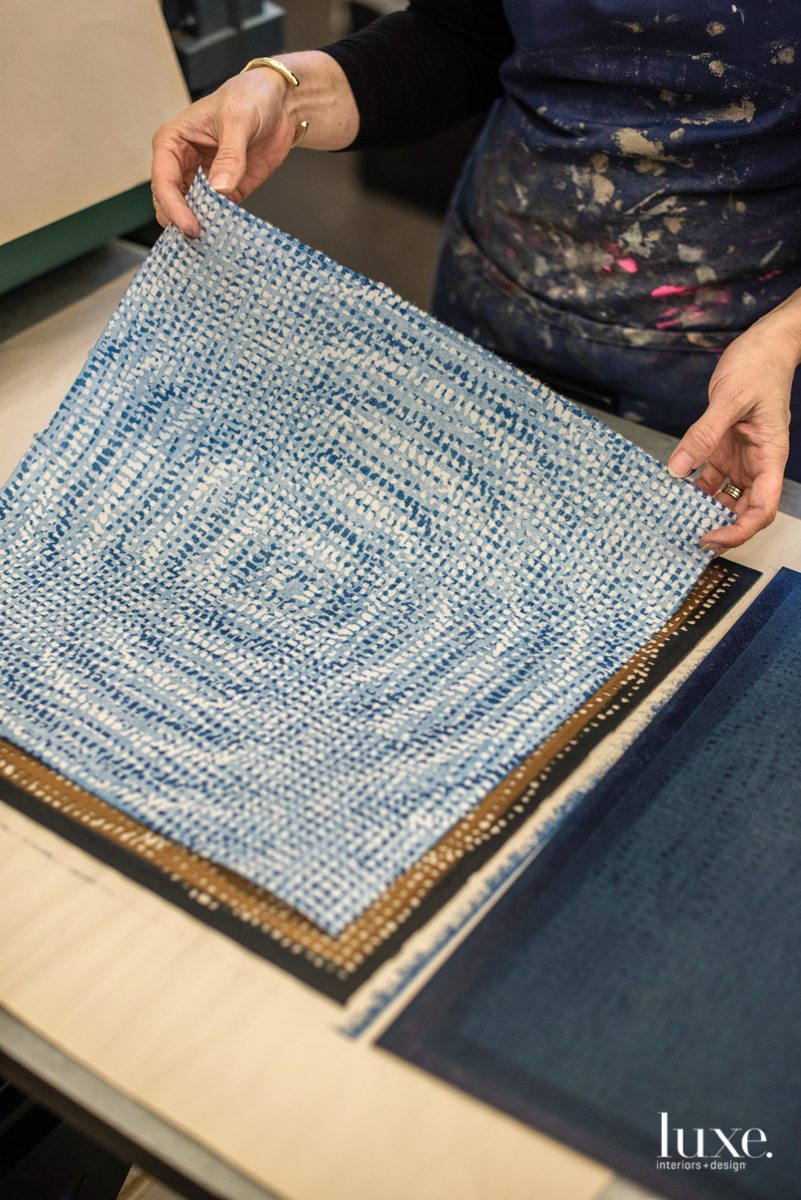 On the printing press, designs on the wood squares are transferred to paper.

On the printing press, designs on the wood squares are transferred to paper. 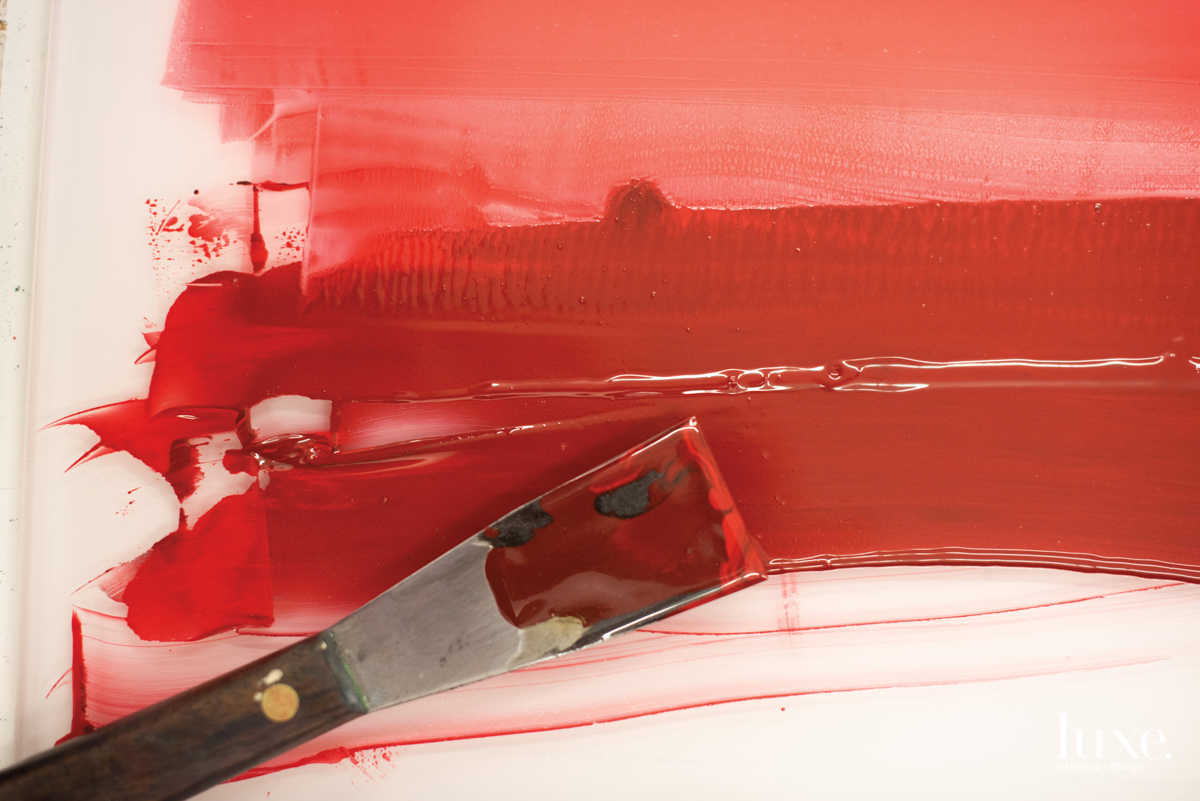 During the printing process, thin layers of paint are added.

During the printing process, thin layers of paint are added. 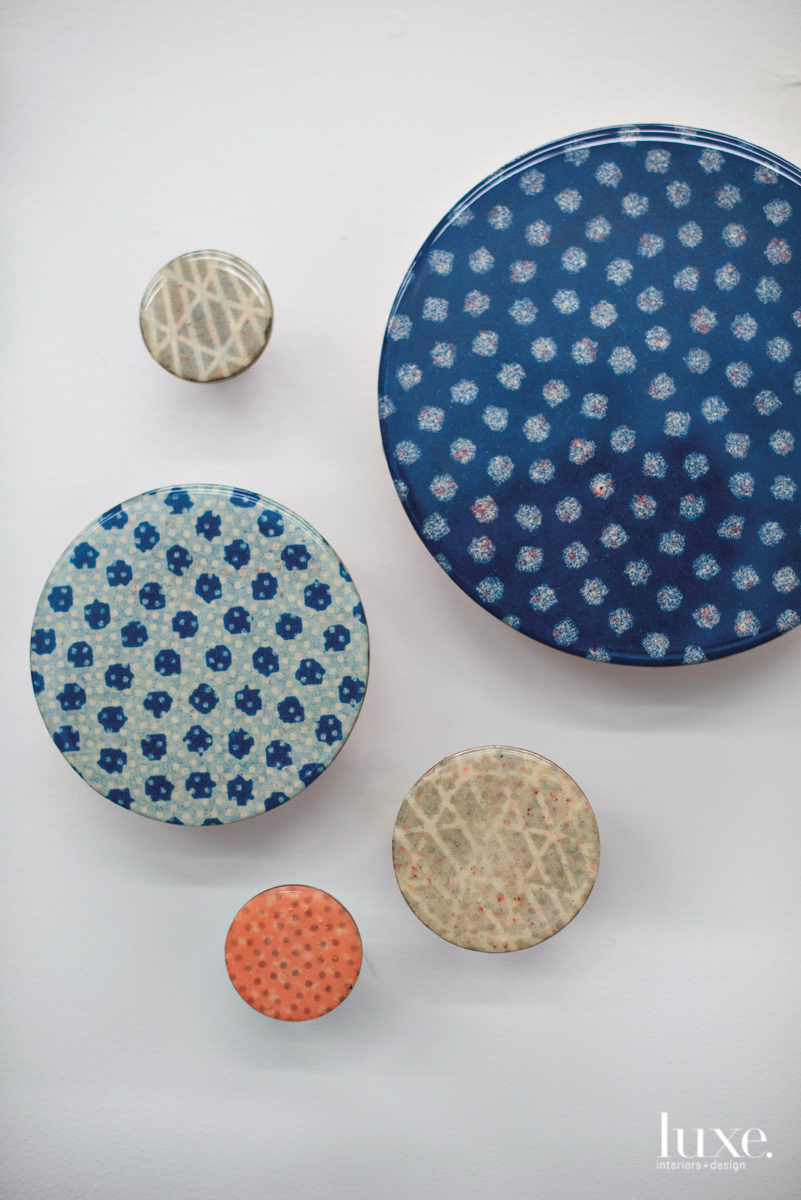 Once printing is complete, the images are mounted to circular forms.

Once printing is complete, the images are mounted to circular forms.

Considering that the origins of her art arise from complex mathematical formulas–such as the Fibonacci Sequence that’s said to govern everything from the dimensions of the Great Pyramid of Giza to the spiral shape of a nautilus shell–the likelihood of grasping everything contained in just one of Plank’s works is improbable. But the New York native, whose artistic path began during a college printmaking course taken to alleviate the rigidity of the pre-med track she was on, grants us all a reprieve: “The provenance of the information isn’t always important,” says the artist, whose large-scale prints and wall installation of more than 50 magnetic paper-on-wood forms is currently on display at Dzine Gallery until April 26. “I’m more interested in the aesthetics of the data and how it becomes a visual language.”

Charting things like wave patterns, sound sources, magnetic fields and number sequences happens first on graph paper. The designs that emerge are transferred to a piece of plywood, then hand-carved into the surface with small knives–the imperfect nature of the artist’s hand in this printmaking matrix is an important counterpoint to the calculus. “Before I even print anything, the raw labor definitely brings out any kind of obsessive qualities I may have,” says Plank, who often works in a large-scale format. “I’ll admit, the work is very satisfying on that level.”

Once several matrices have been carved, Plank experiments with printing them in different ways on different presses. When she settles on an approach, she custom-mixes transparent colored inks and uses rollers to apply them thinly to the wood. Paper is then placed on the inked surface and the press is used to apply tremendous pressure to transfer ink from one surface to the other and a pattern–ink, paper, press, repeat–is established. “I love layering sheer veils of color and overprinting with multiple wood-carved blocks to build up to a complex image,” she says.

In January 2018, Plank left her longtime post as the director of the printmaking program at the Academy of Art University to dive full-time into her studio practice. Since then, she has been incredibly prolific. Coincidentally (or not), the numerical sequences upon which her “Annuli,” “Pullulate” and “Germinate” series are based, govern growth patterns in nature. “I’m definitely experiencing a personal evolution,” she says.

Her work is evolving as well as she tries new techniques. As Plank used to tell her students: “There’s an opportunity to learn from art that doesn’t pan out,” she says. “I’m really embracing risk-taking and discovery in my work.”