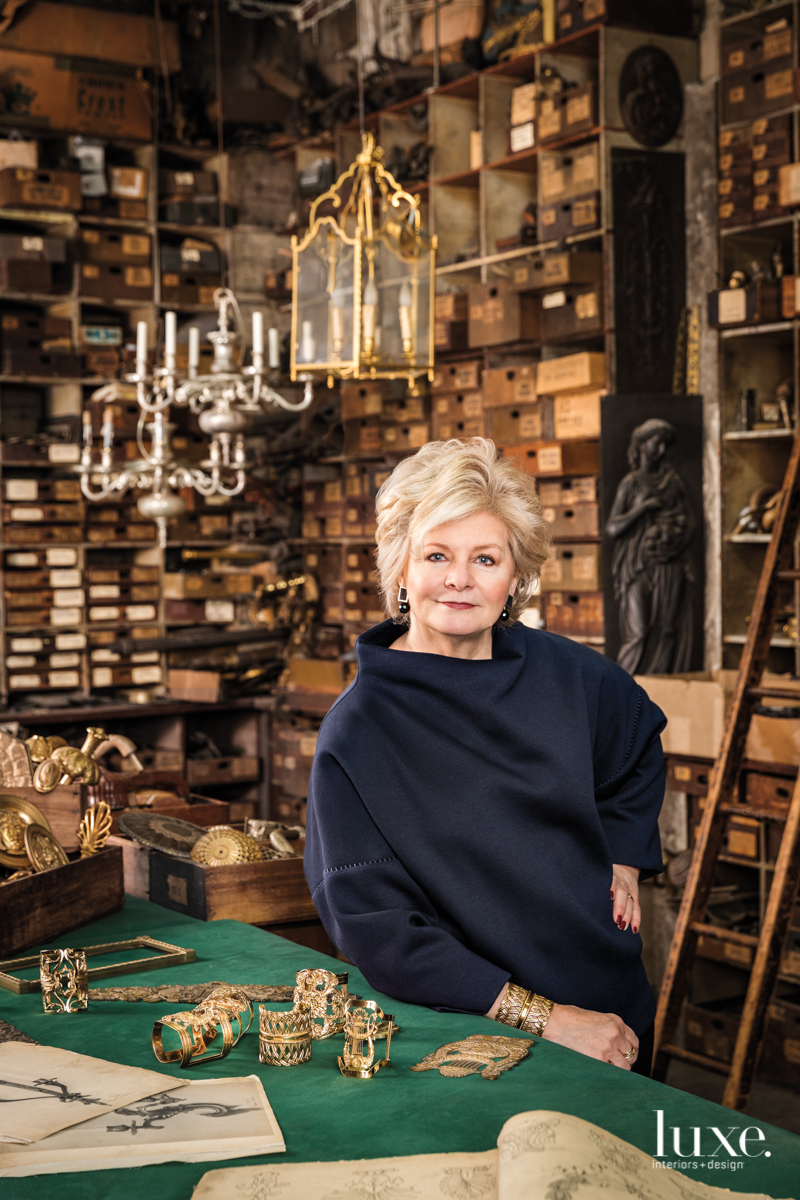 The most fitting collaborations usually come together effortlessly. So, when Martin Grubman, vice president of P.E. Guerin, approached his longtime client, interior designer Charlotte Moss, a few years ago about working together on the hardware firm’s debut jewelry line, Moss agreed without hesitation. In addition to her penchant for wearing bold statement bracelets and cuffs, Moss has been an avid enthusiast of P.E. Guerin, incorporating the brand’s well-established door, window and cabinet hardware into many of her clients’ homes. “Some things you have to work really hard for and other things just come your way,” says Moss. “This was just one of those smooth collaborations, so it really wasn’t work. For me, this was all fun.” 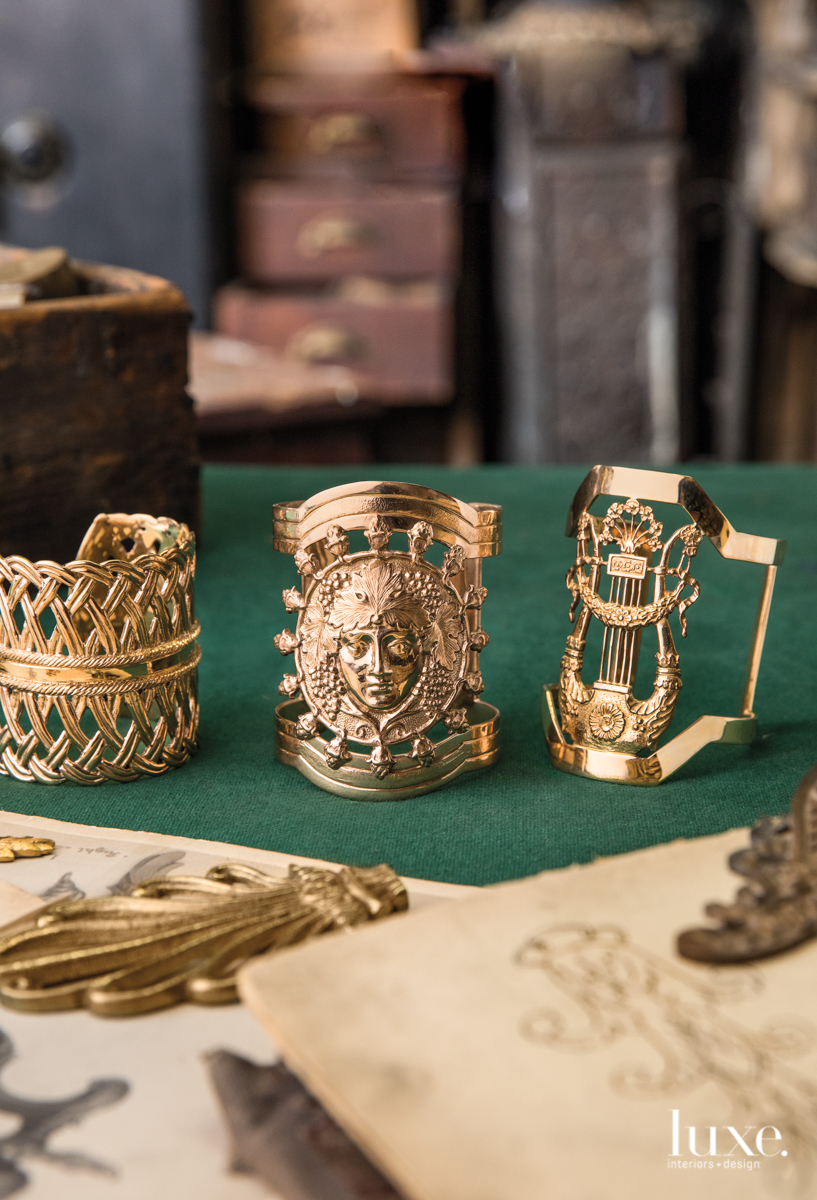 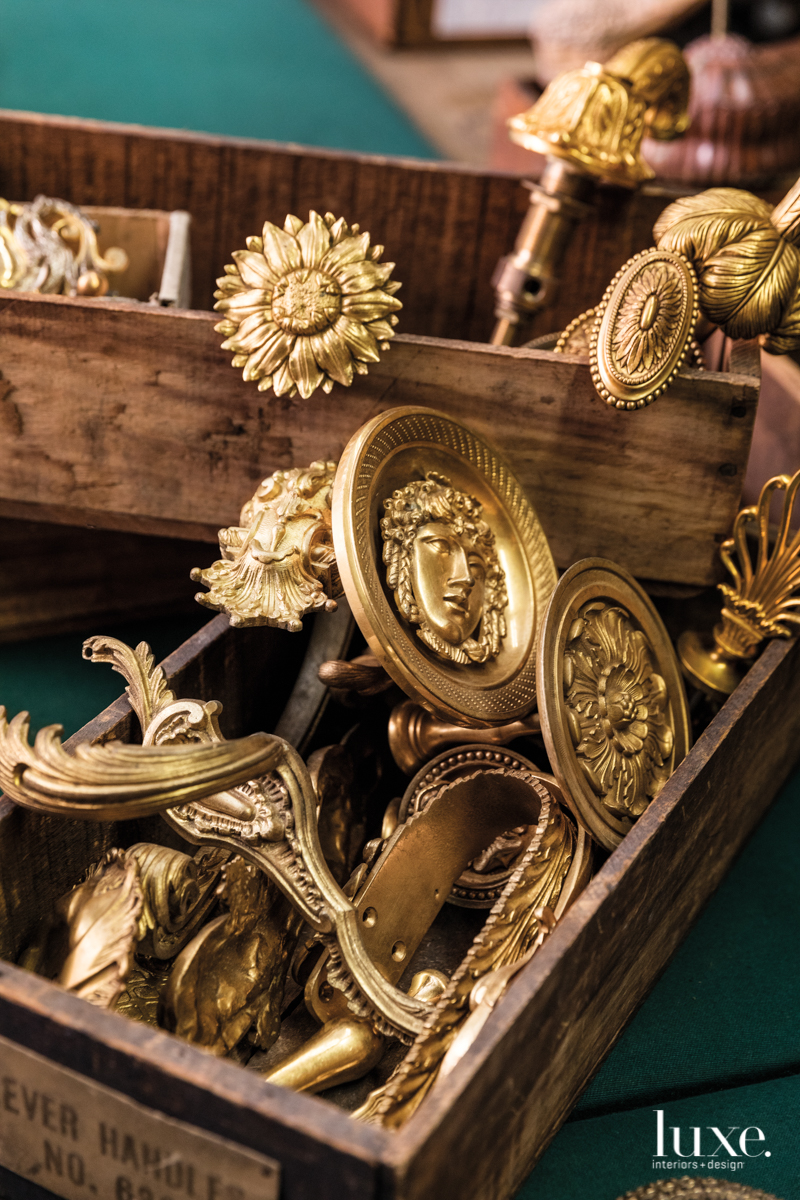 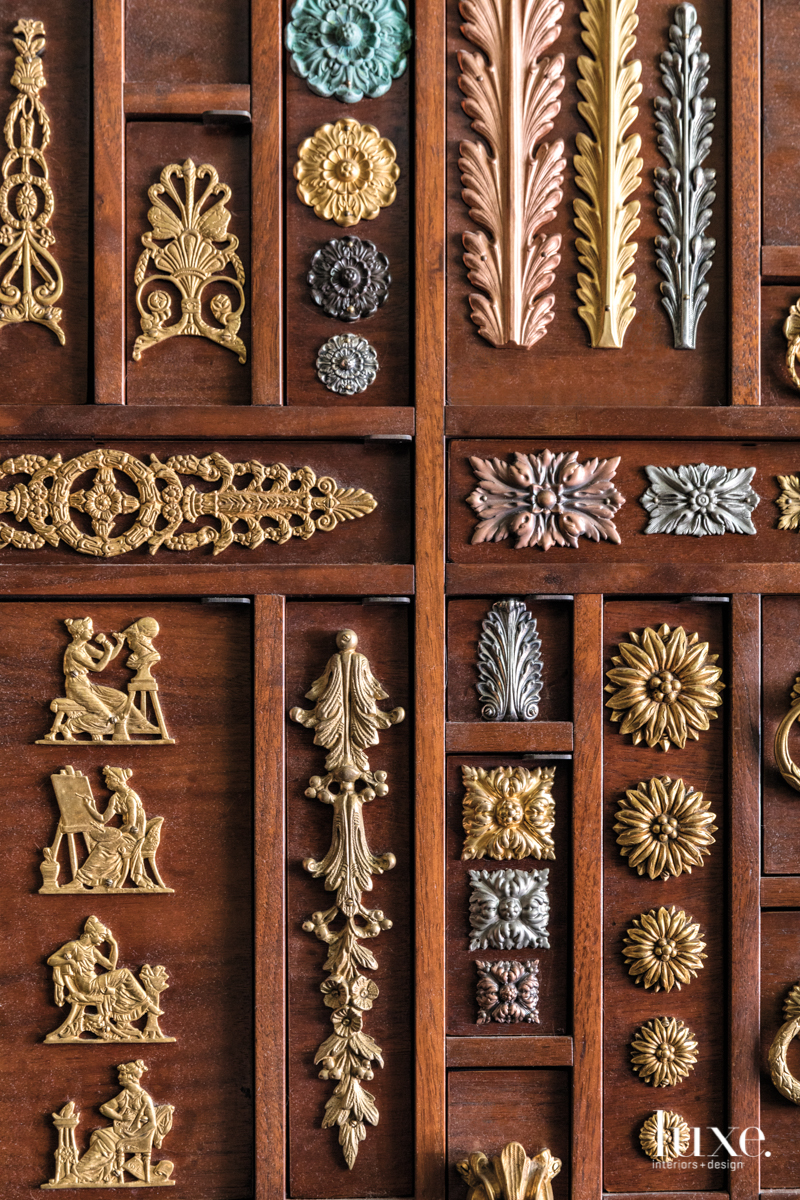 The Iconic Cuff Collection, which came to fruition in late 2017, began with Moss’ frequent trips to the P.E. Guerin showroom and foundry on Jane Street in New York, specifically the building’s Pattern Room. A historical treasure trove filled with inspiration, the archive space houses all of the master patterns and books used by the company since its inception in 1857. Moss scoured through hundreds of wooden boxes and drawers containing more than 50,000 patterns (a portion of which were brought from France pre-dating the company’s beginnings in the United States) to find pieces that spoke to her and the company’s history. “I kept narrowing them down until I ended up with six pieces that appealed to me–pieces I thought would make a powerful statement adorned on a woman’s arm,” says the interior designer.

Looking for a way to keep P.E. Guerin’s heritage front and center, Moss opted for classical motifs, some more than 10,000 years old, with each cuff highlighting certain historical periods. The Lyre features a neoclassical element relating to the golden lyre given to Orpheus by Apollo from Greek mythology. Another piece, the Dionysus cuff, was inspired by the Greek god of winemaking and symbolizes merriment and abundance.

Made from cast-brass and plated in 24-karat gold, the collection is fabricated in P.E. Guerin’s foundry in the same fashion as the rest of the firm’s offerings: with a great amount of care and attention to detail. And while the process and craftsmanship are a long-standing tradition, this collaboration is certainly a new venture and perhaps just the tip of the jewelry iceberg. “P.E. Guerin has always made jewelry for the home,” says Moss. “And now for the person.”