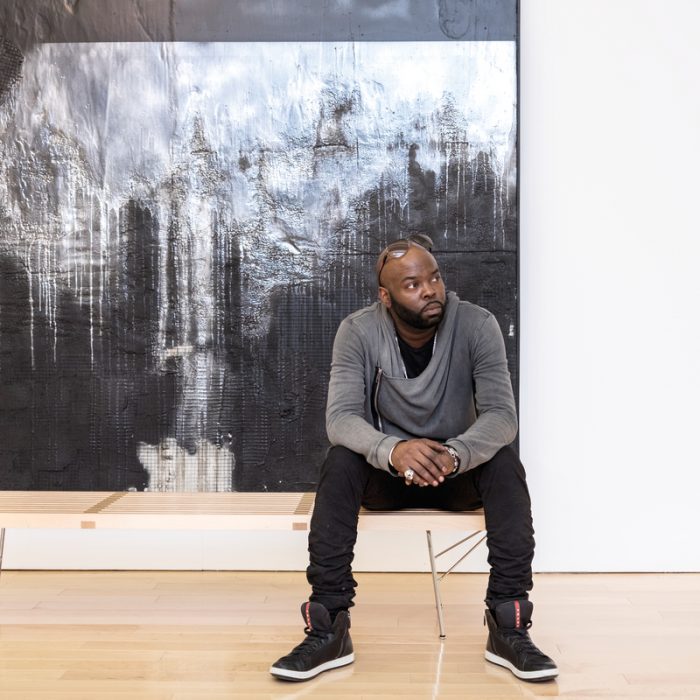 Chicago multimedia artist Cleveland Dean can’t remember a time when he wasn’t passionate about art. “I was the type of kid who constantly wanted to go to museums,” he recalls. “At age 9, when my friends were reading comics, I was reading Nietzsche, Freud and Jung. Various forms of art were a way for me to visualize these accounts and ideals.” Years later, after taking his first and only art class at Harrington College of Design, the Southside native began pursuing various mediums in his spare time. “I created a few works simply because I wanted art on my walls before I started collecting,” he says. Friends were soon encouraging him to pursue the discipline professionally, and he launched his full-time career in 2005.

Although he has dabbled in photography, sound and film, today Dean focuses on abstract paintings and sculptures that reflect a compelling mixture of simplicity, sophistication, tranquility and chaos. His favorite materials consist of “anything I get my hands on,” he says, including metal, cardboard, tile, netting and rope. The artist’s palette favors black–a color he considers “very undervalued”–and he remains loath to use color for color’s sake. “I am not trying to match a couch,” Dean explains. “I use colors that have a psychological effect on one’s emotions.” 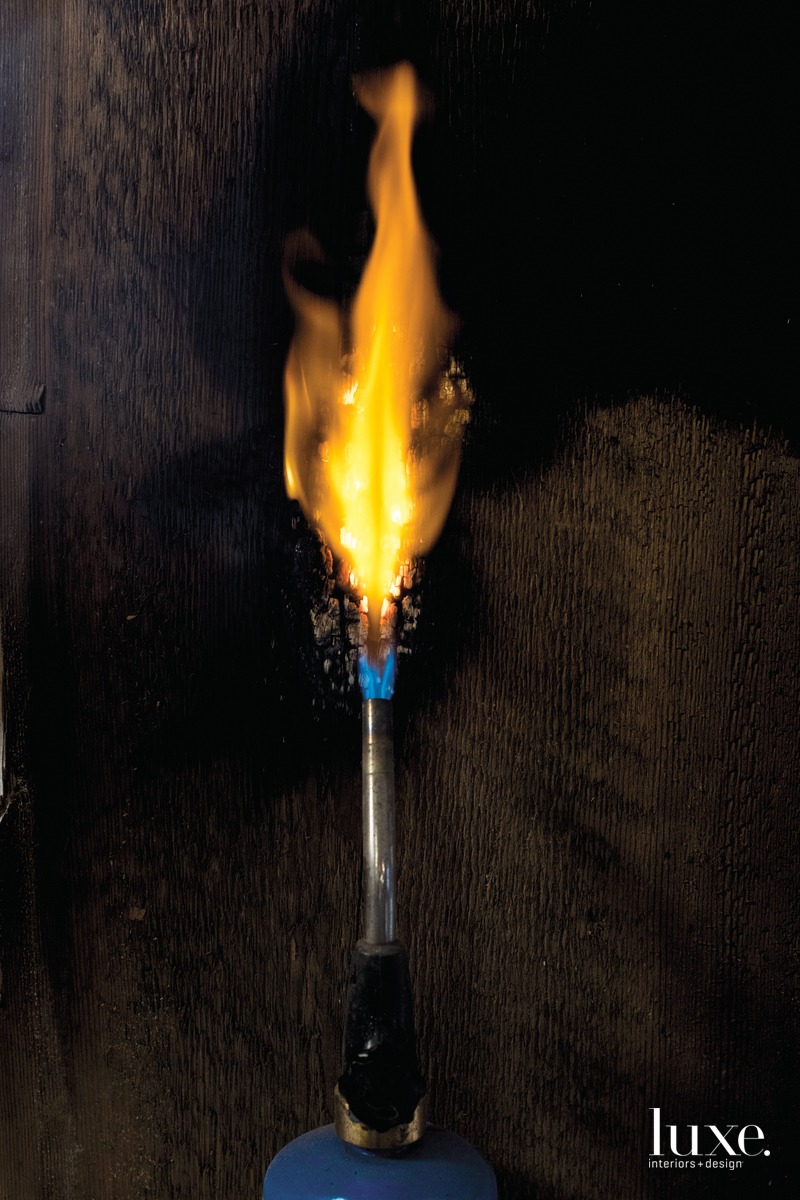 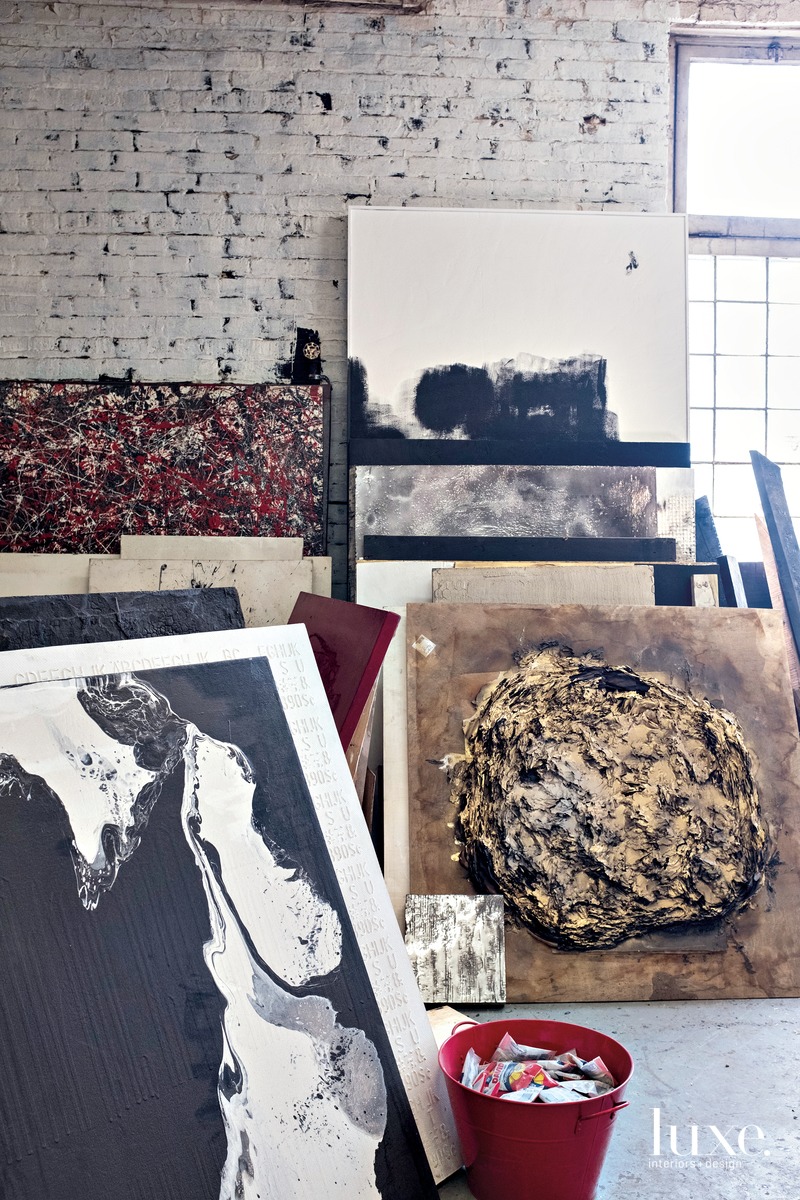 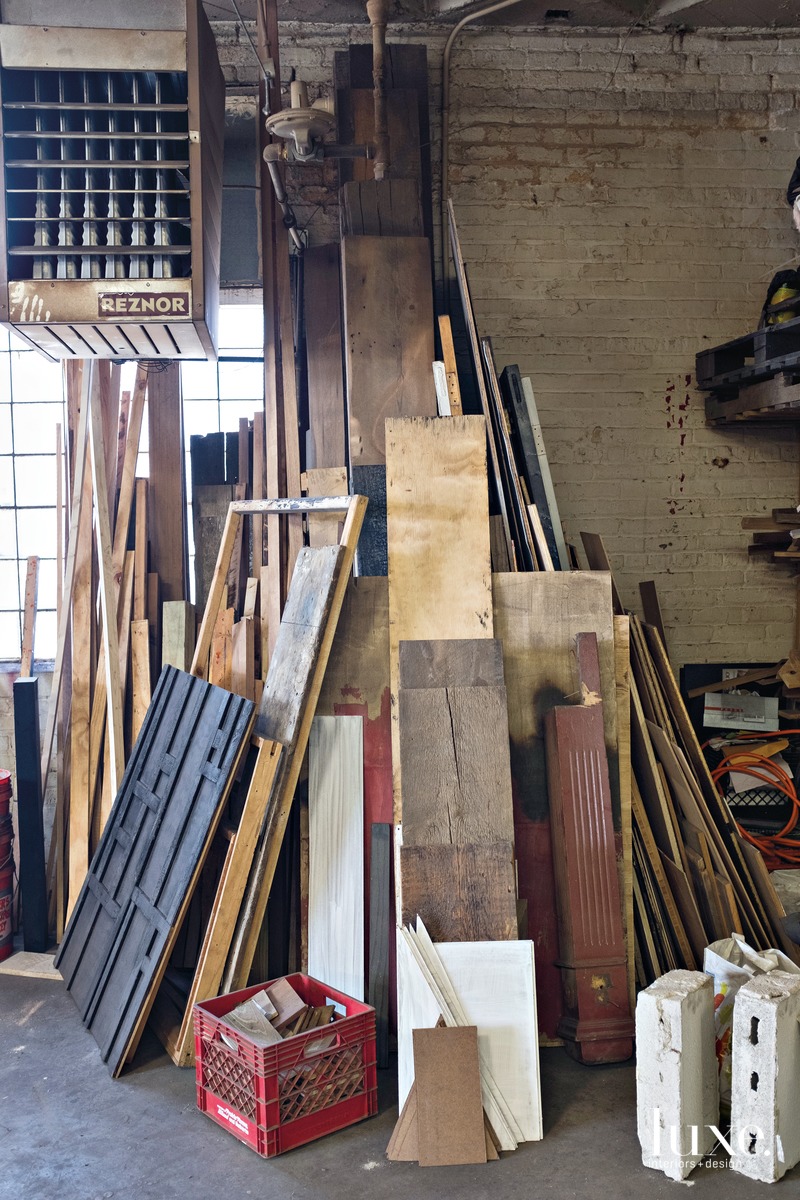 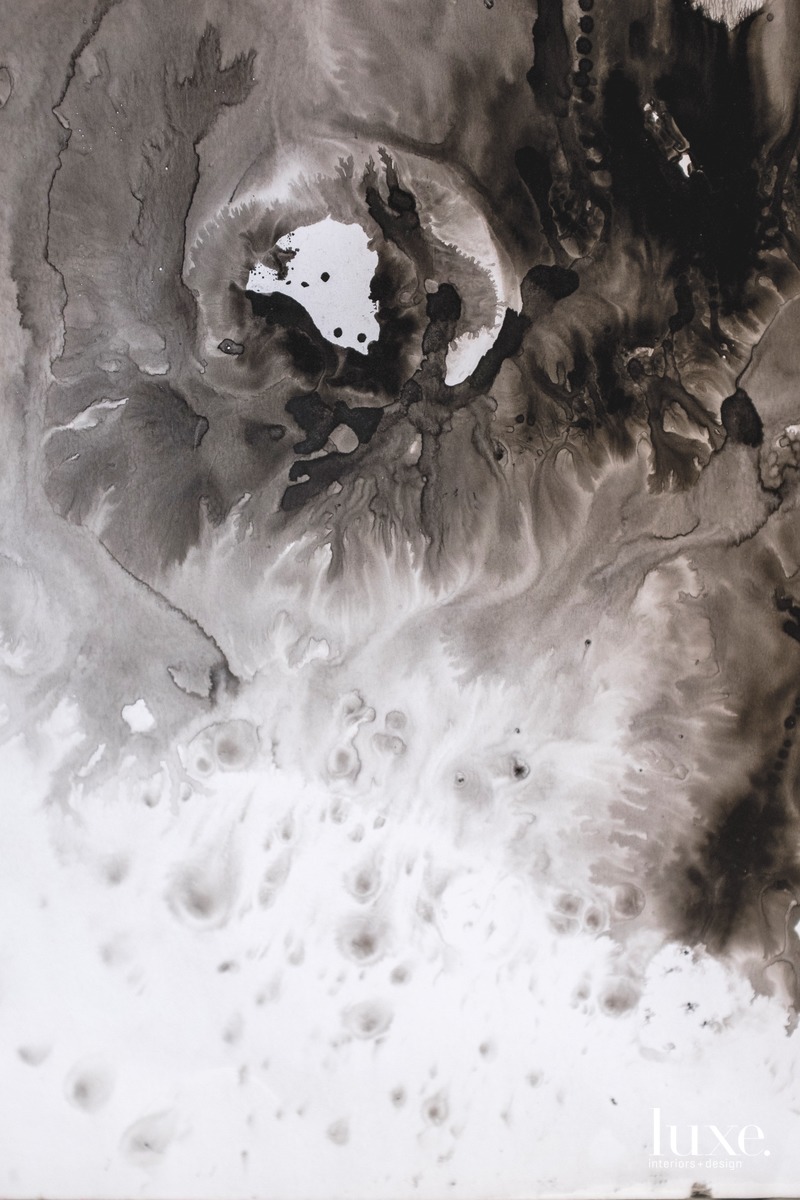 An untitled ink-on-paper piece is part of the artist's Impressions series.

An untitled ink-on-paper piece is part of the artist's Impressions series. 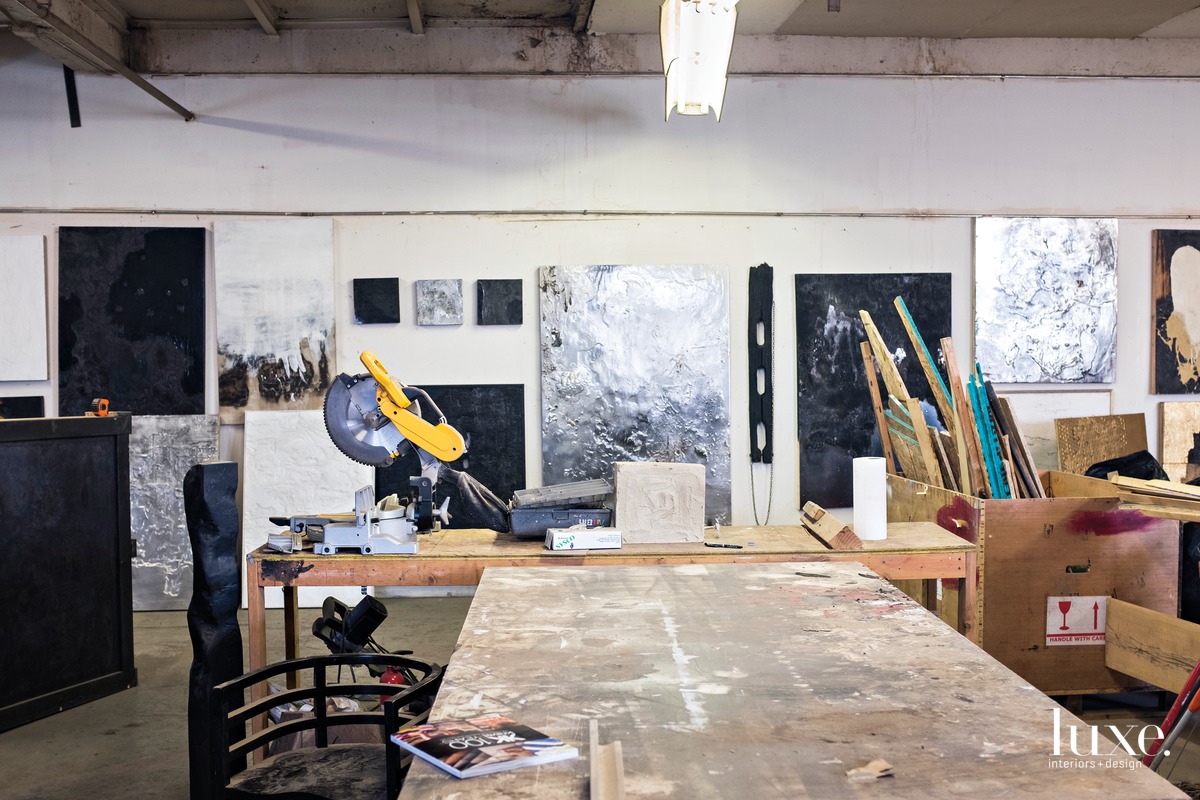 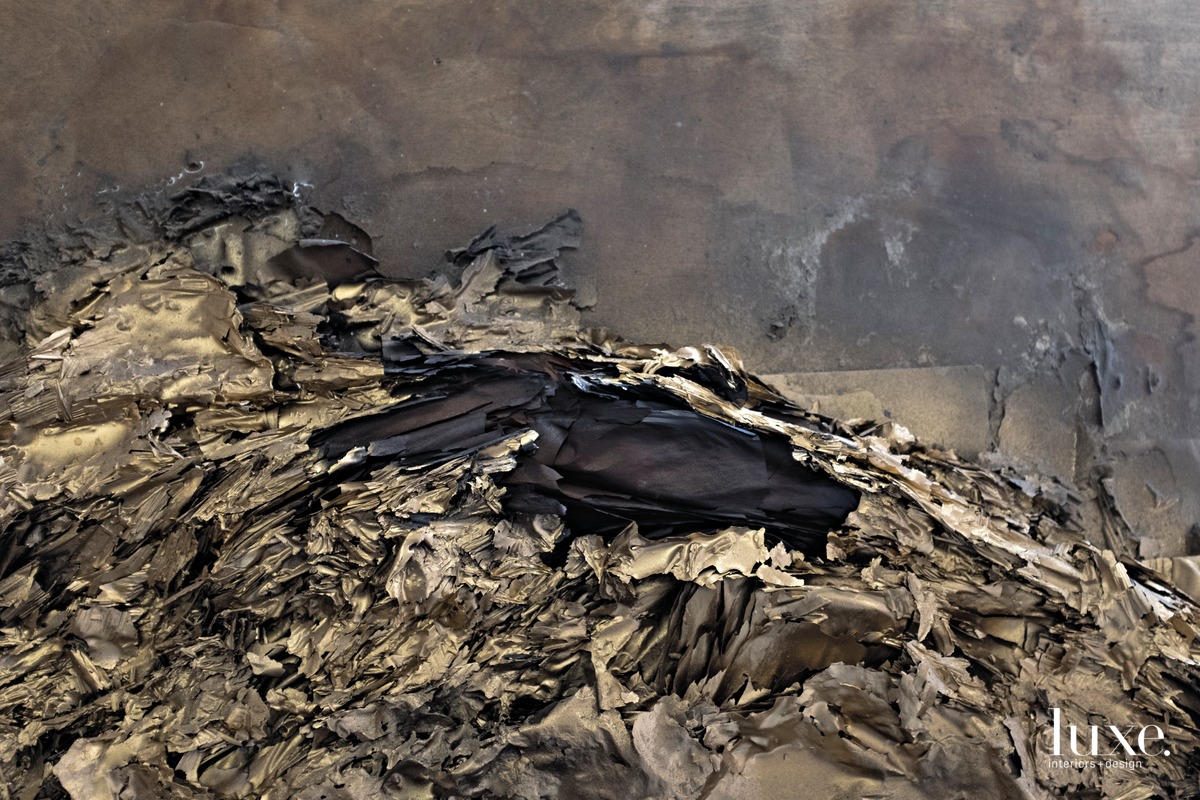 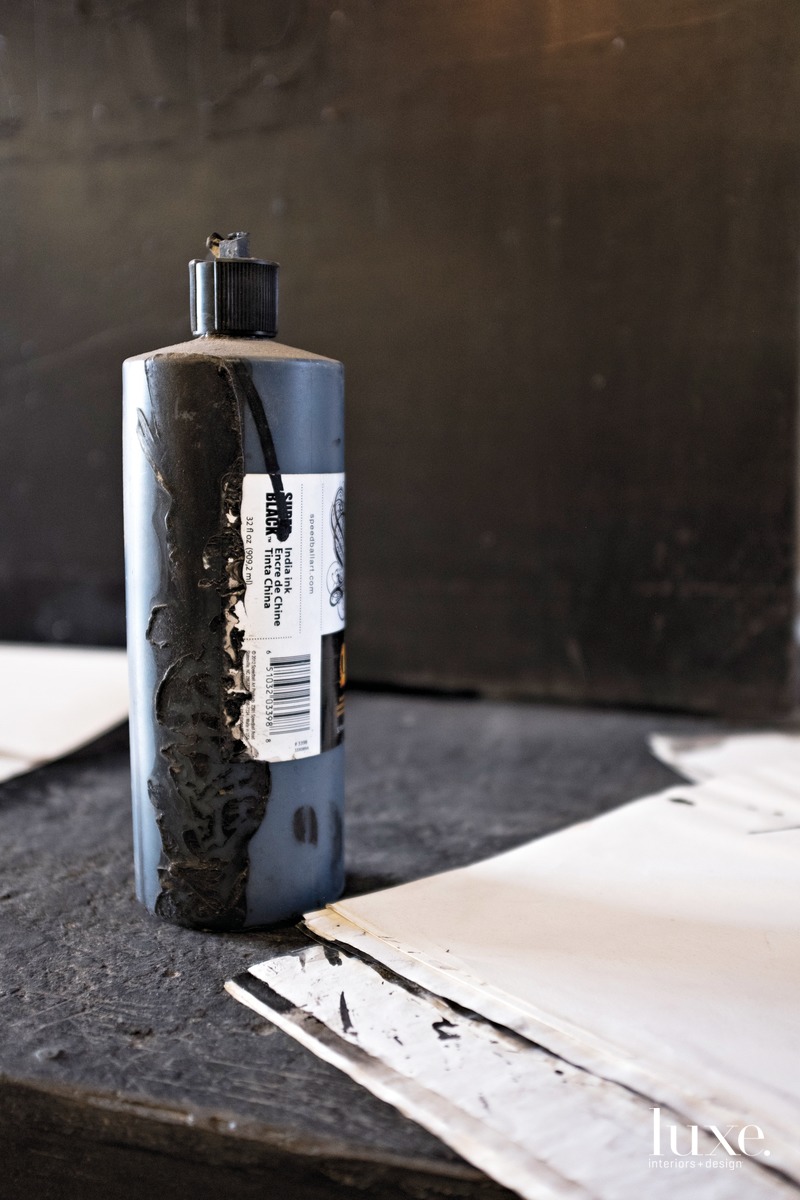 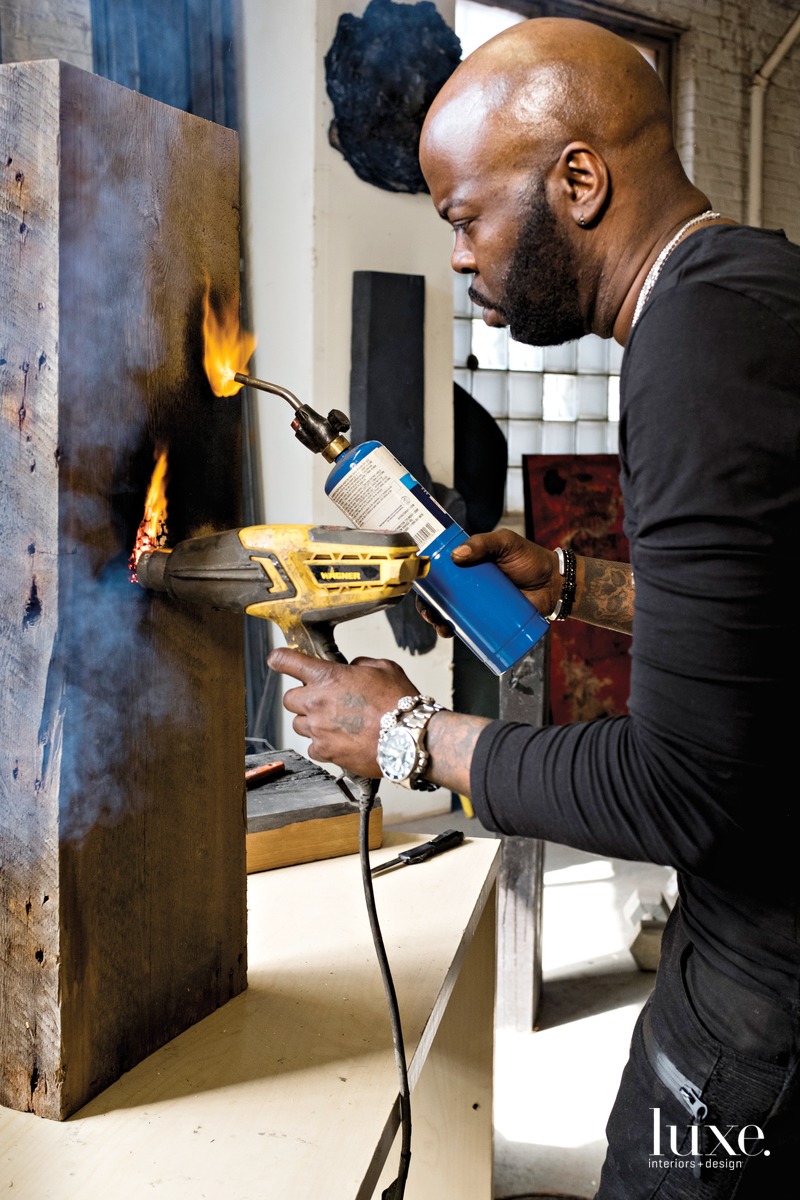 It is this relationship with Dean’s vision and the viewer’s psyche that is key to his artistry. “I enjoy work that needs and inspires contemplation,” he says. “I have no interest in easy, recognizable, non-challenging work. I want to challenge as well as be challenged. I need to be able to exercise my duality.” He points to his use of mixed media–be it sculpture or abstract prints–as examples of this.

A self-described workaholic, Dean carries out his explorations in his Humboldt Park studio, where he spends anywhere from eight to 18 hours a day creating. Lately, the artist has developed an interest in shou sugi ban, a Japanese technique of burning wood to preserve it. “I was a bit of a pyrotechnic as a child, so now I can relive that,” he jokes. Laughing matters aside, Dean sees this process as an acknowledgment of preservation that reflects the Japanese culture. “It’s important to me to use materials that have some form of symbolism that spans various eras in human history,” he explains. “These materials create a form of coded language that, esoterically, initiates a conversation with those who are familiar with these histories.”

Although rightfully proud of all his varied works, Dean is especially pleased by #theselfproject, part of his larger installation “Recto/Verso: Duality of a Fragile Ego,” which is on view at the Chicago Cultural Center through July 29 and traveling to at least 10 cities around the country this summer. The exhibit consists of 10 mirrored pieces, each with a self-reflecting phrase–such as “THIS ISN’T ME” and “I WORKED HARD FOR THIS”–meant to encourage viewers to take and share selfies on social media. “The response to the project has been phenomenal,” Dean says. “Hundreds of people have identified themselves in the phrases in the mirrors and created an immeasurable number of works of art through their participation.”

This audience interaction is what drives Dean, who finds his inspiration in how his productions touch others. “This breeds life in me,” he says. “It makes me dig deeper into my psyche and create. I feel I have a voice, and people have let me know they want to listen.”

Top: Dean sits in front of Number 74, a mixed-media piece on view in his exhibition “Recto/Verso: Duality of a Fragile Ego.”