For decor lovers, the setting of a restaurant can be just as important as its menu. Luckily for Chicagoans, the Windy City has its fair share of design standouts in the dining scene. Consider making a reservation at these memorable establishments. 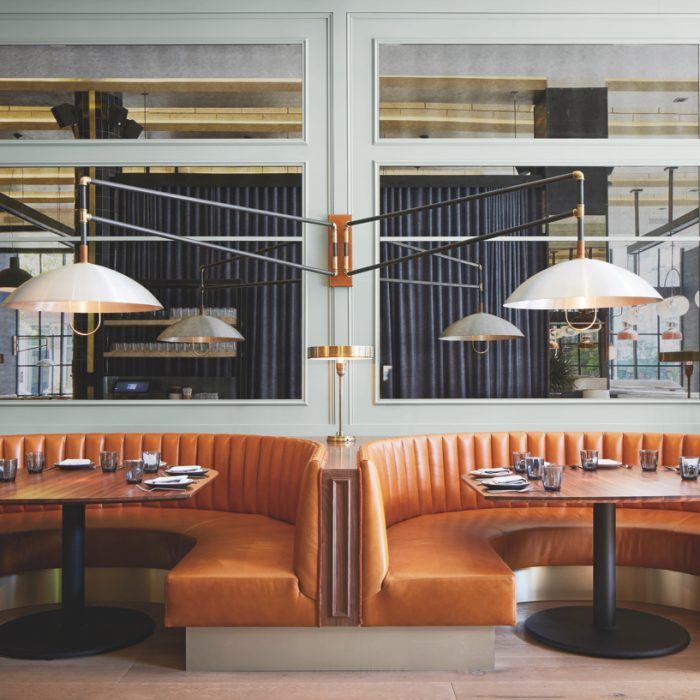 When converting the Werner Printing building this summer into American brasserie Proxi, designers Will Meyer and Gray Davis of New York-based Meyer Davis wanted to embrace the original architecture. “Barrel-vaulted ceilings are uplit and existing columns are clad in soldier-stacked blue tile, with blackened- steel strapping details, inset-tinted mirror and brass detailing,” Meyer says. “The picturesque bar boasts a statuary-stone top and a leather-quilted upholstery front, while a wood-and-brass-detailed back bar has elegant pendant lighting and floors laid with bright blue cement tiles in a custom pattern.” The main dining room is anchored by a long central leather banquette, dimly lit by low-slung warehouse pendants strung from the lofty ceiling. 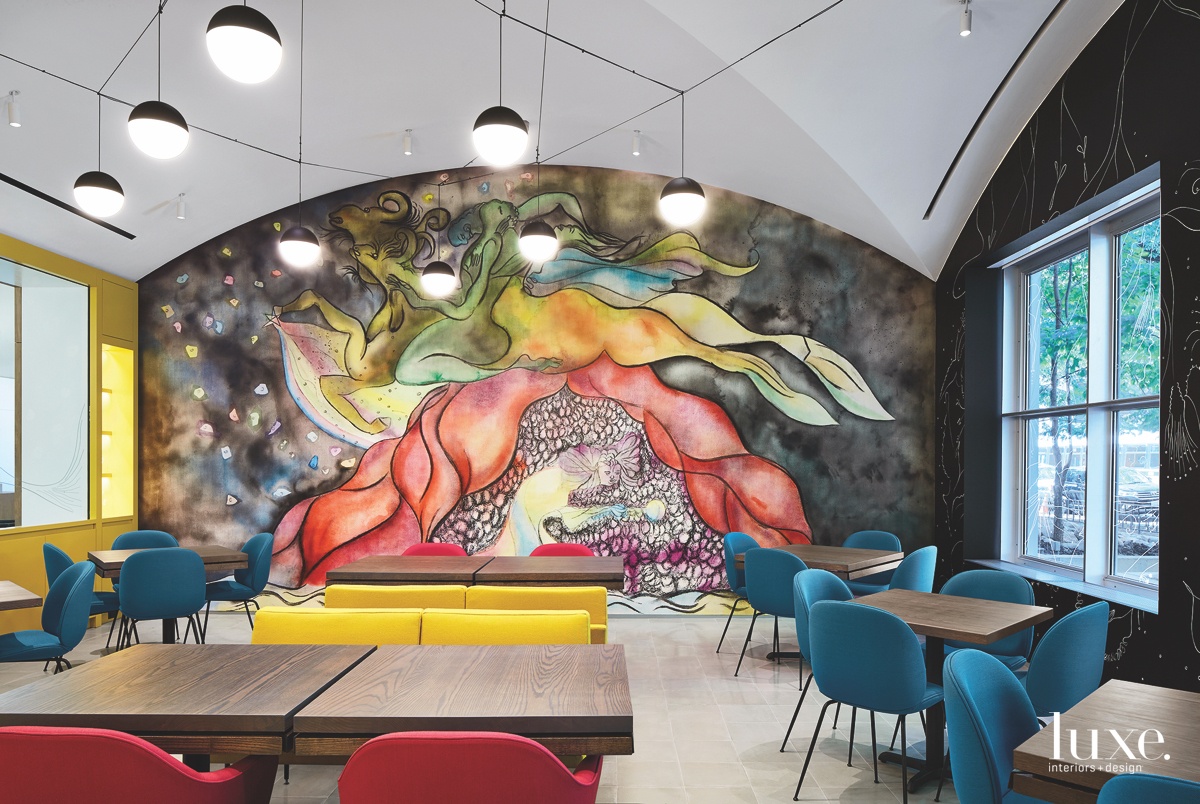 Naturally, notable artworks are on display everywhere at the Museum of Contemporary Art Chicago–even in the institution’s on-site restaurant. The centerpiece of Marisol, which opened in September and was designed by Los Angeles architects Sharon Johnston and Mark Lee of Johnston Marklee, is a mural by Turner Prize-winning British artist Chris Ofili–his only permanent commission in the United States. “It depicts a sorceress sitting in a cave-life form,” explains the museum’s Pritzker Director Madeleine Grynsztejn. “The shape of the cave mimics a rock formation on the edge of the water in Trinidad, where Chris regularly hikes as a way to clear his mind. On top of the cave, three fantastic creatures are overlaid on top of a beast.” The mural, she adds, is the foundation for other design decisions in the space, including the gem-toned seating options. 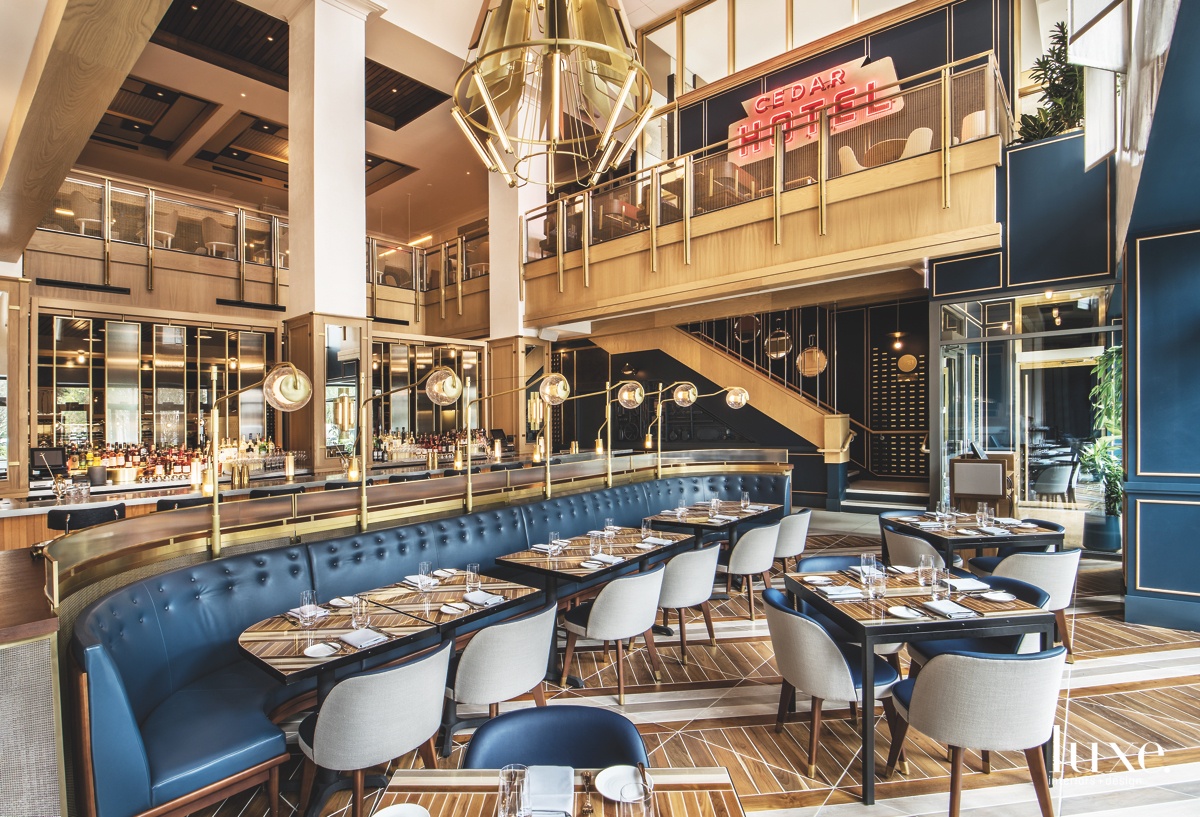 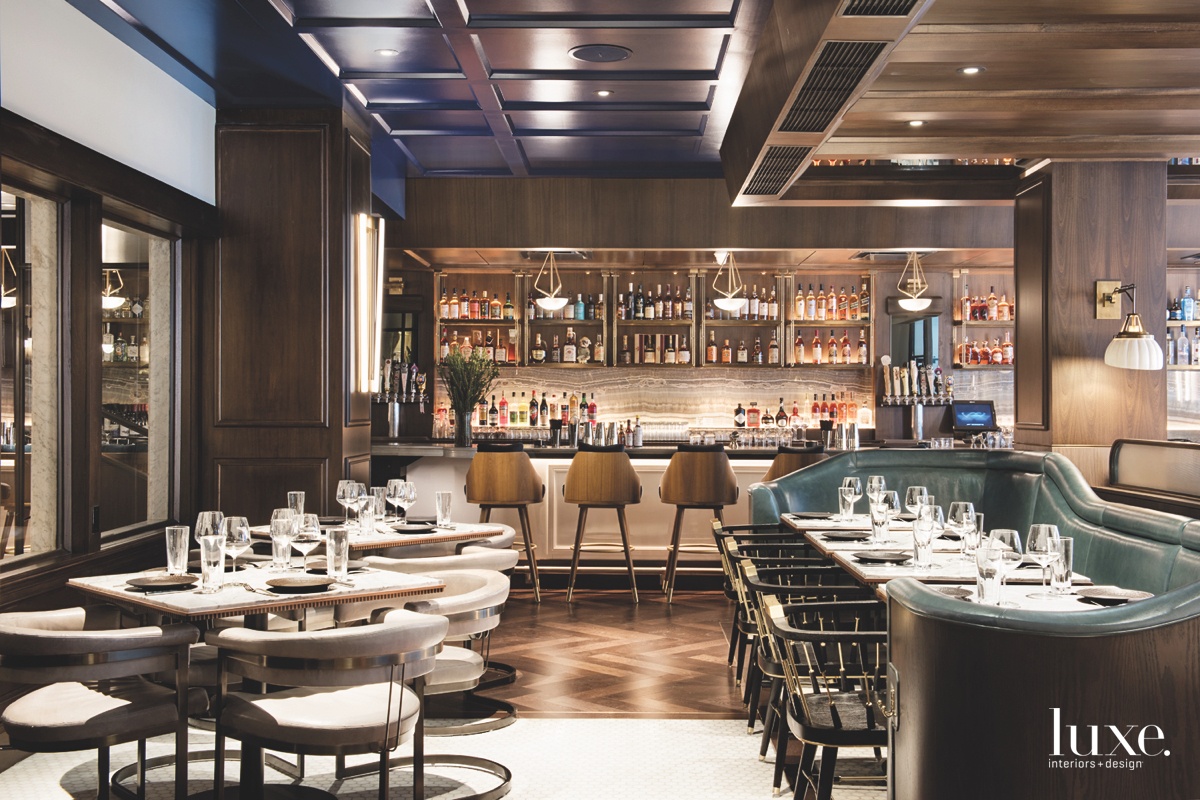 When they were tasked with outfitting Steadfast, the recently opened restaurant in the Kimpton Gray Hotel, Andrew Cohen and Jeremy Levitt–the cofounders of New York’s Parts and Labor Design– brought the fresh perspective for which they’re known. The moody palette of the historic space, built in 1894 by Chicago architect William Le Baron Jenney, represents the building’s classical revival architecture but introduces an air of sophistication. “This is seen through bespoke furniture with dark plush accents and sleek marble, rich woods, polished lacquers and gold accents,” Cohen says. “The richness of the space comes through in the layering of materials, both in varying textures and in the color palette.”