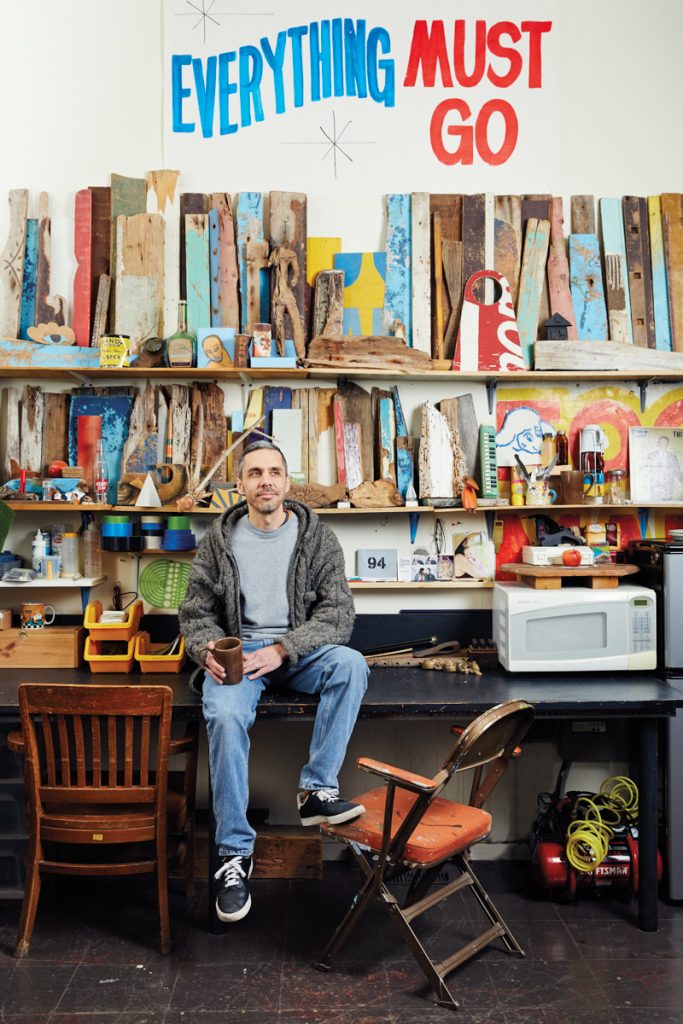 A native of Puerto Rico, Silva, who spent his youth in Chicago, was 10 years old when his interest in art was first piqued–but not by visiting museums or taking an art class. “I witnessed the graffiti painted on the trains in New York City and then Chicago, riding a CTA train,” he says. “I didn’t start doing graffiti on sign postings and buildings around inner-city Chicago until a few years later as a teenager, but I knew then that somehow this graffiti art scene had something to do with me.”

Merging urban skateboarding, hip-hop and art helped Silva connect with other creative talents, which, he admits, “gave me a new perspective that has really informed my art and lit a creative spark in me.” Most of his time now is spent collaborating with interior designers and art consultants in search of unique wall art or gallery pieces. “I do murals and interior installations that are very site-specific, in spaces that are often not yet built,” says Silva. “I work with the design team to make sure everything is cohesive.” Half of his studio space, which is located in an old storefront, is dedicated to working with mixed materials, but his preferred medium is wood. “It can be painted, it’s textural, and the composition and cutting process is very therapeutic to me,” notes the artist.

Silva’s boundless imagination has resulted in a repertoire that includes both two-dimensional collage and three-dimensional sculptures, mostly pieced together using objects found in an alleyway or gathered from various building exchanges around the city. When it all comes together, it’s like a story waiting to be told. In one installation, Silva incorporated his own digitally produced soundtrack to accompany light movements for a multi-sensory experience. “Visual art came first, then music,” he says. “I’m constantly adding new things to the process, so music is another layer and complements the overall outcome.” He also continually challenges himself to maintain a sense of passion and inspiration, noting, “I have the skill set to do just marketable stuff and stay in one mode for a time, but it’s important for me to have some element of the unknown in the mix to keep the creative adventure alive.”

Whether it’s site-specific wall art or public displays, Silva is clear about his intentions. “I try to create visual work that is felt foremost intuitively, in much the same way music is,” he says. “I’m less interested in my audience having a comprehensive understanding of what they are looking at than I am in making people feel like they’re having a rich, substantive experience that shifts them in a positive way.” 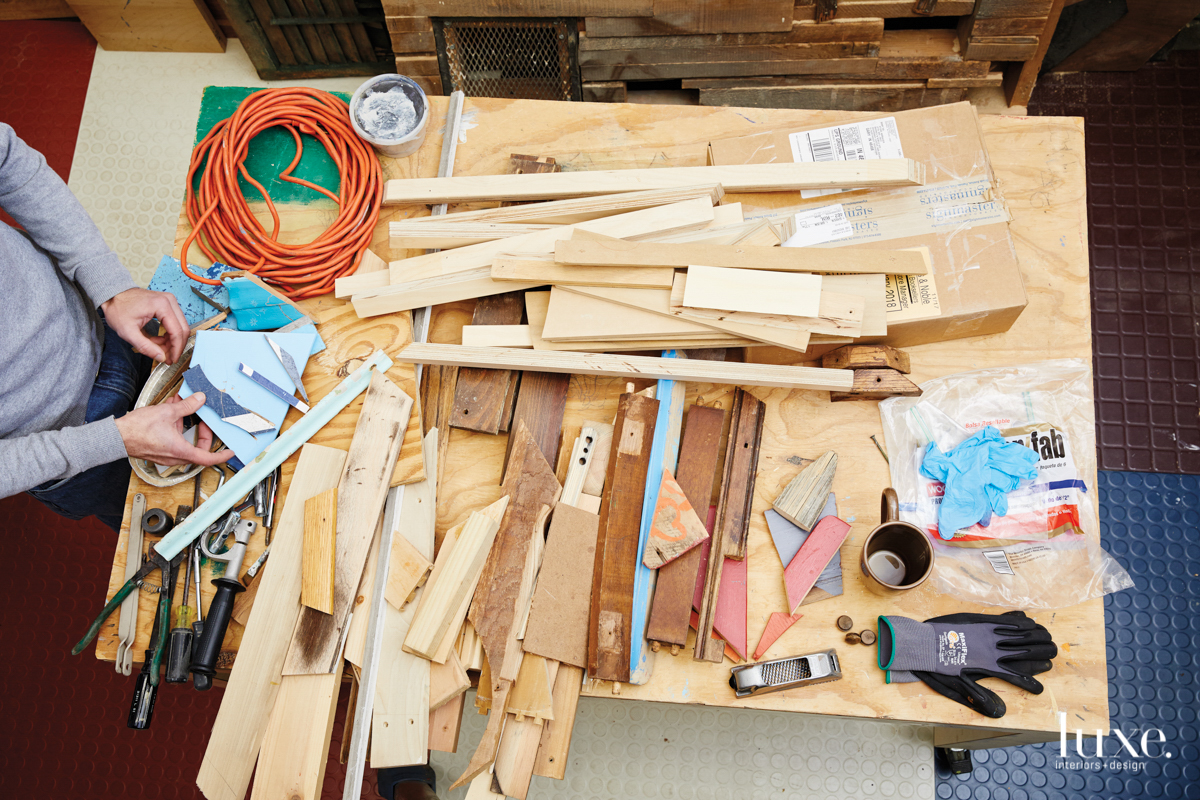 In his studio (top), artist Chris Silva sorts through scraps left over from previous pieces, organizing them by
color to be used in future works. 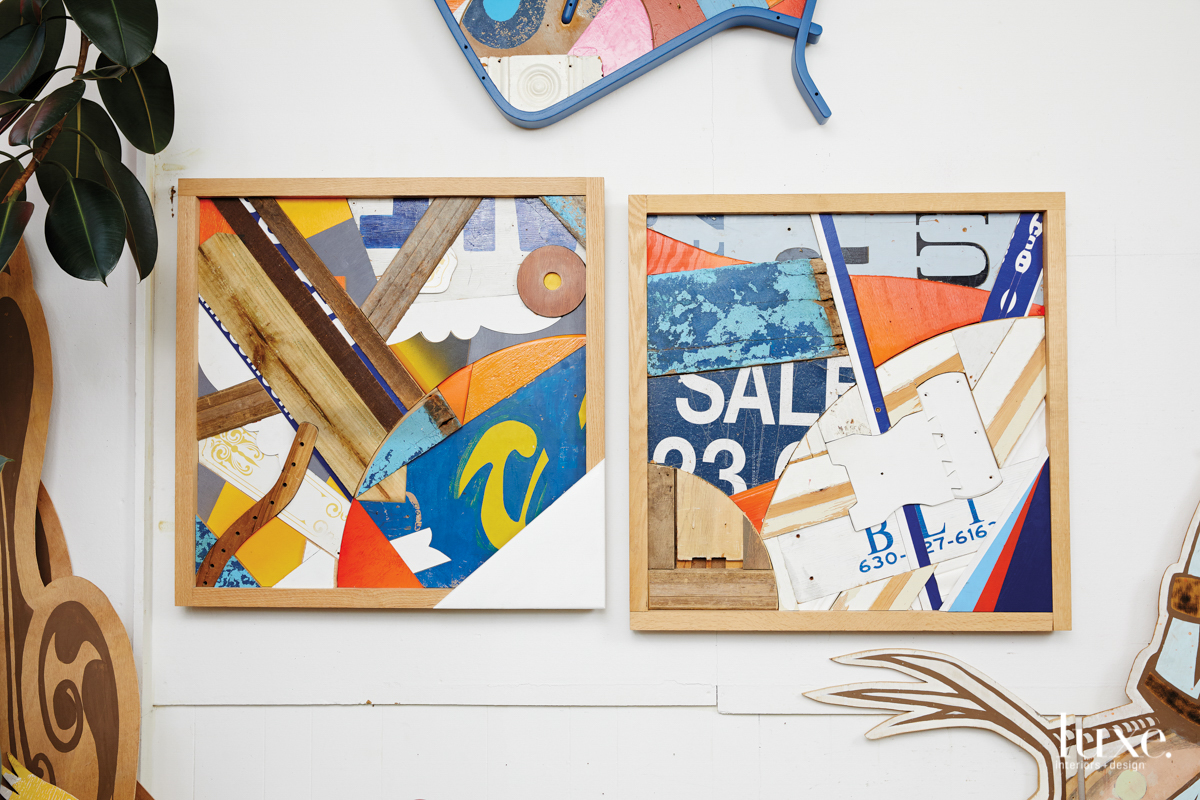 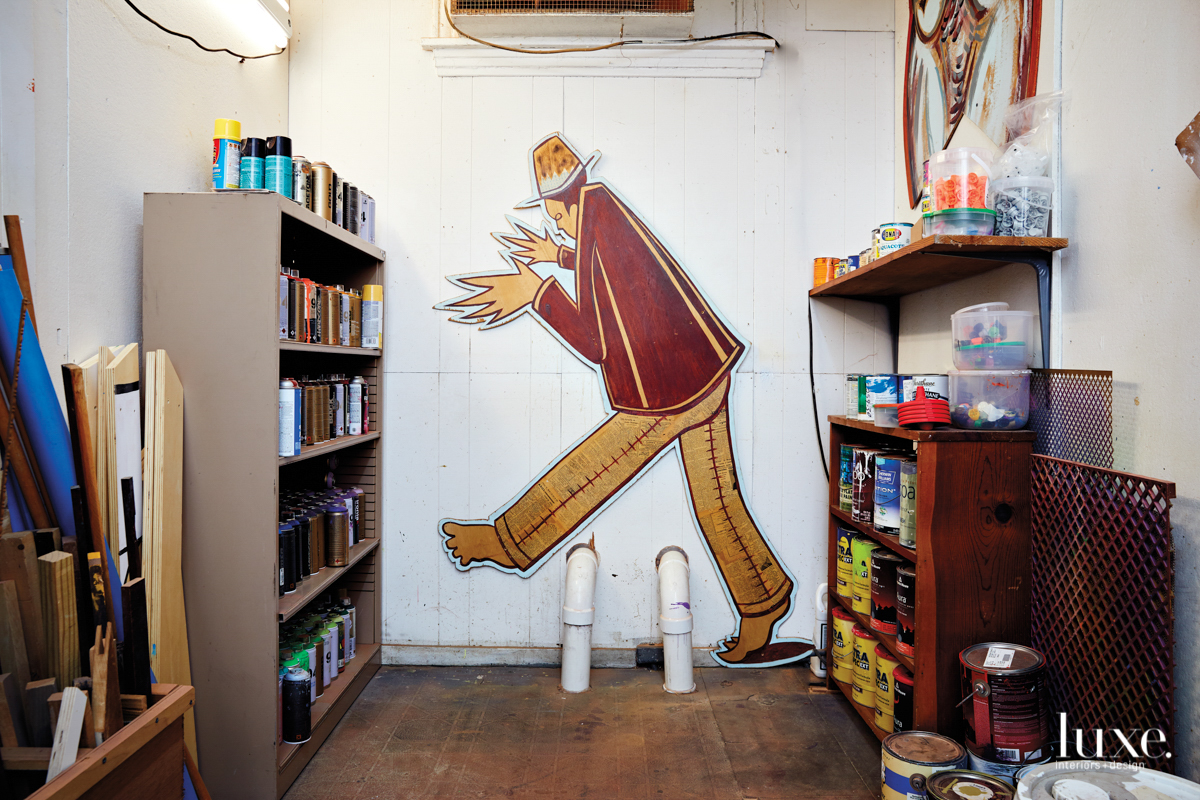 Leaning against the wall is a piece that Silva has incorporated into multiple art installations, although it has no official title, Silva says, “I always think of it as Running Man.”