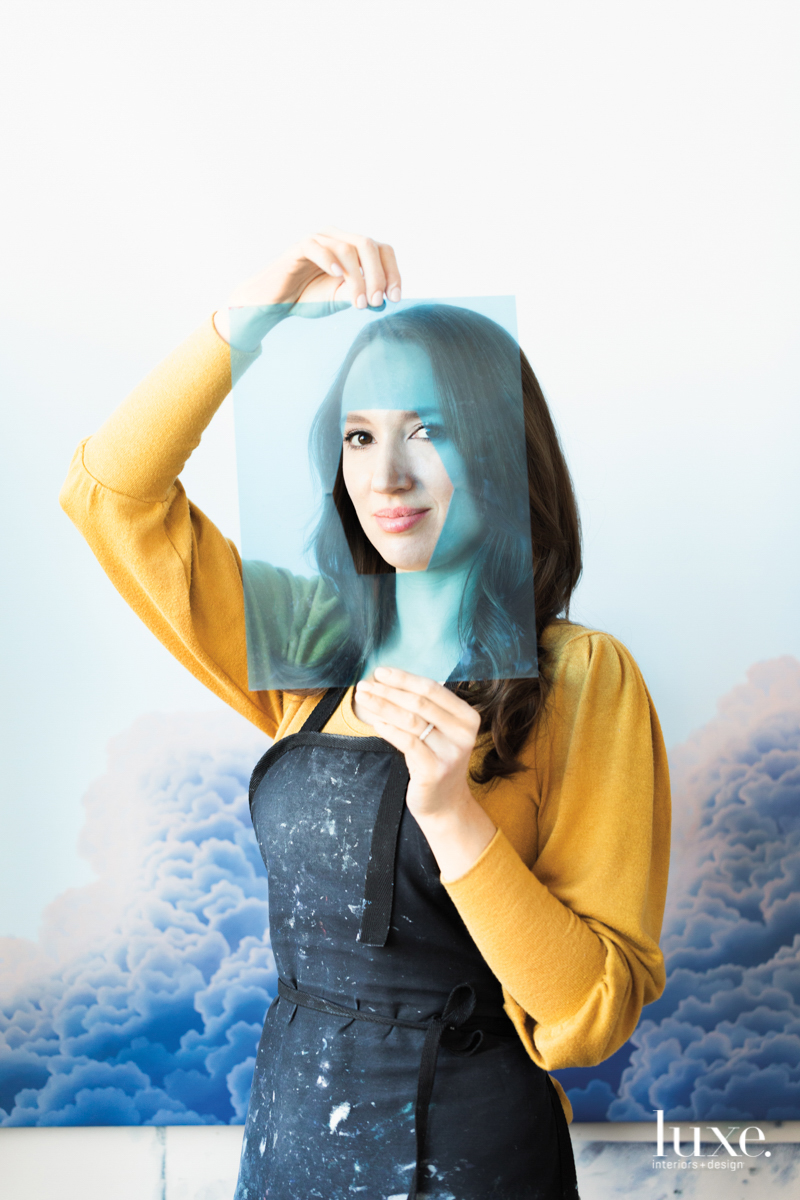 Laura Guese peers out from behind a blue-tinted sheet.

When Laura Guese paints her large-scale works depicting abstract cloud formations, she never starts with a photograph. Instead, she begins with a feeling. “I think the work is more authentic that way,” she explains. For the Denver artist, that work is a meditative process, a mode of expressing whatever emotion is currently gripping her.

Clouds have been a part of Guese’s life since she was growing up under the sweeping skies of the High Plains. Because her grandfather was a meteorologist, names for cloud formations—such as mammatus and cumulonimbus—were a part of her everyday vocabulary. But it was only while she was attending college in Northern California (where she was inspired by the rolling fog) that cloud imagery began to show up in her work. 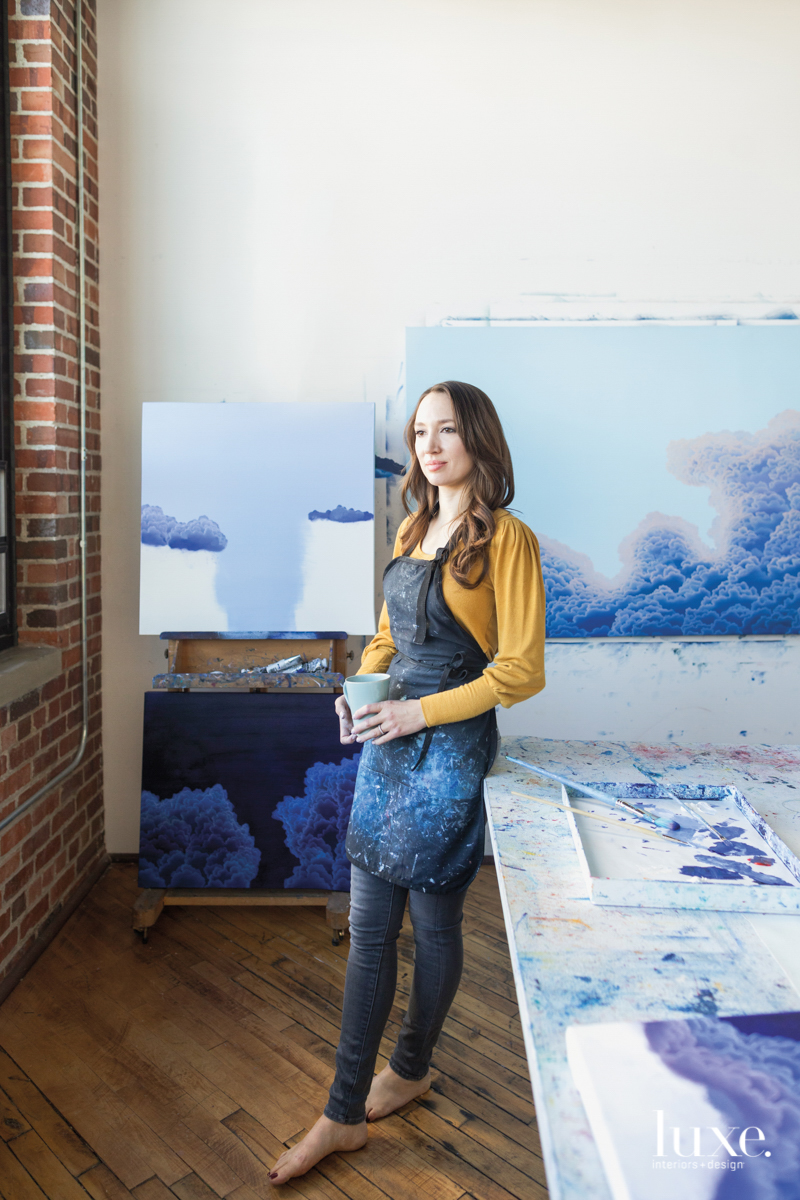 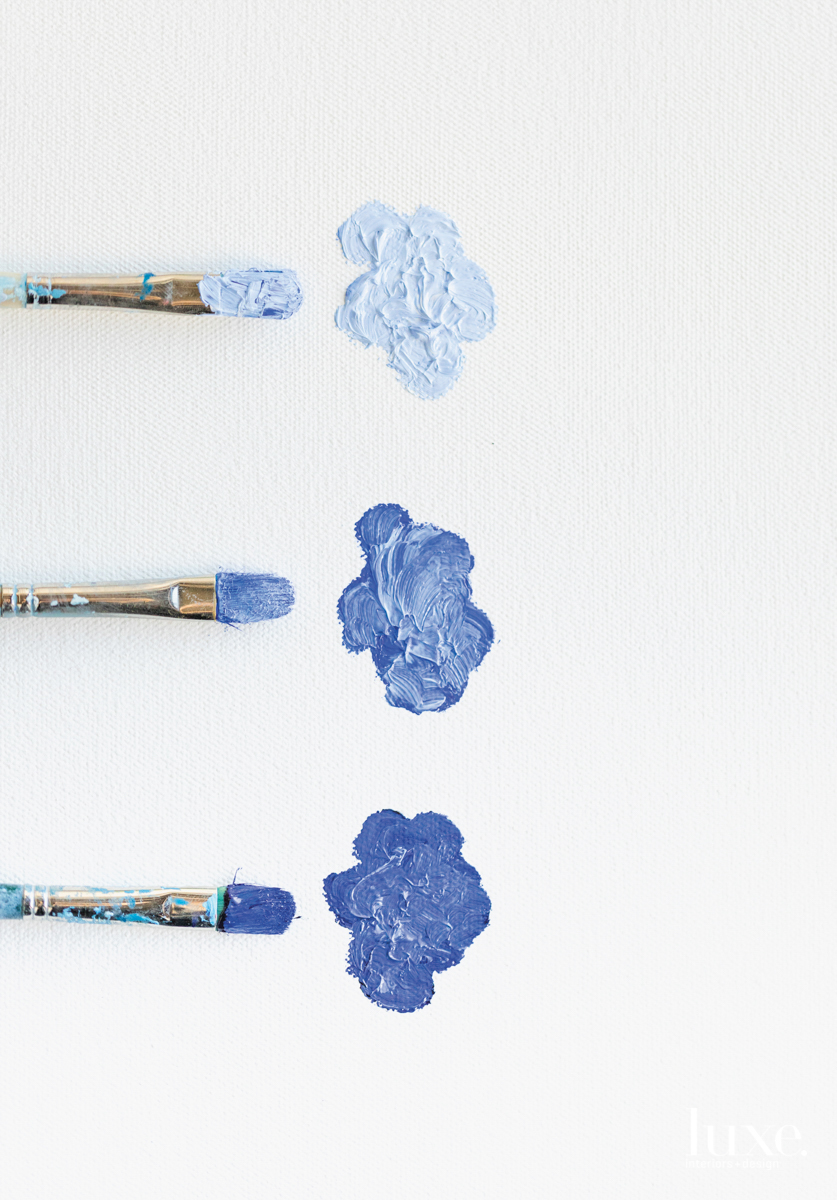 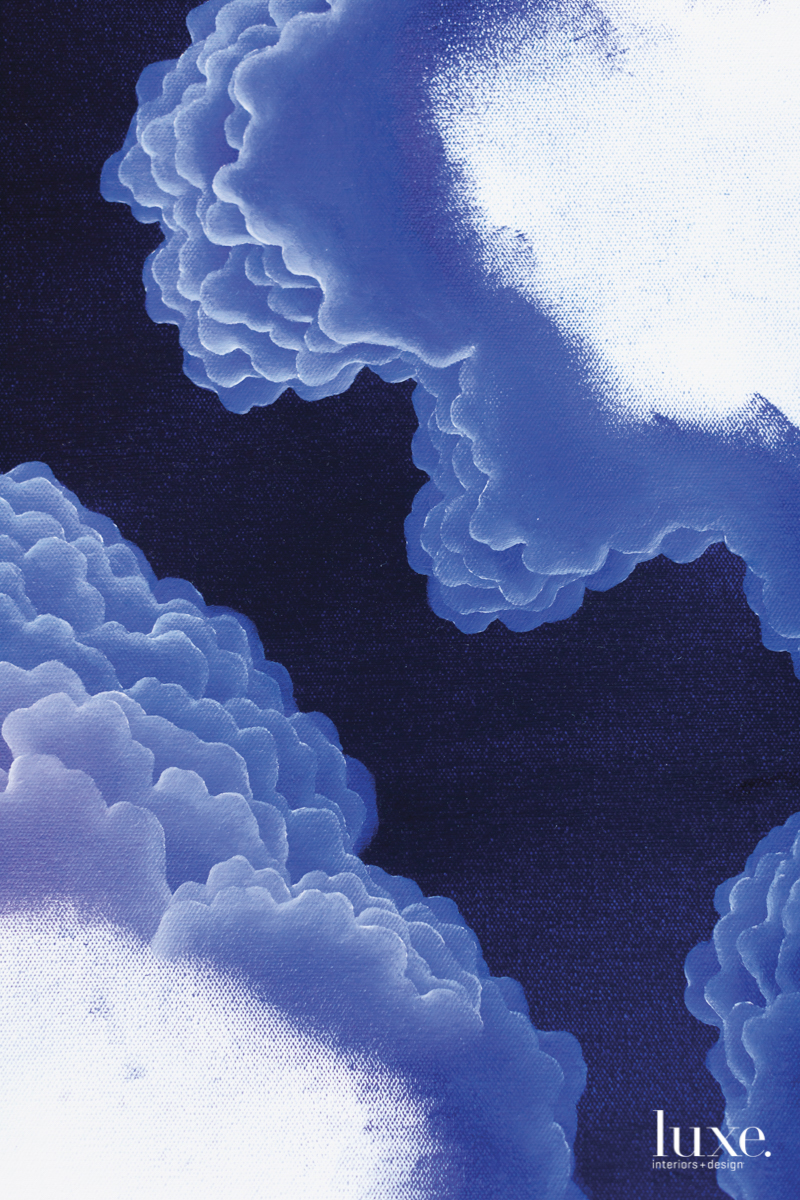 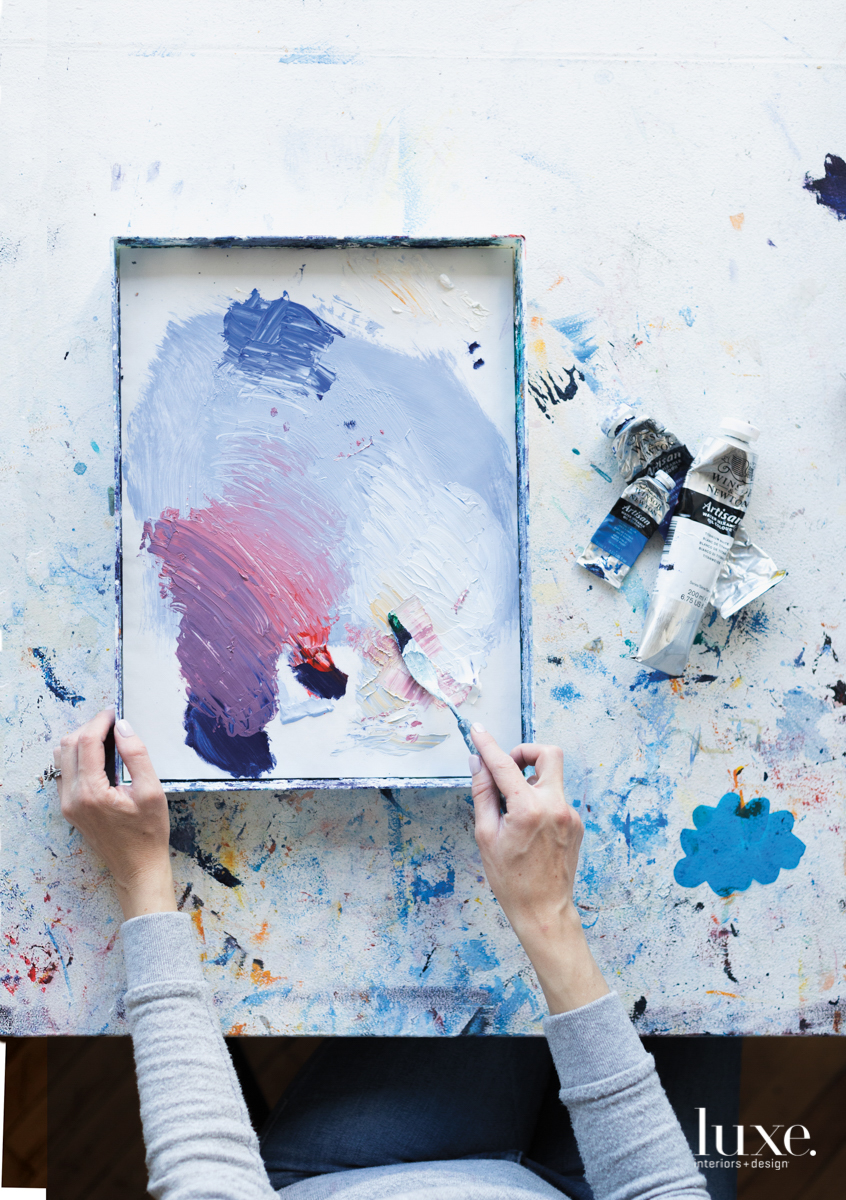 Since returning to the Mile High City about 10 years ago, Guese has made a sanctuary in her River North Art District studio—an industrial space on the second floor of a building that was once a soda factory in the 1920s. The room’s north-facing windows and views of dynamic skies help her subject matter fully materialize.

From here, the artist has a front-row seat at an ever-changing nature show. “I can watch large thunderheads grow and change and shift throughout the day; I am intrigued by how strong and solid they look, but they’re just vapor. They’re otherworldly to me,” she says. For Guese, painting these atmospheric formations is a way to process anxiety or anger, excitement or elation. She adds: “I love to engulf the viewer in the clouds and give them that feeling of being lost for a minute.”

The artist’s complicated technique begins at the bottom right-hand corner of the canvas, with strategic strokes pushing outward and upward to lend the paintings their telltale loftiness. “I usually have four or five brushes in my hands at a time,” she says. Just as her brushwork lifts the downy silhouettes, Guese hopes her works elevate the spirits of their viewers, too—as avid collectors at George Billis Gallery in Los Angeles and Walker Fine Art in her native Denver can attest.

Oil paints give the artist’s larger paintings luminosity, but she occasionally creates smaller works on paper with gouache and pastels. “It’s fun to play around with the layers, and gouache is great for creating hazy atmospheric conditions,” says Guese.

Guese’s mid-career works, a series dubbed “Castles in the Sky,” have somewhat of a surrealist quality. A 2012 artist residency in France was what ultimately cemented her move to abstraction—and also triggered a new preferred palette. Gone are the bold reds and golds of the American West in favor of the soft blues and indigos she’d seen in northeastern France.

Still, a shift to cooler tones hasn’t made the works any less electric. Vividness, Guese says, comes from her use of contrast. “I love the edges, that kind of suggestion of illumination implied by shadow lines,” the artist notes. “It’s a hopeful kind of thing, a reminder of the positive side of life.” A silver lining, if you will.