Luxe taps three design couples to share the personal and professional aspects of their relationships. 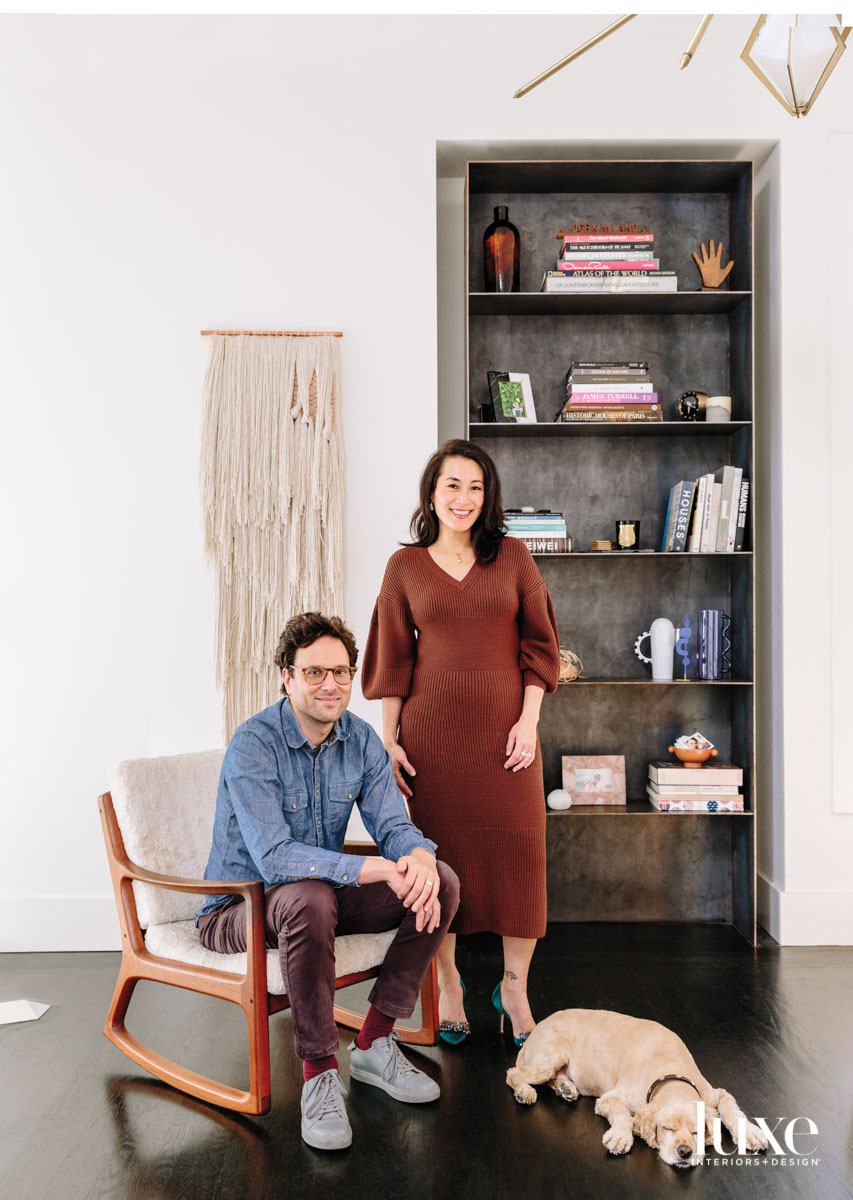 Ben and Susan Work at their San Francisco home with their dog, Toby. (PHOTO: ALANNA HALE)

SW: At first, we were both skeptical about working together. Ben had a new architecture career, but in my interior design practice, I had a desperate need I knew he could fill. For some time he toggled between two jobs. After a while, we asked ourselves: “Are we really going to do this—be married and work together?” We are so aligned in terms of vision, narrative and goals for the client, that in the end it was effortless.

BW: We respond to our clients’ needs and desires, but we are known for a soft minimalism—or, in some ways, a feminine brutalism. SW: I’d be the “feminine” in that phrase. There’s a tension that we think makes projects so exciting—it’s when opposing forces meet. Generally, Ben is more of a minimalist and prefers less adornment. Though I appreciate that, as a designer I like to get in and mess things up a bit. In the end, we value and find meaning in each other’s perspective, and it balances things out.

BW: At work, we don’t have disagreements; it’s more like a merging of ideas. We might have two competing thoughts, but by hashing it out, they eventually merge into one. It’s more of a push and pull than a conflict, and it leads to the best ideas for sure. The end product is so much richer, and more filled with surprise and unexpected elements. SW: We both like to be strategic about lighting, and we always agree on unconventionally shaped rugs, streaky dramatic shadows, sculptural wall art and travertine. BW: She usually wants to put a banquette in every room, and because it’s an architectural intervention in interior design, I agree. 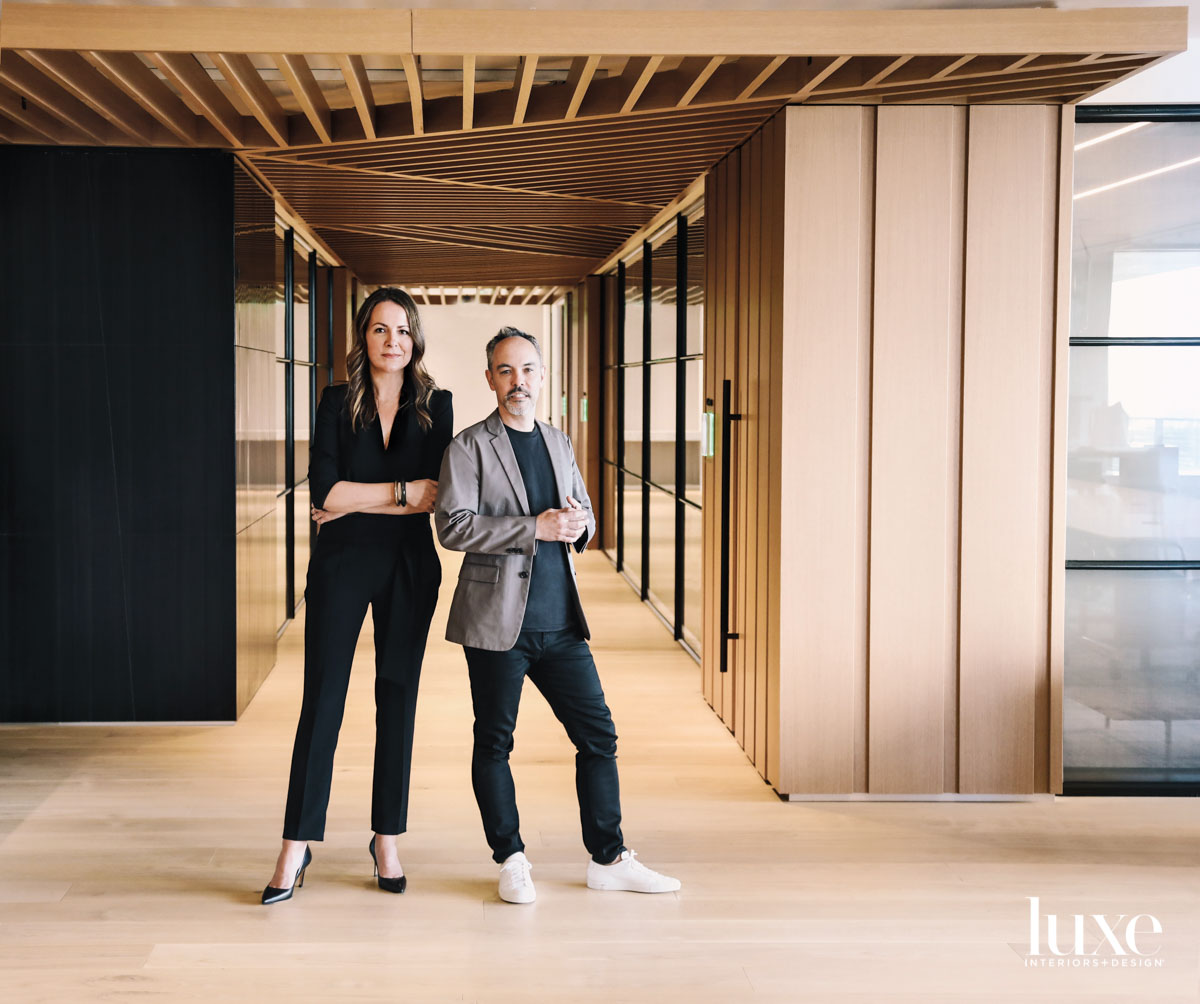 HF: We met in a park in Washington, D.C. She had a Dalmatian, and I love dogs, so I said hello. In truth, I was smitten. A year later, she walked into the architecture office where I was working as a new employee. I was dumbfounded and remembered her after all that time MF: I really didn’t remember him! But we became fast friends. We had a lot in common from the get-go, especially both being architects, and we ended up dating, then marrying and then moving to Los Angeles.

HF: We both have a fascination with Los Angeles architecture and its spirit of experimentation and indoor-outdoor living. MF: I was born on the island of Mallorca, and the Spanish approach to architecture resonates here—it’s a natural, Mediterranean feeling.

HF: Our process is collaborative. We come up with an idea together and pursue it. Married friends ask us how we do it without arguing, and I tell them that when we’re working we never disagree. MF: We have skills that complement each other. Hunter is good at committing to a concept or idea, and never steering away from it. I am good at spatial interactions and interventions.

HF: We seek simplicity. We hew to stylistically simple solutions that have informal derivations and a quiet aesthetic signature. MF: We begin a project by looking at a client’s rituals. We are more interested in what they do every day, and what they appreciate about their daily moments.

HF: At home, Mariapaz doesn’t want anything in the house that is not beautiful. So, the simplest elements can become a project. We had a plastic Brita pitcher, and we wanted something more attractive, so it became a search for the most beautiful glass pitcher in the world. MF: It is hard not to work 24/7. We try to have non-work time, but work does permeate everything we do. To us, it is all one life. 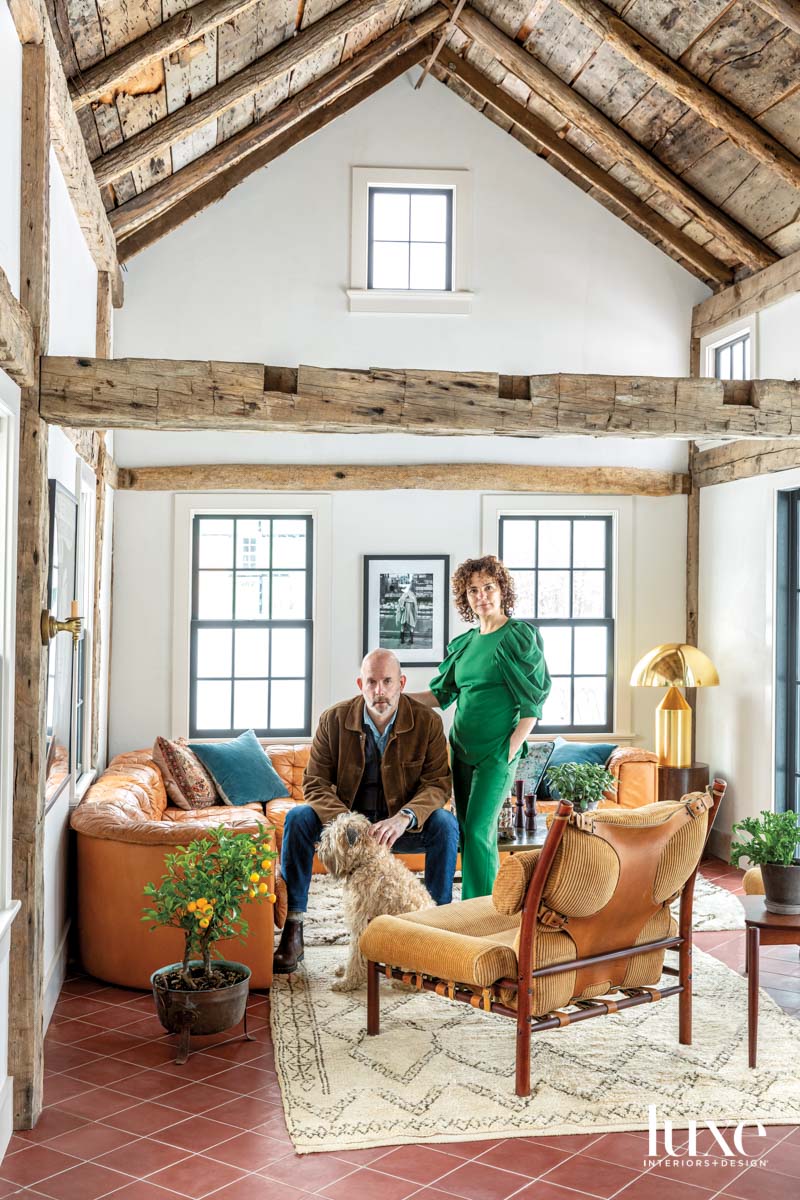 HH: We are both from the same town, Woodbury, Connecticut. We met at my parents’ house—my family was building
a rock wall, and Rafe heard about it and showed up one day. We knew of each other’s families, but we went to different high schools, and we never met before that day. We both moved to New York City a year later and started dating, and we’ve now been married for 25 years.

RC: In college, I majored in sculpture and architecture. But my whole family was in construction, so I grew up in construction— I came to design work as a tradesperson. In New York, I started working on renovations of galleries and loft apartments. HH: I was working in publicity for art museums. But Rafe and I were buying homes, fixing them up and selling them on the side—that’s how we first started working together. It was my hobby before it became my full-time job.

RC: In 2003, we got our first opportunity to work together on a project for someone else. It was what we called the “New Farmhouse” in Sharon, Connecticut. Heide joined me officially halfway through that project as an interior designer. A lot of firms offer just architecture or just interior design—and working with another firm can be a careful dance, making sure you don’t step on any toes and that you are speaking the same language. We have the advantage of speaking the same language.

HH: When it comes to style, I’d say he’s more adventurous, and bolder with colors. I’m bold when putting things together; like hanging a Renaissance painting next to a modern Abstract Expressionist painting. RC: I’d say we are on the same page. After 25 years, we can walk into an antique shop, and she will be able to pick out exactly the things I like. 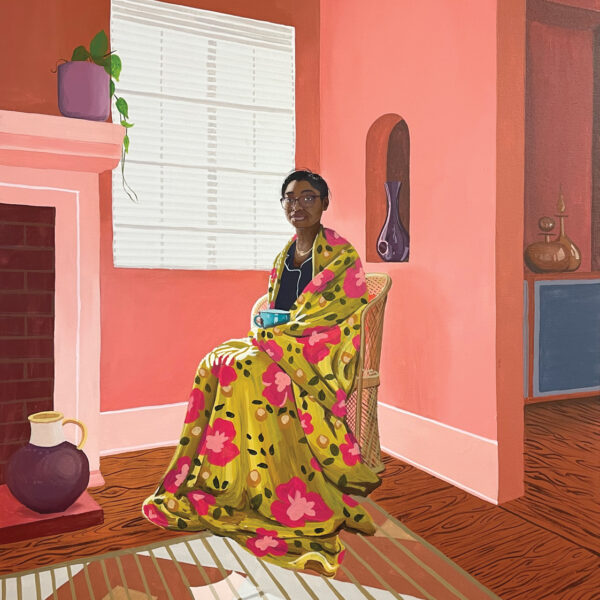 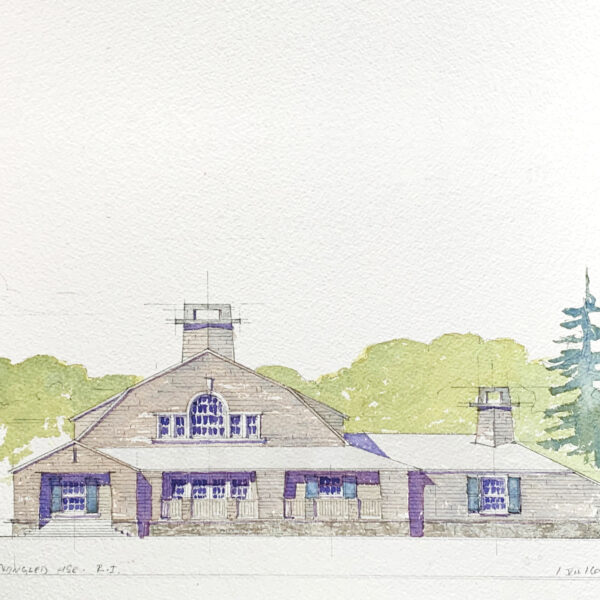 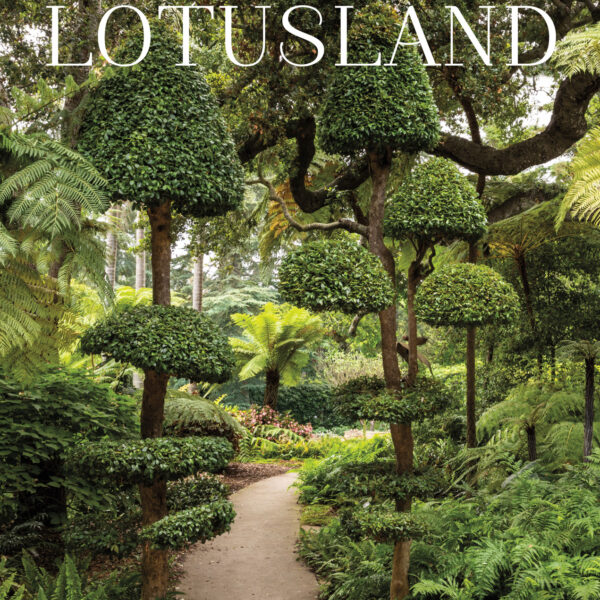 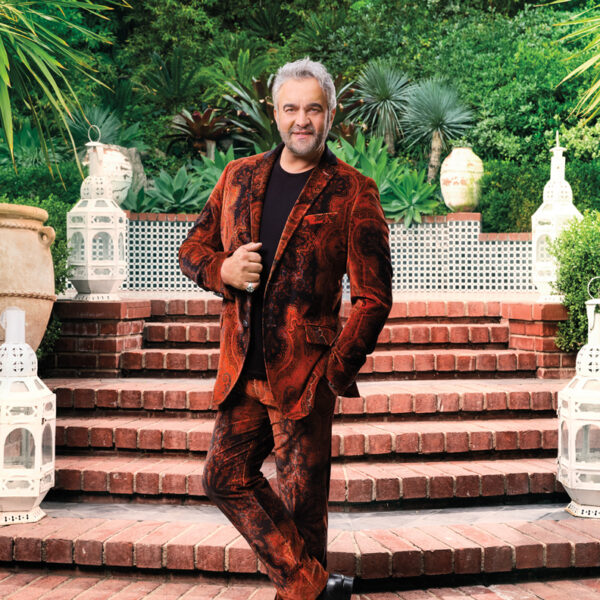