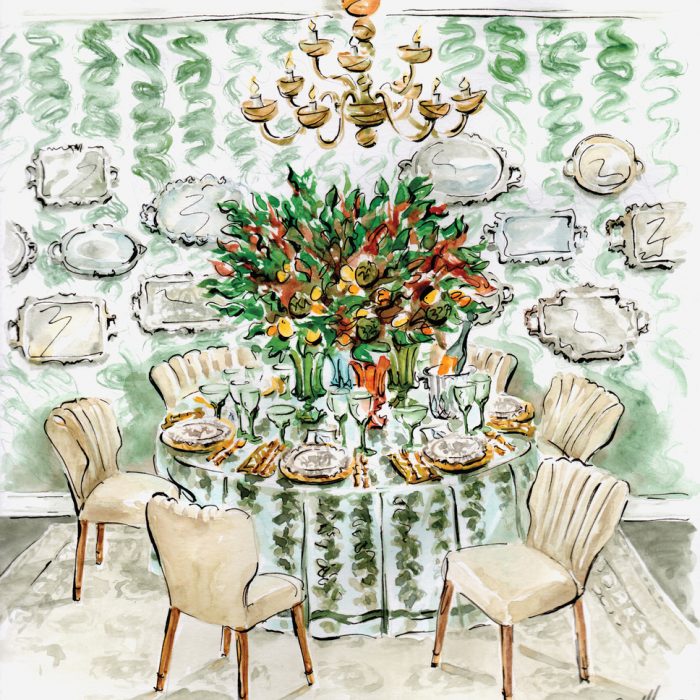 While working as a fashion designer for Ralph Lauren, B. Russell Melzer‘s evocative illustrations caught his eye, and some were published. Then a few years ago, after a designer friend asked the Westport, Connecticut, artist to create a rendering of a show house, news of Melzer’s talent began spreading within the design community.

Now she creates watercolors of interiors for such designers as Jane Ellsworth and Robert Passal. Her goal is to convey the feeling of a space.

“Often, what the designer wants is a room that is a concept–it does not exist yet,” Melzer says. “They provide me with swatches and sometimes a diagram and links to the furniture they’re going to use. I don’t use a ruler, and I don’t make the perspective exact. I want it to be a vision.”