What would it be like if you could visit your favorite architects at home? These famous domiciles-turned-museums provide the answer to nearly every design lover’s most burning question. 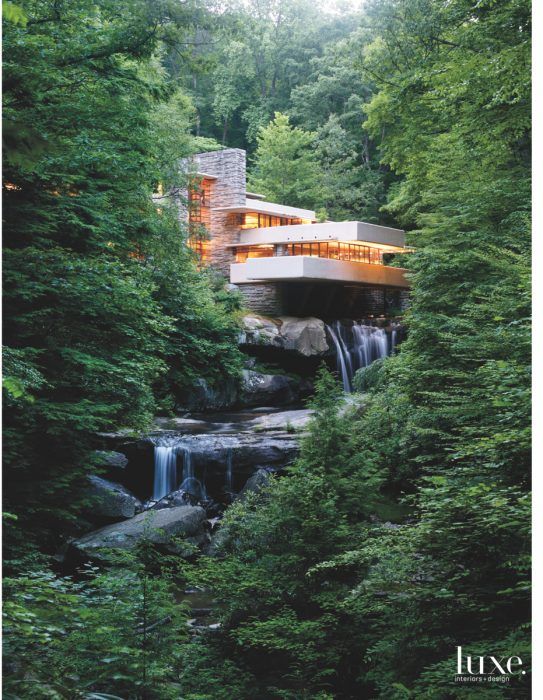 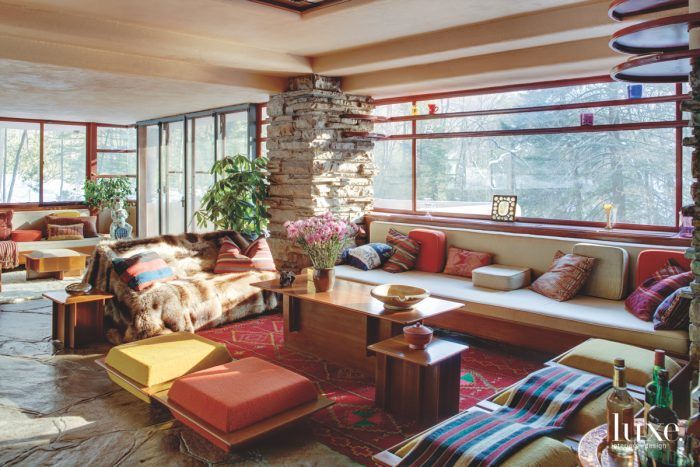 Probably the best-known residence on our list, Fallingwater is a testament to everything architecture enthusiasts have come to love about Frank Lloyd Wright: attention-grabbing design that works with and not against its environment. Designed for department-store magnates, the Kaufmann family, Fallingwater is currently the only Wright-designed house that is open to the public with all of its original furniture and artwork on display precisely as they appeared upon the residence’s completion in 1939.

REASON TO VISIT: Thanks to the Western Pennsylvania Conservancy, in collaboration with local arts and architecture organizations, the house provides a variety of immersive, educational experiences through a series of lectures and residencies–so it’s perfect for Wright fans who want a more in-depth look at the architect’s creative process.

The final home of legendary husbandand-wife design duo Charles and Ray Eames, this midcentury jewel box was a veritable creative playground for the couple thanks to its two-box modular structure: one of which contained their living quarters and the other which functioned as a working studio. Constructed in 1949, the building boasts a limited material palette of glass and steel with warm wooden accents throughout the interiors and pops of green from the verdant environs.

REASON TO VISIT: If you’ve ever had the inclination to celebrate the bygone wedding of an envy-inducing couple you’ve never met, each year the Eames Foundation–which is responsible for the supervision of and conservancy efforts for the Pacific Palisades home–hosts a Members Appreciation Day during the week of June 20th, Charles and Ray’s anniversary, complete with guided tours and juried design competitions. 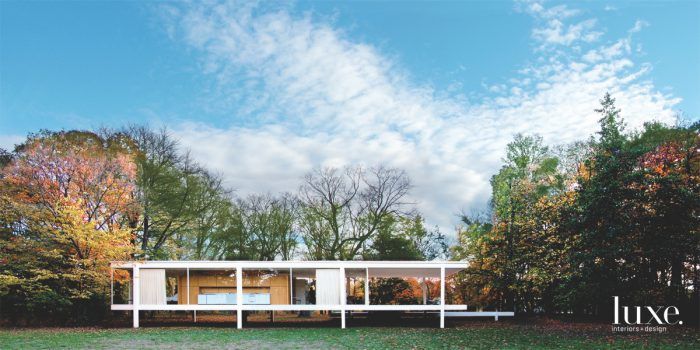 One of only three residential homes in the United States designed by Ludwig Mies van der Rohe, the Farnsworth House is considered to be one of the purest examples of the pioneering architect’s bare-bones modern style. Comprised of one sole room, the weekend retreat was originally designed for prominent Chicago nephrologist Dr. Edith Farnsworth with floor-to ceiling windows that facilitate an easy communion with nature.

REASON TO VISIT: You’ll want to make it out to this handsome piece of architectural history before it gets the full Hollywood treatment: Actors Jeff Bridges and Maggie Gyllenhaal have recently signed on to appear in a feature film that will fictionalize the highly-speculated-upon relationship between Farnsworth and Mies van der Rohe that developed during the home’s construction. 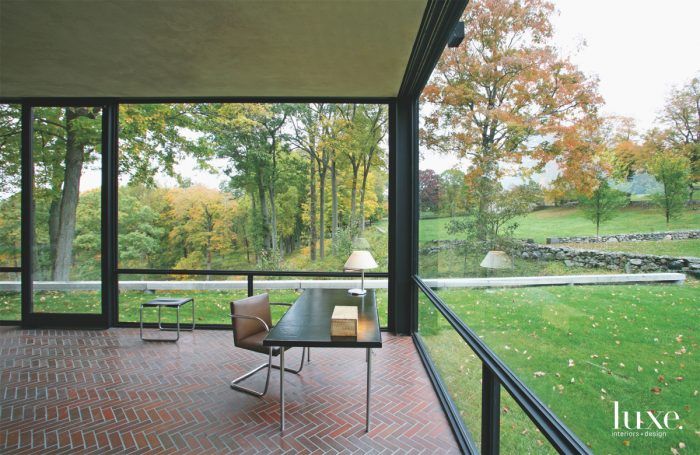 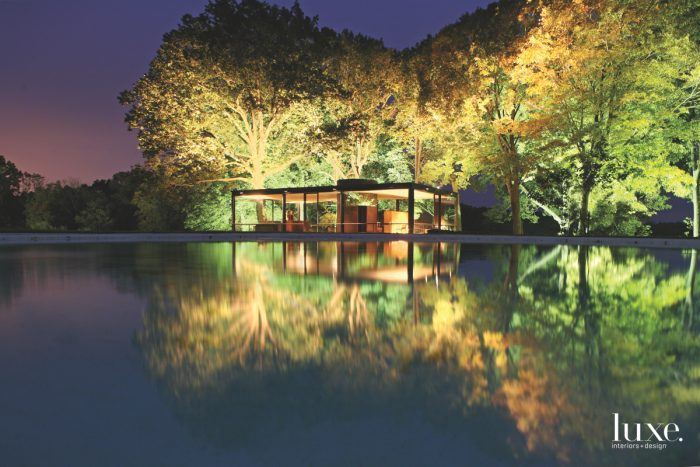 While The Glass House is only one of 14 structures on late architect Philip Johnson’s massive 49-acre property in Connecticut, it’s easy to see why it’s also the most beloved: its wallless construction makes it feel more like a dream of a house than a house itself. For all its avant-garde flourishes, though, its interior provides a fairly traditional living space inhabited by Johnson himself when he was in residence there from 1949 to 2005.

REASON TO VISIT: Although the house is only open to the public May through November, it makes up for lost time with a near dizzying schedule of events and art exhibits. Last year’s landscape installation by the artist Yayoi Kusama, for example, transformed the property’s newly restored pond into a fluid art gallery thanks to the addition of 1,300 floating steel sculptures. 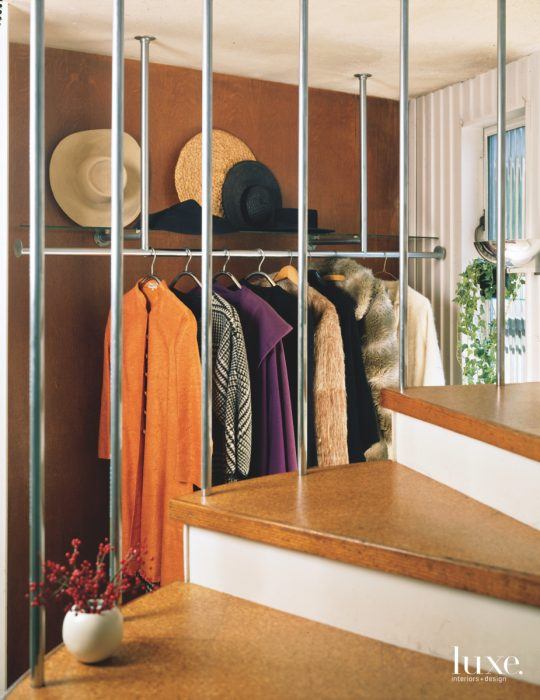 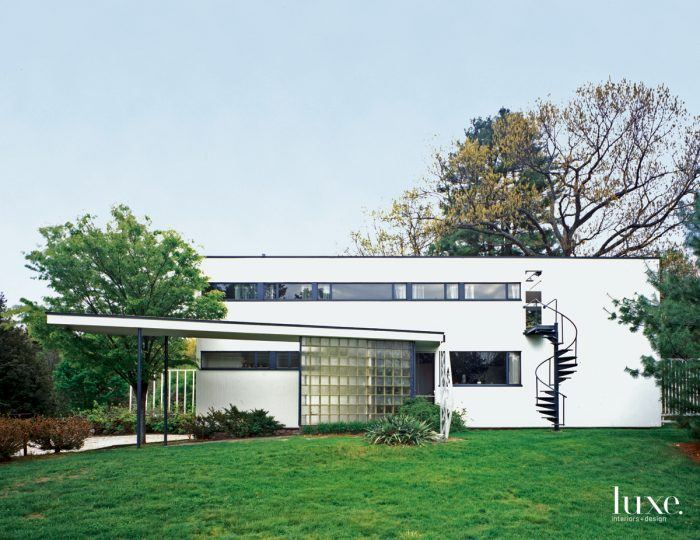 The name of German architect Walter Gropius is nearly synonymous with the movement he is widely regarded to have founded: Bauhaus. And the home he built for himself and his family in Massachusetts may well have been the structure that helped cement the style as part of architecture’s canon. Built in 1938, the house blends traditional New England architectural elements like wood and brick with modernist materials like glass, plaster and chrome and today feels like a perfectly preserved time capsule.

REASON TO VISIT: The Gropius House is a sight to behold any time, but when admired at night thanks to monthly events hosted by Historic New England, the organization responsible for the conservation of the property, the home is transformed by the architect’s own innovative lighting scheme.