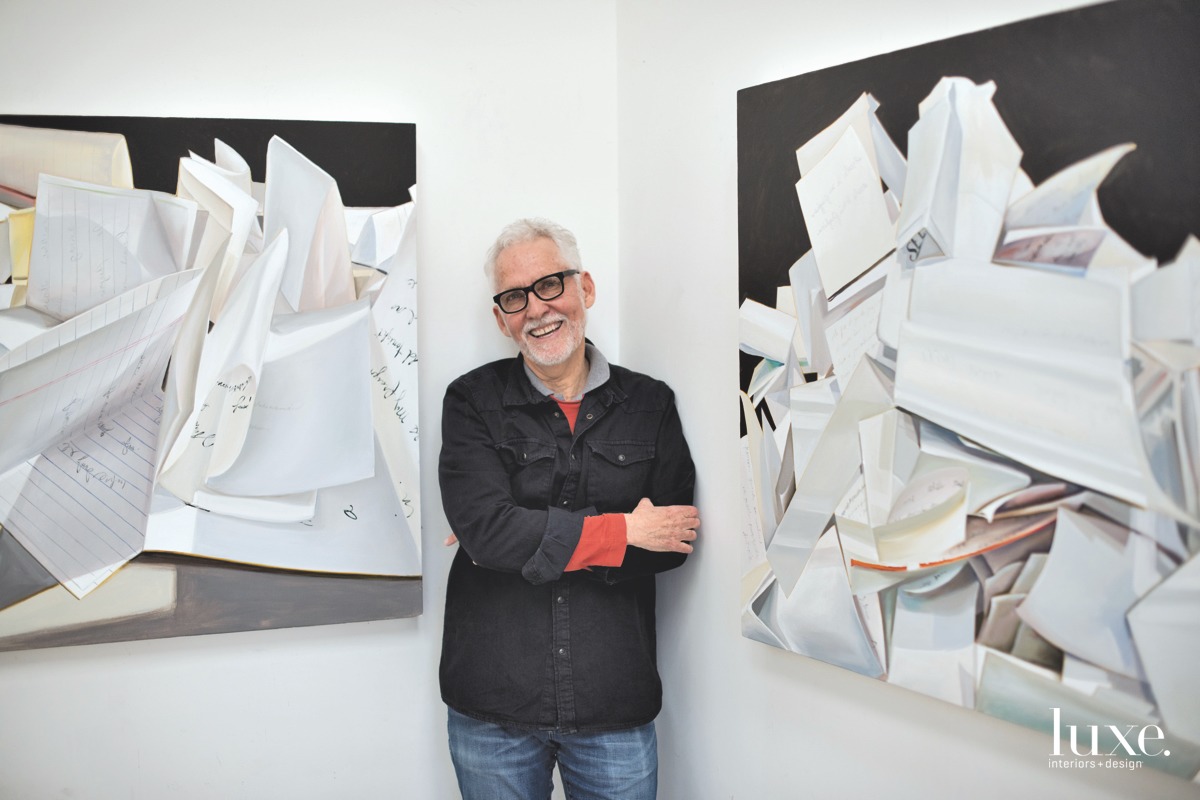 Raised in a house with a 24-hour wedding chapel as the living room, Oakland painter Donald Bradford couldn’t help but start out in performance art. “There was a pulpit and pews, and there were two bathrooms where the couple could change, and they would come out in their wedding clothes,” he recalls. While his uncle led the service, he and his cousins peeked out from the kitchen door, giggling at the height of the drama–the kiss.

Fast forward past the third-grade teacher who noticed his artistic talent, past the bully he distracted with quick sketches of Mickey Mouse, past the two years in college studying theater arts, to the moment he realized acting made him too nervous. Bradford turned to painting, although his early canvases have a performative feel: He staged his friends in scenes from mythology and the Bible, and then he painted them. 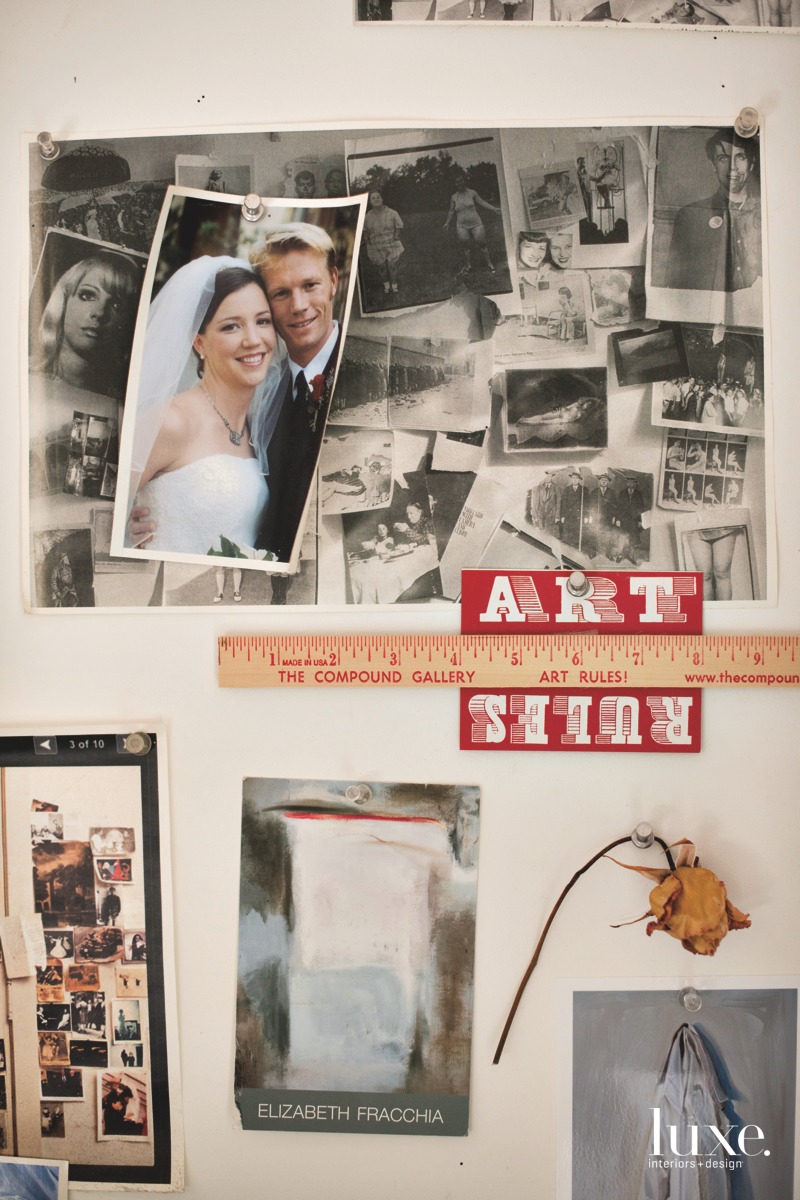 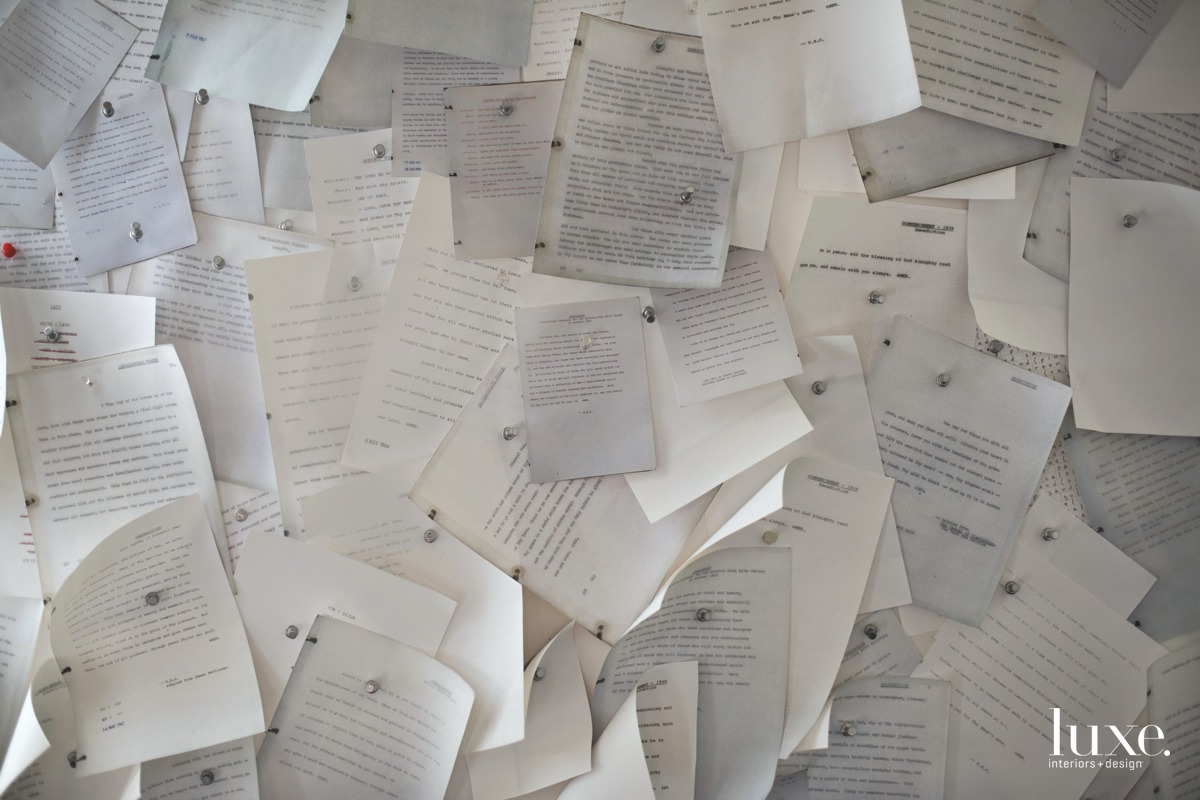 The letters are such a challenge to paint because I want them to reflect the spiritual, mystical quality that they have," says the artist.

The letters are such a challenge to paint because I want them to reflect the spiritual, mystical quality that they have," says the artist. 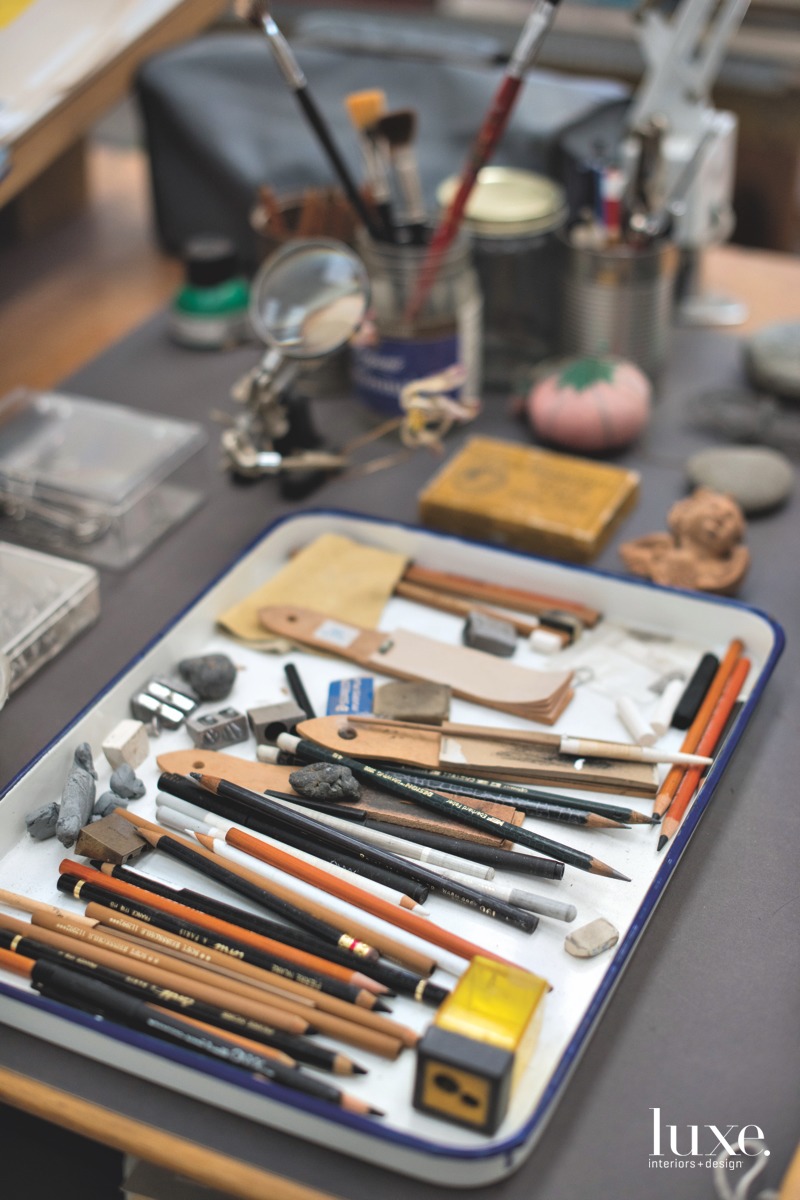 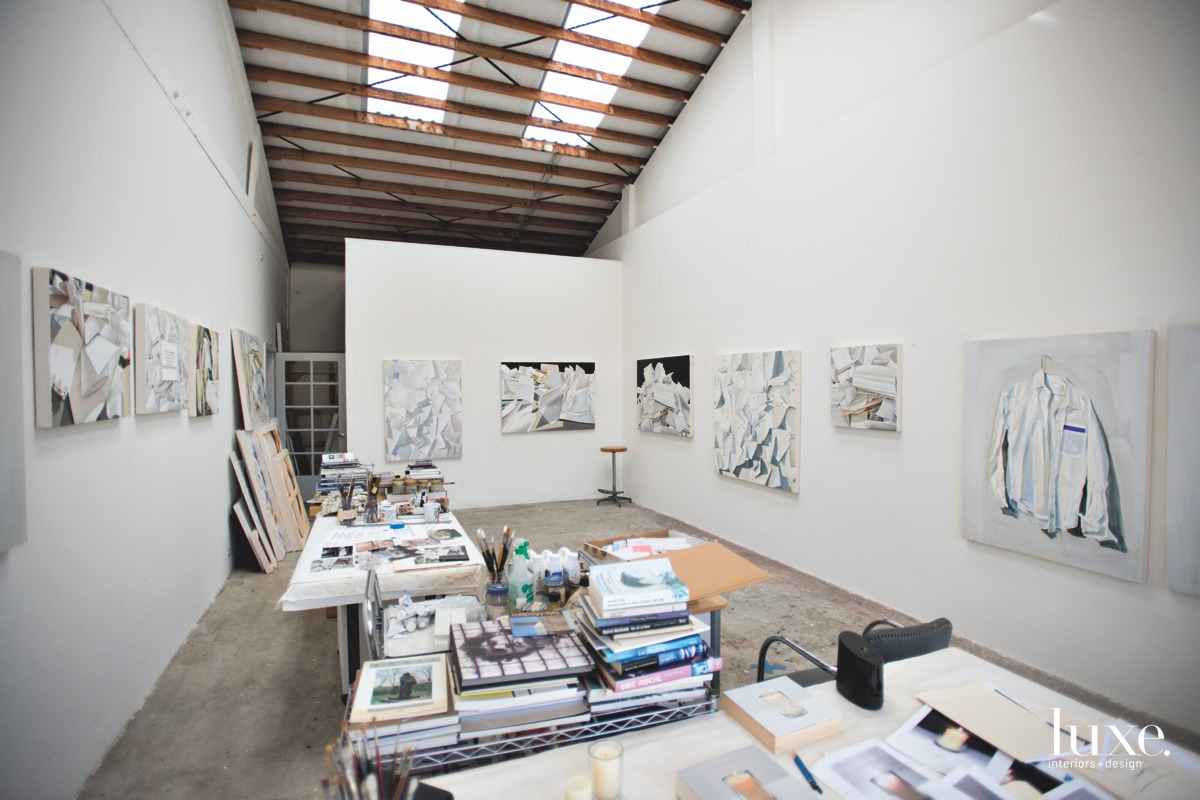 Artist Donald Bradford creates painterly still lifes from a three-room studio in his Oakland home, which displays works from his most recent series, Prayer Paintings.

Artist Donald Bradford creates painterly still lifes from a three-room studio in his Oakland home, which displays works from his most recent series, Prayer Paintings. 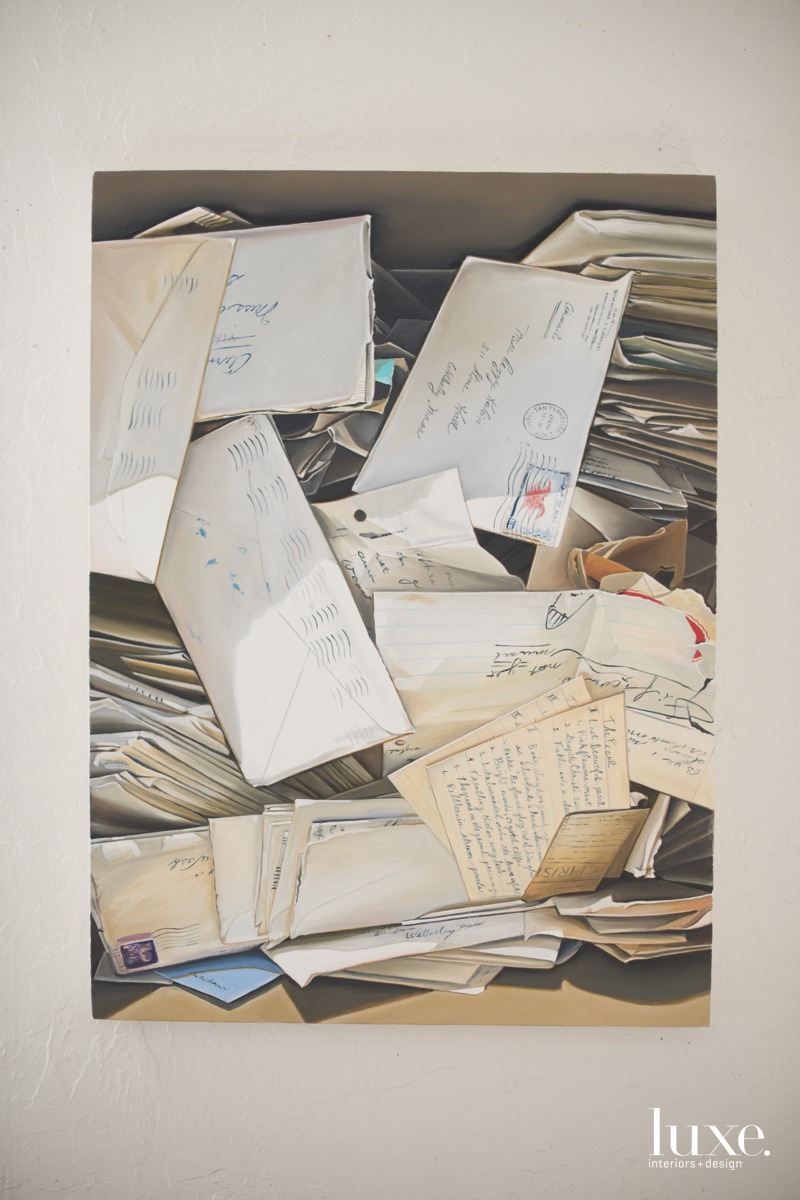 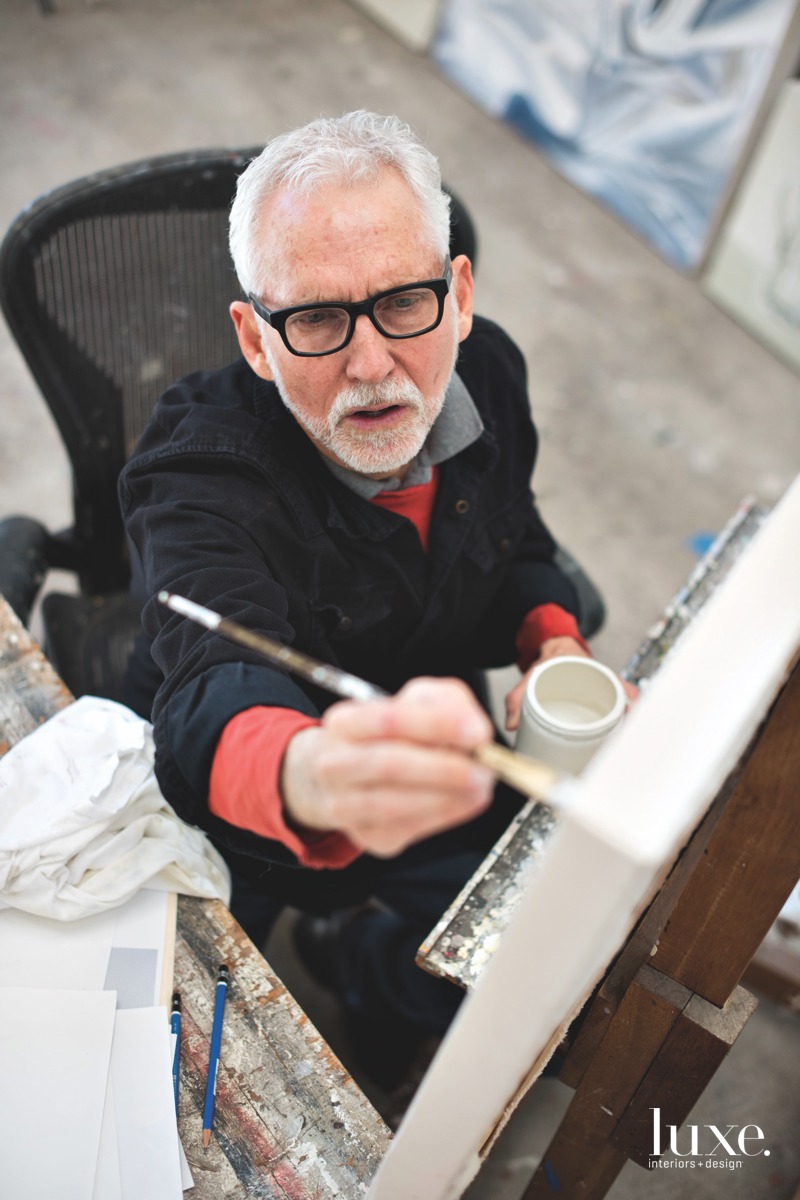 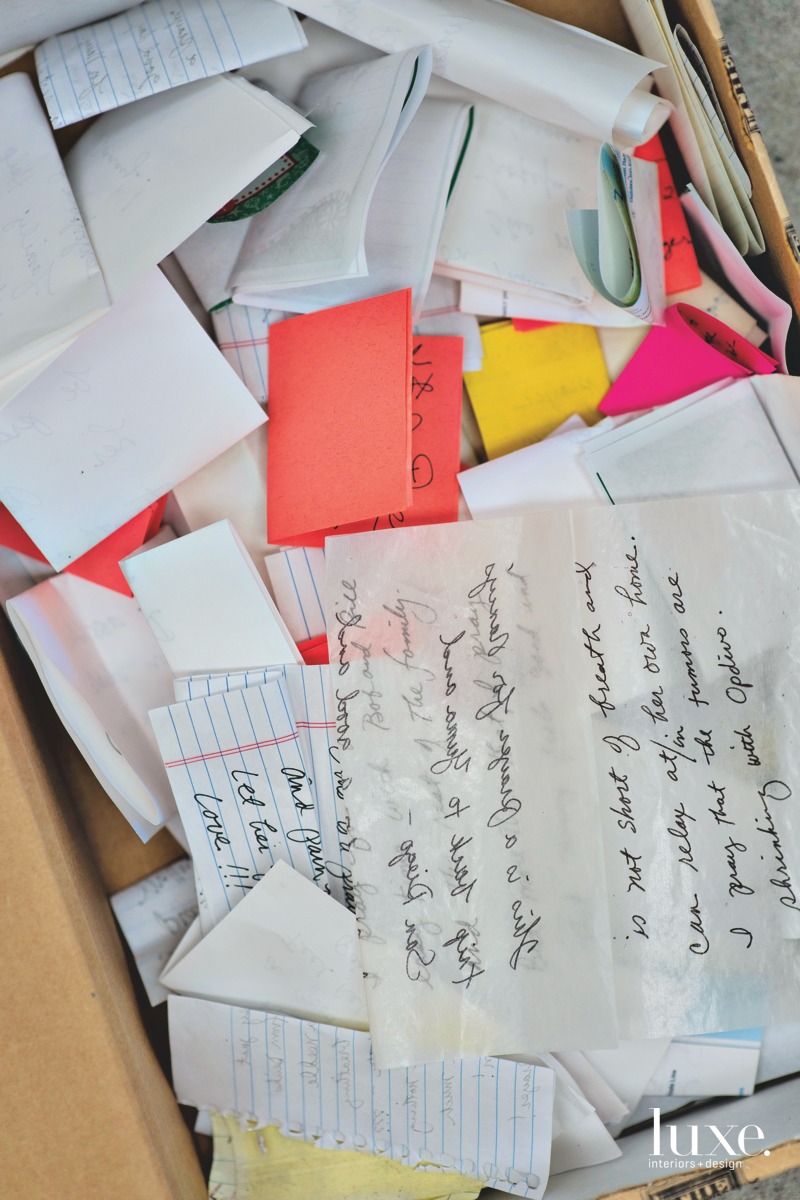 Prayers Bradford wrote for a cousin with cancer became the subject of his painting, Prayers for Nancy.

Prayers Bradford wrote for a cousin with cancer became the subject of his painting, Prayers for Nancy. 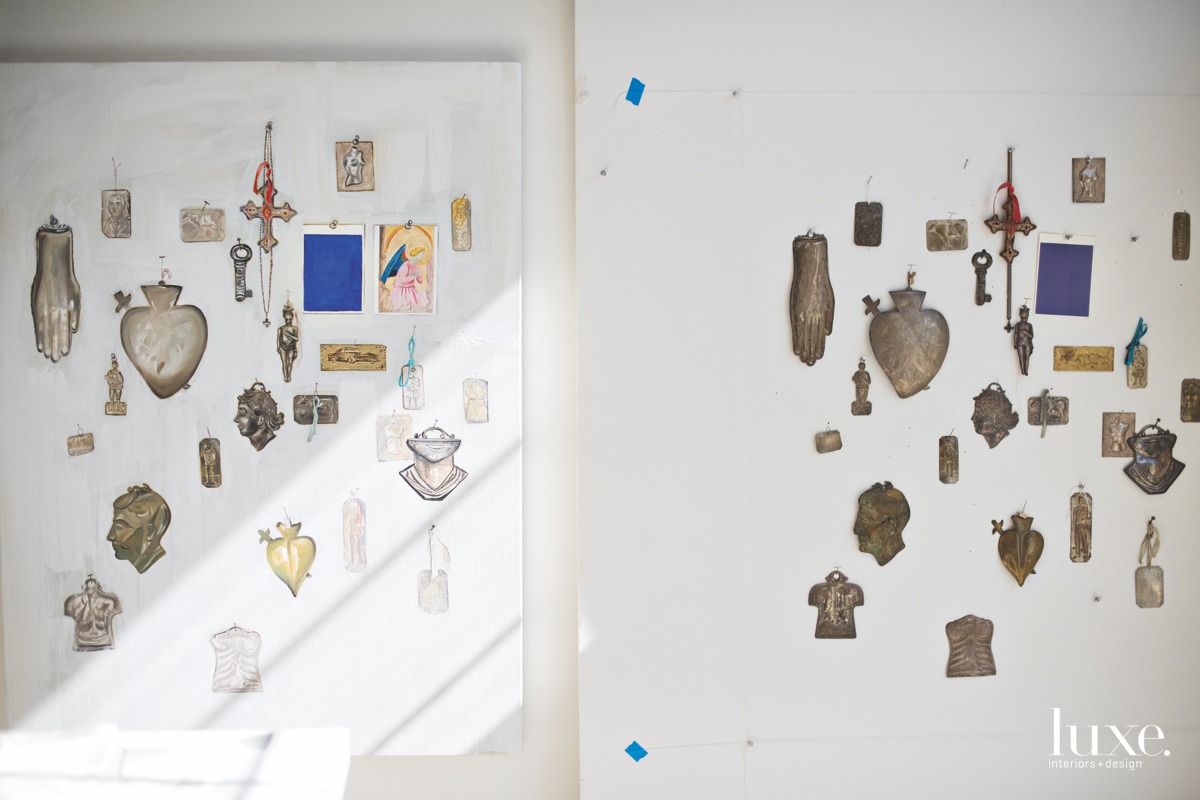 A work in progress shows a collection of milagros.

A work in progress shows a collection of milagros.

Bradford has long moved on from theatrical scenes, but his interest in narrative–and ritual–remains. He tends to do more than a dozen paintings on a theme, and his series have included 1940s love letters between a Petaluma suitor and a Wellesley College student; open books about artists; his own bulletin boards on which, Bradford says, “images and news clippings were chosen to almost set up a narrative.” In all of these works, story is suggested, but not unfolded, for the viewer. While there’s reverence, there’s also wit, as in one series in which he isolates the ritual objects of a wedding and examines each one.

These are still lifes with a modernist attitude. “The classical, typical still life is a whole bunch of stuff,” Bradford says. “But I have austere, flat backgrounds, and I like doing a really simple thing– one glass with a flower in it, one open book, one votive candle.” The Bay Area Figurative Movement was inevitably an influence. “I’m probably more of a ‘painterly painter’ because of them,” says Bradford. “From far away, my work can appear photographic, but up close, the brushstrokes are very loose.” His palette, inspired by Italian painter Giorgio Morandi, is primarily “beautiful shades of white and grays with accents of color,” Bradford says. “You’d never call me a bright colorist.”

The artist’s studio is three rooms off the house he shared with his late partner, Richard Bassett, a textile and Braille artist. They each had a studio and shared a “dirty studio” in between. Since Bassett’s death five years ago, “I just spread out,” says Bradford. “I go back and forth between paintings–undercoats or drawings on one, which I can make in a distracted mood, or filling out details on another, which requires real concentration.”

Throughout the studio, a new series is in progress. When friends traveling in Europe sent the artist photos of hand-written prayers parishioners left in churches, Bradford soon began to write his own–for a beloved cousin with cancer, for ill friends or for those affected by mass shootings. His Prayer Paintings will appear in a solo show at the Andrea Schwartz Gallery in San Francisco from June 13 to July 20. Here, both ritual and story come together, but in these paintings, the words, too, are his own.