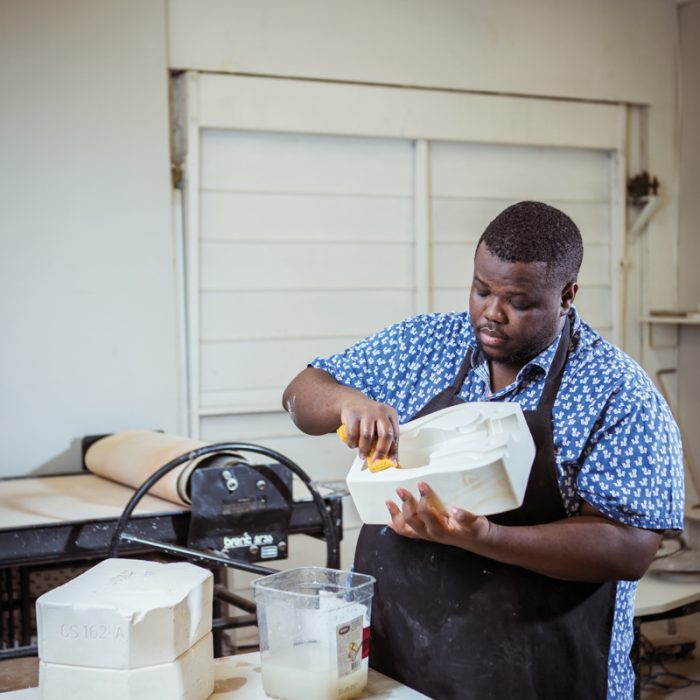 With sugar-white coastlines and crystalline waters, Miami exists as a sun-dappled utopia in many minds. But a nuanced, more complicated paradise is portrayed in the ceramics and drawings of local artist Morel Doucet. His creations yield otherworldly landscapes that reveal the city’s changing habitat, environmentally and socially. “I’m interested in exploring the human connection to nature,” he explains. “My work is about seeing our surroundings in their raw form and understanding their real history.”

Doucet has filtered his own history through nature since moving as a child from Haiti to Miami in the early 1990s. “Here, the landscape was familiar, with the same palm trees and plants,” he recalls. “I learned then to see the landscape through the lens of memory.” Art magnet school programs were also fruitful creative ground, and Doucet quickly gravitated to clay. “I come from a farming family on my mother’s side, so I grew up around this rich red earth,” he says. “Clay in its raw form made me feel more connected to the land.” 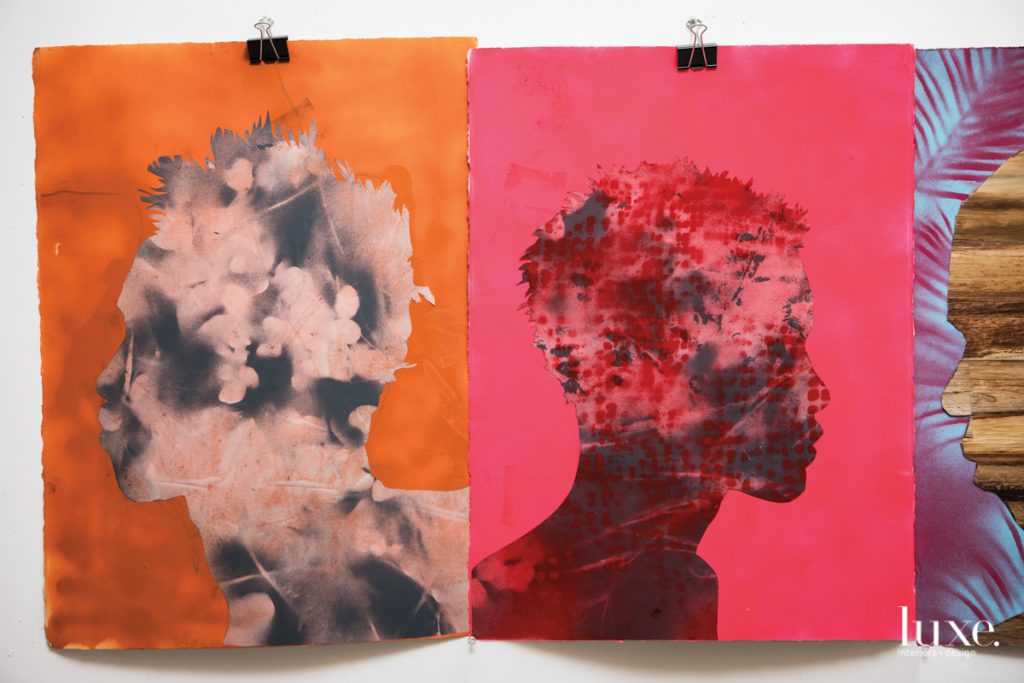 Nature serves as the medium as well as the message in Doucet's charcoal series, "The Dirt Beneath Our Nails Still Pray to the Midnight Sun.

Nature serves as the medium as well as the message in Doucet's charcoal series, "The Dirt Beneath Our Nails Still Pray to the Midnight Sun. 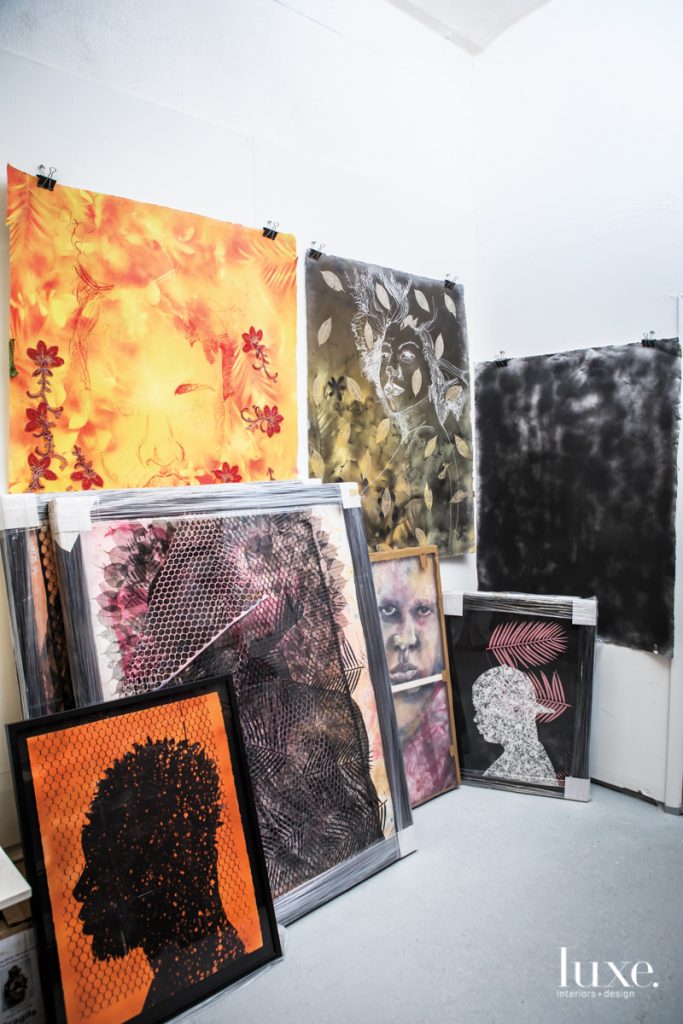 Doucet's multimedia works combine his charcoal drawings of area residents with organic matter from their neighborhood.

Doucet's multimedia works combine his charcoal drawings of area residents with organic matter from their neighborhood. 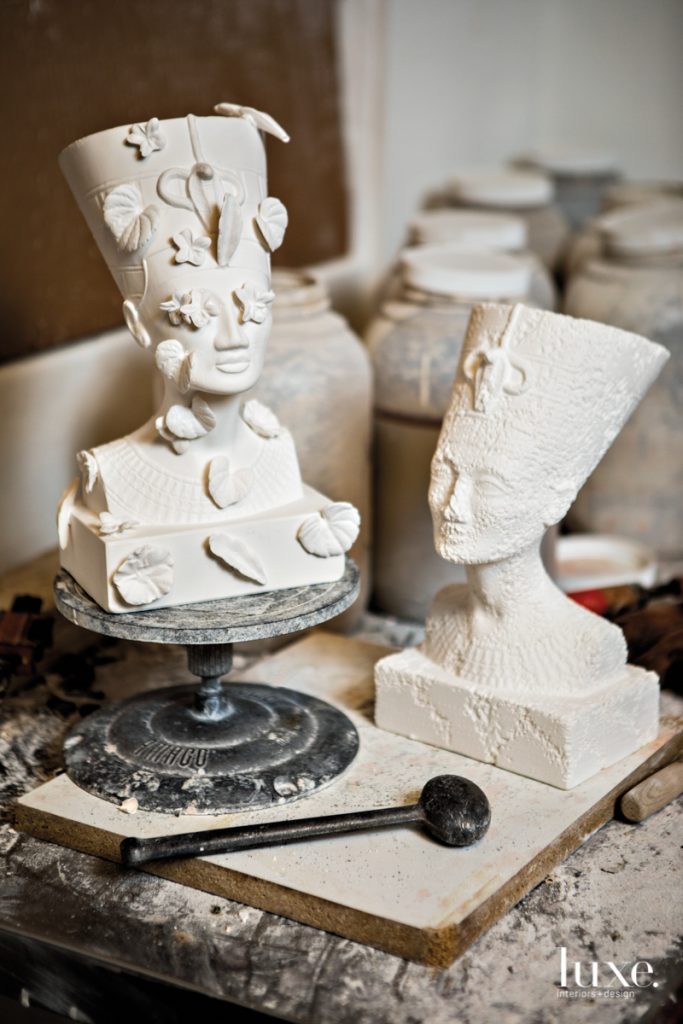 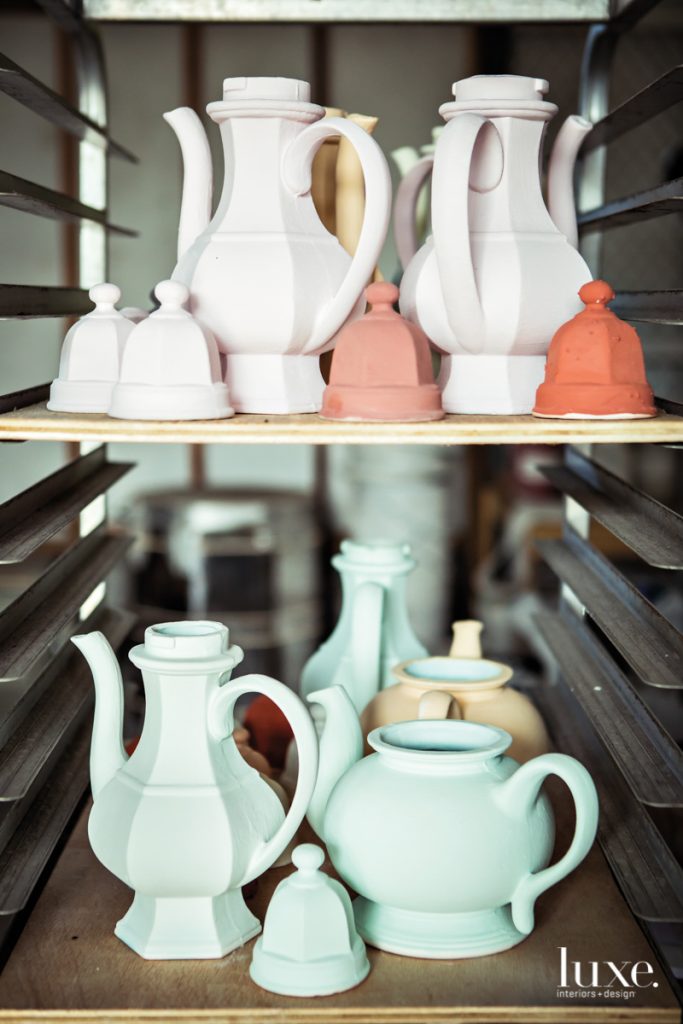 When Doucet returned to Miami in 2013, after graduating from the Maryland Institute College of Art, his relationship with nature intensified. As rising sea levels and red tide affected the coastline, historically black neighborhoods like his own, Little Haiti, faced gentrification pressure from developers. He confronts this notion in his ceramic series, “White Noise: When Raindrop Whispers and Moonlight Screams in Silence.” The artist slip casts and hand-carves elaborate shells, sea creatures and coral polyps in pristine porcelain, which echo bleached coral reefs. These ghostly forms creep over replicas of childhood relics, like his mother’s rococo-style teapots, or completely consume figurines, erasing their faces and bodies. For Doucet, stripping away nature’s hues also evokes the painful history of colorism in the black community–particularly skin bleaching, a practice “still prevalent in Haiti, Jamaica and the Dominican Republic,” he notes.

Nature is medium and message in “The Dirt Beneath Our Nails Still Pray to the Midnight Sun,” Doucet’s drawings that aim to record and preserve “Miami’s black communities through their plants and people,” he says. His process entails layering organic matter from towns such as Allapattah, Carol City and Overtown onto his charcoal portraits of residents. “I’m essentially an archaeologist in the streets, picking up branches, pine cones and leaves,” he says.

Doucet’s sunny studio at the Bakehouse Art Complex holds the artifacts, waiting to inspire a shape, color or memory in his work. And when all else fails, “I go outside,” he says. “Once I’m in nature, everything becomes more concrete.”

At top: Miami artist Morel Doucet works on his ceramic pieces at his studio at the Bakehouse Art Complex.