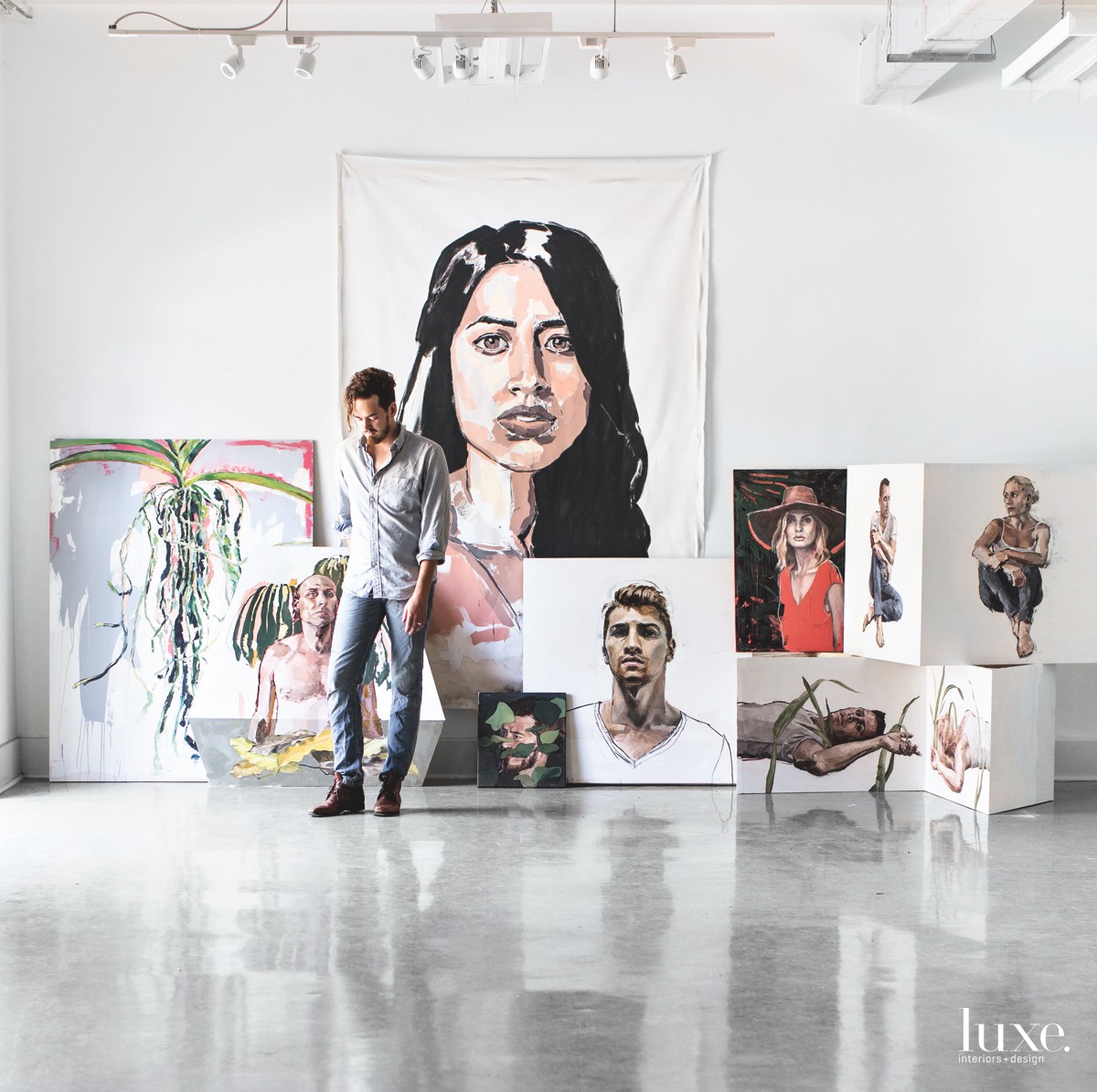 A selection of recent works from artist Evan Sahlman all showcase his signature style with its thick, bold strokes and tropics-inspired palettes.

lthough Evan Sahlman may begin with a blank canvas when he sits to compose his next work of art–that’s not where his process actually starts. In the days and weeks before he lays his first rough sketch to paper, he is a flurry of activity: developing concepts, scouting for models, and directing photo shoots with the assistance of his greatest collaborator, his wife, the photographer Chelsae Anne. “The idea is always to walk away with very different images,” Sahlman explains of the inspiration shots he produces for his artwork. “I need photographs where I’ve been able to control the curve of my subjects’ faces and bodies, the emotions there, the lighting.”

Only then does the artist begin to draw from the two-dimensional likenesses–perfecting his delicate line work in notebooks before transferring them to the walls of his studio in West Palm Beach’s much-buzzed-about Elizabeth Ave Station. There, he stretches his large canvases flat and vertically, so he can look each newly emerging portrait straight in the eyes as it comes to life. “I love having the ability to create a narrative off of the kind of subtle shifts we see in the faces of people every day,” Sahlman says. “Through certain facial gestures, I can tell a story and then add to it with color and atmosphere and create something extraordinary.” 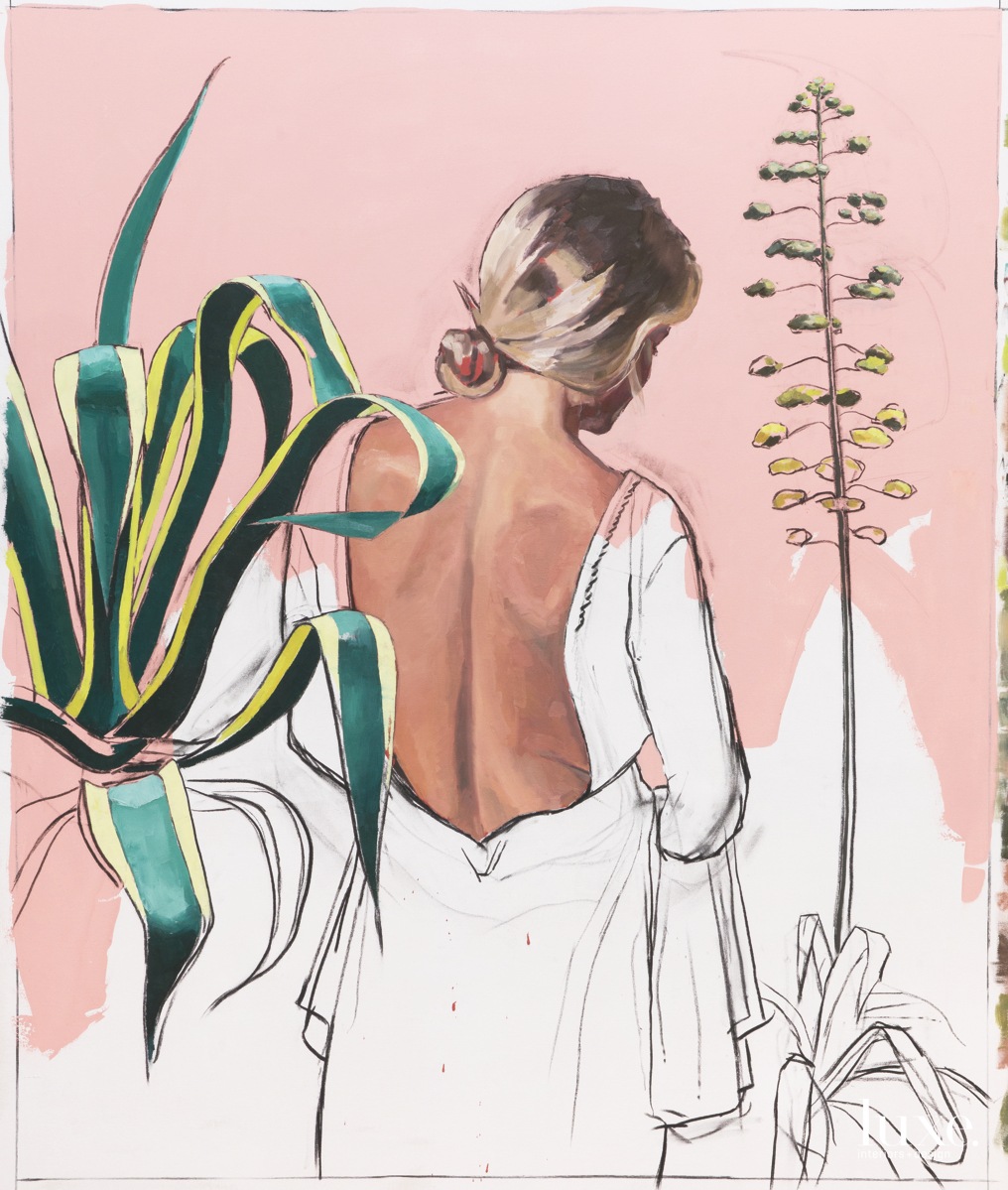 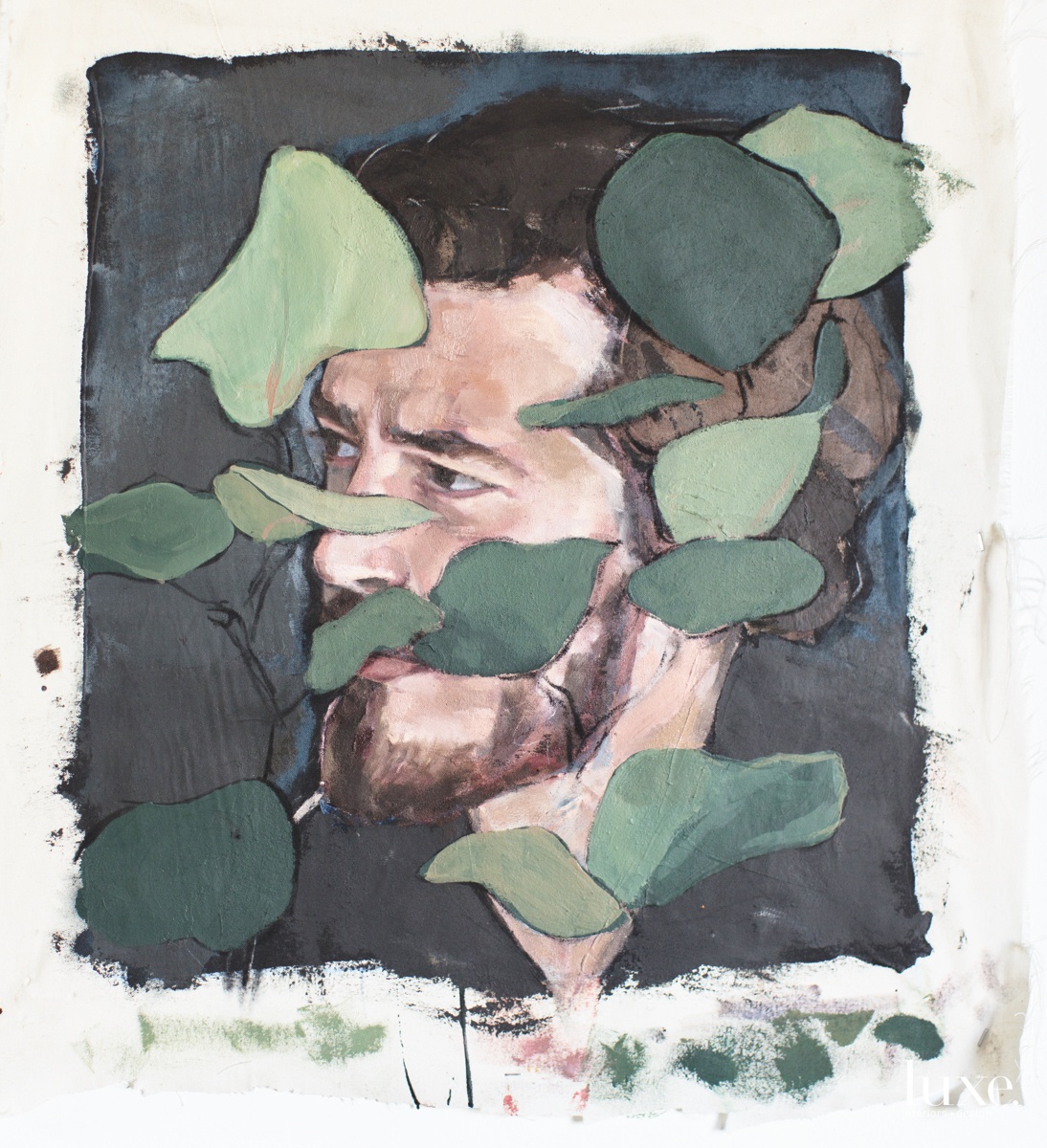 A painting titled Self Portrait 4.

A painting titled Self Portrait 4. 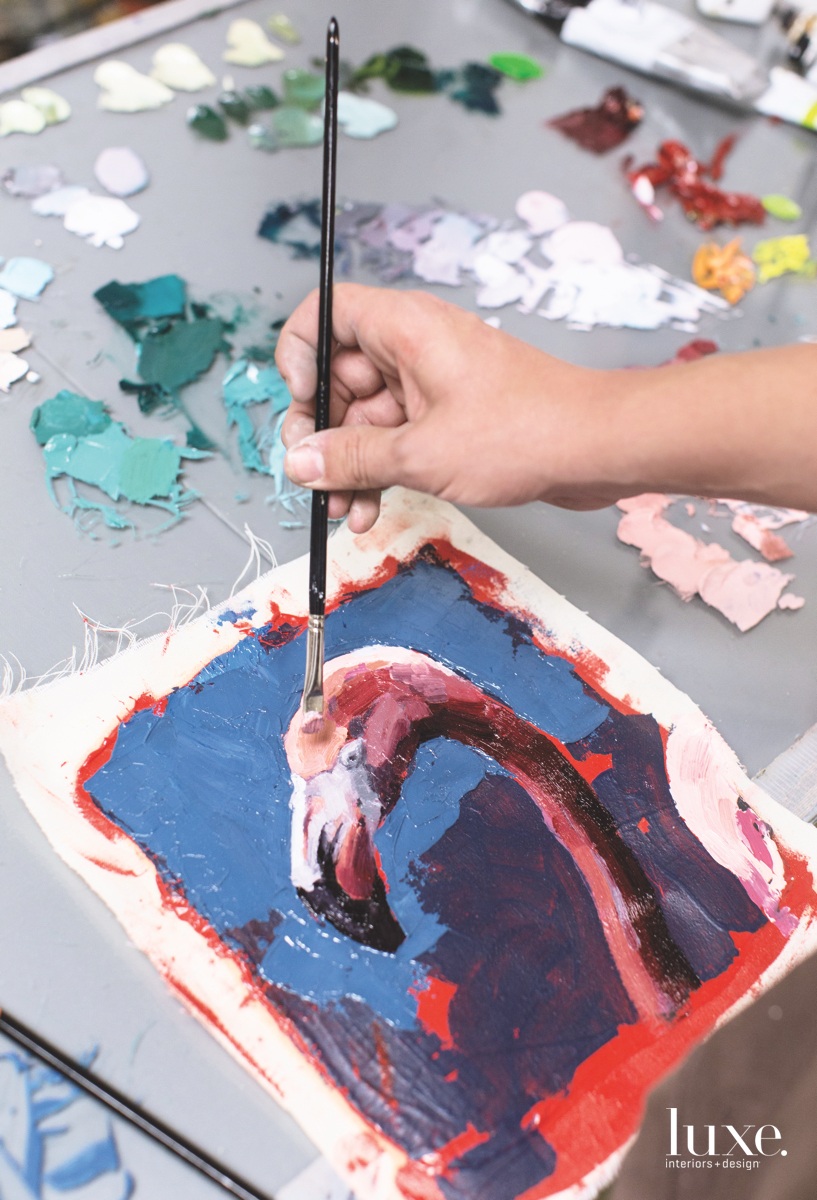 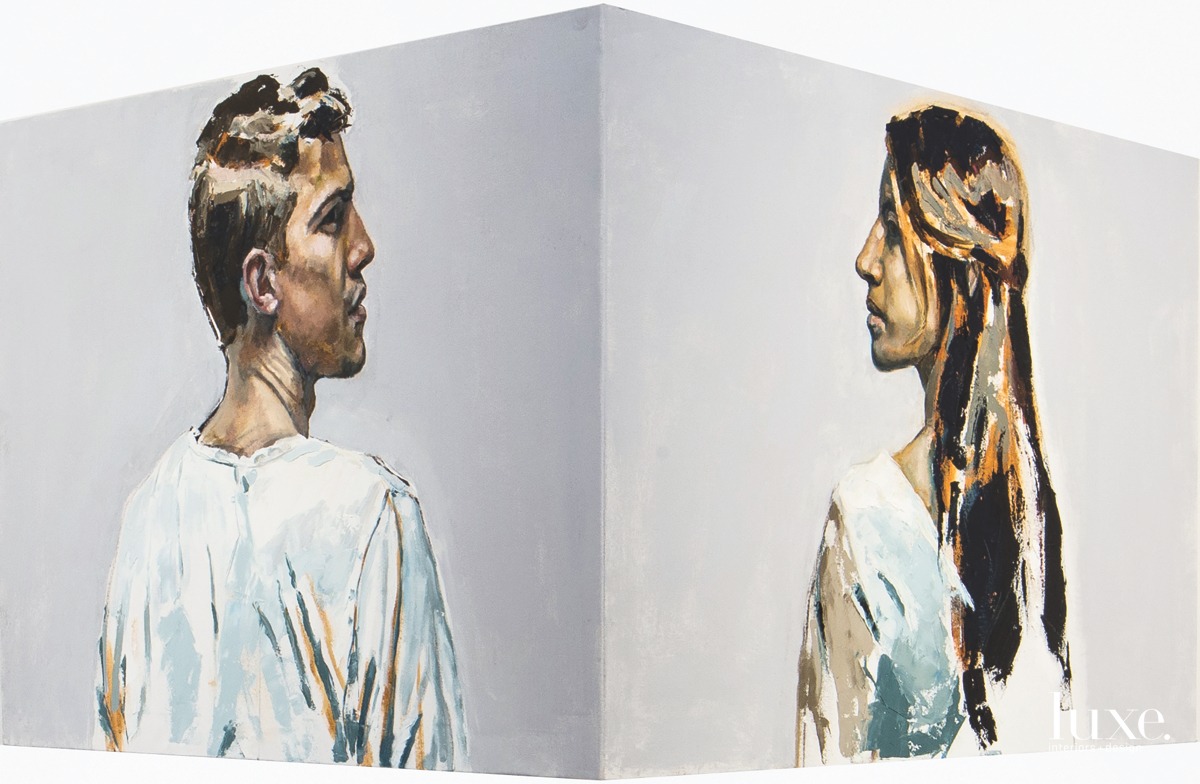 One of Sahlman's pieces, Husband and Wife.

One of Sahlman's pieces, Husband and Wife. 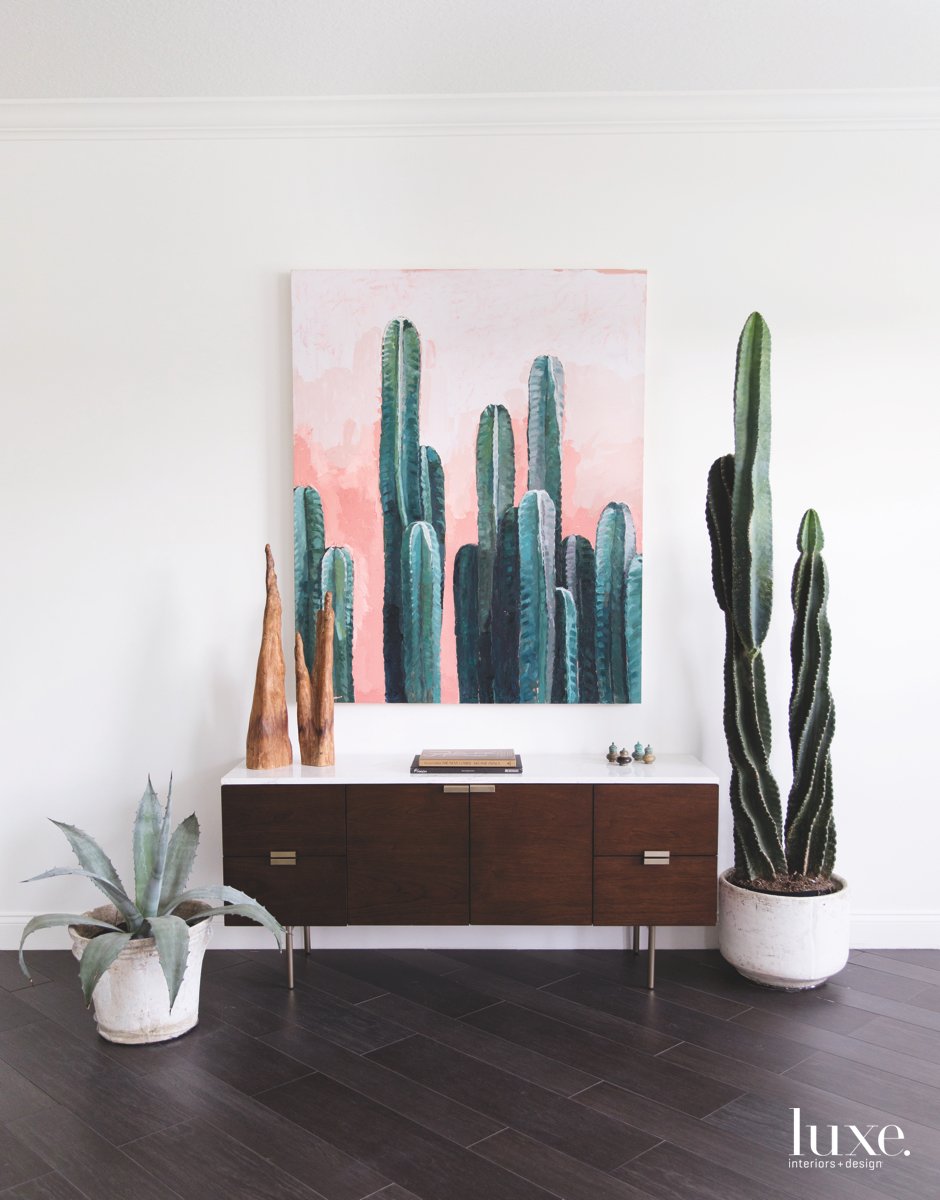 A painting of cacti-as-portrait reveals the artist's recent fascination with nature, a nod to creative exploration to come.

A painting of cacti-as-portrait reveals the artist's recent fascination with nature, a nod to creative exploration to come. 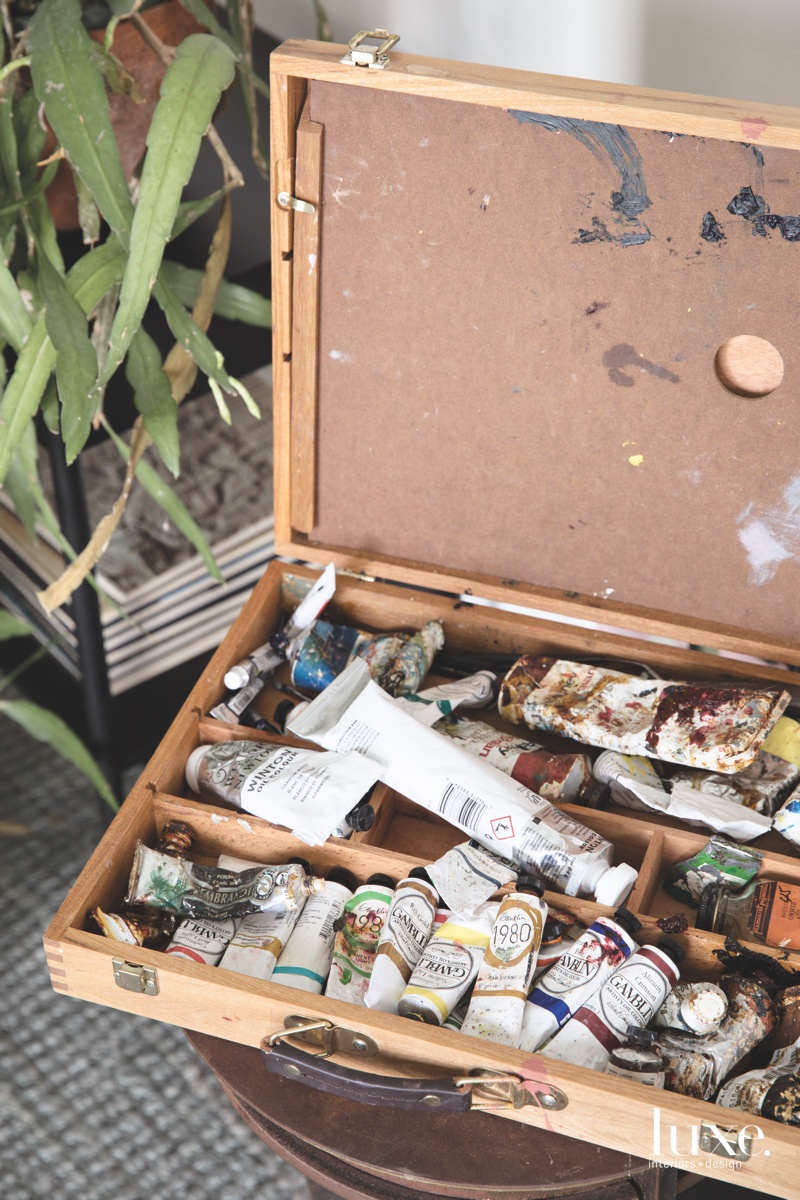 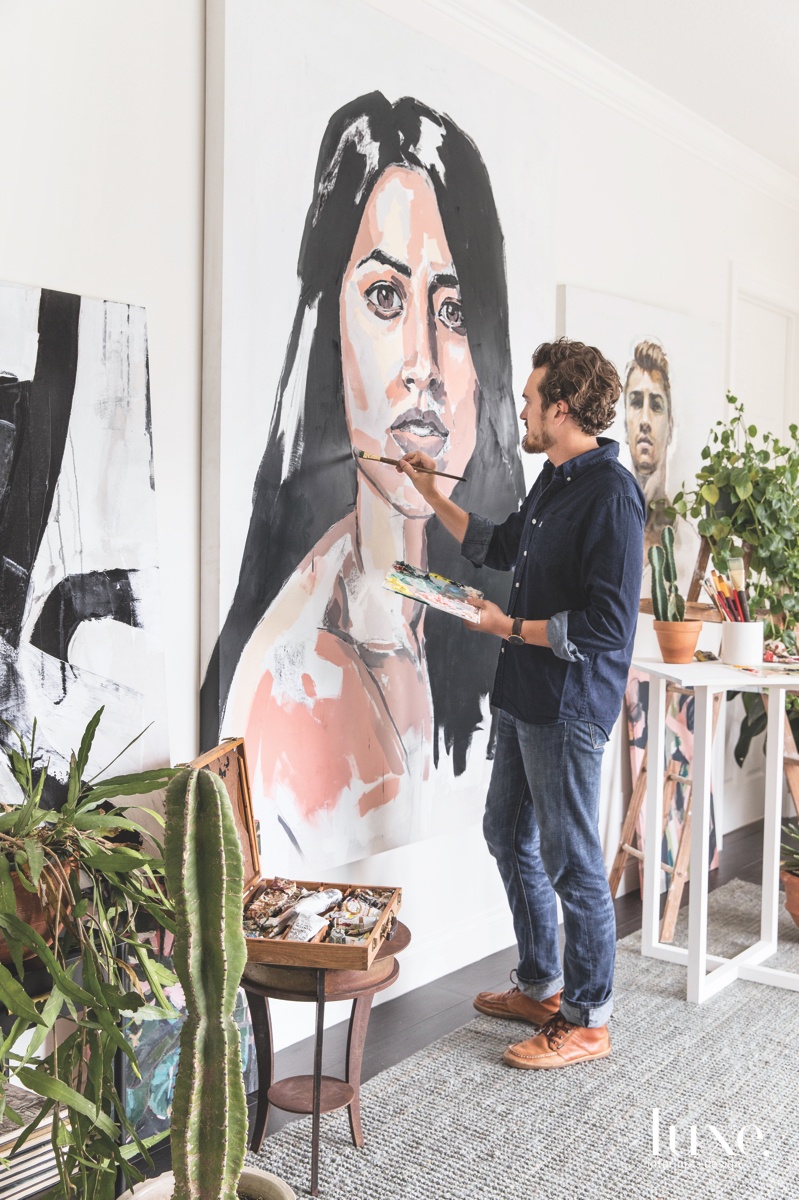 Sahlman puts the finishing touches on an oversize portrait in mixed media on canvas, titled Grace.

Sahlman puts the finishing touches on an oversize portrait in mixed media on canvas, titled Grace.

Sahlman’s bold strokes, achieved via rich oil paint applied by palette knife, pop against often-simplistic backgrounds, allowing each variation in hue to take on increased significance. His is a loose expressionist style inspired by the works of Philip Guston and Sean Cheetham but with a vibrancy all its own–thanks in large part to Sahlman’s subtropical location. “I grew up in Connecticut and left to get my Bachelor of Fine Arts at Palm Beach Atlantic, but I never really took in the landscape until my wife and I decided to stay for good,” he says. “Now, I discover something new every day; recently, I’ve been driving past this one house with an amazing Agave americana, and I’m just waiting to be able to fit it into a series I’m working on.”

His aesthetic, in truth, has changed significantly over the last few years, as Sahlman actually began his arts career working in abstract ceramic sculptures; to him, though, the evolution has seemed more natural than anything else. “Even when I was doing ceramics, I was always painting or drawing portraits,” he says. “The face is so diverse, and it’s satisfying when you learn how to manipulate it. Plus, working with oils is a little bit like sculpture in itself. You can create volume and three-dimensionality by building thick layers and strokes. I haven’t looked back.”

Nor does Sahlman have any intention of doing so any time soon. With new gallery representation at &gallery in Miami and a solo exhibit running through Thanksgiving at Pompano Beach’s Bailey Contemporary Arts, the artist is keeping his head down and his paintbrush pointed at the canvas. It’s a good thing, too, because in life, as in his studio–surrounded by the oversize faces lining his walls–all eyes are on him.