Luxe hit the road in search of architecture nirvana and found it in three small towns resplendent with midcentury masterpieces. 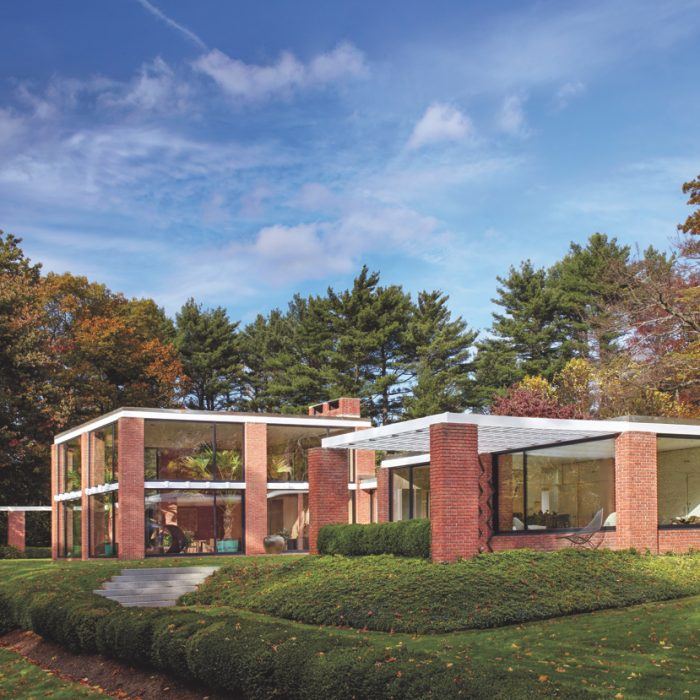 Completed in 1956, the Boissonnas House is one of five significant houses in New Canaan by architect Philip Johnson. 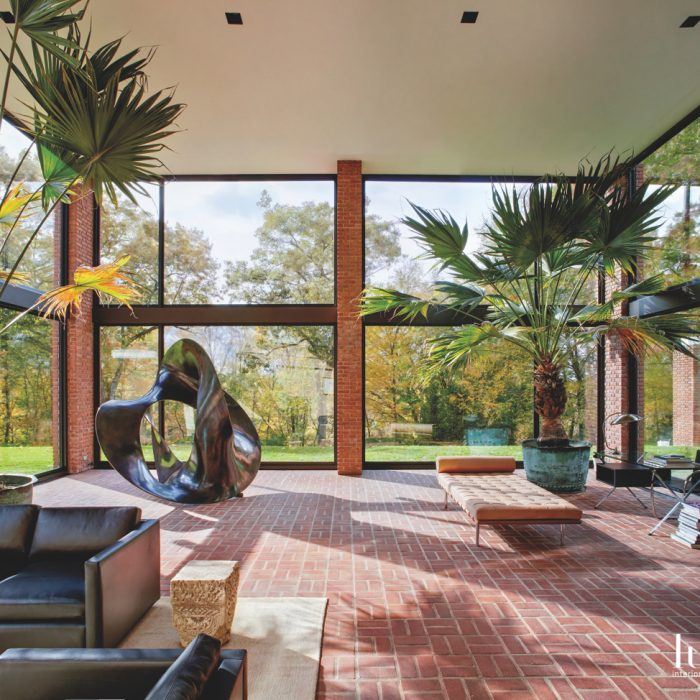 Consisting of a series of connecting steel, brick and glass pavilions, the home encourages a strong connection to nature, thanks to its expansive windows.

In the late 1940s, five architects who were linked to Harvard University settled in the Connecticut countryside, finding the rolling hills and low stone walls as attractive as the proximity to New York City. There, nestled among the white clapboard farmhouses and center-hall Colonials, they designed forward-thinking houses for themselves and like-minded neighbors. Known as the Harvard Five, the group consisted of Marcel Breuer, Philip Johnson, Eliot Noyes, Landis Gores and John M. Johansen. The houses featured open floor plans and lots of windows. At the time, locals had mixed reactions. When Johnson’s Glass House was completed in 1949, some were shocked by the structure’s transparency. One scandalized woman reportedly exclaimed, “I could never live in such a house!” To which Johnson famously quipped, “I never asked you to.”

Over the years, about a quarter of New Canaan’s modernist homes were lost to demolition. Today, many of the remaining structures are being snapped up and meticulously restored by a new generation. “Thirty years ago, a lot of folks would have torn down these buildings,” says Hilary Lewis, chief curator of the Glass House. “Traditionally, if something is 25 years old, it’s considered old fashioned. Fifty years later, it’s beloved again. I think we are now at the right point in the cycle.” 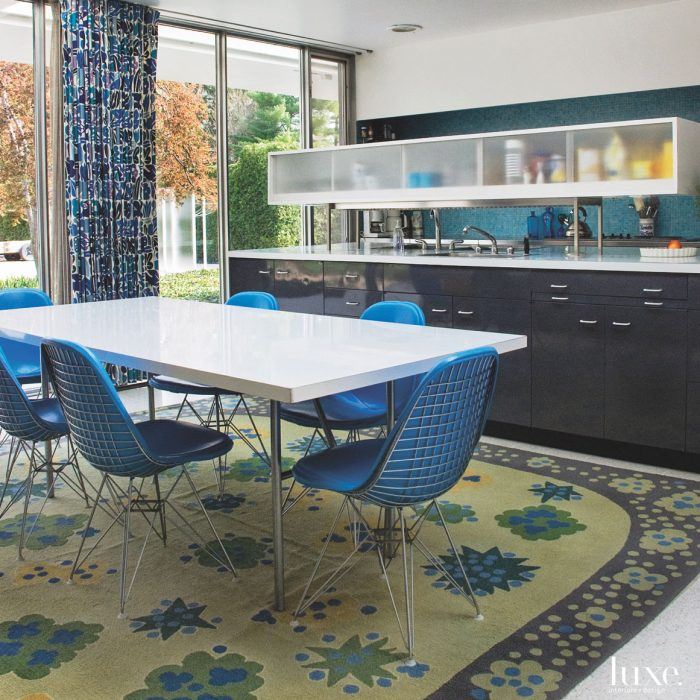 This Midwestern town may be small, but it has an impressive reputation as an architectural giant, thanks to visionary and local businessman J. Irwin Miller. In 1934, Miller became the general manager of the Cummins Engine Company. A champion of modernism, he believed that great architecture could act as a role model for society, inspiring people to think boldly and strive for excellence. To that end, he established the Cummins Foundation, a public works program that brought to Columbus blue-chip architects such as Eliel and Eero Saarinen, I.M. Pei, Richard Meier, Harry Weese and Eliot Noyes to design schools, libraries and offices.

In town, you’ll find more than 70 noteworthy buildings and landscapes, along with seven national historic landmarks–including Miller’s own home, designed by Eero Saarinen, in collaboration with Alexander Girard and Dan Kiley. Watch last year’s indie film Columbus to witness the abundance of these buildings and their quiet yet breathtaking beauty.

“When I walk across the plaza at twilight, I get a feeling of hope for humanity in my heart,” says T. Kelly Wilson, director of graduate studies in architecture at Indiana University. “I think that emotion has to do with the context. You’ve got this humble Midwestern town and there are these radical acts of human ingenuity peppering the landscape. The architecture in Columbus isn’t loud or flashy, but it’s extraordinary.” 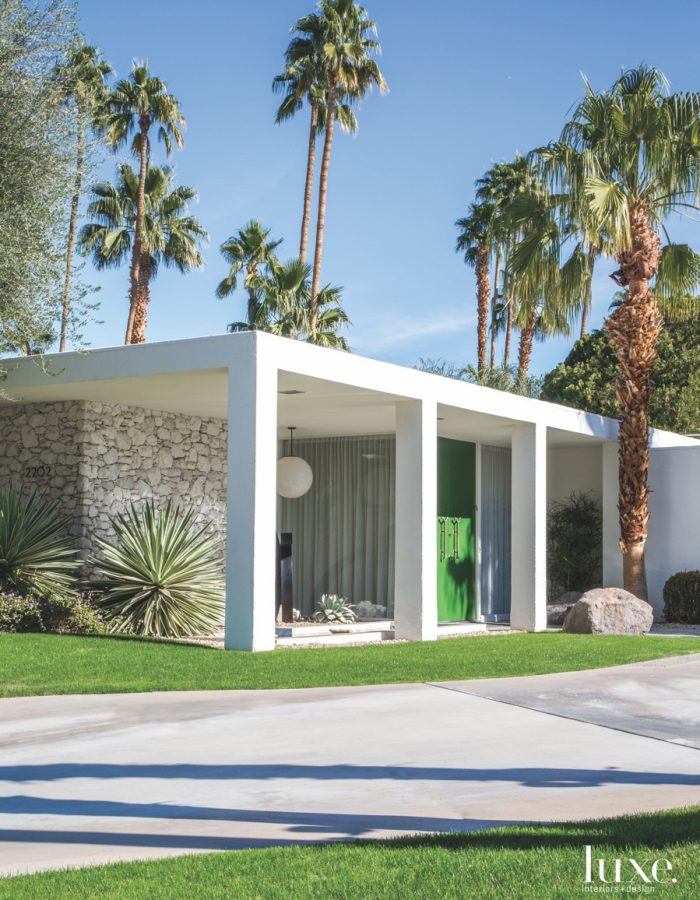 An elegant pair of green doors offers a whimsical welcome at this Palm Springs home. 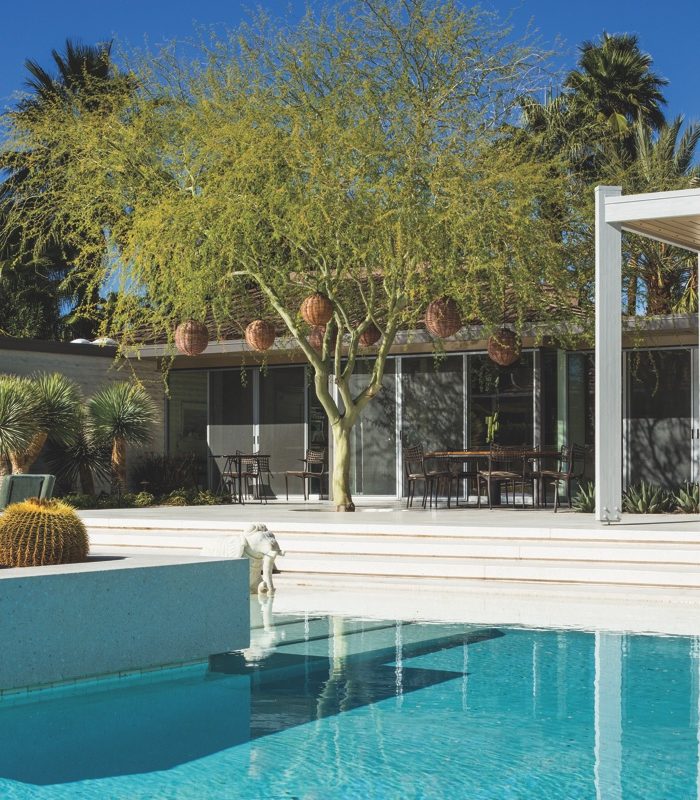 Designed by William F. Cody in 1962, the Abernathy House, is another fine example of Palm Springs Desert Modernism.

According to the National Register of Historic Places, Palm Springs has the highest concentration of midcentury modern architecture in the United States, and it’s no wonder: Long before Elvis stayed in his honeymoon hideaway and Frank Sinatra partied into the wee hours at his Twin Palms estate, this desert town attracted some of the most forward-thinking architects of the modern era. Lloyd Wright (son of Frank Lloyd Wright), for instance, designed a hotel there in 1923, and Rudolph Schindler, Albert Frey and Richard Neutra arrived in the 1930s and went on to create some of Palm Springs’ most iconic houses.

“The desert has always been a destination for creatives,” says Robert Imber, owner of Palm Springs Modern Tours. “First, avant-garde artists came, then early Hollywood. In the 1940s, Charlie Chaplin and Claudette Colbert came to the desert seeking privacy from the paparazzi.” Later, the likes of Sinatra and his Rat Pack cronies put it on the map as a raucous retreat. This is the image of Palm Springs that looms large in most people’s minds. There’s a reason Slim Aarons’ photograph Poolside Gossip is a beloved emblem of desert modernism. It captures all of the sun-drenched grooviness of the era, showing two elegant women lounging in the backyard of Neutra’s stunning Kaufmann House with the San Jacinto mountains looming in the background.

While many of the well-known houses are privately owned, several open their doors to the public during Palm Springs Modernism Week, a twice-yearly celebration of midcentury architecture and design.