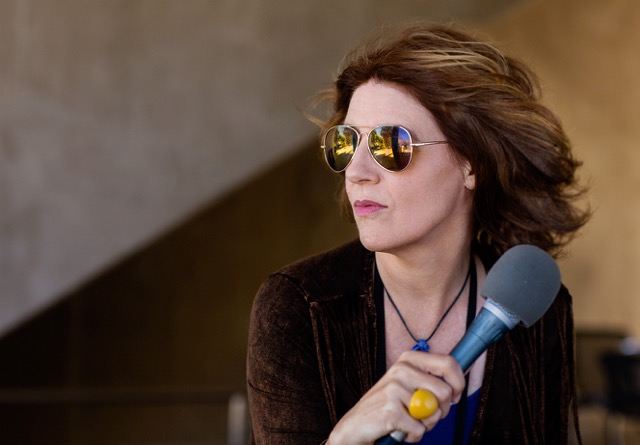 Los Angeles is known worldwide as a place for creatives. In your opinion, what makes the city such a popular destination for artists these days?

Artists are drawn by the presence of an arts scene: lots of other artists, art schools and the explosion of new galleries. This scene exists here in part because L.A. is still affordable relative to other art capitals. In some neighborhoods, artists are still able to find houses with garages and large yards for making large works, and in downtown L.A. and some other industrial areas, they can find the kinds of studios that have long attracted artists: unplanned, sometimes illegal, but spacious and affordable live-work spaces in old warehouses and light industrial buildings.

Which neighborhoods are you finding artists migrating to for their living spaces and studios?

Currently, they’re migrating to areas in L.A. that are still affordable and have dwelling spaces with room to make art, including parts of downtown L.A. as well as Boyle Heights, Highland Park, Frogtown, Elysian Park and Inglewood. Often, though, these migrations can cause pushback from the existing communities in several of these areas over fears of gentrification.

Has this explosion of artistic talent affected the cultural and architectural dynamic of the city?

Yes, definitely. We’re seeing a number of architects who are collaborating closely with artists. For example, Jimenez Lai, of Bureau Spectacular, recently collaborated with New York artist Grayson Cox on “Speechbuster / 99 Chairs,” an exhibit commissioned by Storefront for Art and Architecture with a grant from the Robert Rauschenberg Foundation. Peter Zellner’s design for the West Hollywood gallery of Matthew Marks, too, is noteworthy and exemplifies California minimalism, while Kulapat Yantrasast of wHY, who has worked with many artists, has designed Christie’s brand-new multipurpose flagship space in Beverly Hills. Finally, I’m looking forward to seeing what comes out of the union between Frank Escher and Ravi GuneWardena, of Escher GuneWardena Architecture, and artist Sharon Lockhart, who was selected to represent Poland at this year’s Venice Biennale. 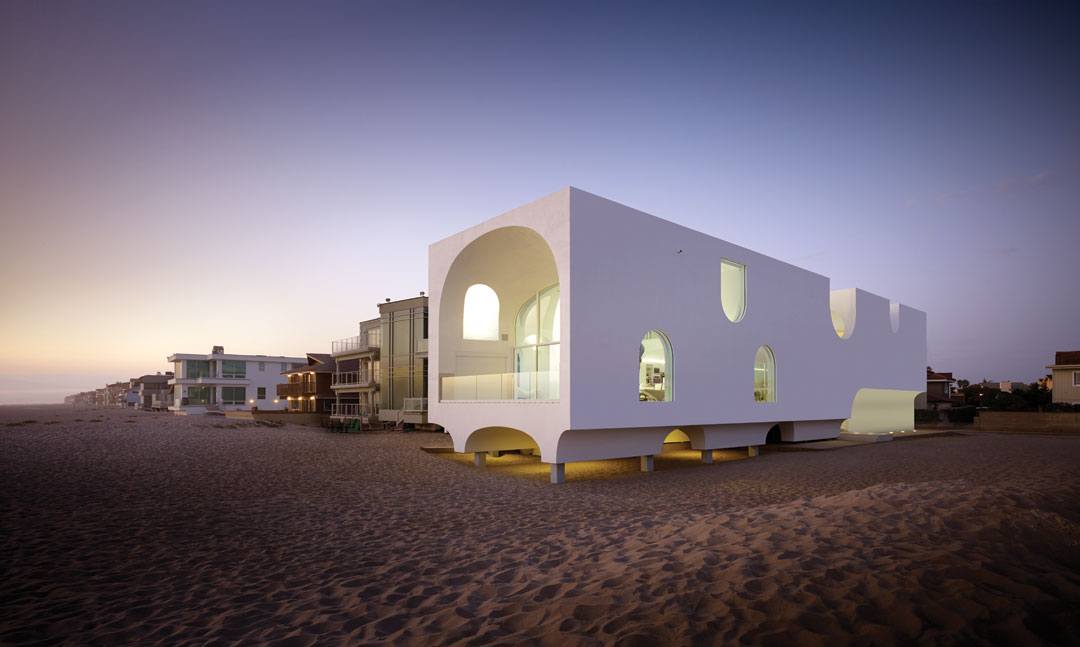 Los Angeles architects Sharon Johnston and Mark Lee, who redefined beach house living with the Vault House, are also reinventing ways to show art, as with their work on the "Moholy-Nagy: Future Present" exhibition at LACMA.

Los Angeles architects Sharon Johnston and Mark Lee, who redefined beach house living with the Vault House, are also reinventing ways to show art, as with their work on the "Moholy-Nagy: Future Present" exhibition at LACMA. 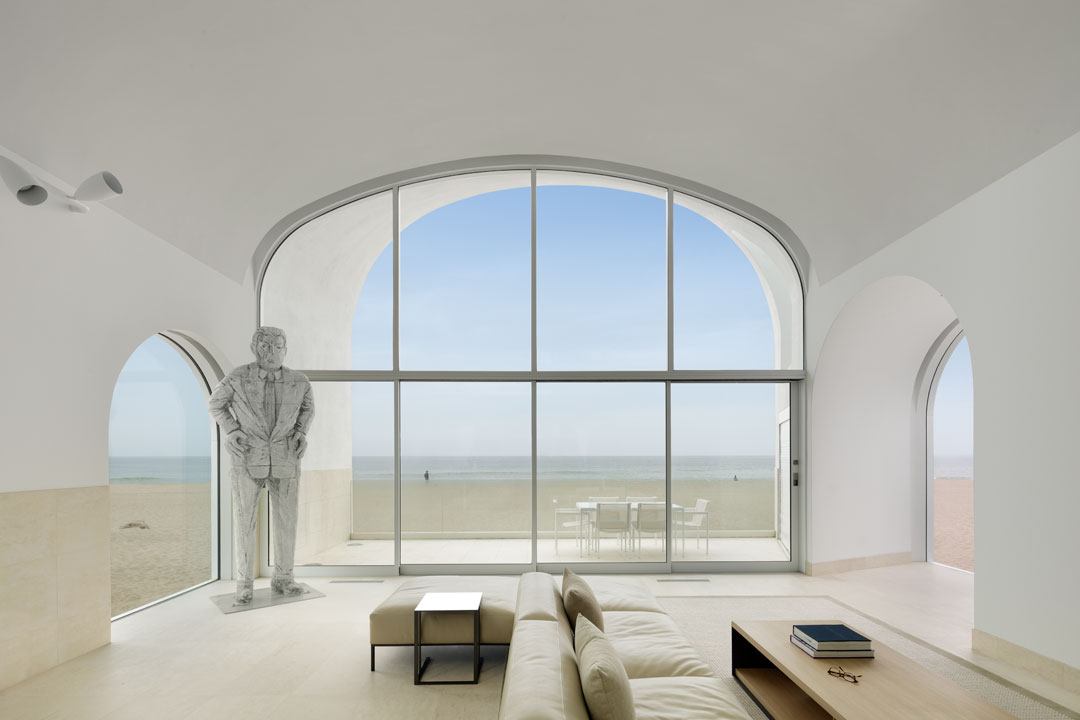 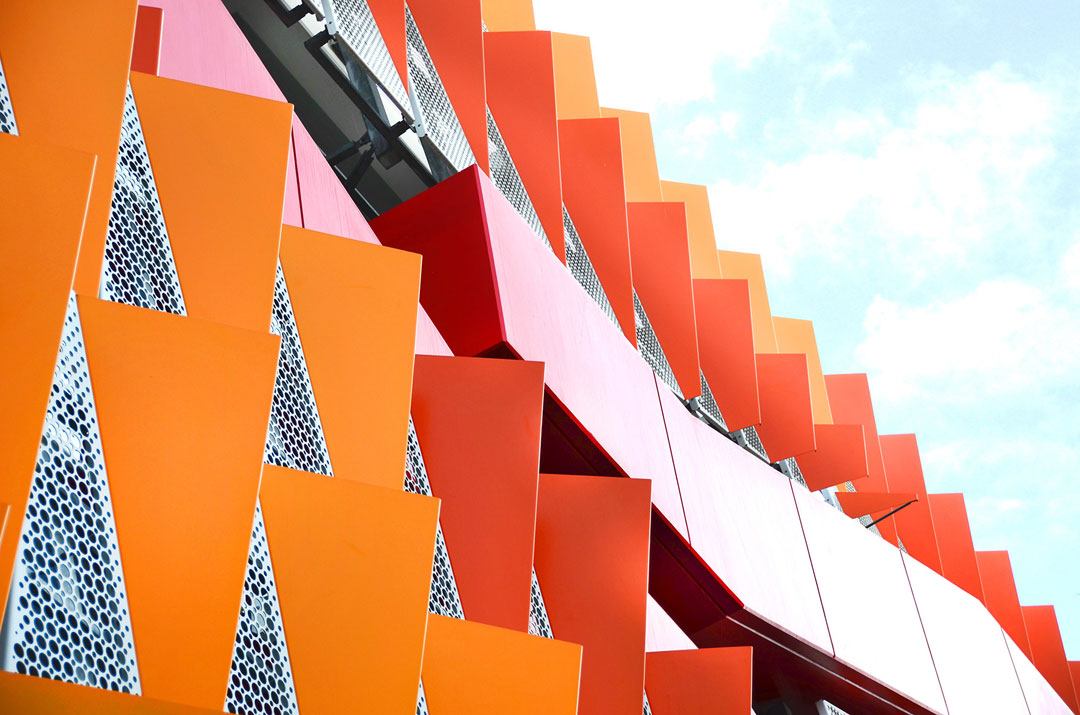 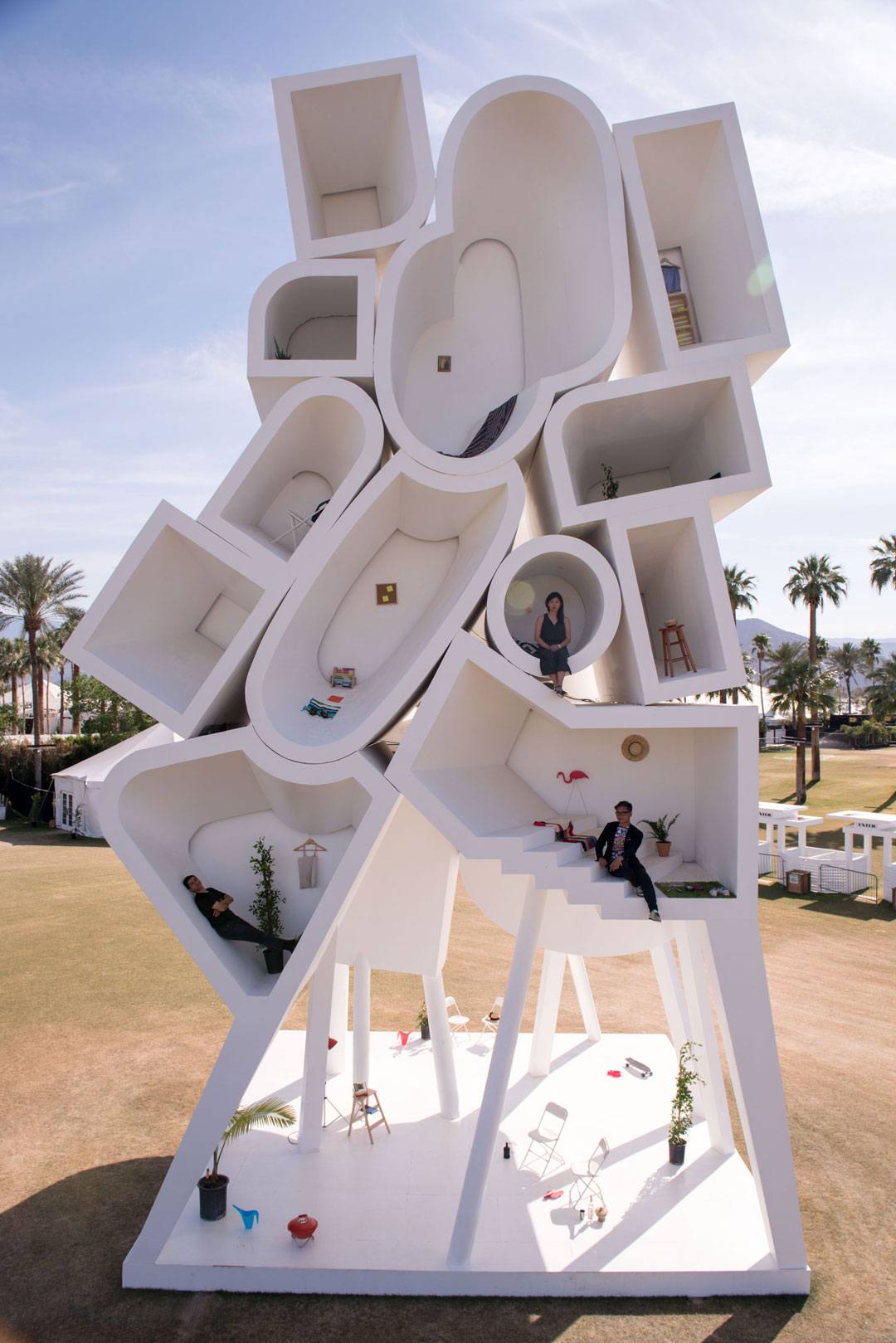 Tower of Twelve Stories by Bureau Spectacular in the Coachella Valley.

Tower of Twelve Stories by Bureau Spectacular in the Coachella Valley. 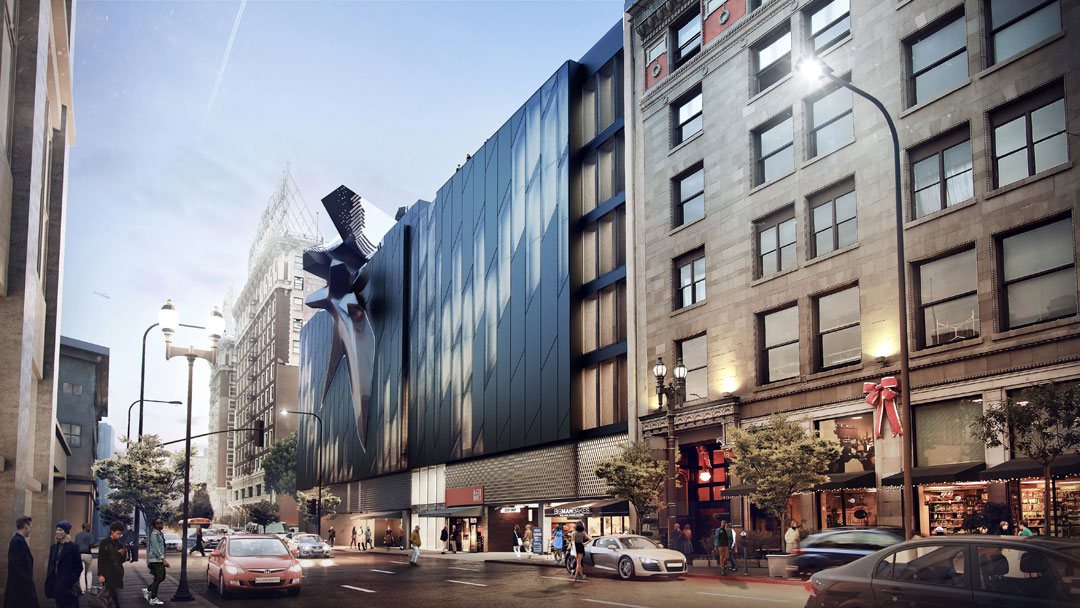 A rendering of downtown's Main Museum of Los Angeles Art, by Tom Wiscombe Architecture, that is scheduled for completion next year.

A rendering of downtown's Main Museum of Los Angeles Art, by Tom Wiscombe Architecture, that is scheduled for completion next year.

And by the same token, has the architectural dynamic of the city had any effect on the community of new artists who are now calling it home?

I’m seeing some intriguing things happening in museum and gallery design at the moment. For example, the installation that architecture firm Johnston Marklee created for the “Moholy-Nagy: Future Present” show at LACMA breaks from the tendency to shroud modern and contemporary art in white-painted rooms. The exhibit features a subtly dramatic layout, with a sequence of galleries that move through the artist’s career, denoted by slate gray walls at the start and progressing through time to light gray. Into the walls of these galleries, they’ve cut doorways that line up in a slashing diagonal, making for a moment of surreal visual drama in an otherwise restrained design.

Are there any local architects that we should be keeping an eye on?

Lorcan O’Herlihy is designing some of the most interesting multifamily dwellings in West Hollywood and Los Angeles, like his most recent, SL11024, in Westwood Village. Tom Wiscombe, too, an architect and teacher at SCI-Arc, is bringing an experimental aesthetic to his projects, including the upcoming, private Main Museum in downtown L.A. Then, there are Sharon Johnston and Mark Lee, from Johnston Marklee, who are designing extremely refined private homes and art spaces, including the Menil Drawing Institute that will open at The Menil Collection in Houston in October. Finally, LA-Mas is a firm that aims to improve residential and public spaces in low-income areas but maintains a strong Pop sensibility while doing so.

Studio Jantzen and Behnisch Architekten’s Parking Structure #6 in Santa Monica and Lehrer Architects’ Central Park Recreation Pool in South L.A. top my list. The colorful parking structure reflects city planners’ goal of beautifying an otherwise banal or even ugly building type. Not only is it intended to accommodate large numbers of bikes and electric cars as well as ordinary cars, it has the added feature of a dramatic red staircase on the facade, aimed at encouraging drivers to walk up and down stairs. For his part, Michael Lehrer drew on California artists Richard Diebenkorn and Wayne Thiebaud and their “beautiful coloration,” he says, as well as David Hockney’s “ebullient turquoise water,” when he and his team designed the pool to replace one that had been closed to locals for 12 years. The design was built on a budget but proves that imagination can go a long way in creating an attractive public venue in a community that had long needed one.

Why have you chosen radio as your preferred method of communicating with the architecture community? What does this medium add to such a traditionally visual conversation?

I was originally drawn to radio because I like asking questions and hearing smart people talk–specifically as it relates to communicating architecture, which is, of course, a visual medium. Paradoxically, radio frees one from images and gives the interviewer time to explore, without visual distraction, the ideas behind and the human impact of buildings.