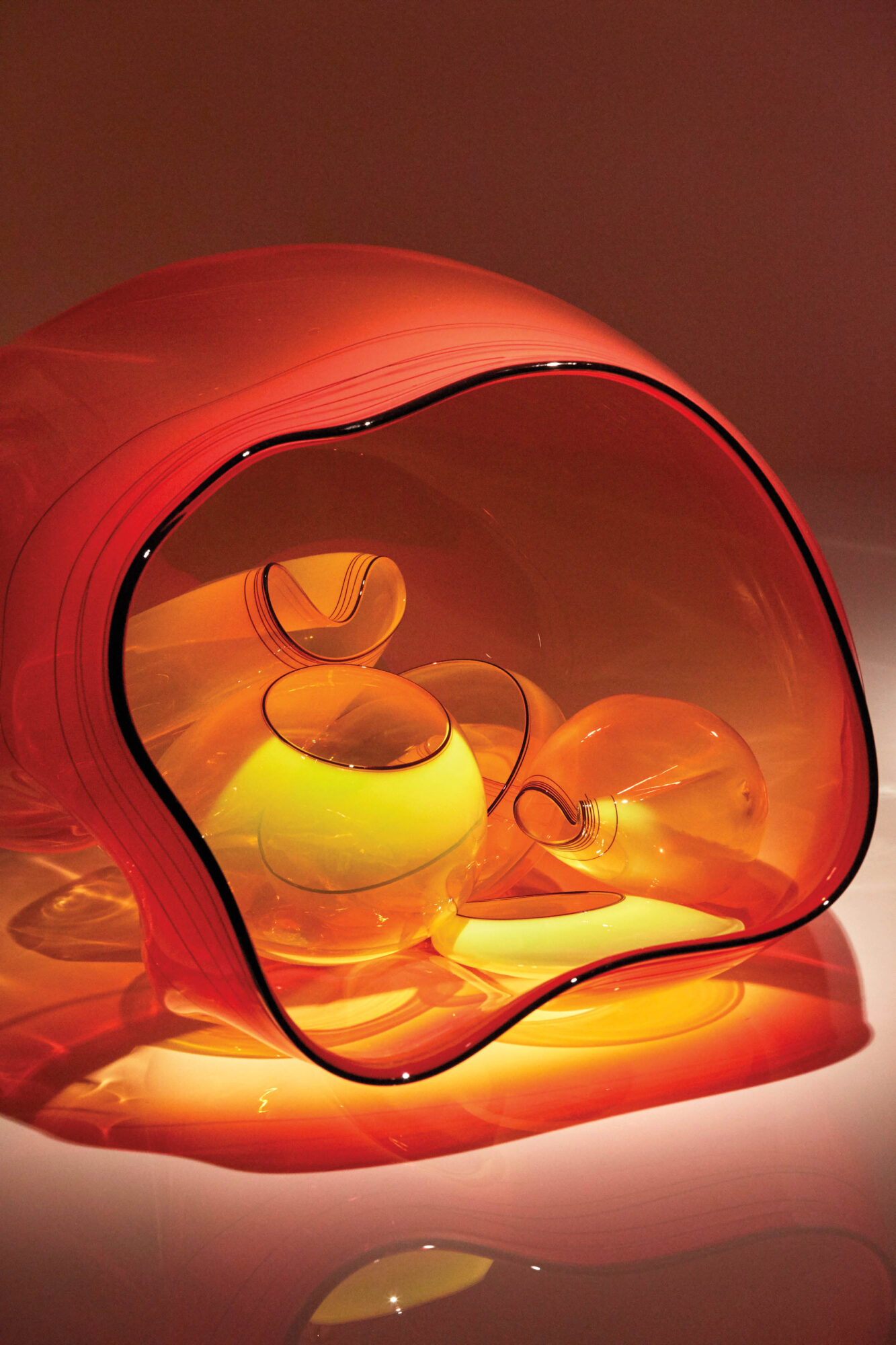 Through February, The Baker Museum in Naples, Florida, will play host to a comprehensive exhibition of American multimedia artist Dale Chihuly’s glass works.

With installations both indoors and out, “Dreaming Forms: Chihuly Then and Now” will feature both recent works as well as earlier signature series, such as “Baskets,” “Venetians,” “Glass on Glass” and “Red Reeds.”

This is the third major exhibition of Chihuly’s work at The Baker Museum, including a show of his works that was featured when the venue first opened in November 2000, and has been timed perfectly to celebrate the recently renovated museum’s 20th anniversary.