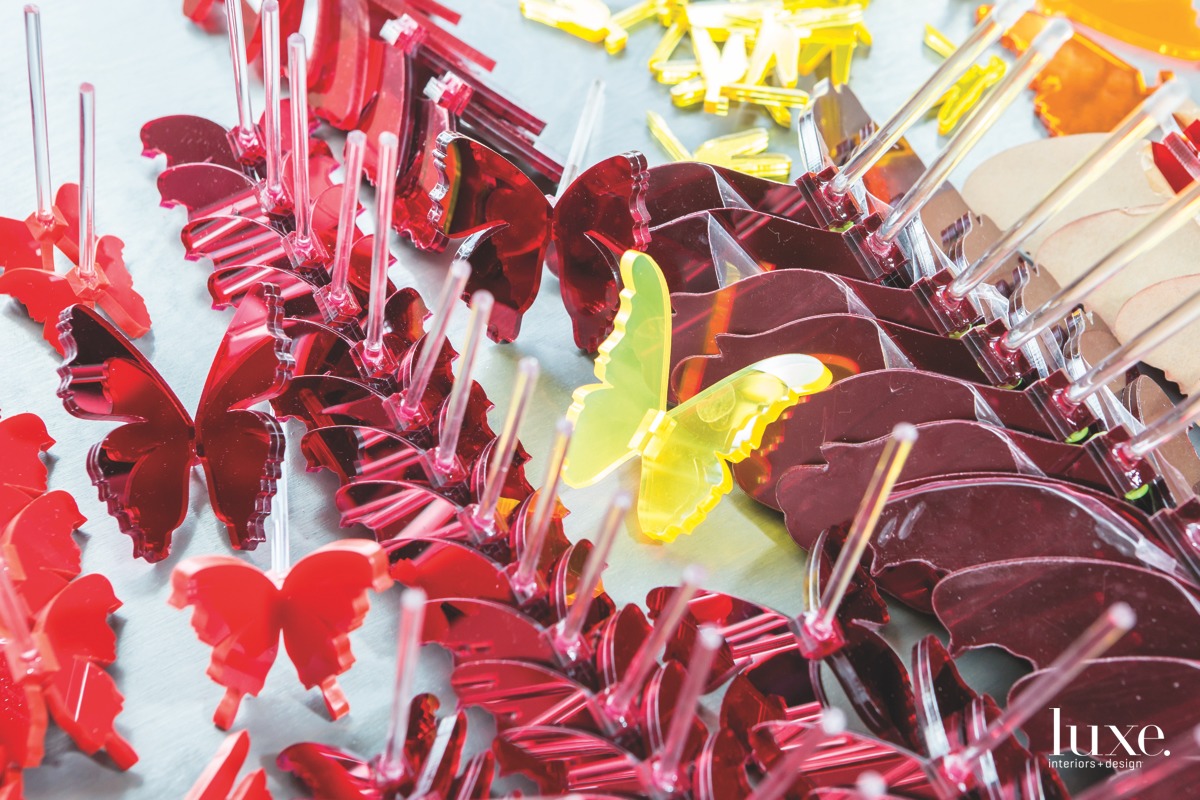 Stepping inside artist Gabriela Noelle‘s Miami studio is like stepping back into childhood. From giant swings to shaggy ottomans to three-dimensional wall installations, her work uses whimsical colors, shapes and motifs–a cascade of cotton-candy pink, a splash of glitter, a flock of butterflies–to bring the fantastical imaginings of youth to sophisticated life.

But take a closer look and Noelle’s pieces tell a deeper story–as much as they celebrate youth, they also offer a glimpse into the future. A series of sculptures called Fossils, for example, featuring oversize acrylic flowers combined with concrete rubble, according to Noelle, represents “a time in the future where foliage or nature might be artifacts of the past.”

Yet, Noelle’s vision is anything but bleak. Rather, she seeks to explore the constantly shifting dynamic between humans, nature and technology, with which she has a self-professed complicated love-hate relationship. “With our growing dependence on technology, our connection with nature wanes,” explains the artist. “However, at the same time everything I do stems from technology, so my work is a
celebration of that process–of going from not liking it to embracing it.”

Raised in Miami by parents who were both designers–her father an architect and mother an interior designer–Noelle’s interest in art blossomed early. But more than the art itself, she found herself initially attracted to the entrepreneurial aspect. What began as a hobby–painting tote bags for her friends–quickly turned into a full-fledged business. “I sold about 250 bags and was able to save up money for my next venture,” she recalls. Soon she was enrolled at Parsons School of Design in New York, where she studied everything from financial management to marketing, all the while running her own businesses. “I became so attached to the business side of things that I realized I wanted to let all of that go and take myself less seriously,” she says.

Noelle shifted her focus to making art, and has since found her medium of choice in Lucite, the trade name for acrylic resin. “I love the transparency of it,” she raves. “Even though it’s man-made, it’s almost like air and water.” Indeed, her sculptures and installations have an ethereal, lighter-than-air quality–a cluster of butterflies on the wall seems on the verge of taking flight.

For an artist who was once fixated on doing everything right, spending her days looking at the world through the eyes of a child has proved liberating. A high-concept furniture collection she debuted at ICFF New York in 2017 earned her major notice, and she is currently preparing to unveil a new series titled Imaginary Friends including “fantastical monster sculptures” and radial work at LNS Gallery in Coconut Grove in July.

“As a child, all I wanted was to get straight As, do as many sports as possible and win awards– as I grew up, I realized that wasn’t necessarily happiness,” recalls Noelle. “So anything that helps you be in the moment and have fun and let go is really what I enjoy and want to spread.” 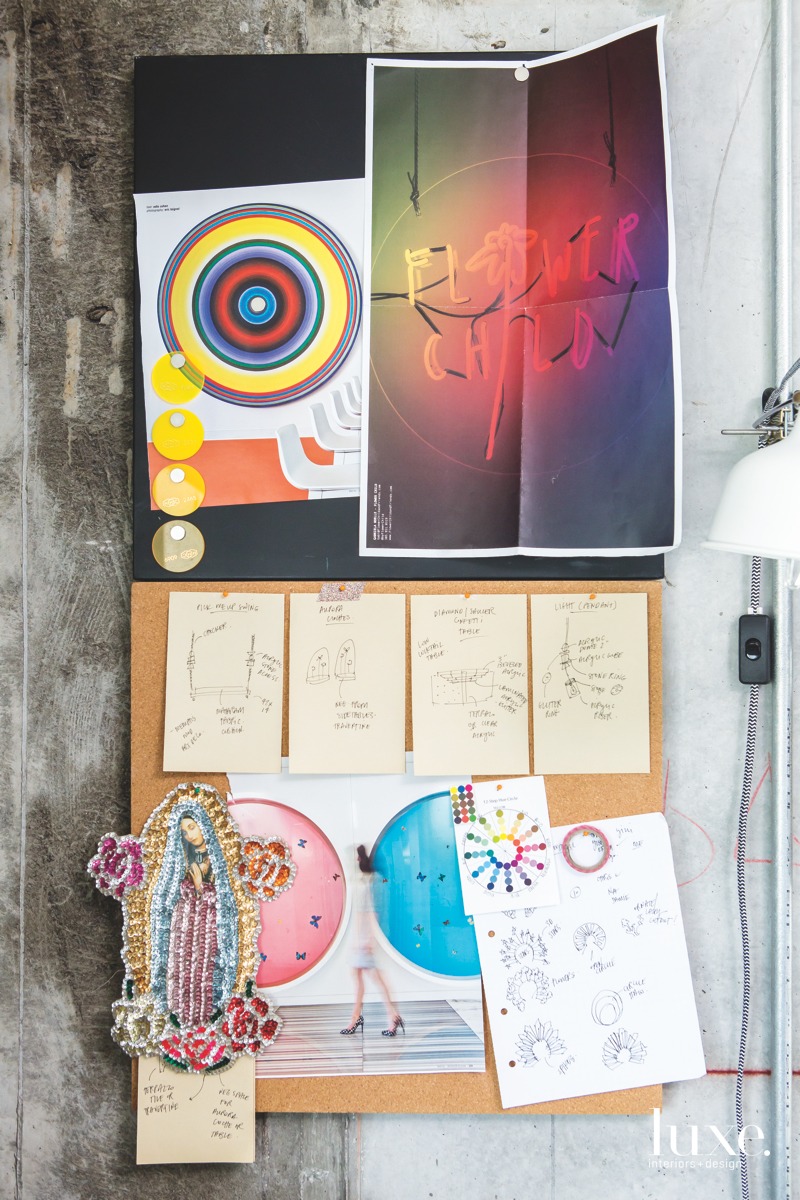 A memo board containing inspirational clippings, notes and sketches hangs on a wall in artist Gabriela Noelle's Miami studio. The Flower Child image is a picture of a neon sign the artist created a few years ago as a reminder to stay "playful, pure, imaginative and curious," she says

A memo board containing inspirational clippings, notes and sketches hangs on a wall in artist Gabriela Noelle's Miami studio. The Flower Child image is a picture of a neon sign the artist created a few years ago as a reminder to stay "playful, pure, imaginative and curious," she says 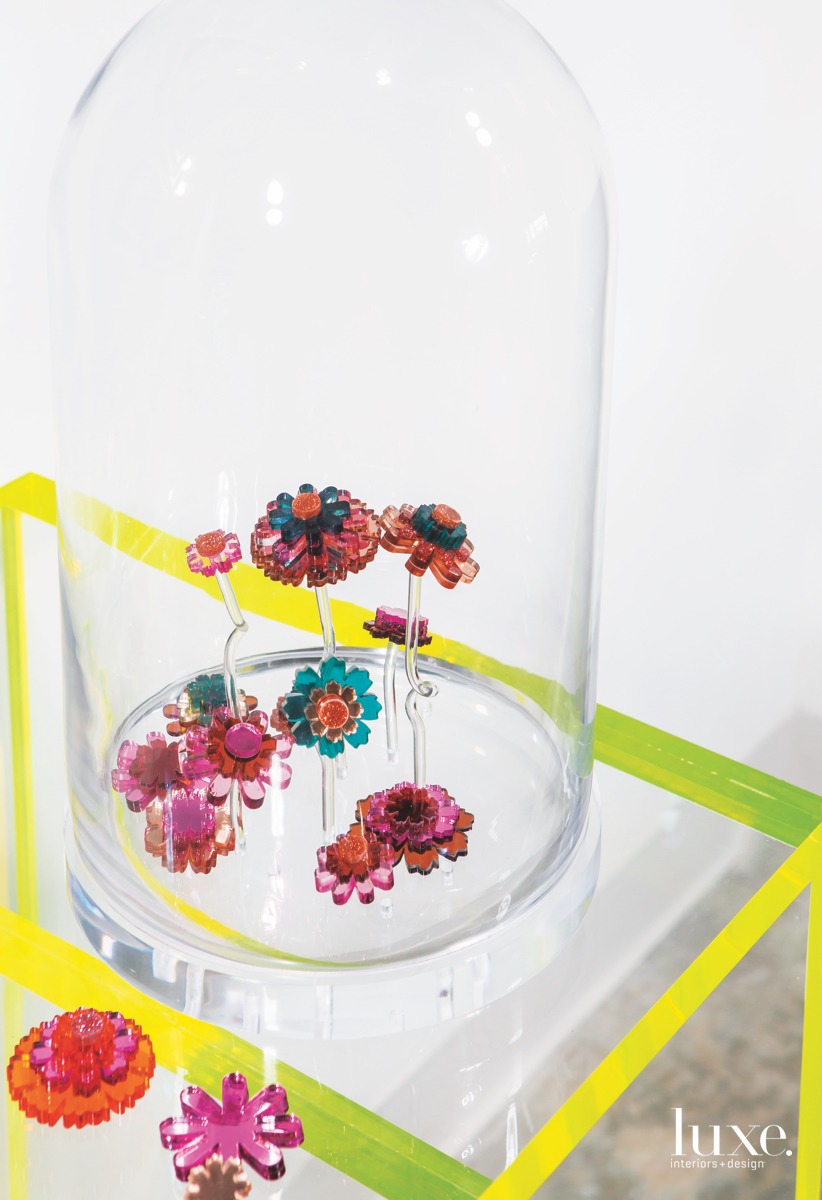 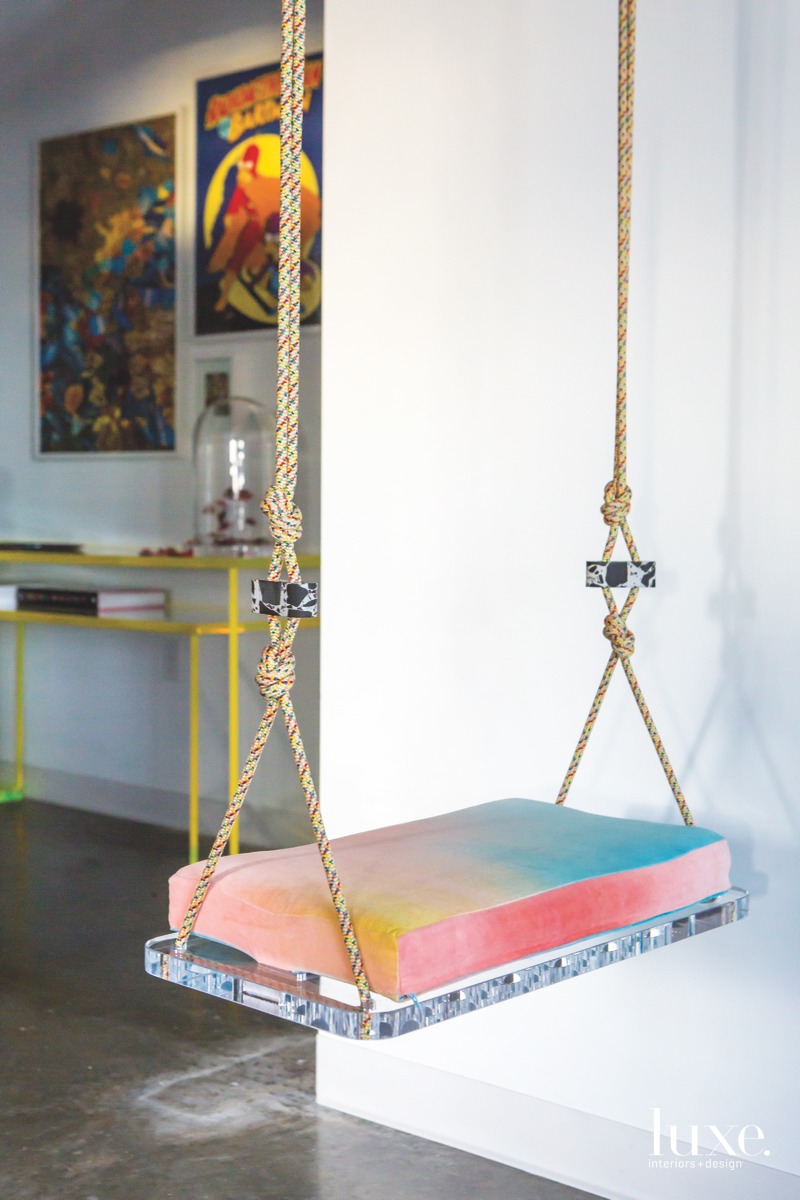 Speaking to those fantastical qualities, the artist's Lucite swing is a whimsical nod to nostalgic childhood memories.

Speaking to those fantastical qualities, the artist's Lucite swing is a whimsical nod to nostalgic childhood memories. 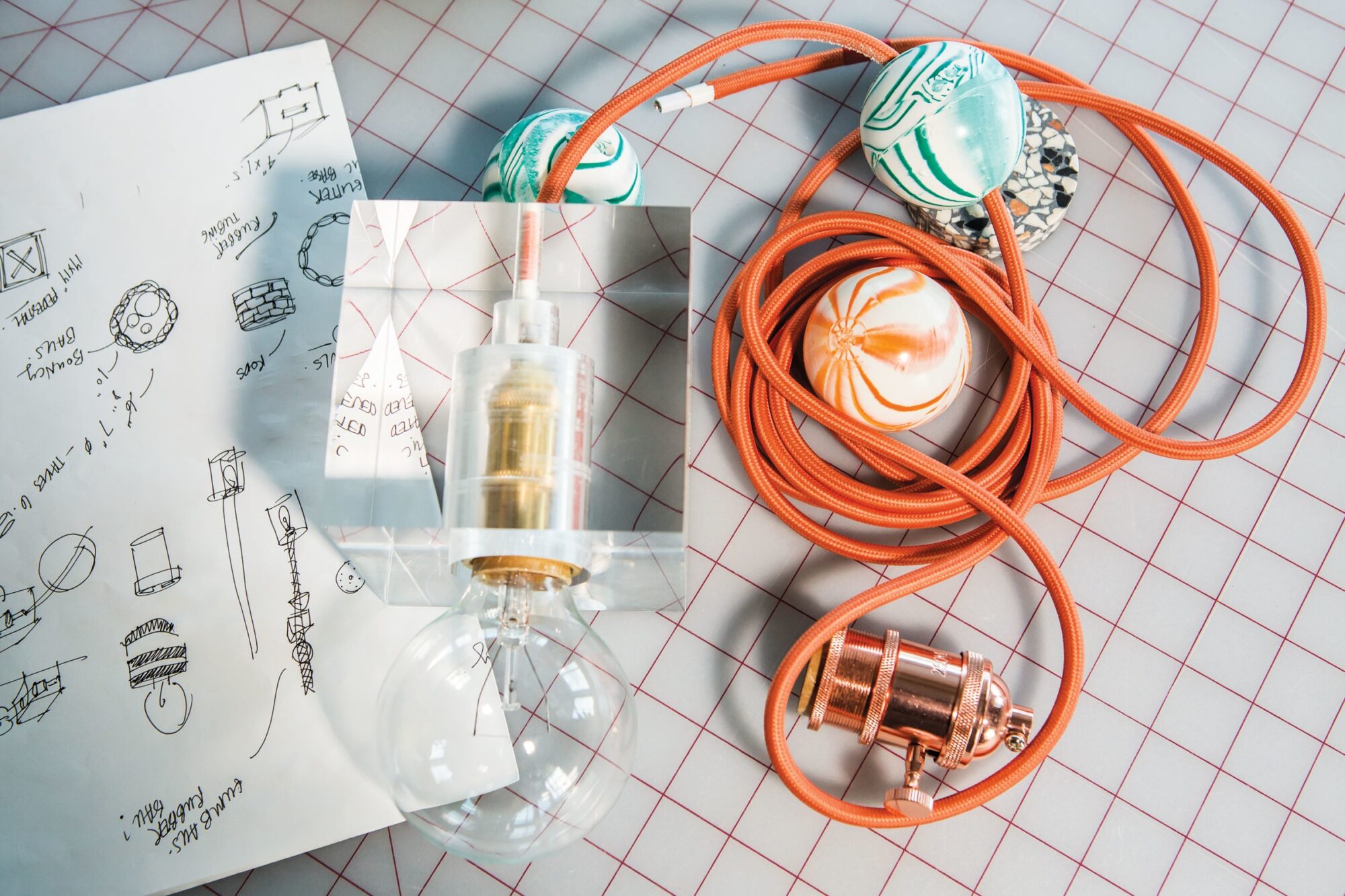