In 1929, a Georgian-style mansion in Greenwich, Connecticut, was built for a wealthy banker and remained virtually unchanged for decades. In 2007, an ambitious developer purchased the vacant estate and began a lengthy renovation. With its 11 acres and newly modernized, updated systems, the home was perfectly reconfigured to suit the new family that would soon take residence, and two years later, the current owners purchased the property from the developer and began the process of making it their own. When they are not in one of their three homes around the world, this spacious abode is a weekend retreat for the couple and their family.

Before developing an all-encompassing plan for the interiors, the couple brought in interior designer Carmiña Roth, who was recommended to them through acquaintances. In the beginning, Roth set out to create functional yet stylish solutions for the entire family. The owners wanted the home to be kid-friendly, so nothing was off-limits for them. What began as an interim role (the designer was initially hired only to outfit the window treatments for the children’s rooms and bathrooms) eventually evolved into Roth becoming the decorator for the entire sprawling estate. While working with a dedicated crew of talented international artisans, she completed the home in just over a three-year period.

Roth was familiar with this specific kinds of client—jet-setting world travelers, complicated schedules, particular about fabrics and finishes, but overall proud of their homes—and she was up for the challenge. Working in close collaboration with the owners, Roth took a room-by-room approach. “Often, the inspiration for a space would come from a rug or a sconce the owner had in storage, or from a sample of fabric they had picked up years ago in their travels,” she says. “We would take the sample and build a story around it.” With a world-class art collection already in tow, building the story was the easy part.

The owners’ preferred color palette, a range of oyster and beige tones, became a theme in Roth’s design. In the formal living room, a pair of gilded antique chairs from Karl Kemp was upholstered in gray linen by Holland & Sherry to soften the traditional edge. Roth then centered the room with a white coffee table from Holly Hunt that—with its parchment top and hand-molded iron base—lends a contemporary element and creates a sense of warmth in the house. “The clients have fabulous taste, and we wanted to blend it with the stately elegance of the home,” Roth says.

Striking finishes also dominate the house. In the living room, the ceiling is coated in a custom lacquer finish mixed with translucent paint and mica. “We must have applied over 50 coats of the pearlescent oyster paint to the ceiling, which first had to be perfectly skim coated,” she says. “It took six weeks to get the ceiling perfect.” Perhaps the most striking finishes are the library walls upholstered in luxurious silk-velvet, Phillip Jeffries’ grass-cloth wallcovering in the formal living room, and a J. Robert Scott neutral silk in the master bedroom. The regal effect, as Roth points out, offers the rooms a certain sophistication and stature.

Although the project is complete, Roth continues to consult with the homeowners and is designing interiors for their family and friends. “I worked on this home, night and day, for three years,” she says. “It was an iterative process for the owners, but I had to put myself in their shoes to make sure I was doing what made them happy.” In the end, she says, their combined visions for the historic estate completely intersected. 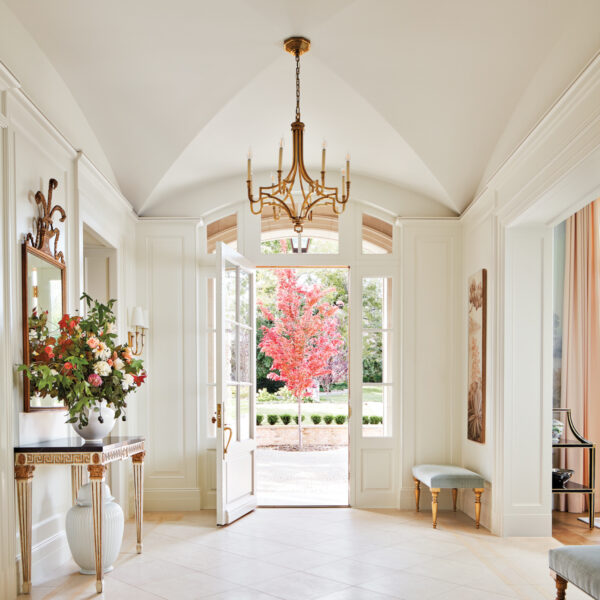 Tour The Artfully Imagined Spaces Within This Stately Dallas Abode 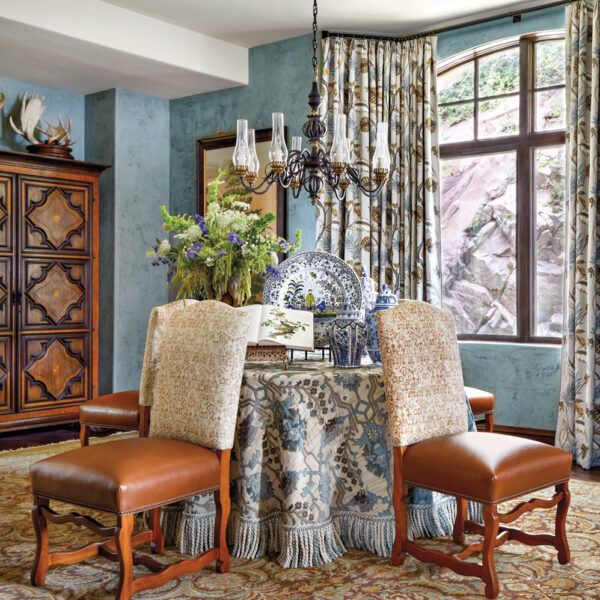 An Aspen Escape Made For Family Time Shines With Traditional Notes 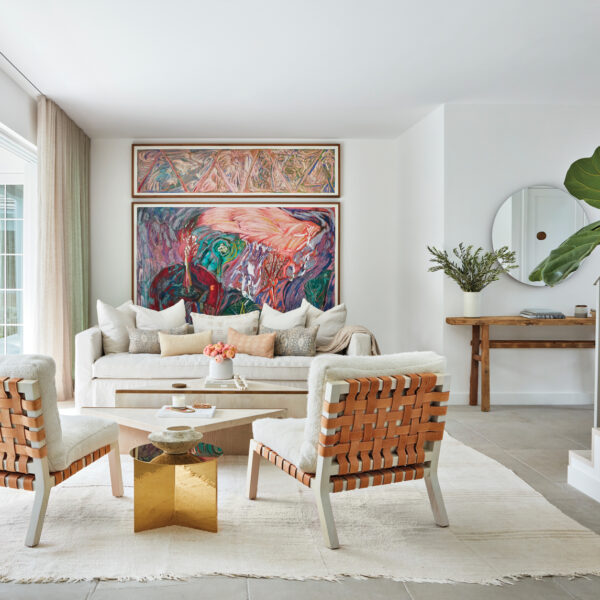 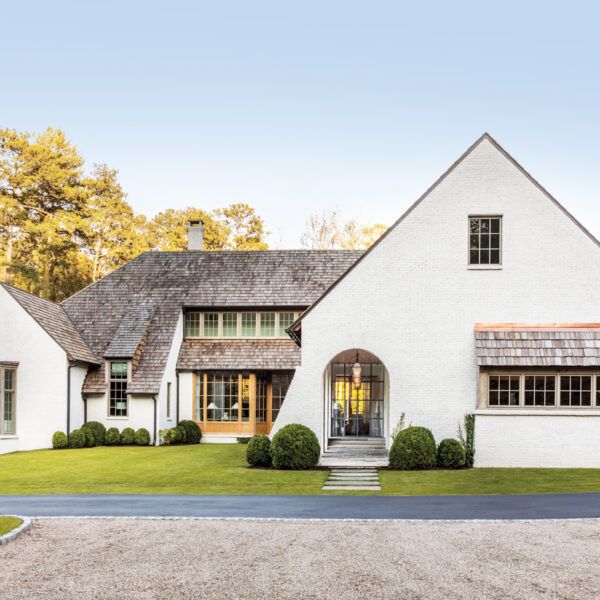