Textile artist Dee Clements (opposite) has been working with fiber for nearly 20 years. She is known for her throws, such as the in-progress piece hanging behind her.

Dog walks are essential to Dee Clements’ artistic process. When strolling the city with her pup, she observes the world around her, storing away visual inspiration she later channels into woven works for her design practice, Studio Herron.

Take, for example, one of her most popular textiles: the Architecture Throw. “That was inspired by the shadow that was cast on this building one morning,” she says. “I recorded that in my mind and it came out later in a drawing. Sometimes it’s a really interesting architectural surface or the way light hits something, or the colors of a flower. I take a lot of photos so that I can recreate those colors somewhere, either in a drawing or in a dye process.” A "Bella" vase holds a bouquet.

A "Bella" vase holds a bouquet. 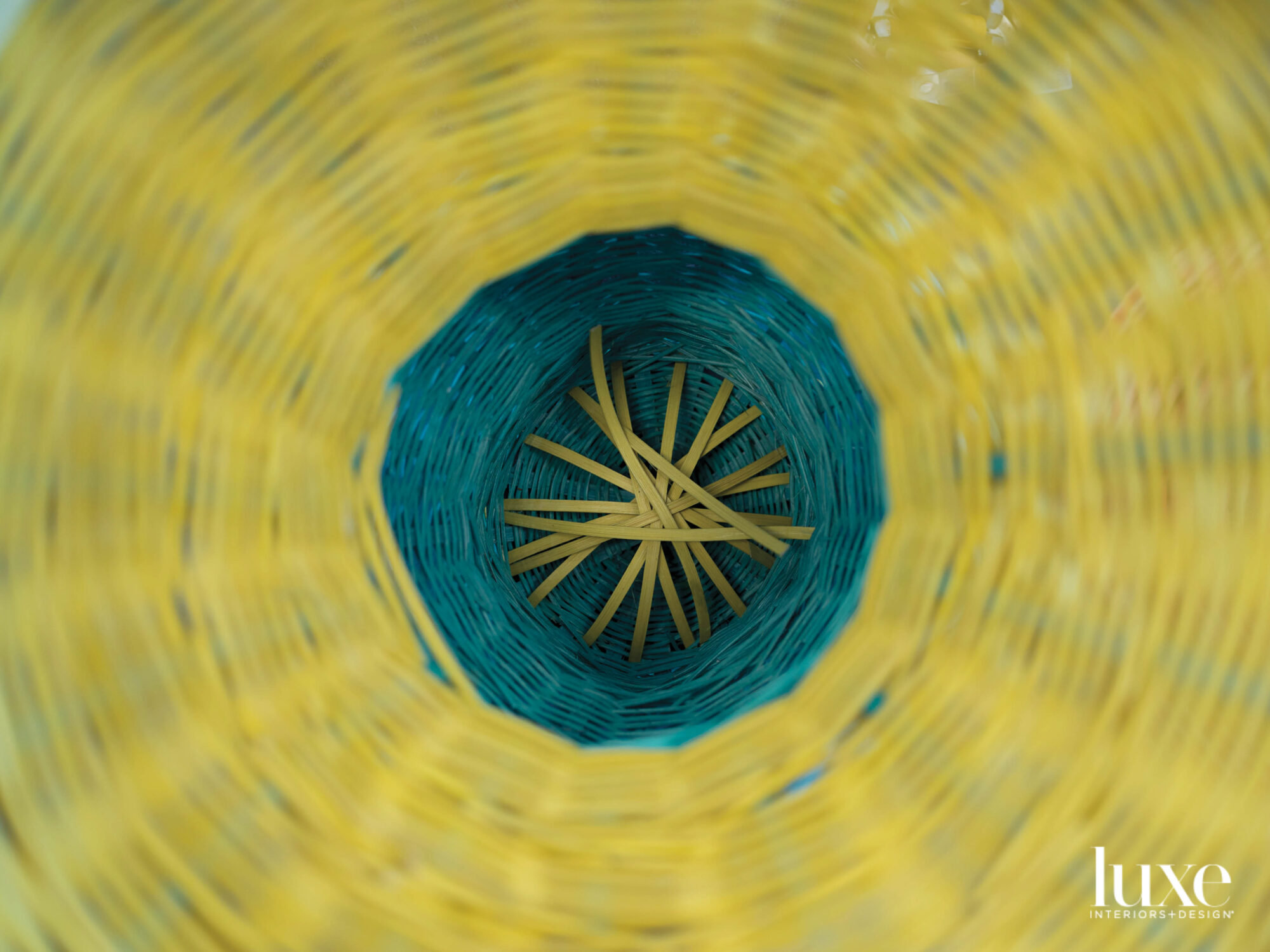 A peek inside a basket.

A peek inside a basket. 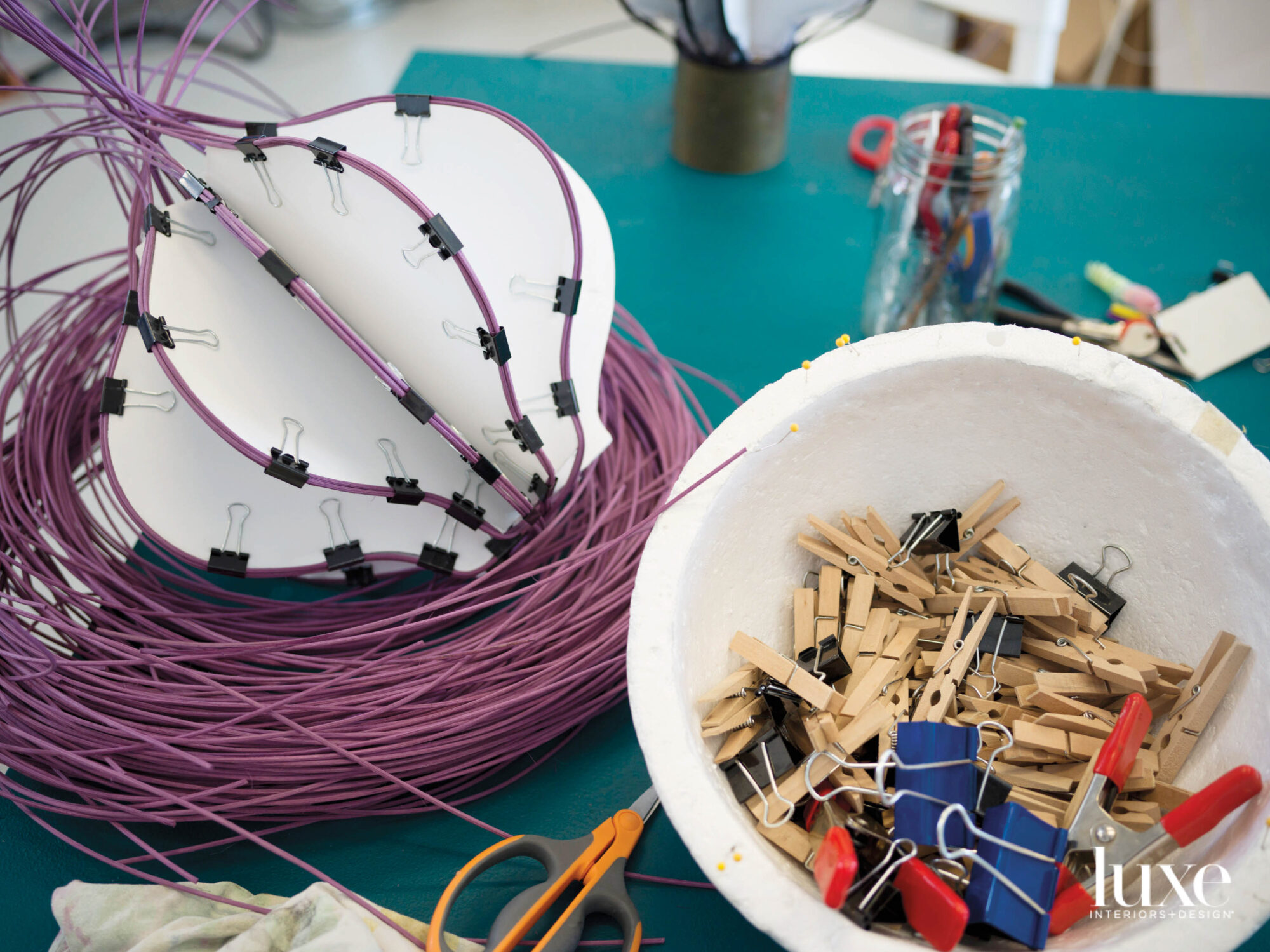 A work in progress that Clements entitled "Penelope."

A work in progress that Clements entitled "Penelope." Since falling in love with textiles almost 20 years ago, the designer has trotted the globe from India to Iceland learning about different weaving techniques and materials. She’s become known for her bold and colorful rugs, blankets and wall hangings. More recently, she has shifted her focus to sculptural baskets, which she began exploring as part of her graduate school thesis at Cranbrook Academy of Art in Michigan. The baskets came out of Clements’ interest in what she calls craft anthropology. “I was really interested in where craft became gendered, and weaving became women’s work and metalwork became men’s work,” she explains. To challenge those traditions, she borrows the language of ceramics and applies it to weaving, crafting three-dimensional pieces using natural reeds, which she hand-dyes to almost-neon hues. “I love doing the dyeing process,” she says. “It’s applying the drawing and painting part of my practice in this whole new way. The color really emphasizes the feminine shapes.”

Clements is also dabbling in custom furniture pieces such as chairs, lighting and couches, which she plans to bring into her repertoire on a larger scale in the near future. While she hopes her works bring people cheerfulness, she also wants the objects to be useful. “The use of the object is just as important as the aesthetics of it,” she says. “Especially in these difficult times, bringing something beautiful and useful into the world is so deeply important. I hope there are people out there using my work too.” 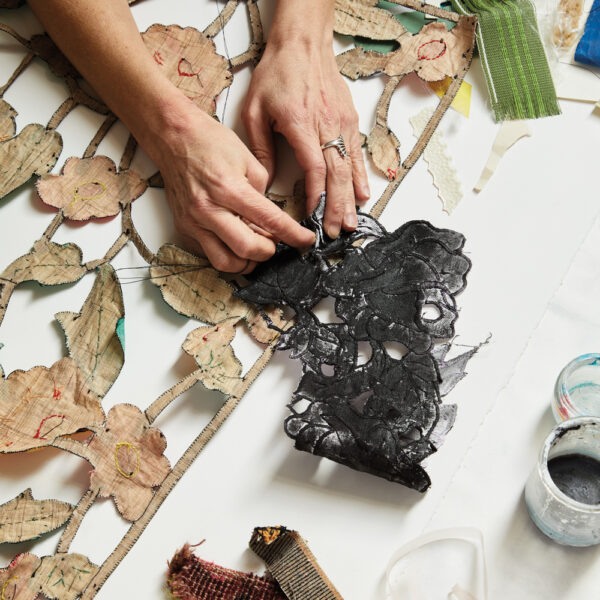 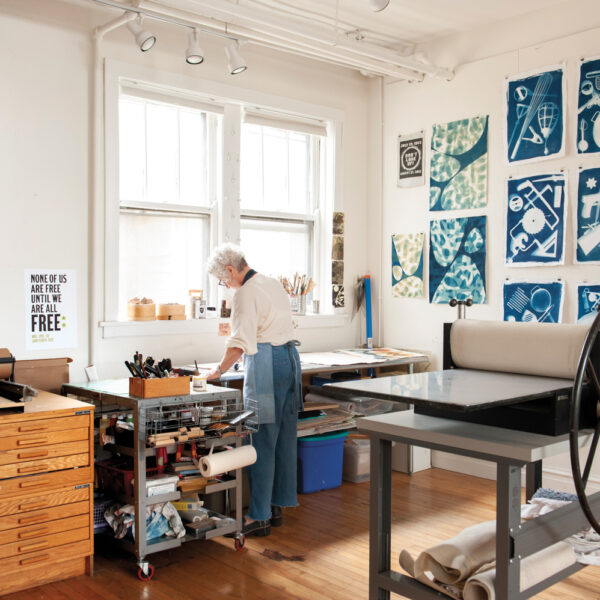 A Chicago Artist Looks To Nature For Her Inventive Monoprints