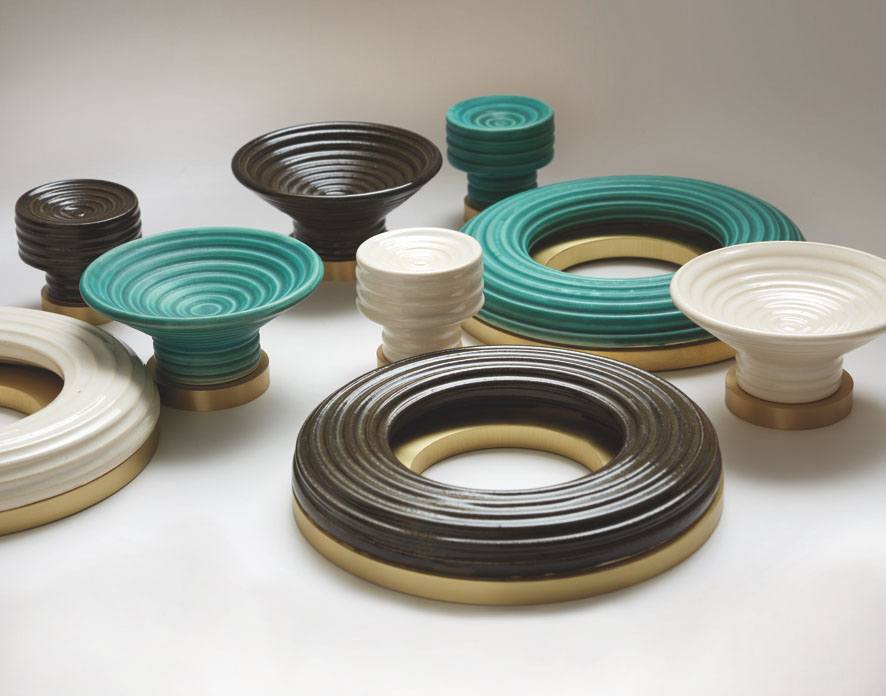 A magical kind of alchemy occurs when hardware and ceramics are combined: Form and function comingle, elevating knobs and pulls to handcrafted works of art. Take, for instance, the stunning collaboration between Nest Studio designer Jessica Davis and the Harlem-based ceramicist Jonathan Castro, whose serendipitous meeting at an artisans’ trade show last year led to a new line of hardware called Glaze.

“When I first met Jess, she asked if I had ever tried making hardware–I could tell she was already formulating in her mind a design that would incorporate the textures from my ribbed ceramics,” says Castro. “That was the spark that put things in motion.”

The pair immediately began working together on the pieces in a very hands-on, organic way. “Because the collection involves both metal and ceramic, there was a decent amount of engineering and fit testing involved,” says Davis.

Each knob or pull in the series begins life as a piece of clay thrown on the wheel by Castro. After it dries, the mounting hole is carved and the grooves are sculpted on the wheel before it’s glazed in one of three colors: ivory, espresso or a jade-like teal, while the back plates are machined out of raw brass. “I love the contrast between the clay’s organic nature and the hard lines of the brass turnings,” says Davis. “It combines something sinuous and handmade with something that is rigid and machined. It’s an intriguing mix.”

That the pieces invite your hand to linger a little longer is intentional. “Texture plays such an important role in ceramics,” says Castro. “This was my first time creating hardware, but I knew that tactile element would be a major part of it. After all, ceramics are meant to be touched.”