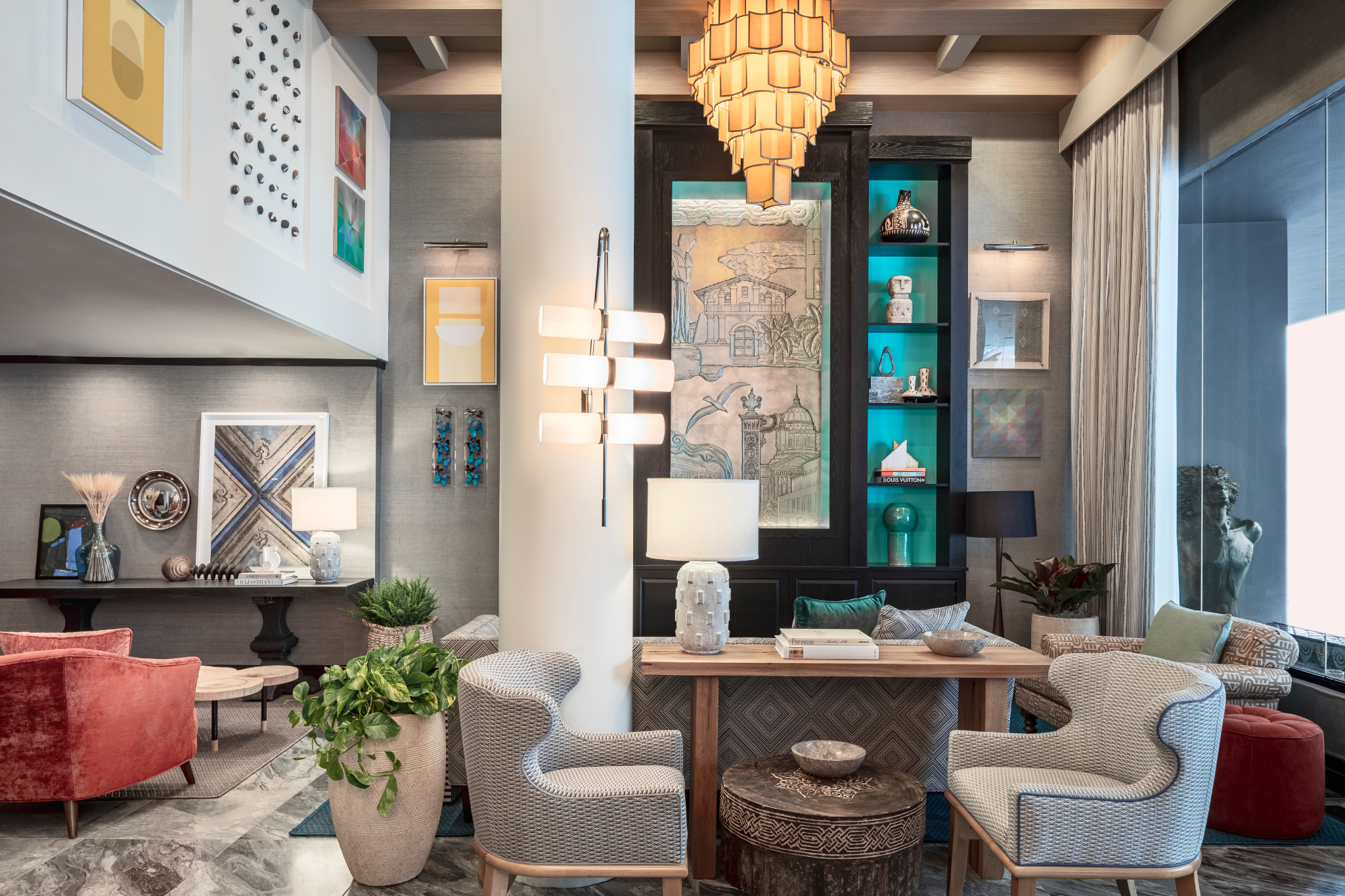 When interior designer Liubasha Rose revamped the Hotel Triton in San Francisco, she had no idea her team would unearth a historic treasure.

Demolition revealed a lobby mural by Persian impressionist Jon Oshanna depicting the Mission Dolores, dating back to the 1940s. “We felt like archeologists uncovering a rare artifact,” Rose says. “As if it were meant to be, the mural fit perfectly into our plan.”

The redesign of the hotel’s lobby and guest rooms merges the Danish concept of hygge with artifacts from around the globe. Using the mural as its centerpiece, the lobby features a Bardiglio marble floor, wood ceiling beams and a selection of art and worldly pieces. 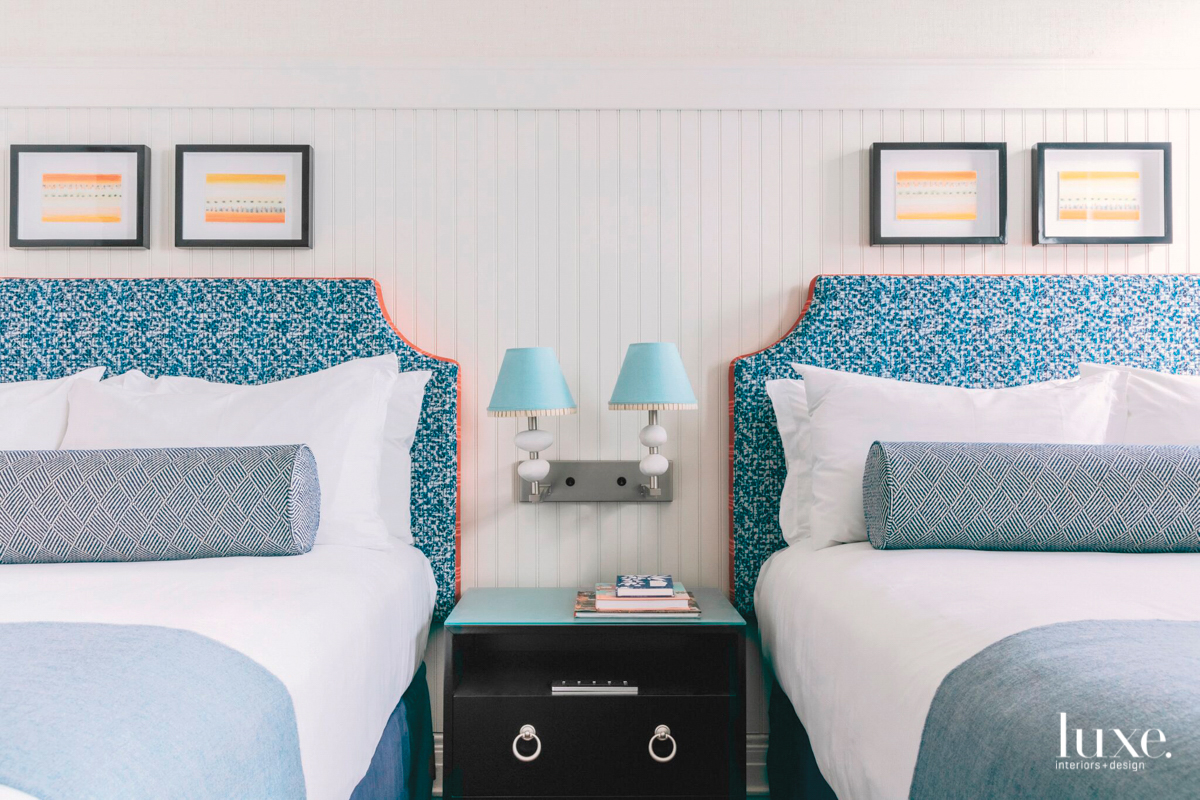