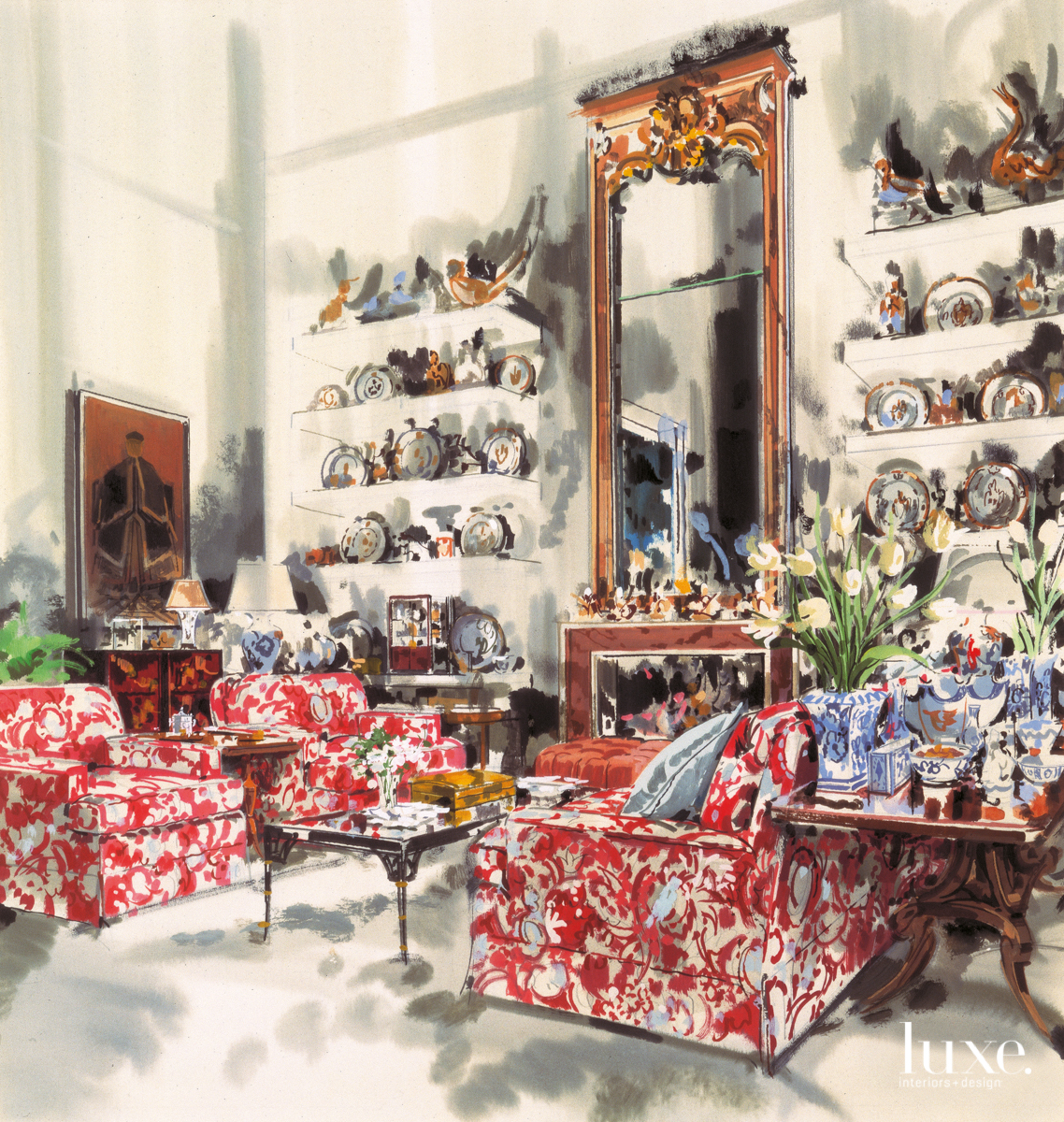 Devotees of late artist and illustrator extraordinaire Jeremiah Goodman (1922-2017) can again delve into his work with Jeremiah: Inspired Interiors (Powerhouse Books), the follow-up title to 2006’s Jeremiah: A Romantic Vision.

Best known for his impressionistic paintings of lavish rooms owned by the celebrated and influential, Goodman began work on this volume in 2016 with his gallerist and editor, Dean Rhys Morgan, while planning for a retrospective at the American Museum in Britain. During their research, the duo found long-forgotten photos and paintings packed away in Goodman’s studio. “We thought the new material would make a great book, but we were only halfway through when he passed,” says Morgan. “Having worked with him for years, I felt it was important to complete the book and share these discoveries.”

The 208-page tome, including forewords by Elsa Peretti and Nicky Haslam and an afterword by Miles Redd, explores Goodman’s private world and features his illustrations for the department store Lord & Taylor, unpublished paintings of his East Hampton home and commissions of rooms by notable California designers Suzanne Rheinstein and Ted Graber (top). “He had such a distinctive turn of phrase,” recalls Rhys Morgan of an interview they did together for the project. “It allowed Jeremiah to lead the narrative and guide readers through the milestones of his fascinating life.” 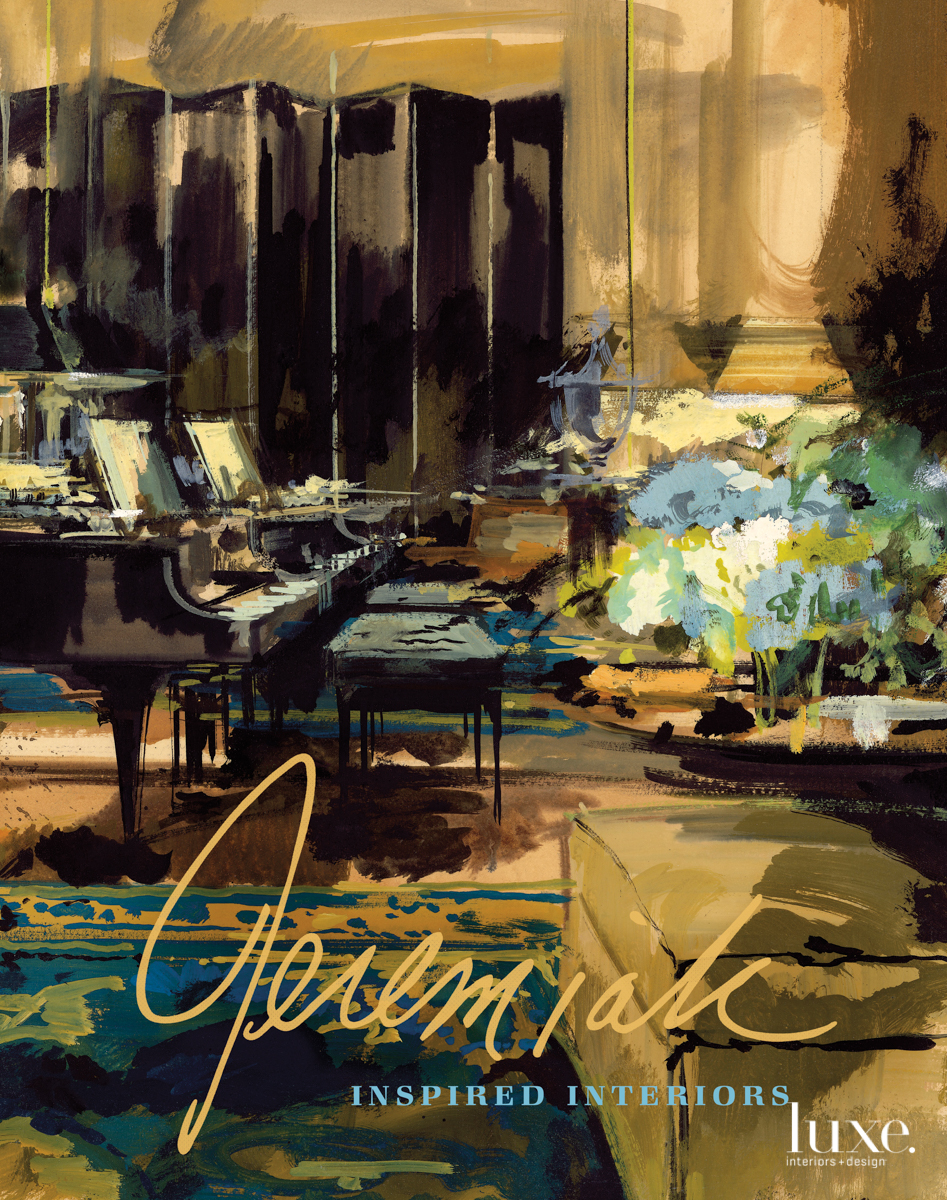